Since the 1.14 update that changed villages and villagers drastically, a whole host of new blocks that both villagers and players can interact with were introduced in Minecraft. For villagers, these blocks determine their profession within the village. When interacted with, they restock their inventories with more trade items.

For players, many of these blocks introduced quality-of-life changes that often go unexplored by beginners. While some are definitely not a necessity for players to have in their home, some of these make the daily life of any Minecraft player much more enjoyable and productive. Here’s how each workstation block functions. 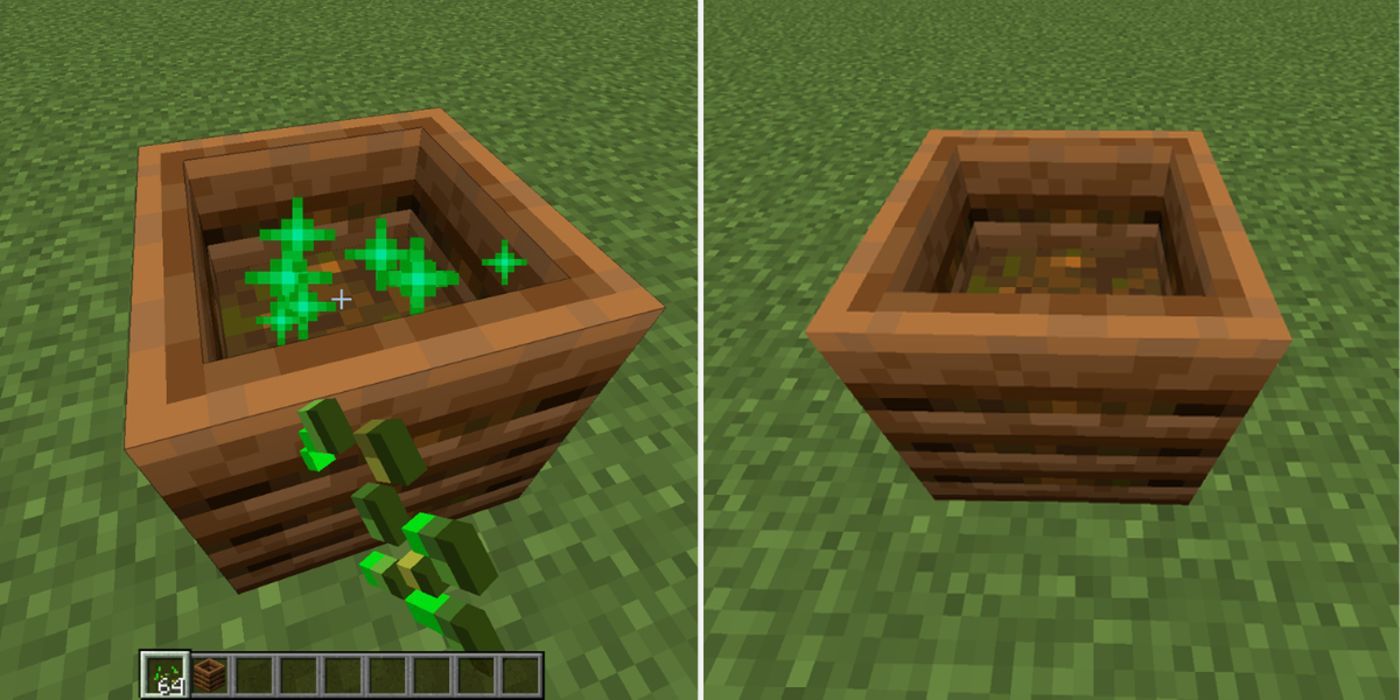 Farmers will know how important bone meal is for growing crops fast. However, finding bones by either finding bone blocks in the Nether or killing skeletons isn’t always an option. Luckily, the composter changes things drastically. Placing any plant, seed, or food in the composter will gradually fill it up.

When the composter is full, it will have white particles at the top, which can be harvested for bone meal. It’s great for getting rid of useless items like lily pads, extra seeds, flowers, or ferns. 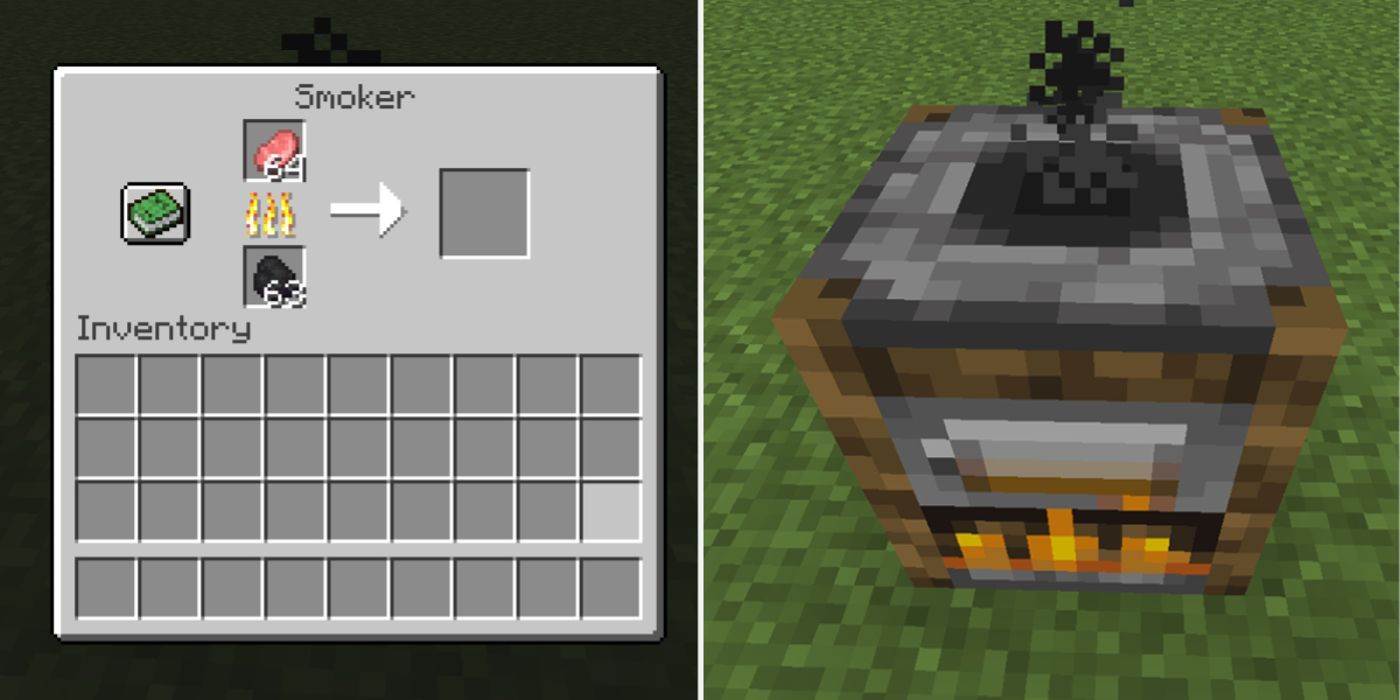 The classic furnace is a great item in the sense that it can both smelt ores and cook food. However, it does take quite a while to wait for the furnace to finish. This is why every good home should also have a smoker in order to cook food items faster.

The smoker is a dedicated furnace for food only, but its fast cooking rate makes it worth using. Any food item that can be consumed after cooking can be cooked within a smoker. 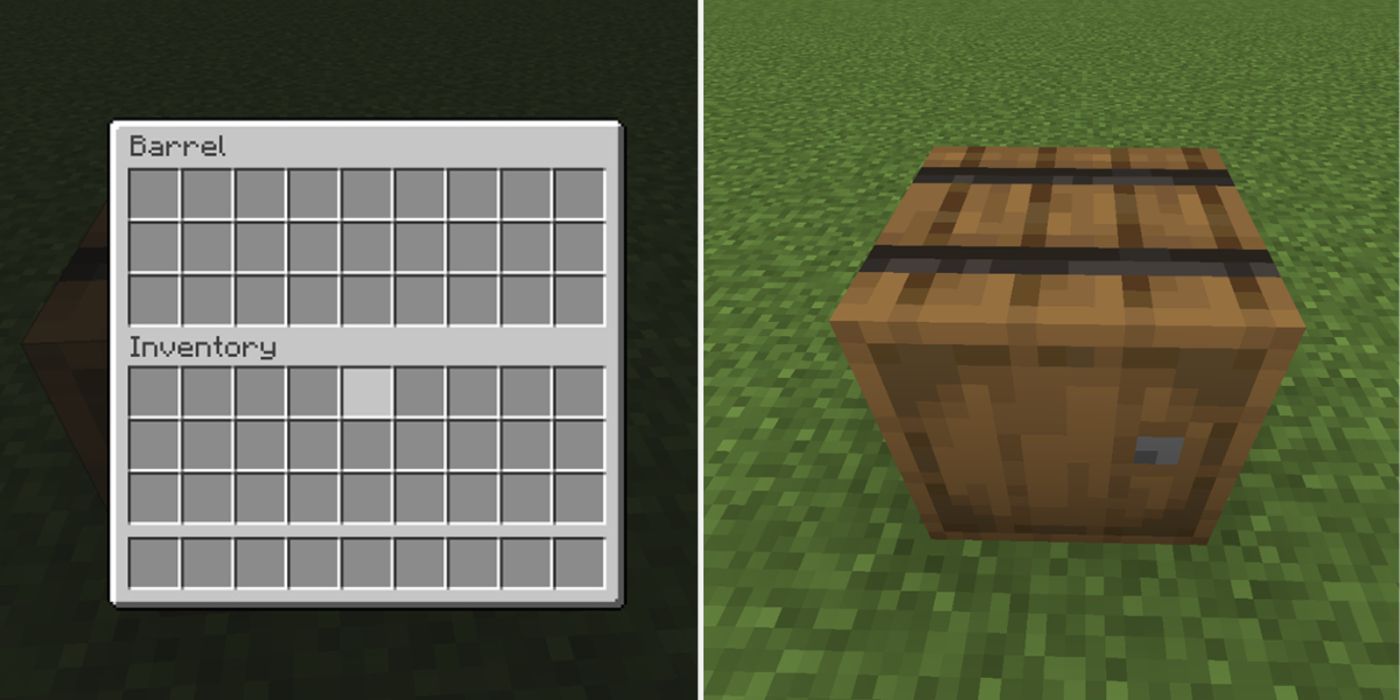 The barrel is the storage system item players have dreamed of for ages, given that it doesn’t need an empty space above it to be opened. It doesn’t have any other use than that — it’s an extra storage space that corresponds to the space of a single chest.

However, considering how compact the barrel is, it has quickly become a favorite among many players as a primary way to store their items efficiently. It’s also fairly cheap to make, costing six planks and two slabs. 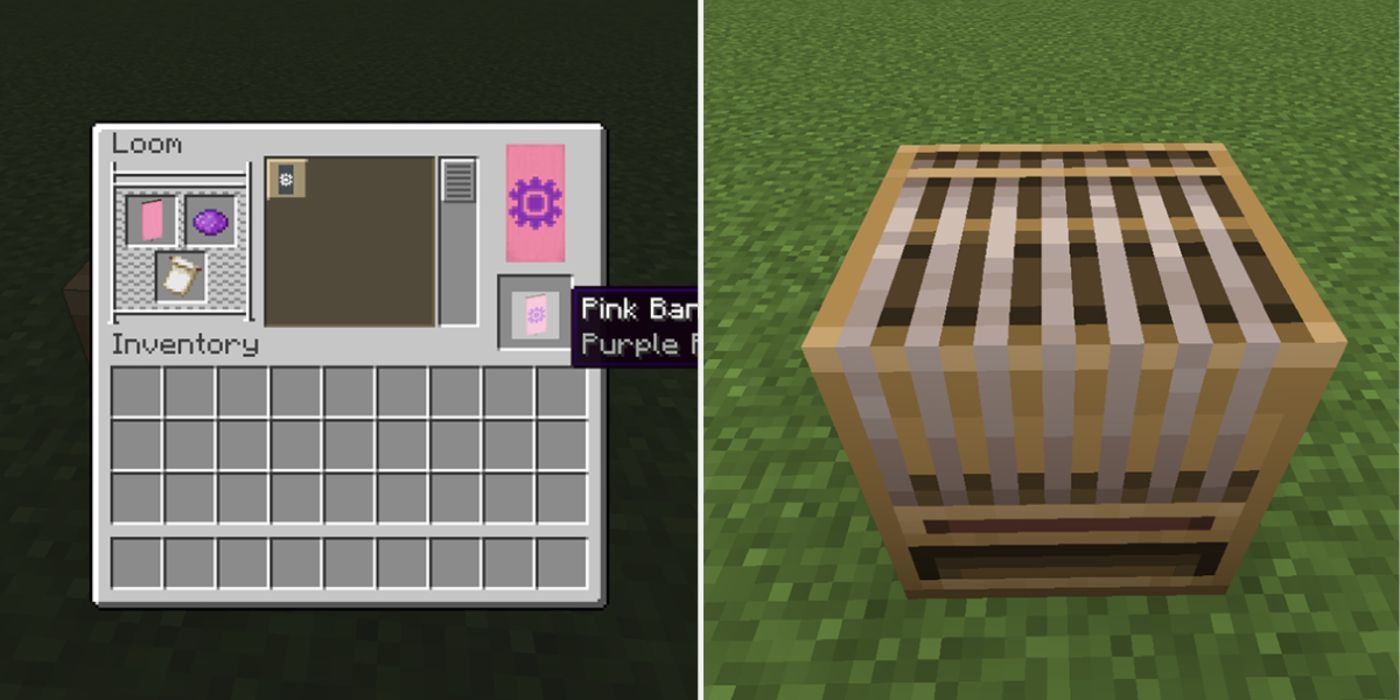 Banners are a great way to set up markers on maps and decorate areas or buildings. The loom block was introduced in order to make the process much easier, complete with a brand new interface. The interface allows players to choose specific patterns and preview their banner before crafting it.

Put in a banner of any color, plus a dye of your choice, and the interface will showcase all available options. It’s fantastic for making flags as well. 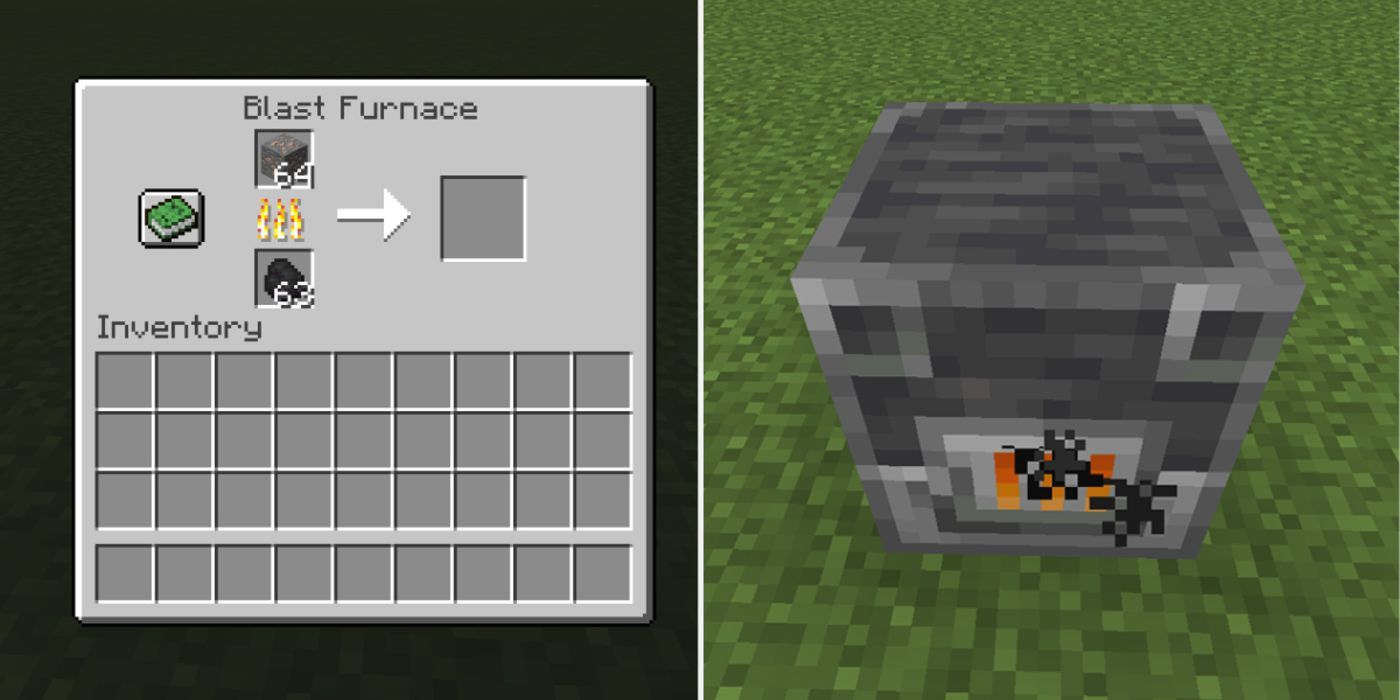 While the smoker allows players to quickly cook some food in a pinch, the blast furnace will quickly smelt ores. This is basically a variant of the classic furnace, but you can only put in ores that can be smelted. This includes iron, gold, or ancient debris.

The rate at which this furnace smelts ores is significantly faster than a regular furnace, so it’s a staple for any household. The blast furnace speeds up a tedious process for players who truly enjoy mining their resources. 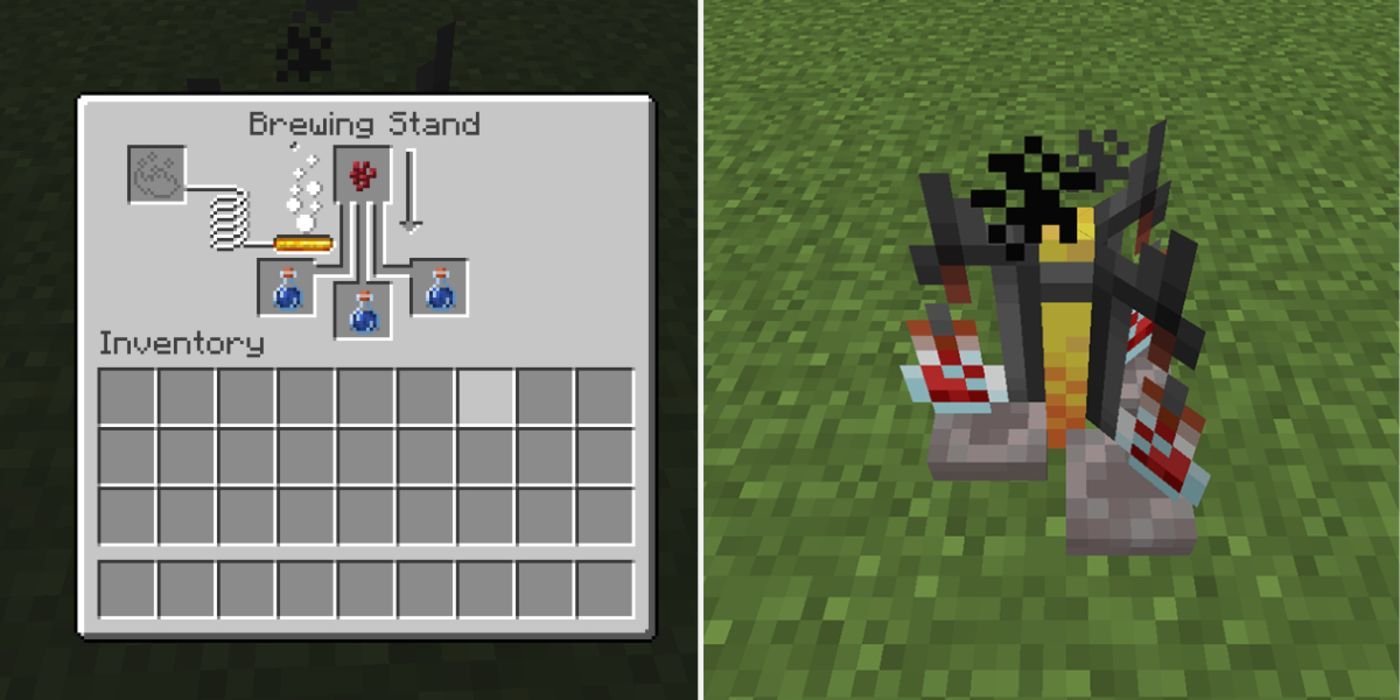 The brewing stand has been in the game for ages, and as such isn’t really a new addition to the 1.14 update. Brewing stands can be found in some villages with a cobblestone tower or in the basement of igloos. End Ships will also have a brewing stand.

In order to make potions, you’ll need Blaze Powder, as well as Nether Wart, both of which can be found inside Nether Fortresses. For an in-depth guide on potions and how to make them, check out this complete potion guide. 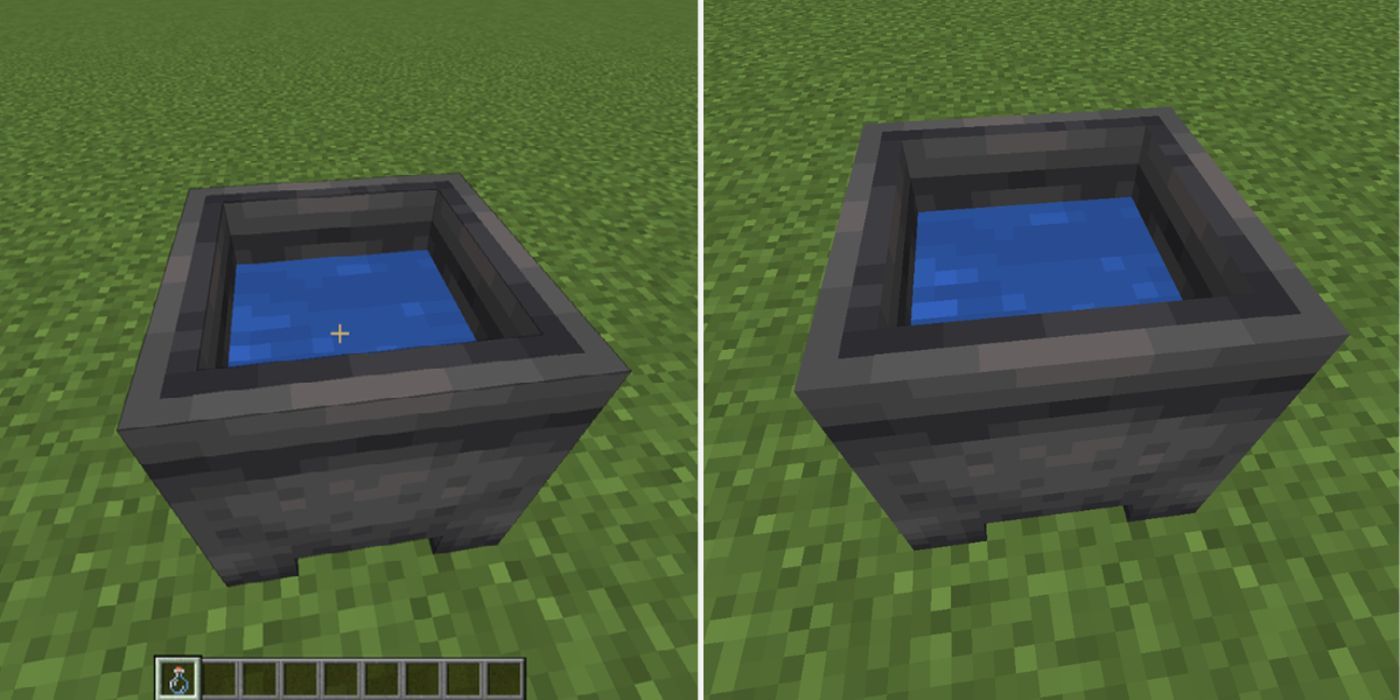 Cauldrons are another older block in the game that has been around for some time. They can also be found in villages, igloo basements, and witch’s huts in swamp biomes. Their sole purpose is to hold water in them.

While cauldrons are great for holding water for brewing potions, the water source actually depletes when bottles are filled, which forces you to pour another bucket for water in. It’s actually better to just have a source block of water on the floor than a cauldron. 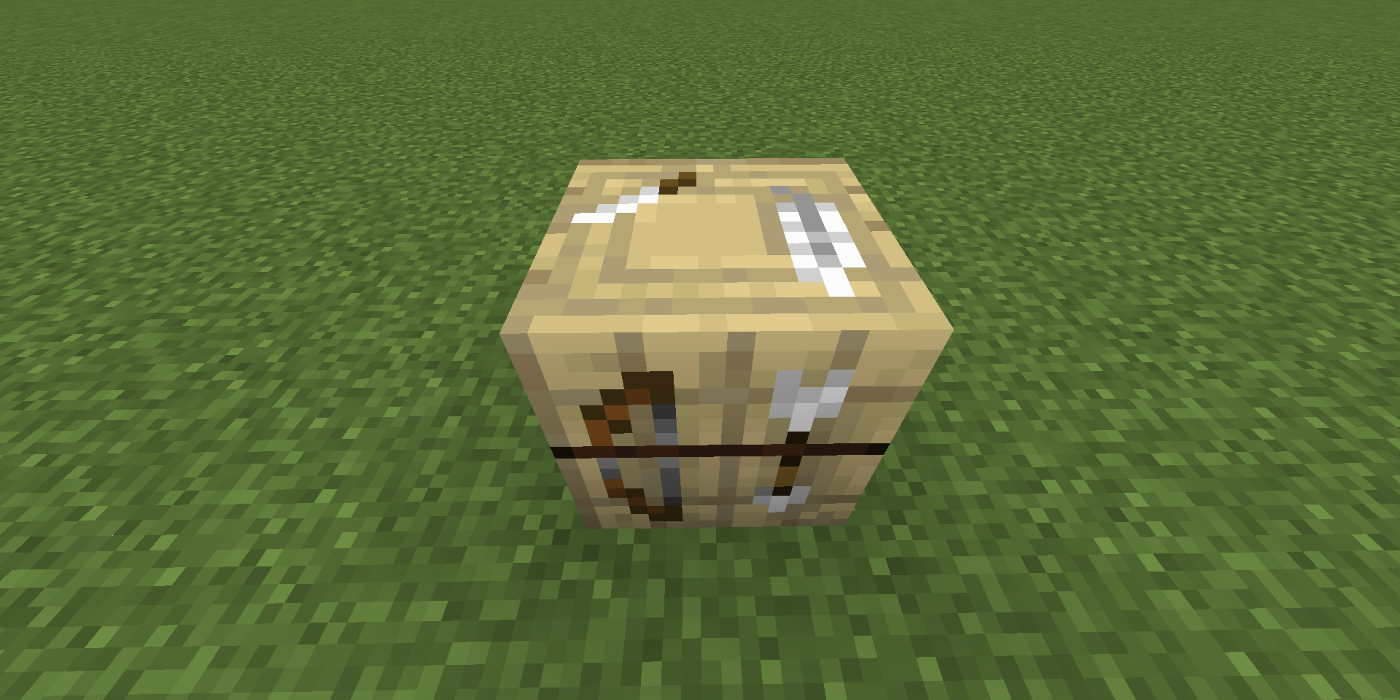 The only workstation block introduced in 1.14 that has no utility for players is the fletching table. It’s a bit of a shame that there’s no functionality for it, as it could be a way for players to make special arrows or alter their bows and crossbows.

For now, however, it’s more of a decoration block and utility block for villagers to pick their profession. 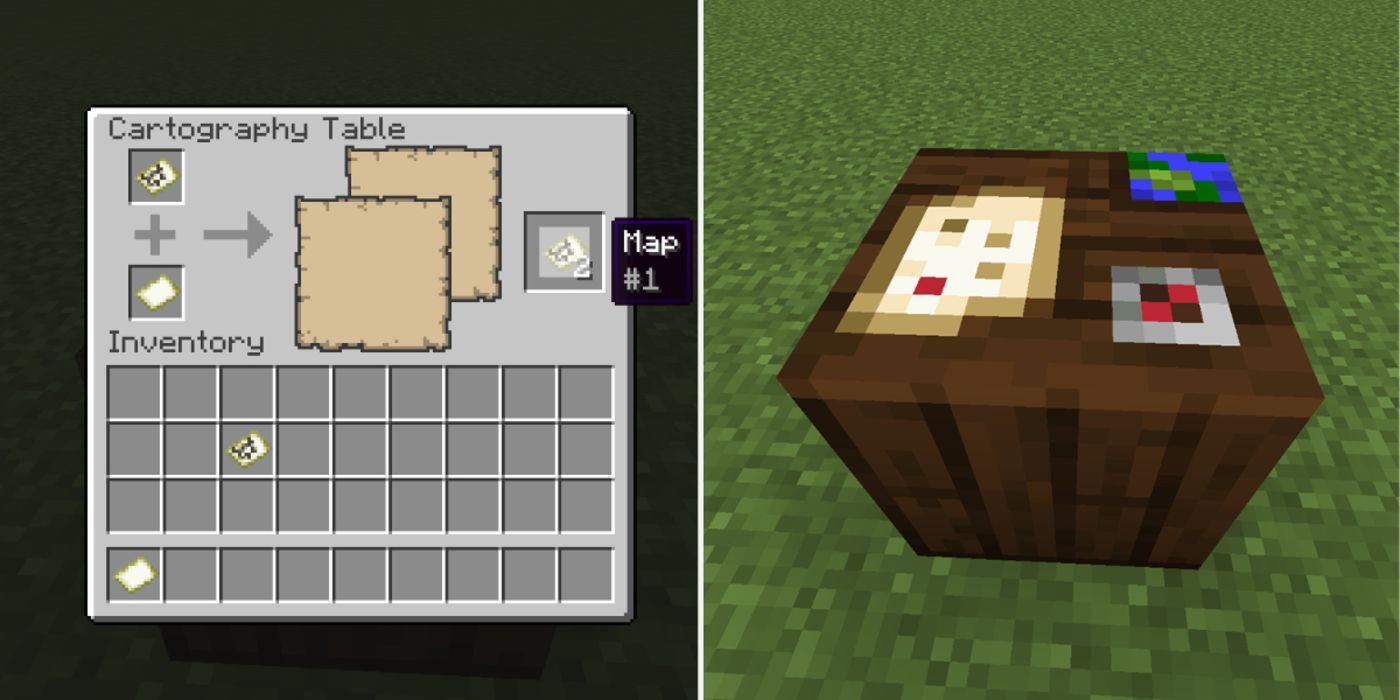 If you’re looking to map out your Minecraft world, a cartography table is an easy way to help you out in the process once you’ve crafted a map. This table can alter maps in several different ways by either zooming them out, expanding them, copying them, or locking them. 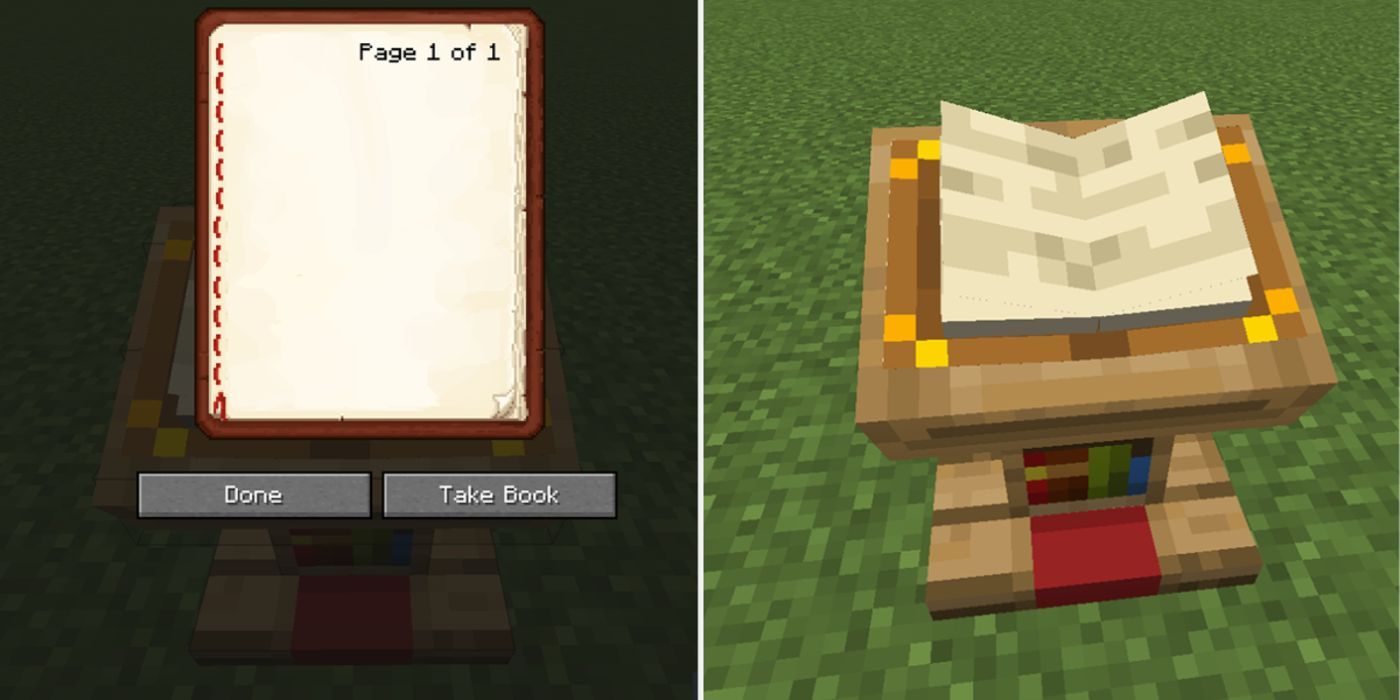 Lecterns are another block that doesn’t really have an interesting function. They’re more useful for decoration and immersion. The only purpose they have is to hold a book and quill, which other players can interact with by reading and editing it.

The book can also be taken or placed back down on the pedestal. In adventure mode maps, lecterns might play a better role since they serve as a way to hold books that might explain some lore. 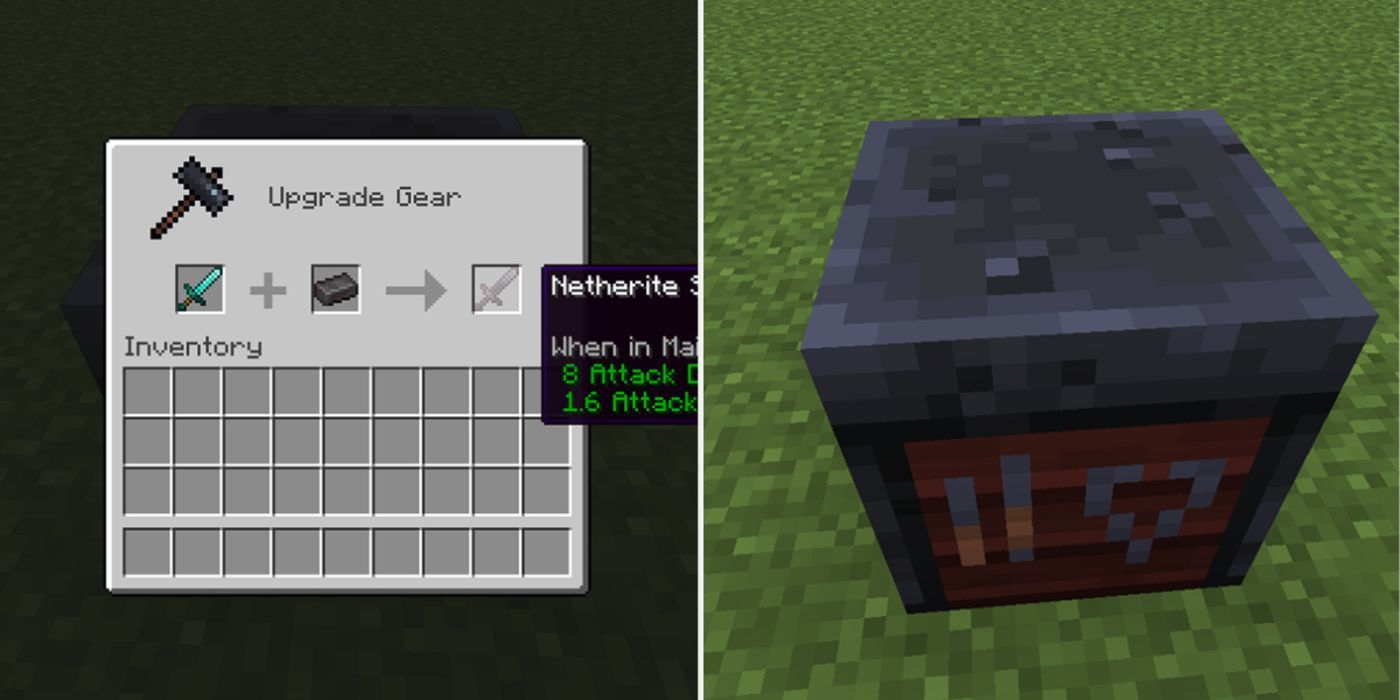 Since the 1.16 update, smithing tables have essentially become a staple for any player looking to make Netherite armor. Since Netherite armor isn’t crafted like diamond gear but rather used as a coating, you’ll need to already have a piece of diamond gear to upgrade it to Netherite.

In the interface, place down any piece of diamond gear, enchanted or unenchanted, as well as a Netherite ingot. You’ll then receive the Netherite version of the item. The process won’t cost you any experience points. 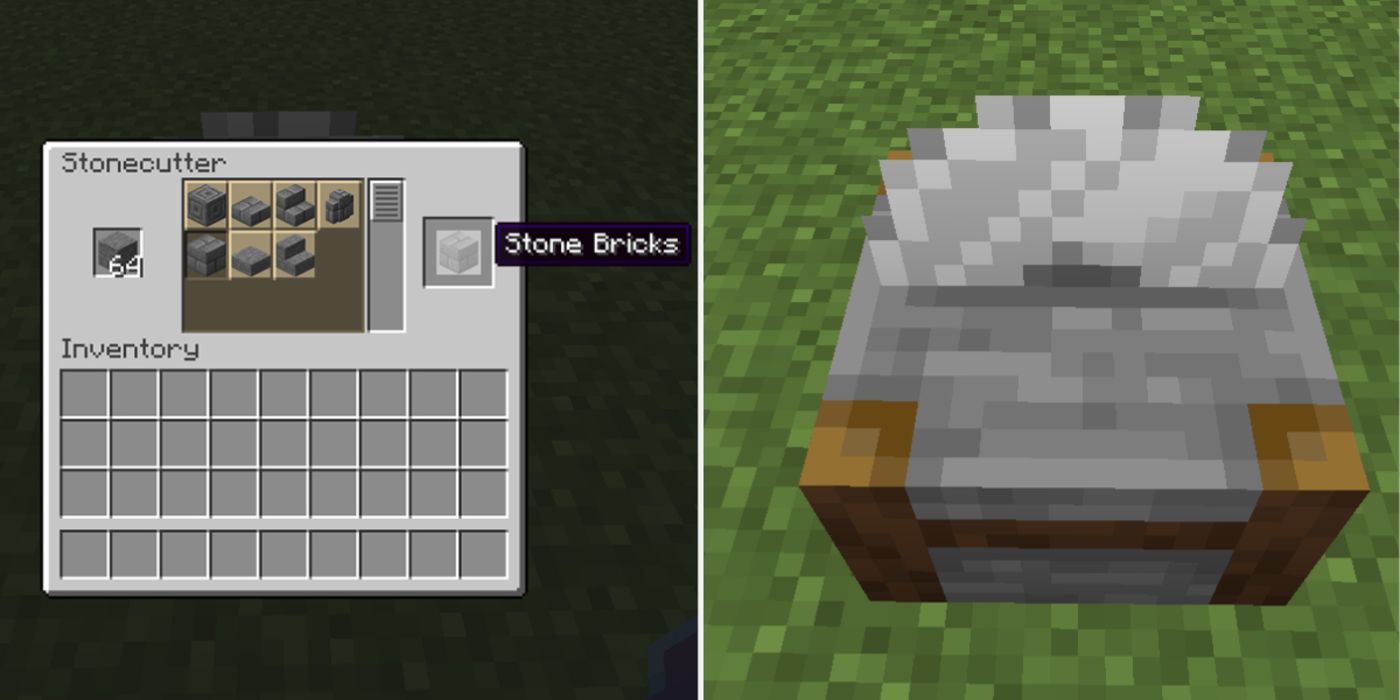 Builders were frustrated for a long time by how each variant of a block needs to be separately crafted on the crafting table, but the introduction of the stonecutter changed building and landscaping.

This tool is fantastic for any builder who wants to create a more precise amount of different block variants. It works for every stone block, from cobble to sandstone, and is an easy way to make cracked stone bricks and other rare variants. 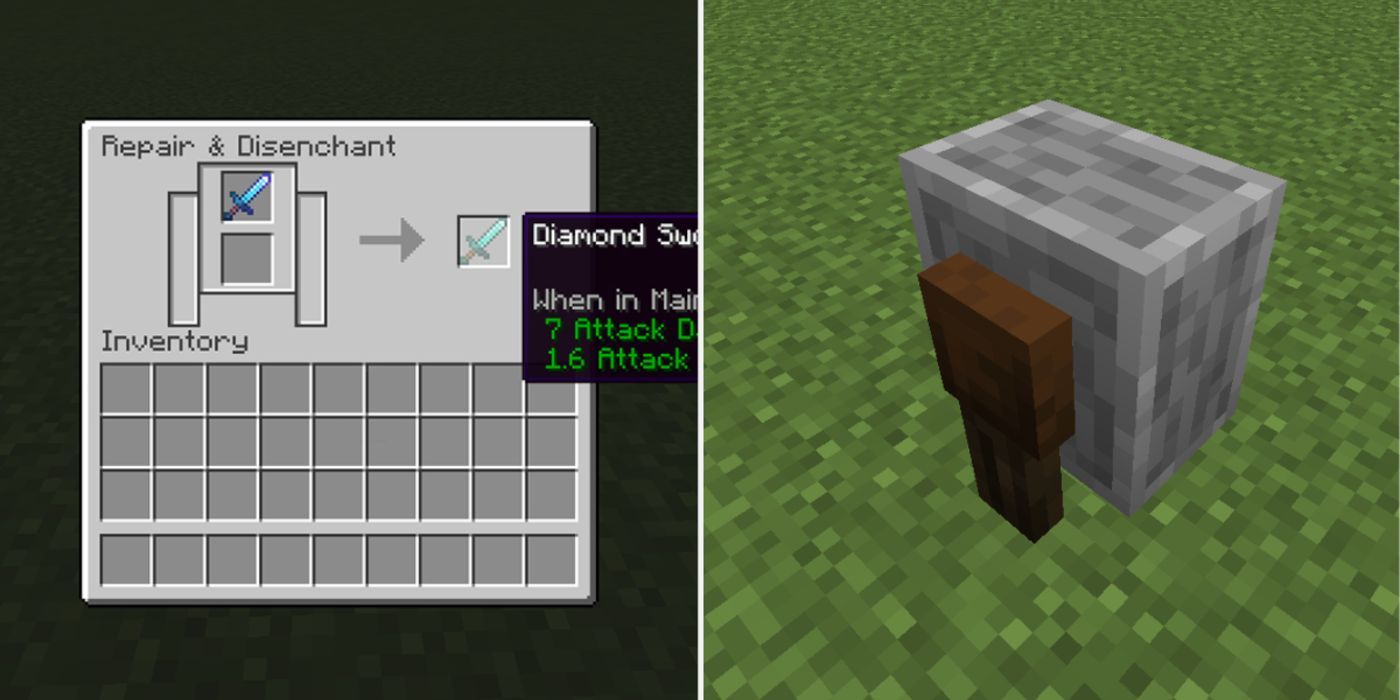 Gone are the days when players would have to roll the dice with their enchantments and then simply deal with the fact that they hated what they received from the enchantment table. Thanks to the grindstone, enchantments can now be removed and some of the experience points will actually be returned.

Moreover, it allows players to repair gear for free, although any enchantments will be removed in the process, and some experience points will be returned. It’s a nice budget version to the anvil and makes repairing gear early on a bit more doable.

NEXT: Minecraft Complete Guide And Walkthrough 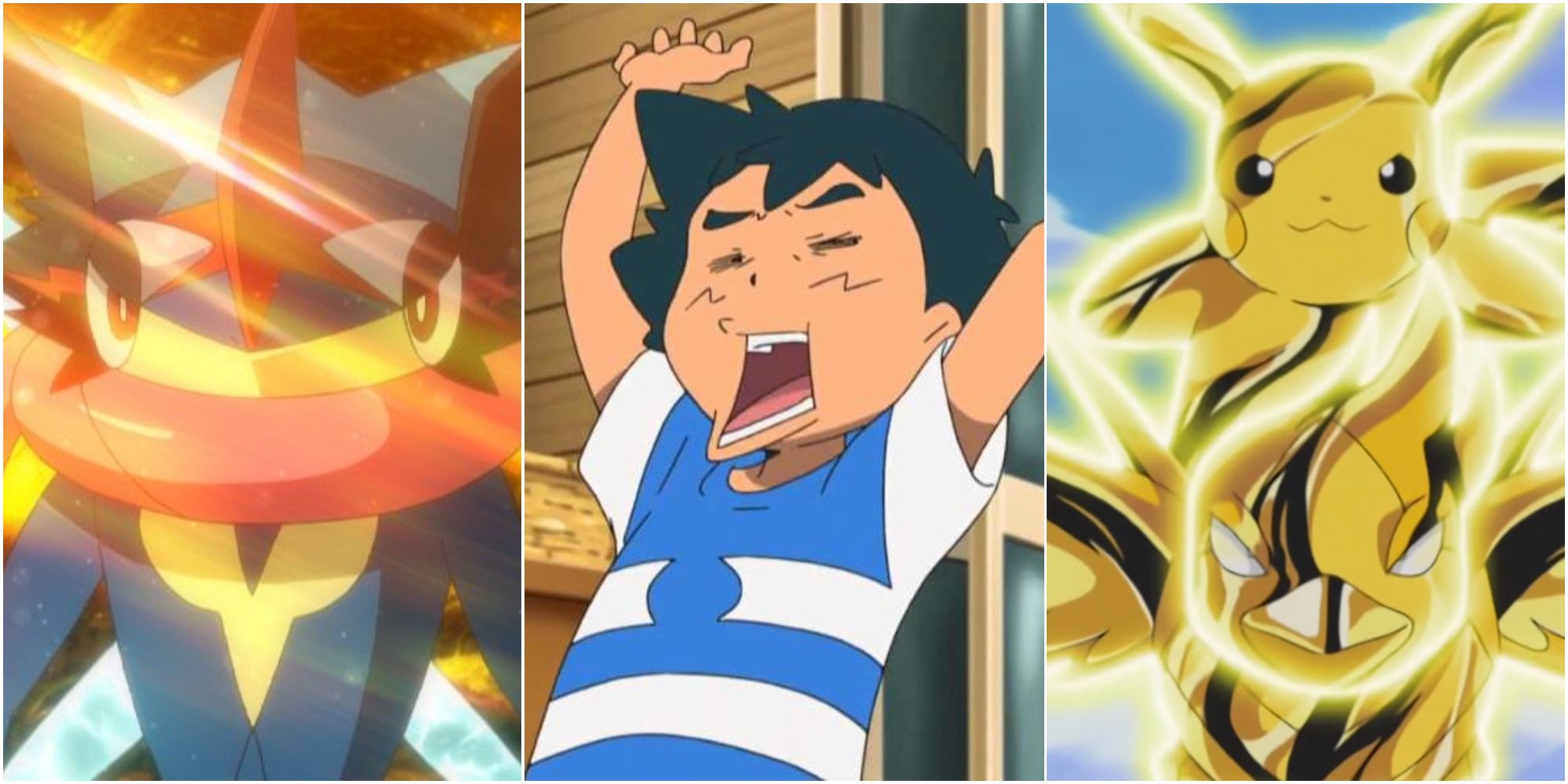