In Minecraft’s 1.15 update the development team decided to add bees on top of a bunch of general fixes to the game. While bees didn’t introduce incredibly groundbreaking mechanics into the game, they are a nice feature that adds an additional gameplay dimension to survival.

Bees can be typically found anywhere with an abundance of flowers. Flower forest biomes are the perfect place to start looking, but regular forests and plains biomes are also hotspots for bees to set up beehives in. Although bees and honey aren’t an early game feature, they can provide some cool advantages when farmed and harvested in the long run. 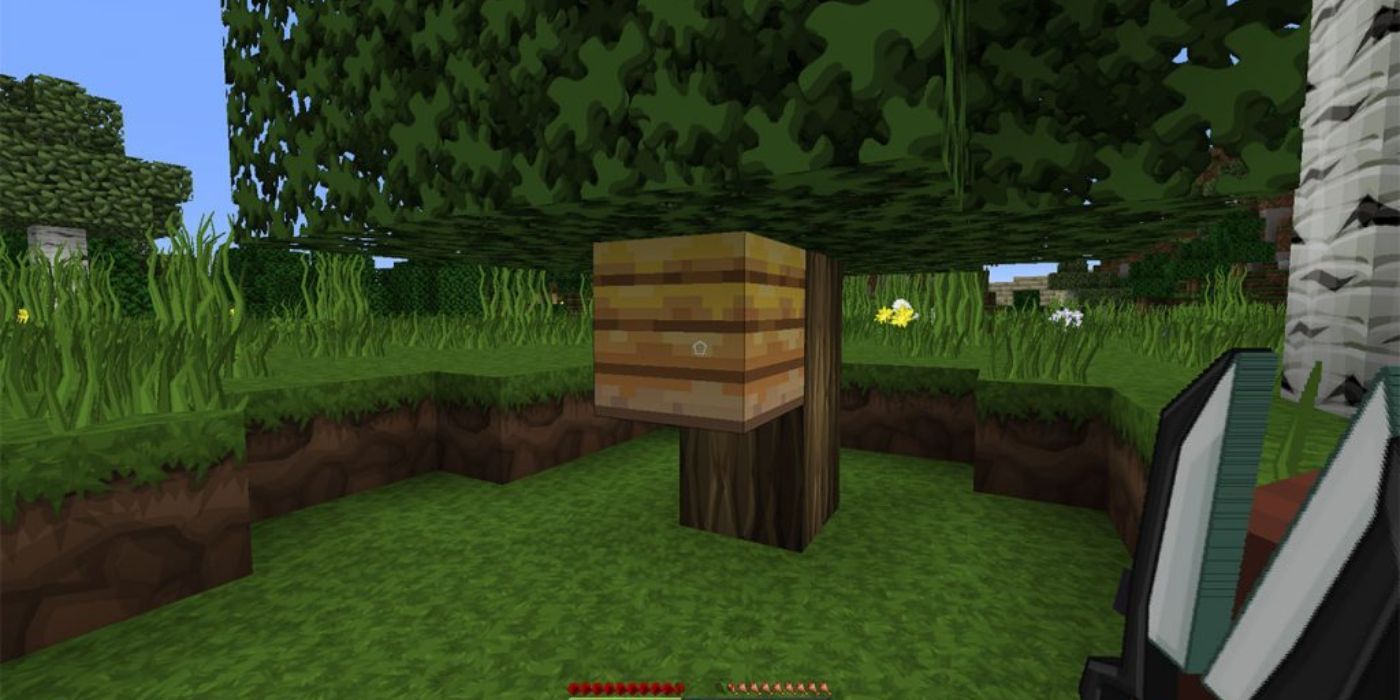 The first and hardest task is to find a beehive, usually located around patches of flowers. Breaking a beehive without a Silk Touch tool is an extremely bad idea, and will only anger the bees living inside of the beehive.

Moreover, it won’t actually yield any honey and will only drop the beehive itself — as well as any of the bees still contained inside. 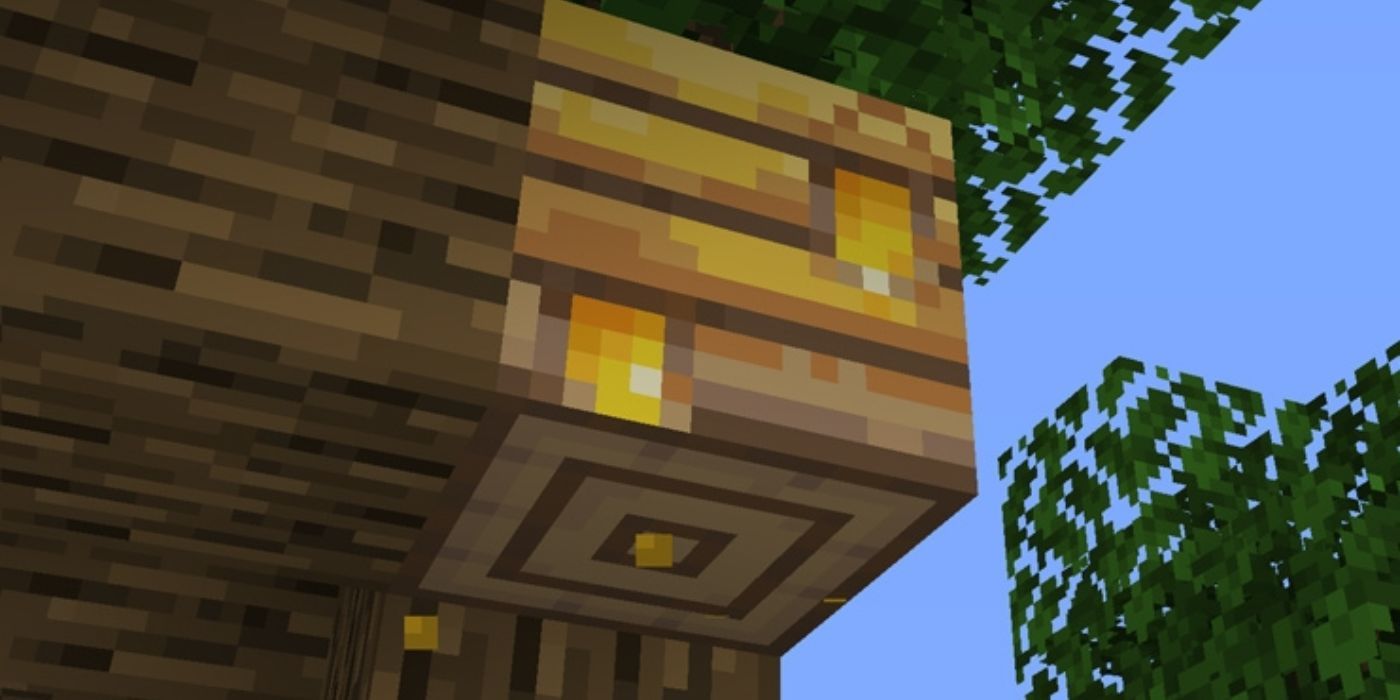 Keep an eye on the texture of the beehive. Once the texture is oozing with honey and you hear a distinct dripping sound accompanied by orange particles on the ground, you’ll know the beehive is full of honey and ready to be harvested. Every time a bee leaves its hive to pollinate again, the amount of honey inside increases. 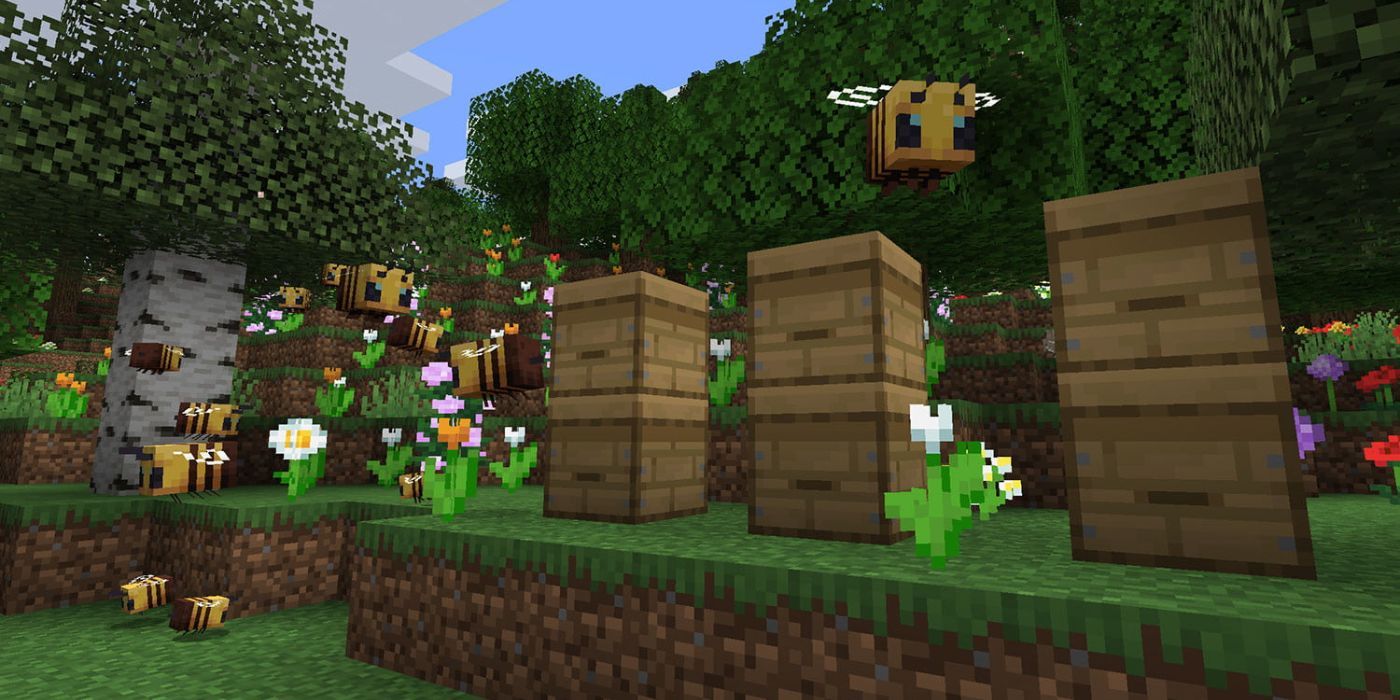 In order to start harvesting, you’ll need an empty glass bottle and shears. Shearing the beehive will yield you honeycombs, which can be used to make your own beehive or a decorative honeycomb block. In the upcoming 1.17 update, honeycomb will be used to make candles as well as waxed copper blocks. 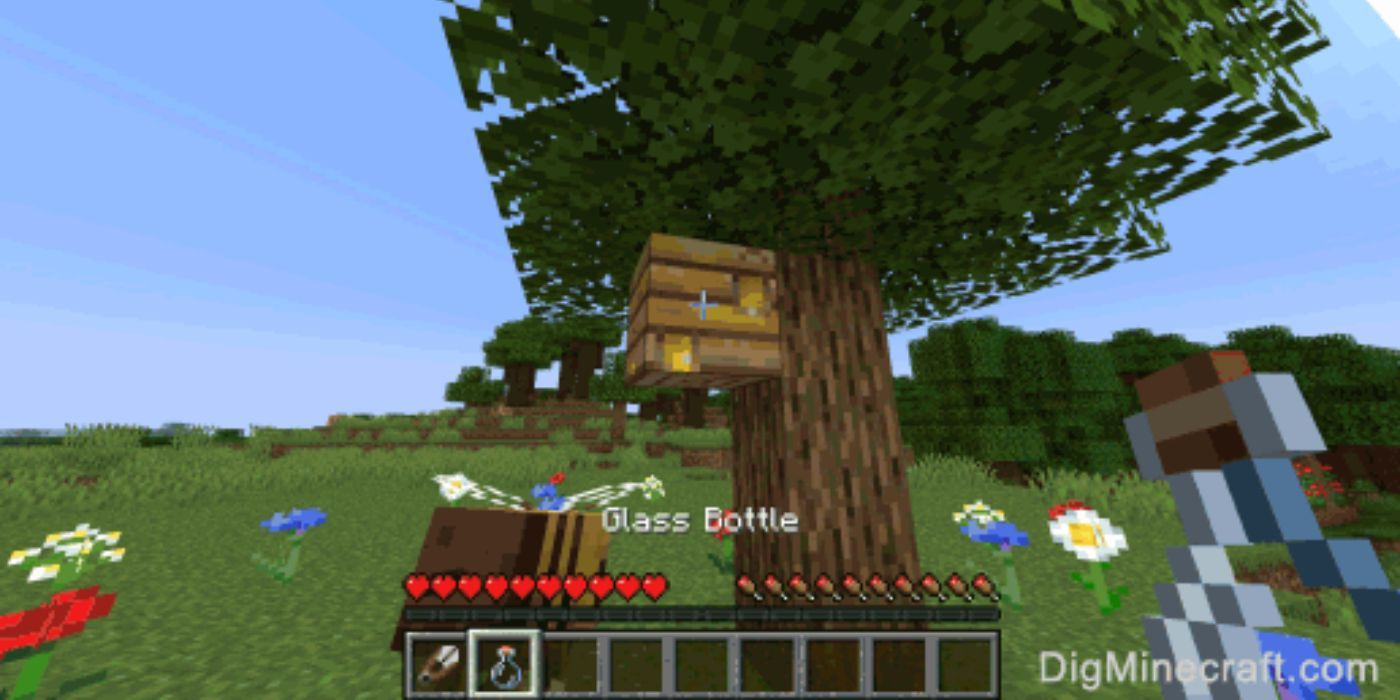 Using an empty glass bottle on the hive will yield you a honey bottle. Four honey bottles, when combined, will form a honey block, which has unique uses we’ll discuss further down.

Honey, when consumed, restores a bit of hunger. But most importantly it cures any Poison status effects. It can also be converted into sugar. 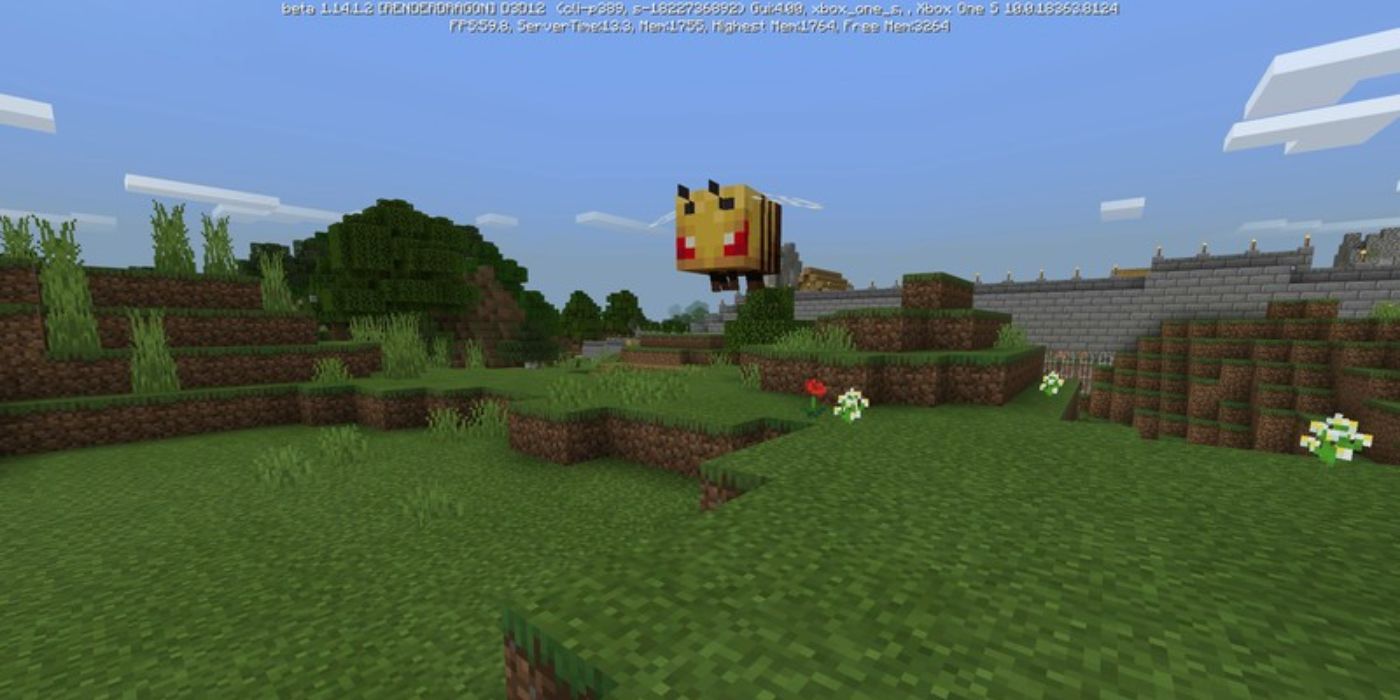 Before you harvest, however, the key is to calm down the bees inside the hive. If you don’t do this, you’ll have a swarm of angry bees chasing after you. The easiest way to do this is to place a lit campfire underneath the beehive. 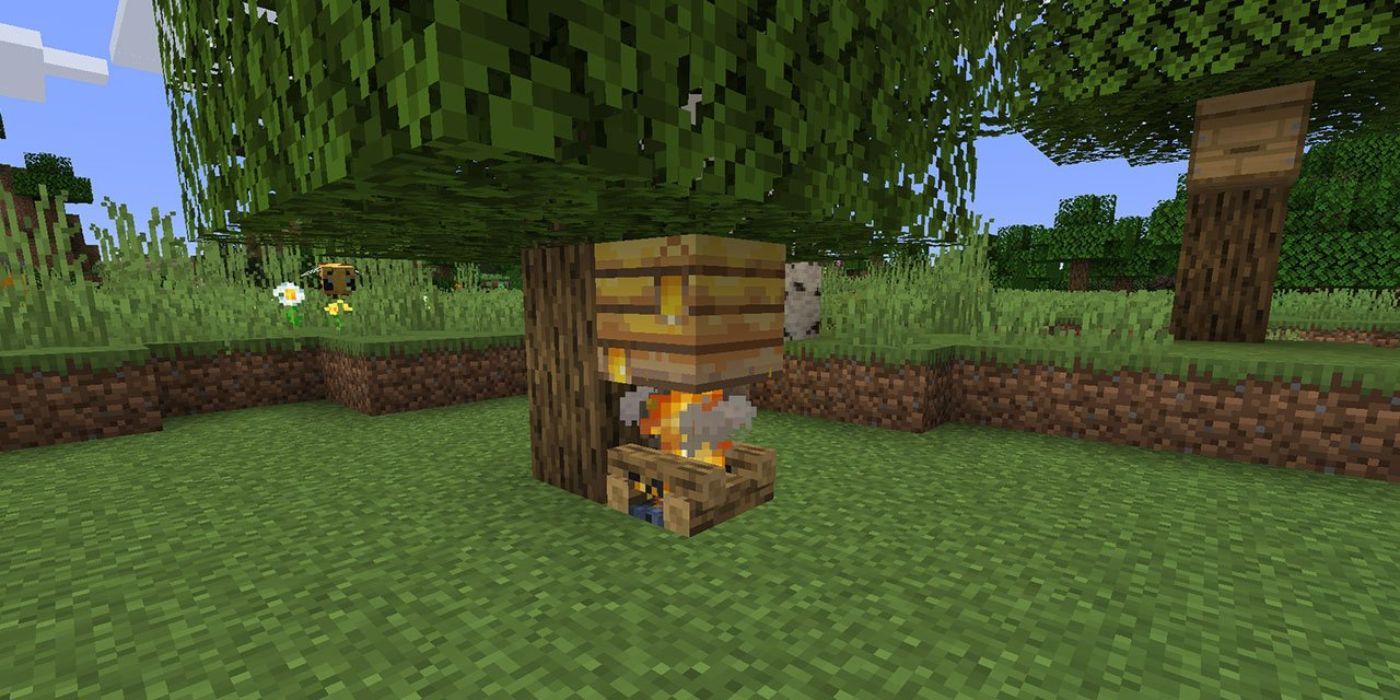 The fire has to be at a maximum range of five blocks. A lit-up fire surface (such as fire on netherrack) works as well if making a campfire isn’t an option. 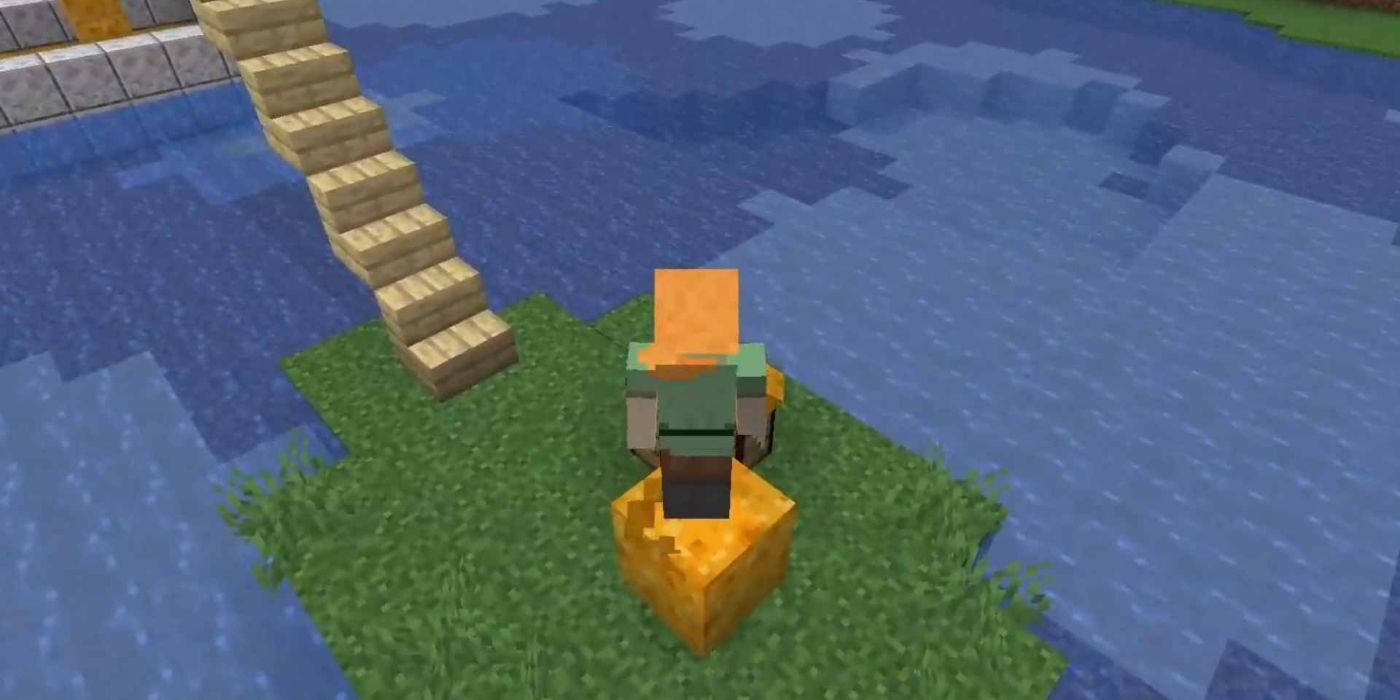 Honey blocks are a unique, slightly translucent block that’s made from three glass bottles of honey. They’re quite unique when it comes to their usage because mobs will actually dodge honey blocks and not walk on them.

Moreover, any mob or player walking on a honey block won’t be able to jump or move at a normal pace. Movement speed is significantly reduced. 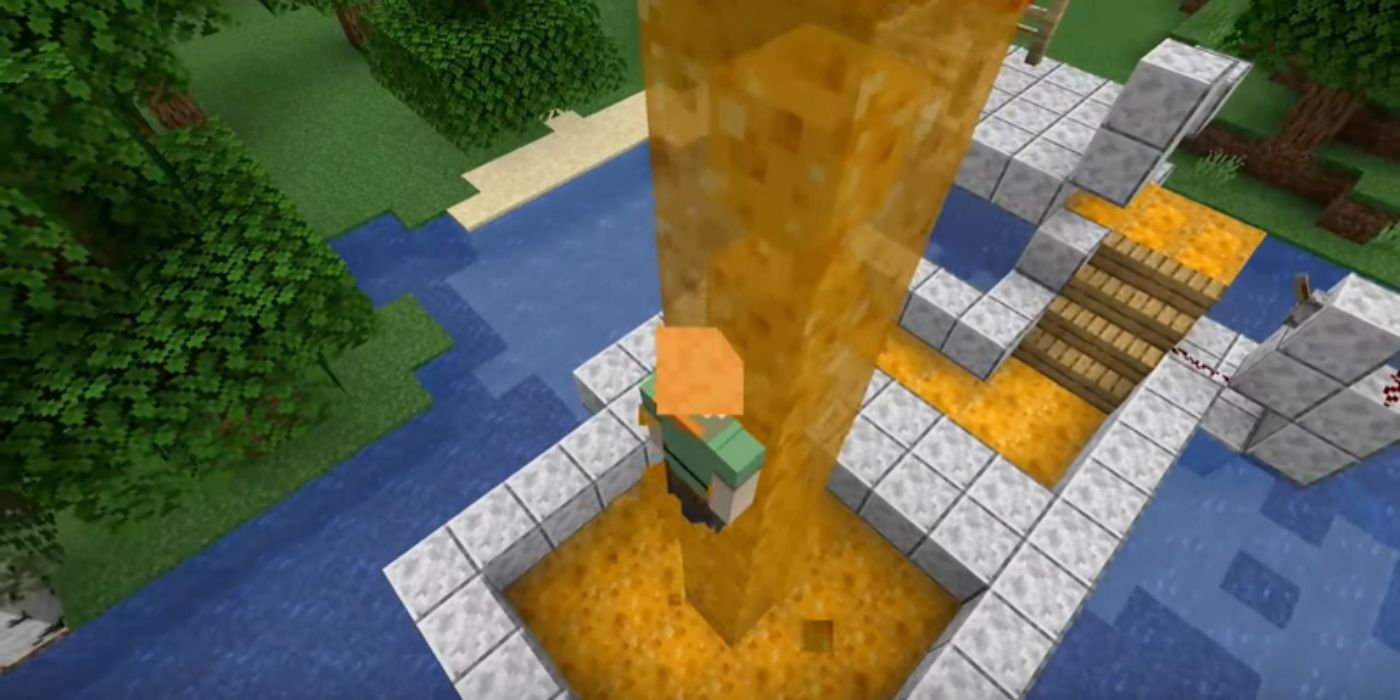 Honey blocks can also be used to slow down and reduce fall damage. Players can actually slowly slide down a surface of honey blocks, which makes them great blocks to climb downwards. Moreover, falling on top of a honey block will significantly reduce fall damage by around 80%. You’ll still take some fall damage, so it doesn’t quite work like water (which fully negates it).

NEXT: Minecraft Complete Guide And Walkthrough 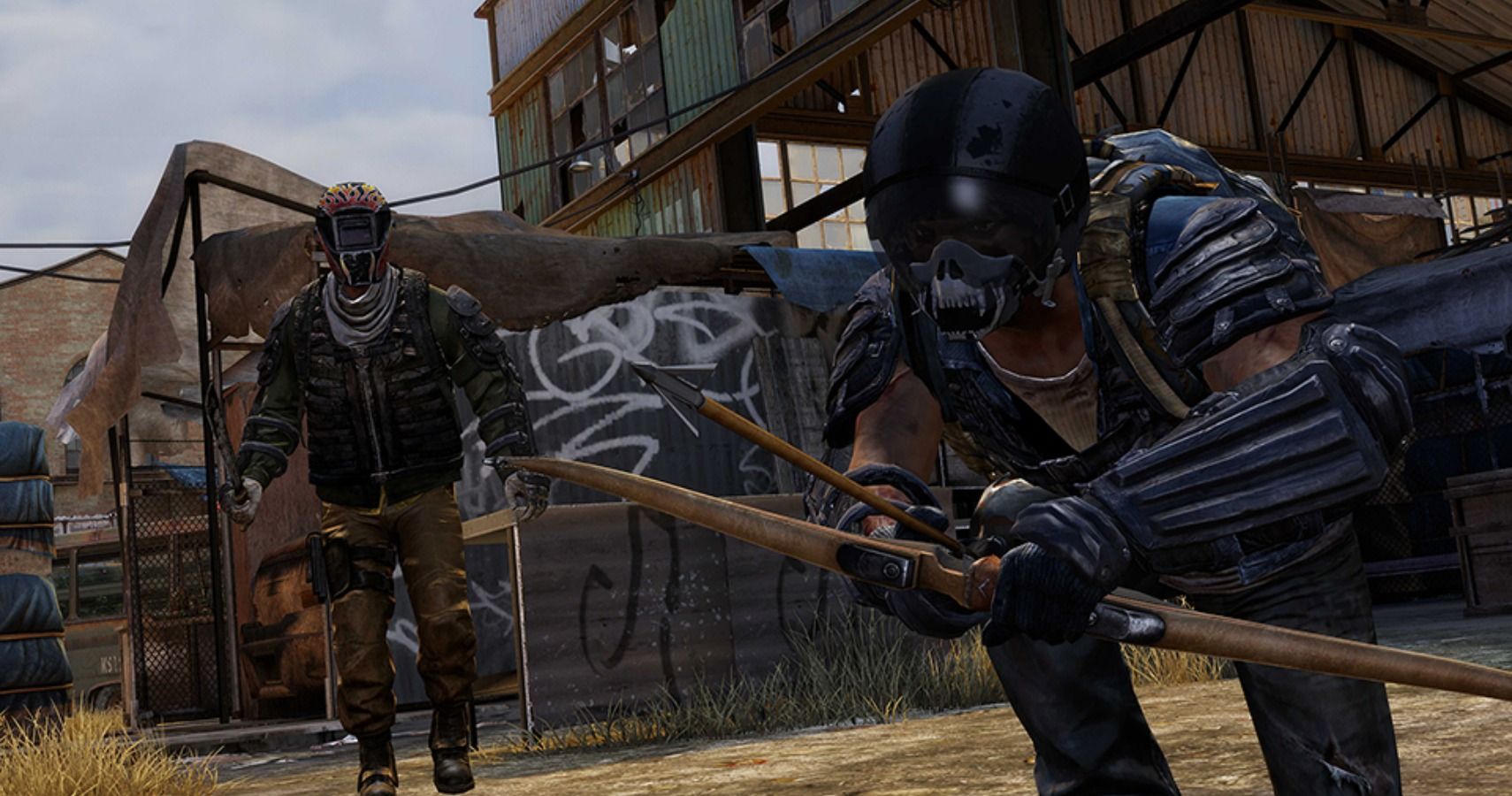