The themes our media encapsulates change as the people behind it grow and go through different life experiences. As millennials and zoomers begin to make their mark on games, film, literature, and television we see an exploration of society that reflects the environment we grew up in. Many of us were raised by parents who found themselves in stronger economic situations, able to purchase property and build careers without the looming threat of global warming and the changing political climate brought upon by terrorist attacks, wars, and a general uncertainty that showcased how worse things were getting.

Despite the outwardly wholesome appeal of animation, it has shown itself to be almost uniquely equipped to creatively present stories that deal with, and build off, these collective traumas. The weight we carry around with us is a necessary building block to establish before exploring how films like Turning Red and Encanto touch on the ways we aren’t always beholden to our legacy. We deserve to stand out on our own while asking people to recognise the trauma we’ve been through caused by those we love and the world we have no choice but to live in.

Art we consume is right to make this association clear, and it feels like a natural consequence of younger creators finally being given a chance to shine in an industry that has long been dominated by white privilege. There has never been enough room for creators who are queer, POC, women, or come from other marginalised backgrounds. It’s their time to shine now and make their stories known, while heternormative creators from the same generation can stand alongside them and find common ground while telling their own stories. We’re all in this together after all. 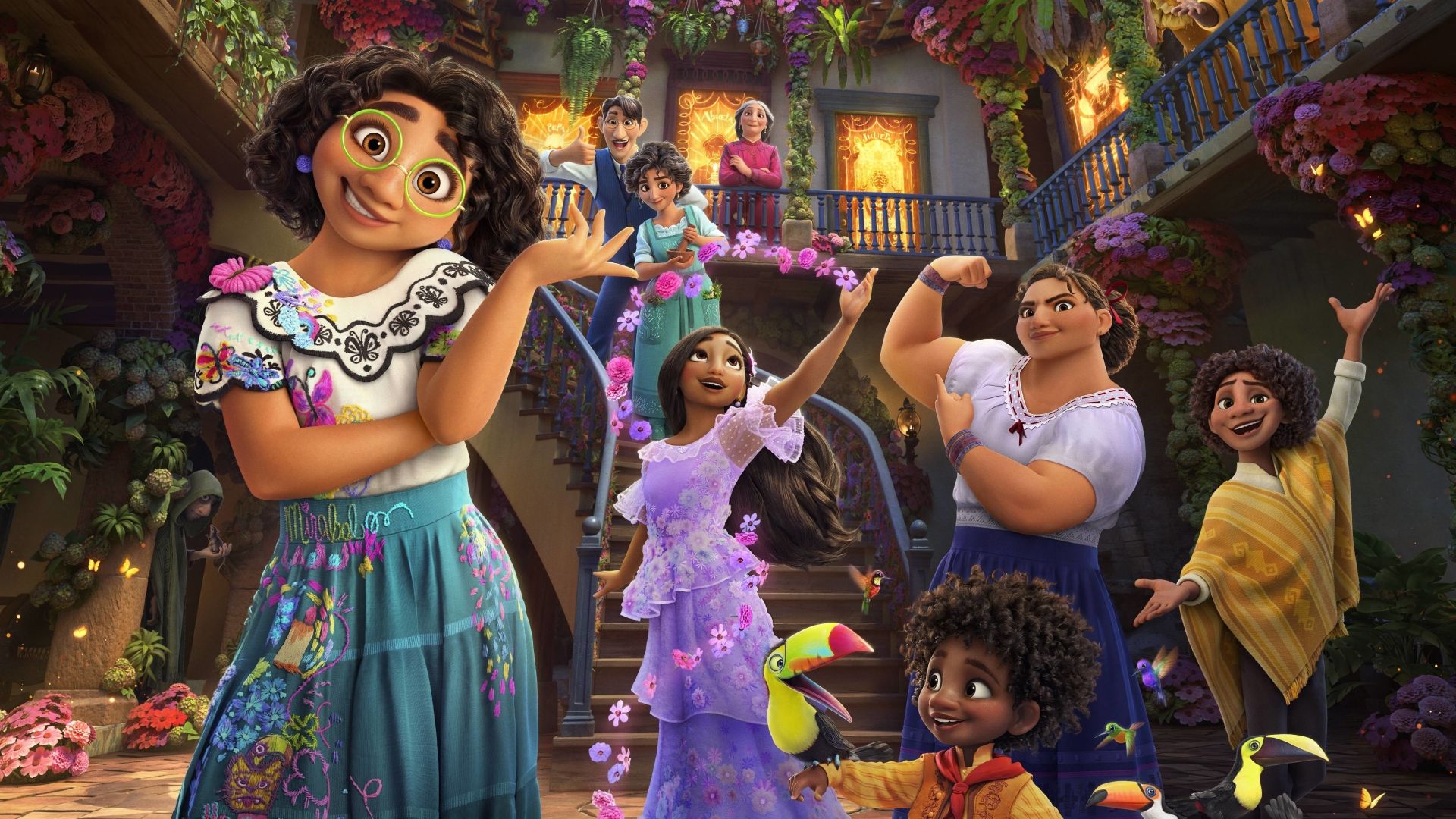 Much like how The Last of Us and God of War reflected the lessons of fatherhood learned by their creators and the value of raising a family in the gaming space (itself speaking to the continued prominence of older men telling stories relevant to themselves), animation appears to be dealing with parental trauma, cycles of abuse, and the agency of young characters who need a certain level of independence in order to find themselves. The medium is much older, and thus it matures in a different, non-linear way with films, TV shows, and shorts covering an almost overwhelming number of demographics. Collective generational trauma is a theme that has surfaced time and time again in recent years, often seen as a clear projection from animation studios wanting to explore the unintended toxicity that comes from family units that clearly love one another, but that affection often clouds how we really feel.

Turning Red is a perfect recent example of this thematic layering. Meilin Lee’s journey of finding herself as a dorky teenager while dealing with the pressures of a family upheld by several generations of strict traditions is a compelling one. It’s so real for members of the audience who grew up in a similar time period and came from a similar culture where being all you can possibly be was a constant pressure. In the film’s opening, Mei is more than happy to live up to these expectations, often praising herself for nailing schoolwork and turning up on time each and every day to clean the family temple with her mother and act like the obedient little girl she tries so hard to be. On the surface this relationship is loving and beneficial, but it isn’t until outside forces take notice that our heroine is able to piece together exactly how she feels about everything. 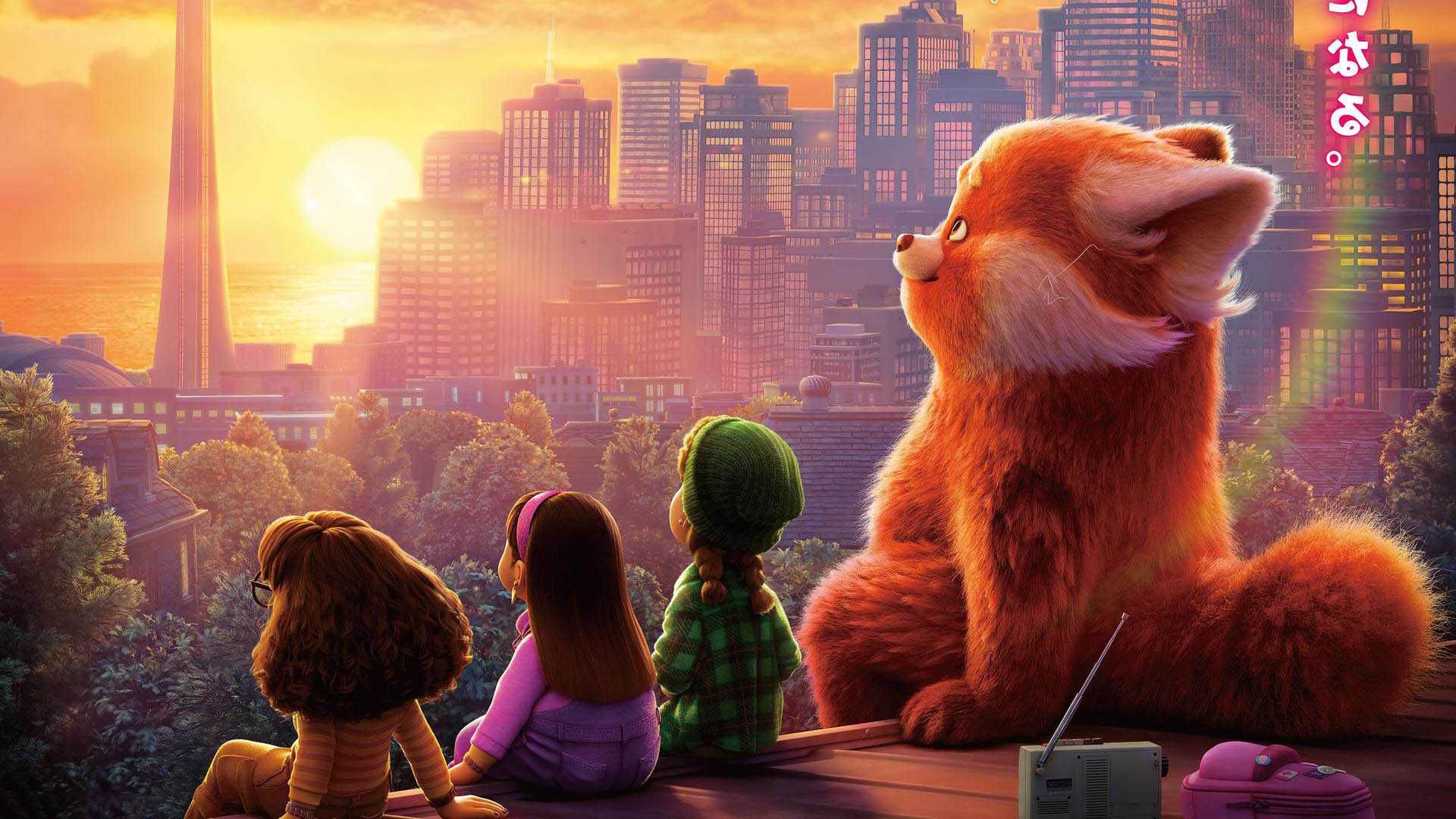 She is a girl growing up with a love for cute boys, pop stars, anime, and popular culture that so many children her age are being exposed to for the very first time. The harsh reality is that her mother is suffocating her, and as Mei breaches the pearly gates of puberty she requires a parental figure that will care for her while also allowing enough space for her to stand alone. The entire film is a clear metaphor for puberty and youthful independence, while also finding a common ground with a family who wants the best for you, but often doesn’t know how to show it. People would love to paint Mei’s mother as the villain in this story, but that’s an uncharitable reading that fails to understand how parents tend to operate.

Ming Lee might be strict and overprotective, but it’s only ever in service of helping raise a woman in the best way possible. It’s reflective of her own upbringing with a mother who tried to pull her away from her beloved husband and steer her life in a direction that wasn’t meant for her. The cycle of generational trauma continues onto Mei until the cycle is broken and everyone can learn a valuable lesson by coming to love themselves and understand that insecurities can be worked on and addressed with time. Resentment is a common emotion to feel towards family, especially those who you come to believe have changed your life in a way that was ultimately for the worst. Yet blood is thicker than water, and more often than not bridges can be repaired and bonds reconnected once the dust has finally settled. 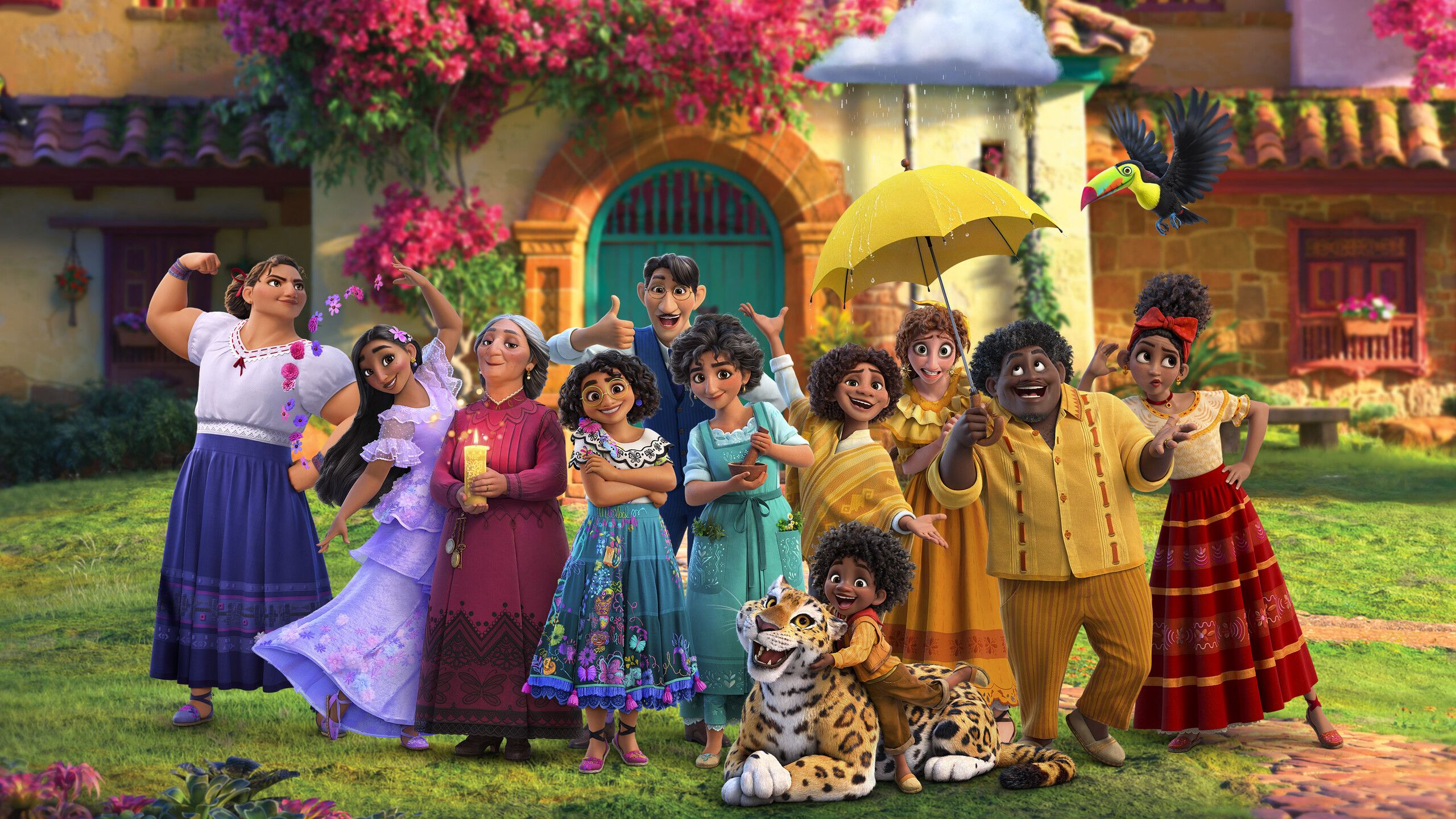 Encanto is somewhat more complicated, and encapsulates an entire family tree instead of a singular relationship between mother and daughter. Mirabel Madrigal is the first person in her entire bloodline not to be blessed with magical powers at a certain age, dooming her to grow up neglected and seen as an afterthought by the family matriarch – Abuela Alma. She believes that Mirabel did something to upset the balance, bringing this family and their magical house misfortune in a way that can never be repaired. It’s complicated, and when an unknown evil threatens to take all of their powers away our heroine embarks on a journey to figure out exactly what went wrong. It turns out there is no big bad to be found, but an introspective look at how unfair pressures and generational expectations can doom them all to ruin, and how even though its hard, accepting your own toxic behaviour and seeking to better who you are as a person is more important than any magical powers will ever be.

Mirabel doesn’t end the film as a mythical witch casting spells all over the place, but member by member she addresses her siblings’ rising insecurities and helps them settle into a better headspace. Much like Ming Lee, Abuela isn’t the villain here, but oblivious to her own attitude and personality which have been cemented by years of generational bias that Mirabel must move mountains to uproot. Life often isn’t fair, and learning tough lessons is necessary even if it initially hurts everyone involved. But emerging a better, more empathetic person to your friends and family is worth the struggle, and I’m glad modern animation is so willing to explore these themes and deconstruct them in such beautiful ways. 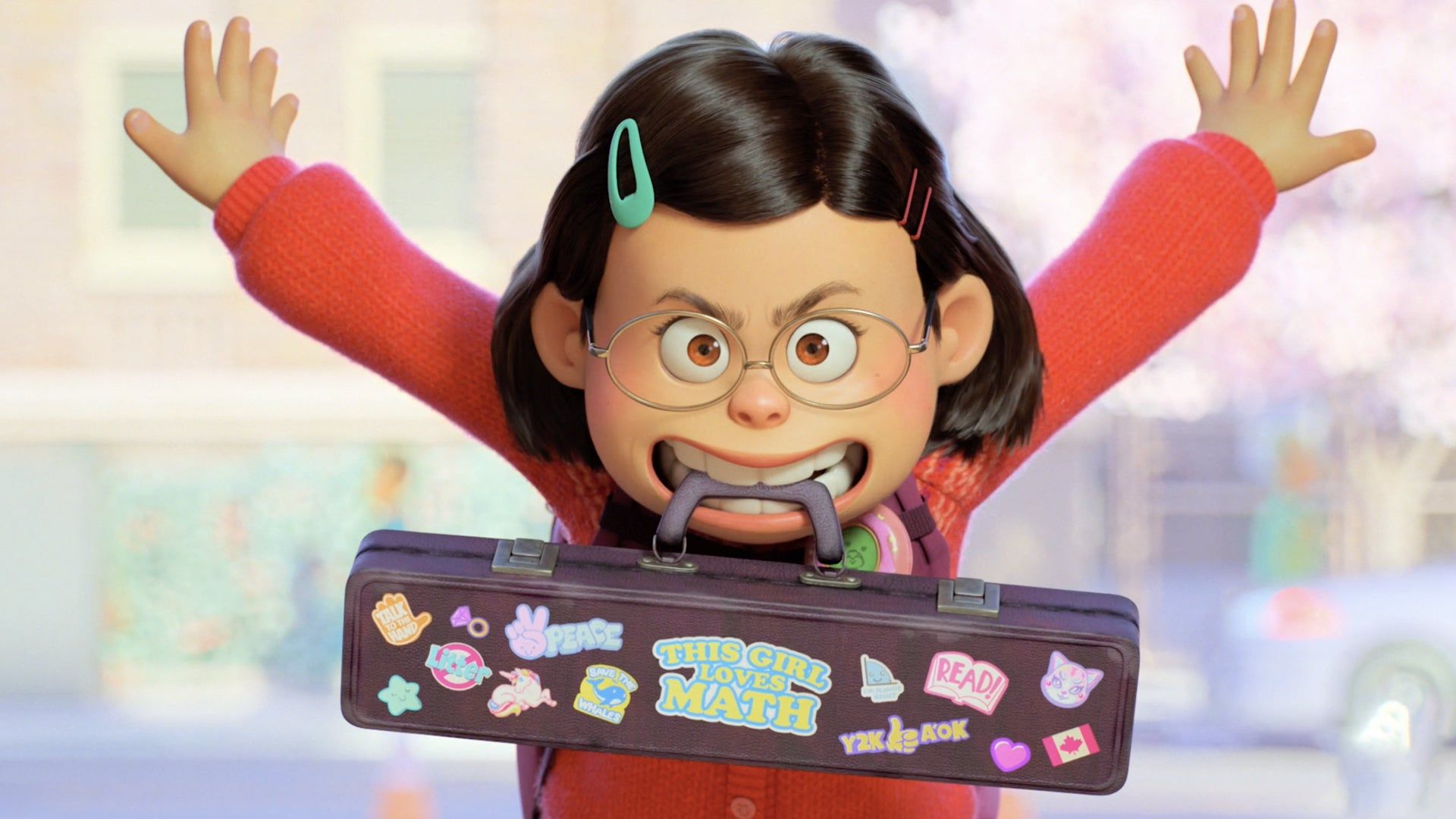 My generation was raised by parents who often don’t feel the need to apologise, or believe the way in which their children are raised is the right way and if we seek to argue against that or even kindly suggest an alternative we are beaten back with emotional aggression. Nothing could possibly be their fault, they were carved in the fires of history and thus have no more lessons to learn when it comes to being better people. Millennials and zoomers are more susceptible to emotional vulnerability and open about identity and politics in ways that those who came before sometimes aren’t.

We have so much to teach them, but breaking through that stubborn wall of ignorance and allowing that knowledge to be passed on is a difficult battle, but far from an impossible one. Generations will always reflect the environments they were raised in, with the sociopolitical factors determining how people react and view so many things. Turning Red and Encanto show that none of us are the bad guys in situations like this, and opening ourselves up and learning from one another is often the best way to move forward. We need more films like this, and judging from the industry’s current trajectory, we are absolutely going to get them.