Paul W.S. Anderson’s Monster Hunter film came and went like a Great Maccao’s feather in the wind. Its promotion was rocky and its loyalty to the source material was questionable, but Milla Jovovich’s character had a profound reaction upon entering the realm of monsters, and she wanted viewers to share the same experience.

Jovovich – who also led Anderson’s Resident Evil series – spoke with The Verge about her character Artemis’ reaction to entering the Monster Hunter world. “Whoa, it’s so beautiful,” the actor recalled, emphasizing that this was the reaction that the creators wanted the audience to express too. “We really wanted people to feel like… they were playing the game for the first time,” Jovovich professed, after comparing her character’s first glimpse of the world with her own reaction to seeing the game for the first time.

If theaters had been in full swing around the world then perhaps Monster Hunter would have accumulated more than $7 Million on its opening weekend. The fact that the film contained a racial slur – that was met with controversial reviews from China – and lacked approval from the Monster Hunter community, all contributed to the lackluster impression it left. The video game franchise was also targeted for the slur whilst Monster Hunter: World featured a cross-promotional event with the film in-game. The game received over 1700 negative reviews and Capcom claimed that it was unaware that the film scene in question existed. 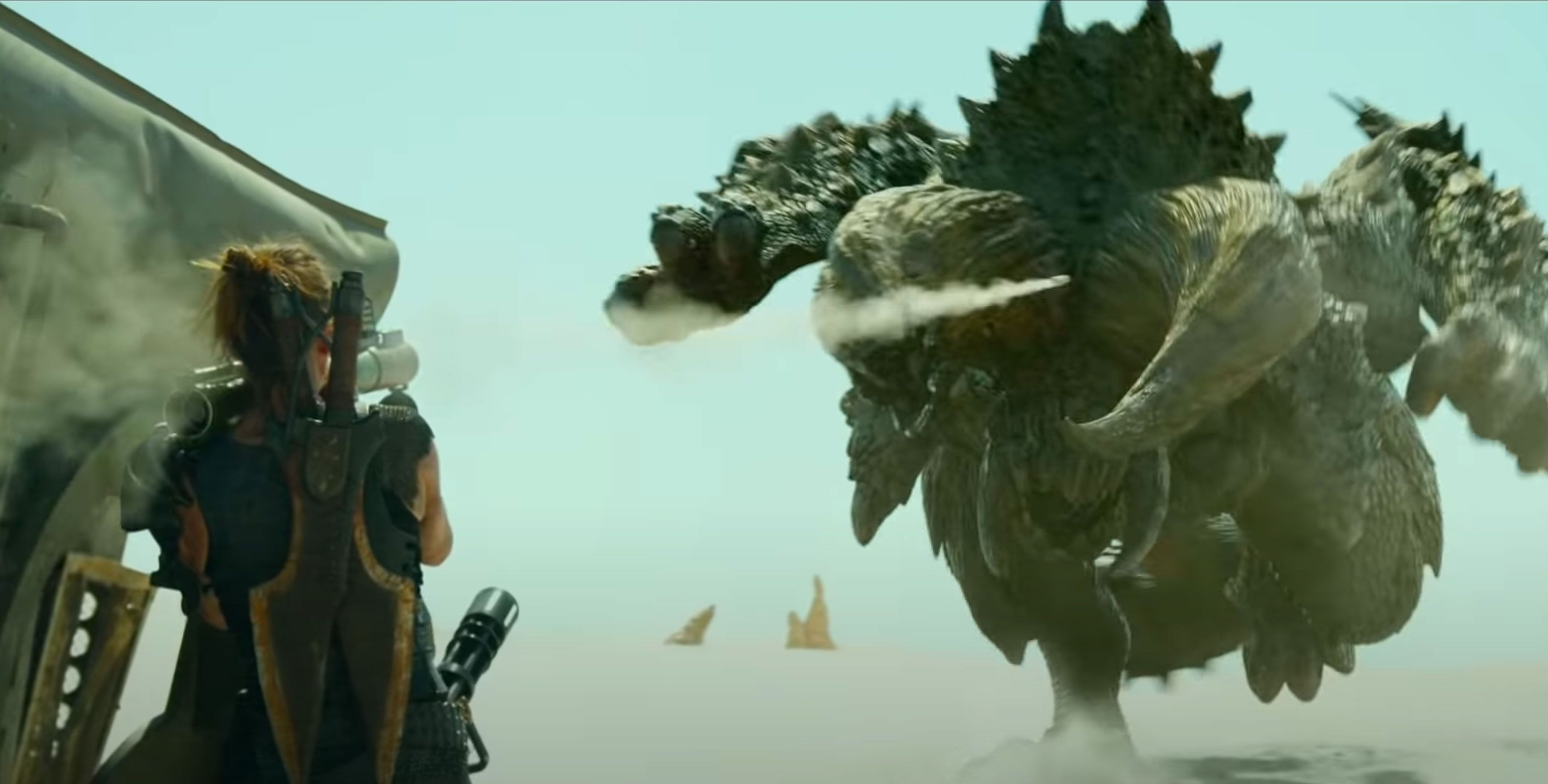 Jovovich is married to Anderson and she spoke about his 10-year obsession with Capcom’s franchise, but its essence is never really captured in the feature’s 103 minutes. Despite being a staple of noughties action films, the Resident Evil series failed to deliver anything groundbreaking as well, and the duo’s return to the game-to-film subgenre hasn’t been the most rewarding endeavor given its controversy.

Another factor to add to the farce of live-action monster hunting, is the fact that you have to pay $20 to stream it. Amazon Prime, YouTube, and VUDU are hosting the film and offering a “home-theater” experience, to watch Jovovich attempt to carry the Great Sword on her shoulder from the comfort of your own living room.