We know that the infamous yokai of Japanese folklore have inspired the lore of many fandoms, including Pokemon. Another franchise that has been influenced by these spirits is the action-RPG Monster Hunter, specifically its new title Rise. The upcoming title’s monster origins were discussed at length during recent interviews, along with Rise’s slew of weapons.

During an interview with Japanese website Famitsu, Monster Hunter Rise director Yasunori Ichinose disclosed the changes within Rise that separate it from the rest of the franchise. Ichinose highlighted how Rise had returned Monster Hunter to its Japanese style; a theme not seen within the series since Monster Hunter Portable 3rd. One topic he discussed at length involved the origin behind some of Rise’s monster designs, which embraced the franchise’s returning Japanese influence.

Ichinose touched on the flagship monster from Monster Hunter Rise, the Magnamalo; designed with blade-like arms like the Nargacuga, intended to emulate the armor of a samurai. He continued to elaborate on the Bird Wyvern Aknosom, which features the physicality of a crane and is based on the yokai Karakasa; a one-eyed umbrella monster.

Finally, the director confirmed that the alpha of the Izuchi pack, the Great Izuchi, was designed to embody the yokai Kamaitachi, by moving as a trinity with its two, smaller minions. The Kamaitachi resembles a weasel with sickle claws for feet that the Great Izuchi features and weaponizes, along with the hook-like blade on the end of its tail. 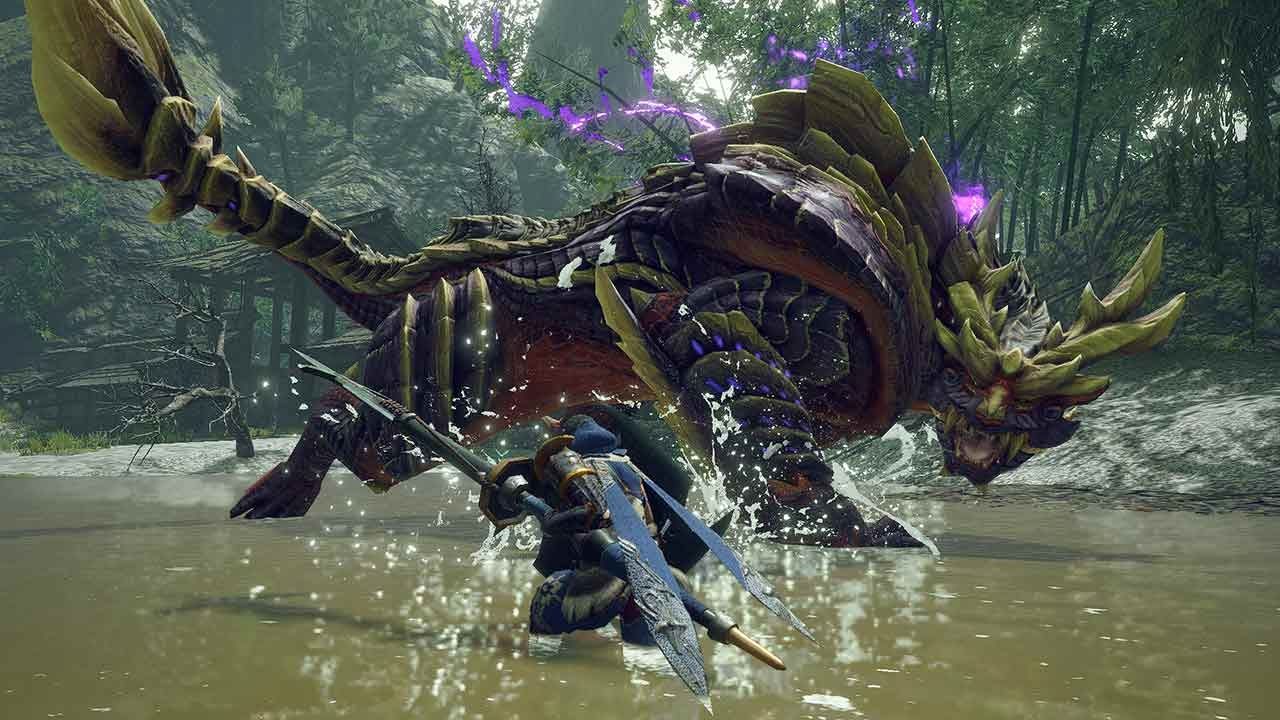 Another new feature added to Rise is the use of Shomushi to propel your character forward in the intended direction. Hunters can catch these bug-like creatures in the wild and use them to move at high speed off cliffs and rocks. The Shomushi can also be used to perform special attacks in battle, that vary with each weapon.

While the term mushi means bug or insect in Japanese, it also describes the existence of beings that sometimes appear in the Japansese religion Shinto. These creatures exist between life and death and are often considered as the essence of life itself. Appearing as the main theme for the anime Mushishi, mushi may have also influenced the shomushi mechanic within Monster Hunter Rise.

During a second interview with Japanese website 4Gamer, Ichinose confirmed that Monster Hunter Rise would feature 14 different weapon types, so far. The director also stated that all of these weapons would be able to tap into the shomushi, and use its force for tactical advantage.