Astalos is a Flying Wyvern in Monster Hunter Rise: Sunbreak. Encountered after reaching Master Rank, Astalos will test your ability to dodge aggressive electricity blasts and fierce charge attacks from its horn. You will first encounter this monster in the quest 'In Search of the Doctor'.

Astalos is a challenging monster to defeat, but with the right equipment and preparation, you should be able to prevail. Let's take a look at Astalos's strengths and weaknesses, the best equipment to use, and some tips and tricks for fighting it. 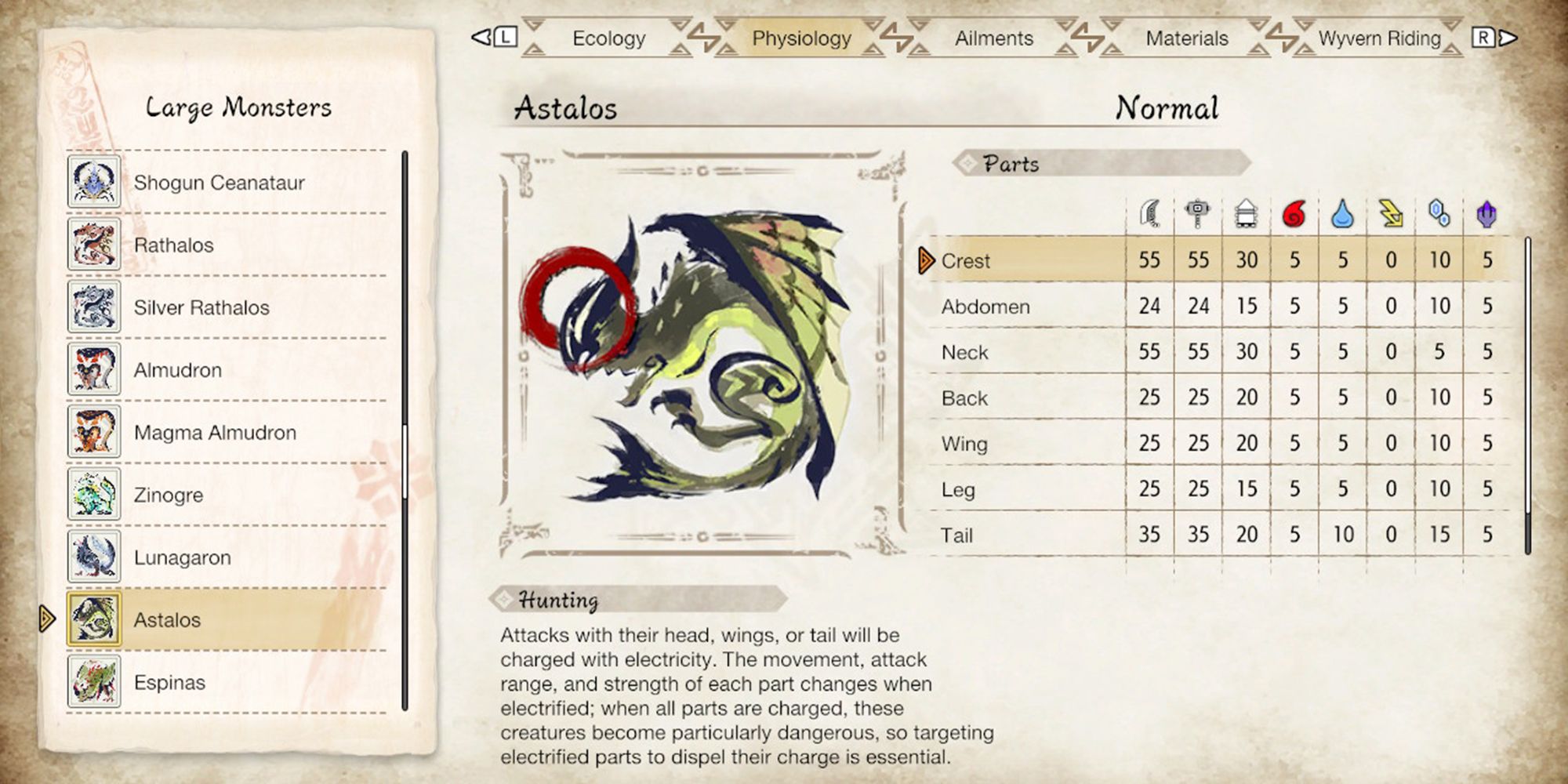 Astalos is weak to Ice damage, taking the most elemental damage on its tail and tail tip. Conversely, Astalos is completely immune to Thunder damage, and the Poison status effect is much less effective on it. Additionally, Astalos isn't necessarily weak to any particular status effect, making them not as useful on this monster.

For non-elemental damage, Blunt and Slash deal more damage overall than Ammo damage, but damage from ranged weapons is equalized through the weapon type's high hit count. Astalos takes the most damage from these weapons on its head and neck. 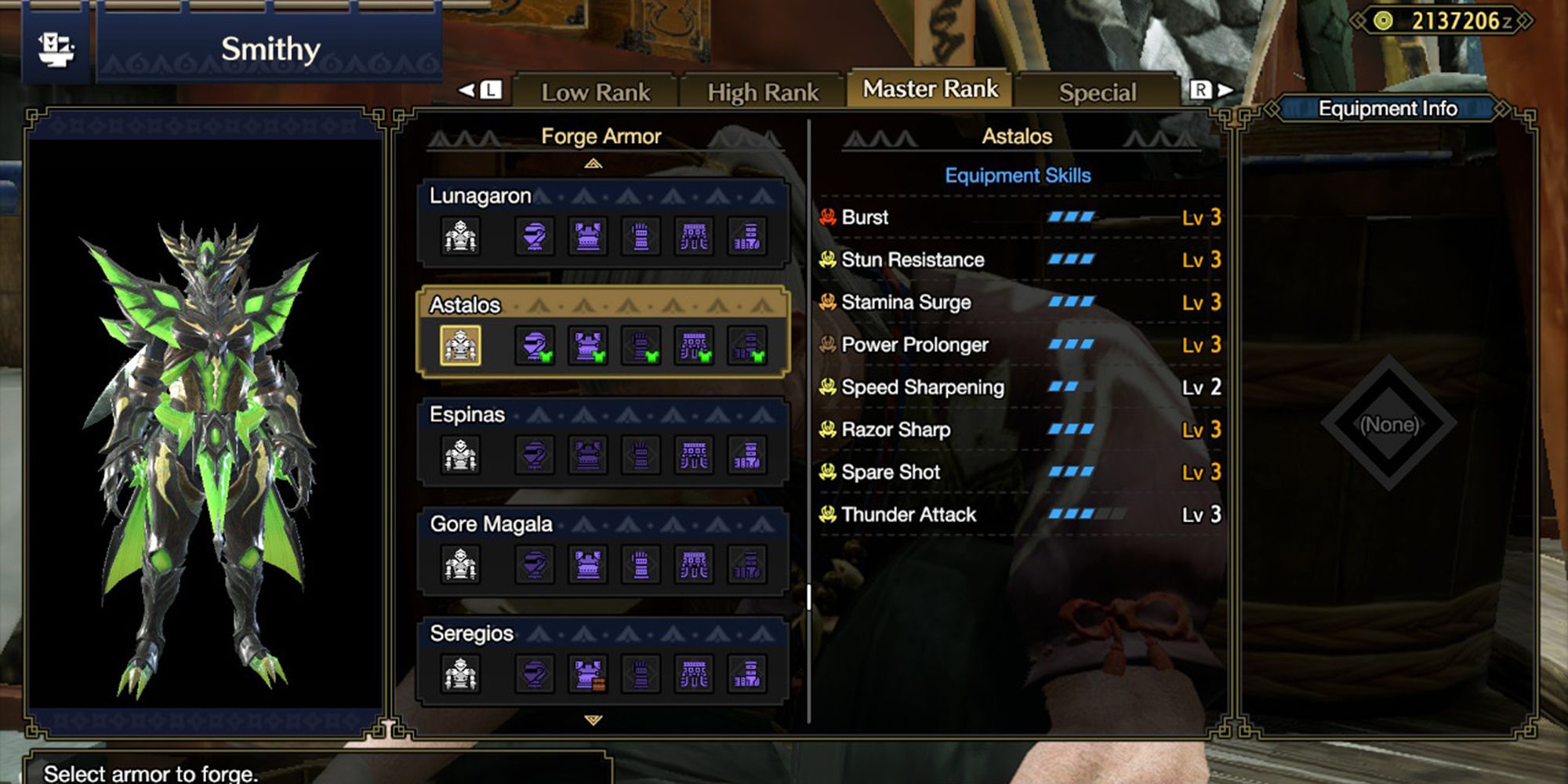 Astalos will use a number of different attacks that deal Thunder damage. Because of this, we recommend equipping armor that has high Thunder resistance, or armor that at least doesn't have negative Thunder resistance. If you repeatedly take damage from Thunder attacks, you will be inflicted with Thunderblight, increasing the chance that you will be Stunned by the monster's attacks. To prevent this, we recommend slotting in Stun Resistance decorations into your armor to completely prevent being Stunned.

Nulberries can also be used to clear the Thunderblight status effect.

For your weapon, anything with Ice damage as its element will work best against Astalos. Because of Astalos's weak point on its head and neck, weapons that are able to consistently stay around this area like the Hammer, Lance, or Charge Blade will have the best results. However, if you are not comfortable using these weapons, just craft an Ice element weapon of your favorite weapon type instead.

Additionally, thanks to Astalos's weakness to Ice damage on its tail and tail tip, weapons with high elemental damage like Dual Blades, Sword and Shield, or Bow can deal good elemental damage while staying safe from Astalos's many front-facing attacks. 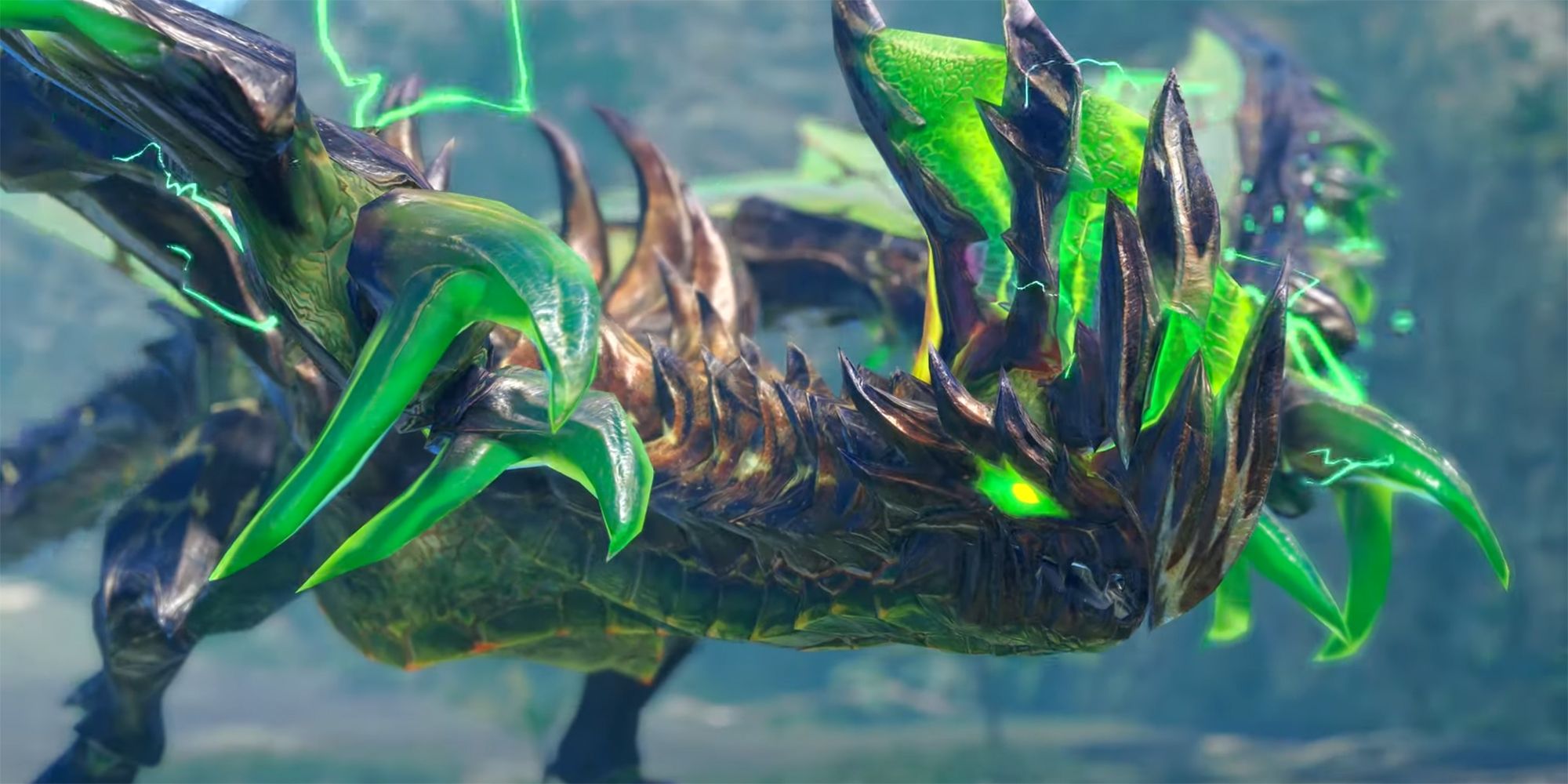 Throughout the fight, Astalos will use a number of different attacks that launch bolts or pillars of electricity at you. These pillars of electricity can seem to be moving erratically, making them difficult to avoid, but they actually follow a pattern that, once you know, makes them easy to dodge. Most lightning pillars will move away from each other, stop for a second, then move diagonally toward each other, intersecting a short distance in front of Astalos's head.

To avoid them, either move close to Astalos's head or far away. If you can predict the path of the lightning pillars, you can avoid them by standing off to the side of the monster, away from their path.

In addition to its lightning attacks, most of Astalos's attacks are performed to its front, making this area generally unsafe. That said, Astalos's weakest spots are its head and neck, meaning you will have to weigh the benefits of attacking its head and risking being hit with a high-damage attack.

Conversely, Astalos's tail doesn't take as much damage as its head, but it doesn't use as many attacks in this area, making it a safer spot to attack without worrying about being hit. Keep in mind it will still attack with a tail sweep like other Flying Wyverns.

If you plan on capturing Astalos, or using a trap to immobilize it for a moment, don't use Shock Traps. If Astalos falls into a Shock Trap, it will immediately enter its charged state, and the trap will break. Instead, use a Pitfall Trap if you want to trap Astalos. 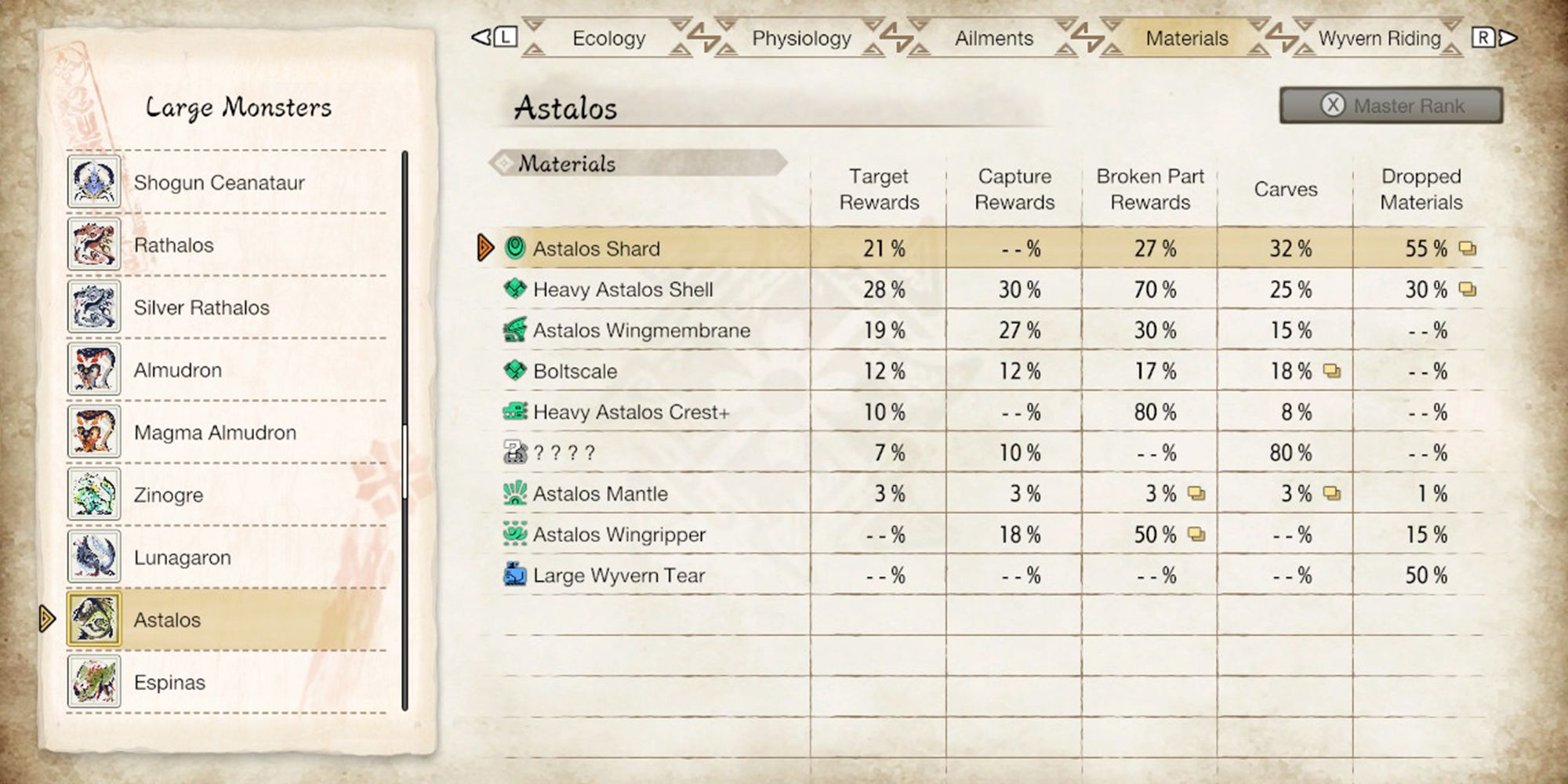 Astalos will drop the following materials after hunting or capturing it. Some of these materials can also be obtained as random drops from the monster during the hunt.