While the general overworld combat in Monster Sanctuary isn’t particularly challenging, so long as your team is sufficiently leveled and equipped with appropriate gear, the Champion battles are another thing entirely. With more HP and the ability to act multiple times in a single turn, these can be some of the toughest battles in the game, aside from Keeper Duels.

While these battles are challenging, they are very much worth completing, as many of these monsters can’t be obtained in other ways and their eggs will only be gifted after earning five or more stars in their respective battles. 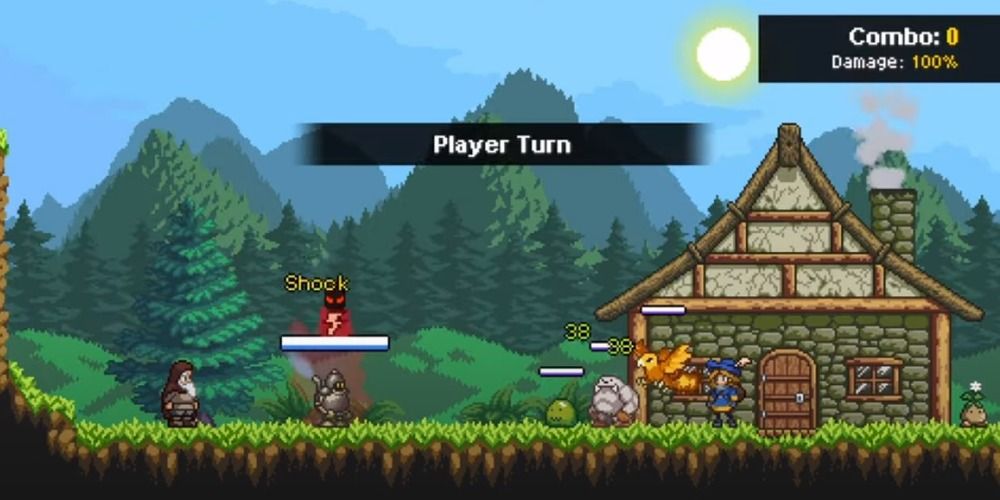 With the exception of Brutus, which has no inherent weakness, all of the Champions are weak to at least one element or attack type. This absolutely needs to be taken into consideration when attempting to defeat them, as many of them have an absurdly high defense or HP stat that, coupled with their shielding and healing abilities, can make them nearly impossible to leave a scratch on without exploiting their weaknesses. Your chosen three should have at least one attack that is effective against the Champion, though two or more can mean the difference between a four-star victory and a five-star one. 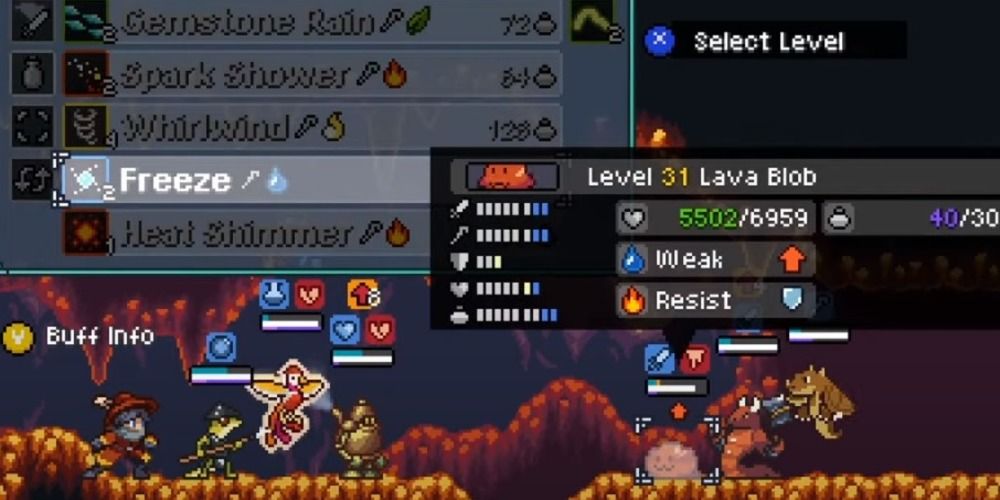 If this was a normal one versus three battle, or in some cases three versus three, resisting the Champion’s attacks would still be necessary, but it wouldn’t be nearly as important. Particularly in the case of Dracozul, which is accompanied by two Draconov to help buff its Attack and Magic, resisting whatever the Champion can throw at you can help keep your own monsters from falling in battle. Since a Champion generally has at least two attacks per turn, any effective attack will deal significantly more damage in the long run. 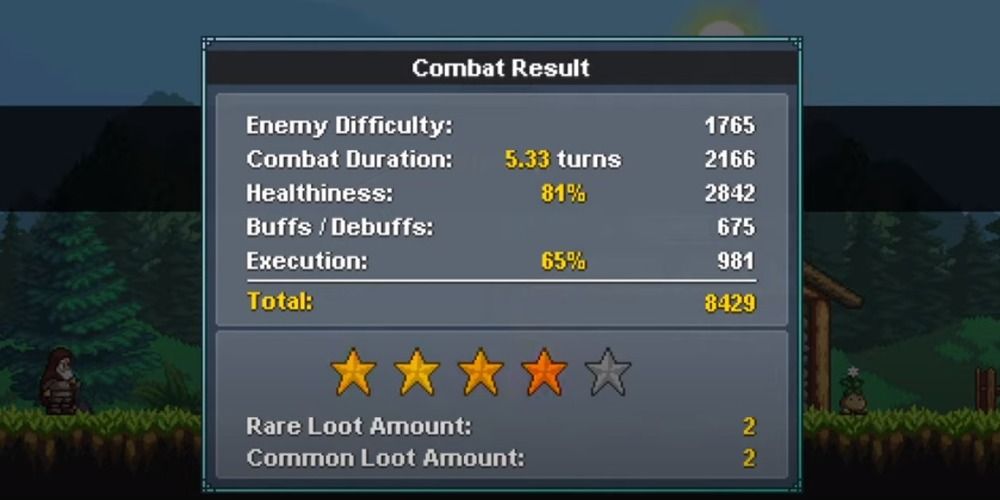 Just as most Champions have a specific weakness, they are also resistant to certain elements or attack types, with the exception once again of Brutus. Although you may be tempted to use certain resisted attacks for the sake of inflicting debuffs, this can backfire more often than not.

For the most part, it’s better to adjust your chosen attacks according to the Champion you are trying to beat. While Grummy’s Acid Rain may be a go-to attack to inflict Armor Break and increase the damage you deal, against Champions that resist Water attacks, it’s going to be far less effective than if you chose a neutral or effective attack instead.

7 Use A Dedicated Shielder 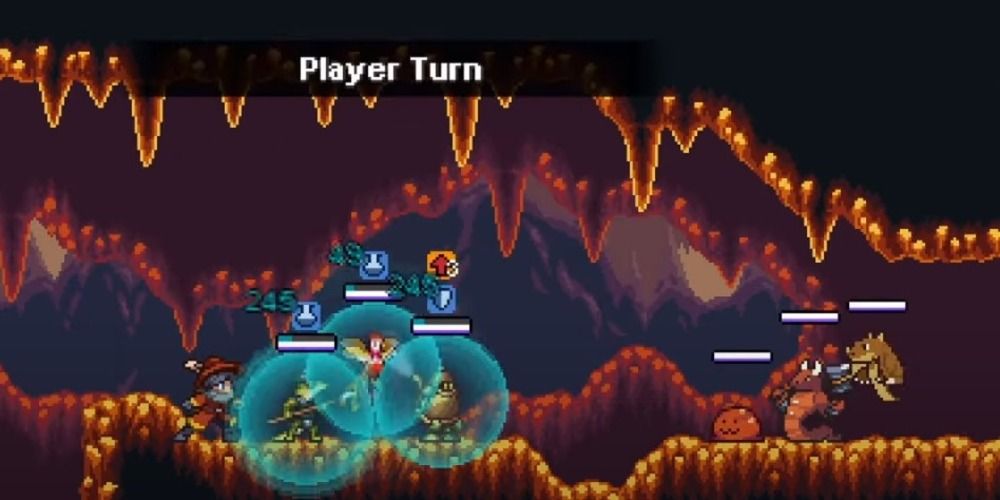 In the early sections of the game, having a monster that can create shields isn’t overly important, since most overworld battles won’t require them and your monsters regain all of their HP and Mana at the end of every battle. When it comes to Champion battles, however, shields are a necessity that can’t be ignored in favor of inflicting more damage. Largely due to the fact that Champions can attack multiple times per turn, shields help immensely in ensuring you don’t suddenly lose team members to a stray critical hit.

6 Use A Dedicated Healer 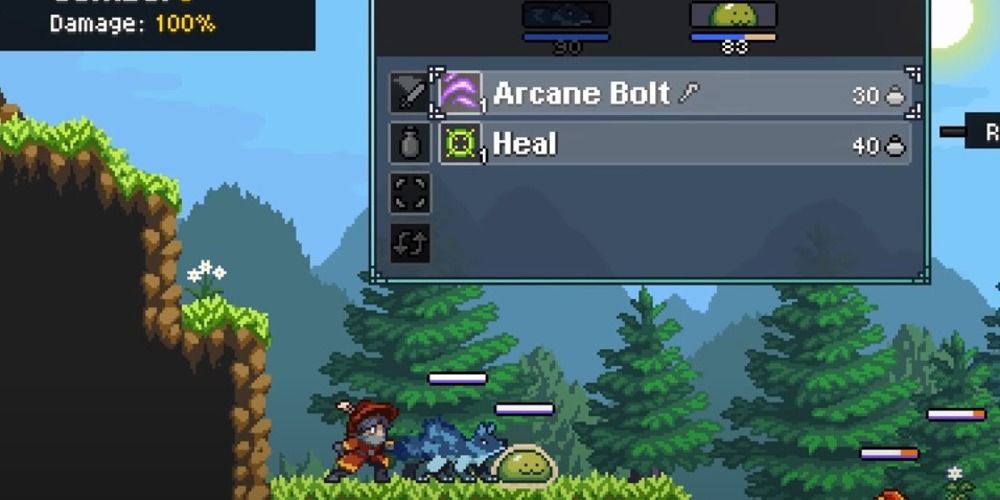 Just as shields are important in battle, healing is just as important, maybe even more so. Healing doesn’t just mean your monsters HP either, as many Champions will be able to stack multiple debuffs on your team that can quickly become debilitating if you aren’t careful. The Restore healing ability will not only give your monsters back their HP, but also remove a certain number of debuffs depending on the level and is one of the better healing options to use during a Champion battle. 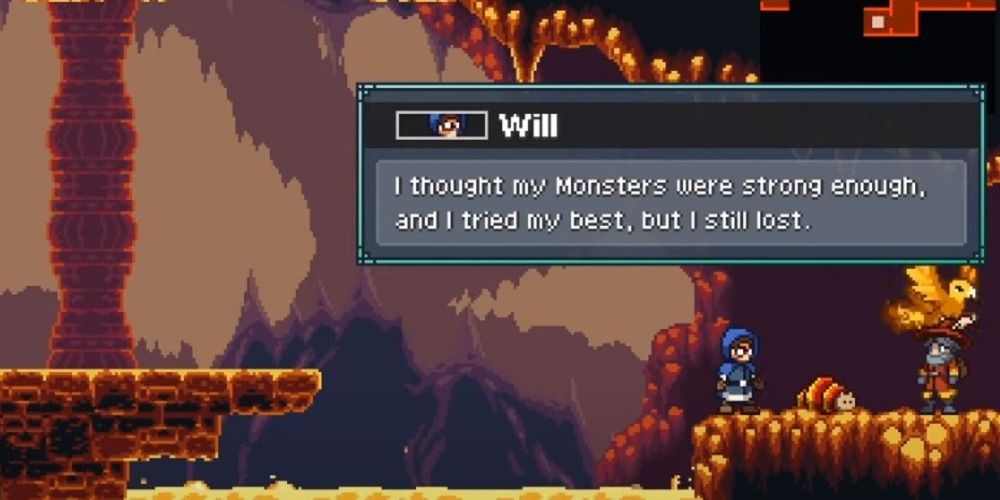 It might be tempting to try and out-muscle the Champion with your three strongest monsters, but this is likely to end in failure more often than not. Aside from most strong monsters also having either weak defenses or very few attacking options, they also don’t carry a means to heal or shield their teammates when they need to, meaning any damage they take in battle will quickly add up without a supporting monster to help them stay healthy.

4 Debuffing Can Mean The Difference Between Winning And Losing 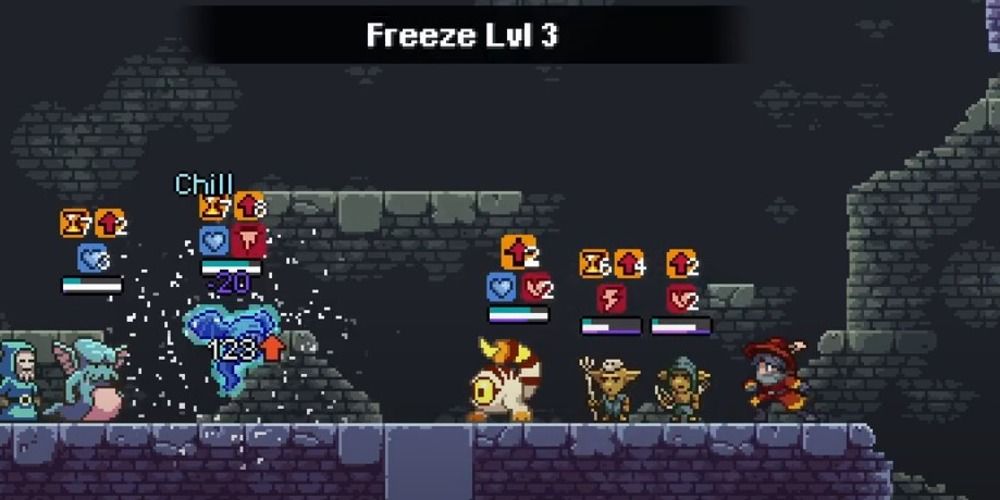 The best way to keep on top of a Champion’s HP isn’t by using your strongest attacks over and over again, it’s by stacking as many debuffs as you can onto it. Monsters like Grummy and G’rulu are great for this, as they can generally inflict up to five stacks of Armor Break and two stacks of Burn with the right skills taken.

If you are using a Chill centered team, ensuring that you are also bringing a monster with the Congeal passive ability, which deals damage when a monster is inflicted with Chill, is a great way of not only keeping the Champion’s Mana in check but also dealing extra chip damage.

3 Buffing Your Monsters Can Speed Up The Battle 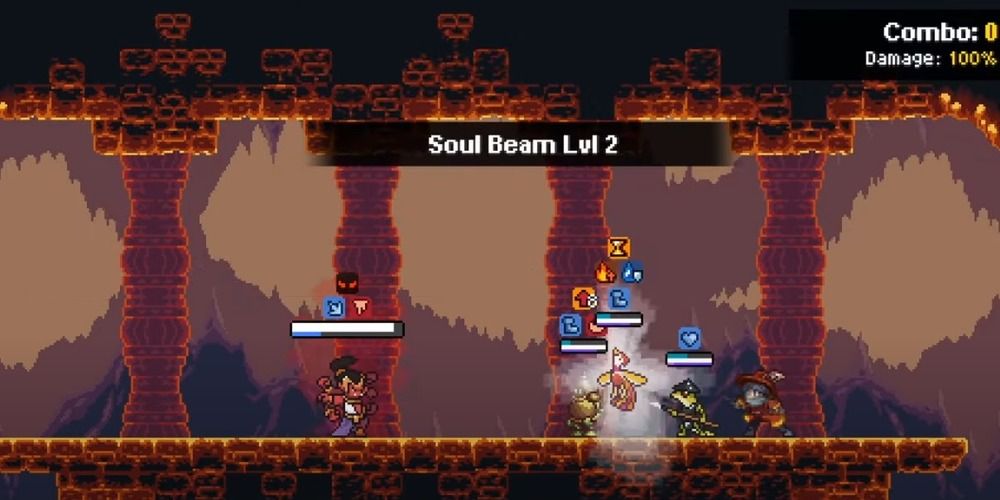 More often than not, due to the Champion monster’s large HP, your monsters won’t deal all that much damage without some help, which is where using buffs comes in. Monsters like Vaero, which has multiple buffs in its arsenal, can go a long way in helping your other teammates deal more damage. Yowie’s Glorycast is also great for Magic centered teams, as it reduces the cost of higher damage attacks as well as improving their Critical Chance to deal more damage when they do attack. 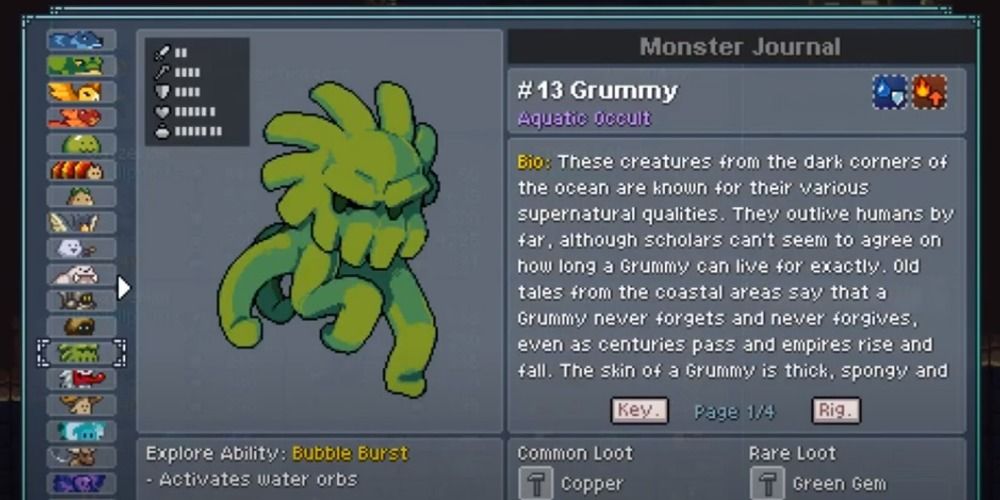 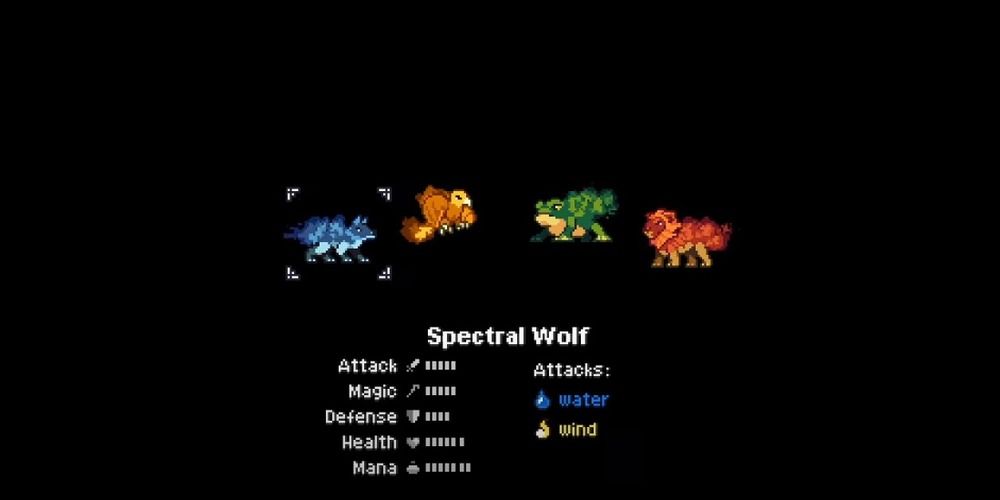 In some cases, especially in the case of late-game champions like Verstraag, you may need to create a dedicated team of three to defeat a specific Champion. This is usually due to the high level of these monsters combined with their inflated HP stat and ability to attack multiple times per turn, though can also be due to how you have built your team in the first place. A team that is centered around the Chill mechanic will do comparatively worse against Dracozul than a team-centered around inflicting Bleed stacks through physical attacks, while that same Bleeding team will do poorly against Kanko, which has an absurd chance to dodge attacks.

Next: 10 Best Games Of The Metroidvania Revival 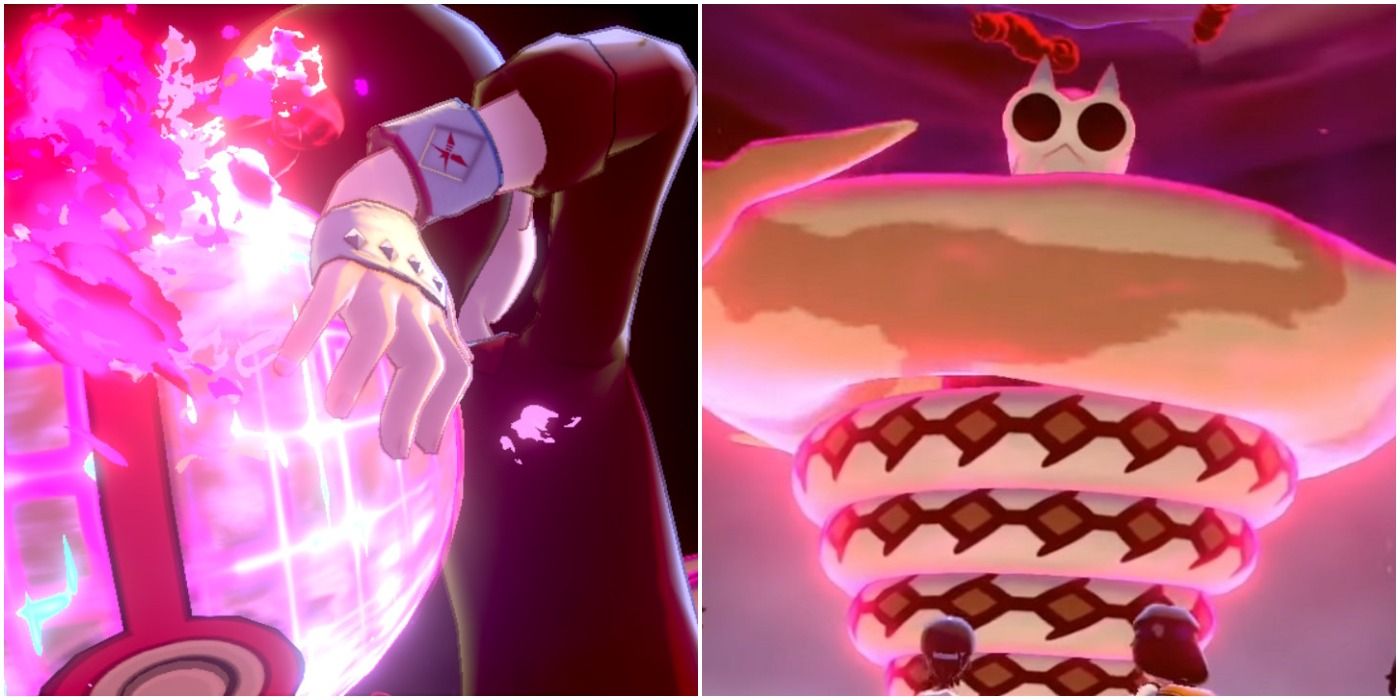