Continuing on with Magic: The Gathering's recent stint in crossovers, the Battle For Baldur's Gate preconstructed Commander decks come from the worlds of Dungeons & Dragons. For those uninitiated, Dungeons & Dragons is another tabletop series by Wizards of the Coast and Magic, believe it or not, was at first pitched as something for players to do inbetween their D&D sessions.

Reliquary Tower may have been printed many times before, but keeping the printings coming makes the card more accessible to newer Commander players. For that, we must also be thankful. 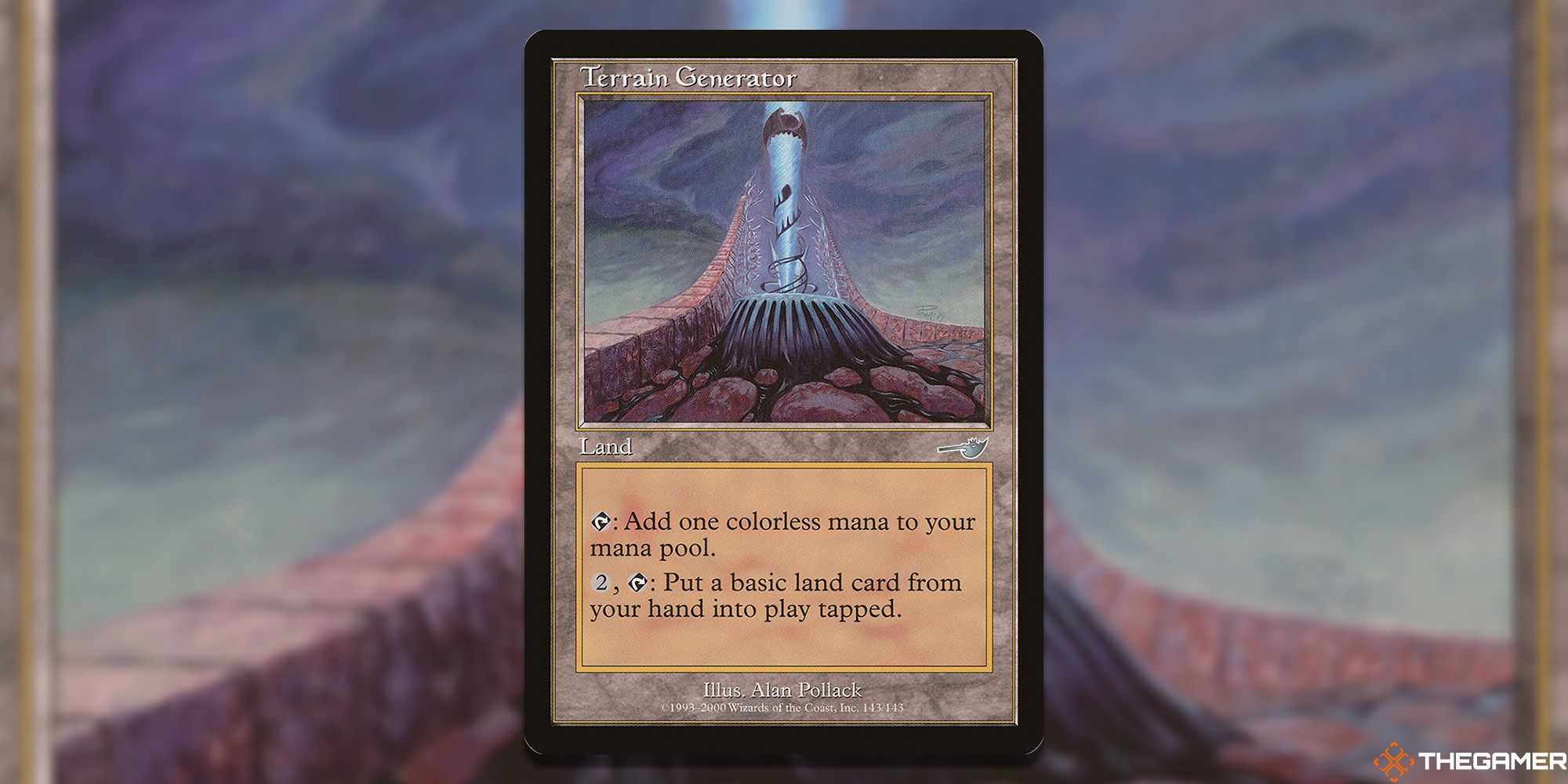 Terrain Generator is a much less frequently played land in comparison to Reliquary Tower, but its small number of printings manage to make it more expensive. Terrain Generator usually rears its head in decks revolving around putting lands on the battlefield, including landfall decks and decks with Commanders like Uyo, Silent Prophet.

However, there is an argument for including Terrain Generator in control decks that feature more than a few instant-speed card draw spells as well. After all, ramping more lands onto the battlefield at instant speed is a pretty good, under the radar way to safely obtain a mana advantage over your opponents. 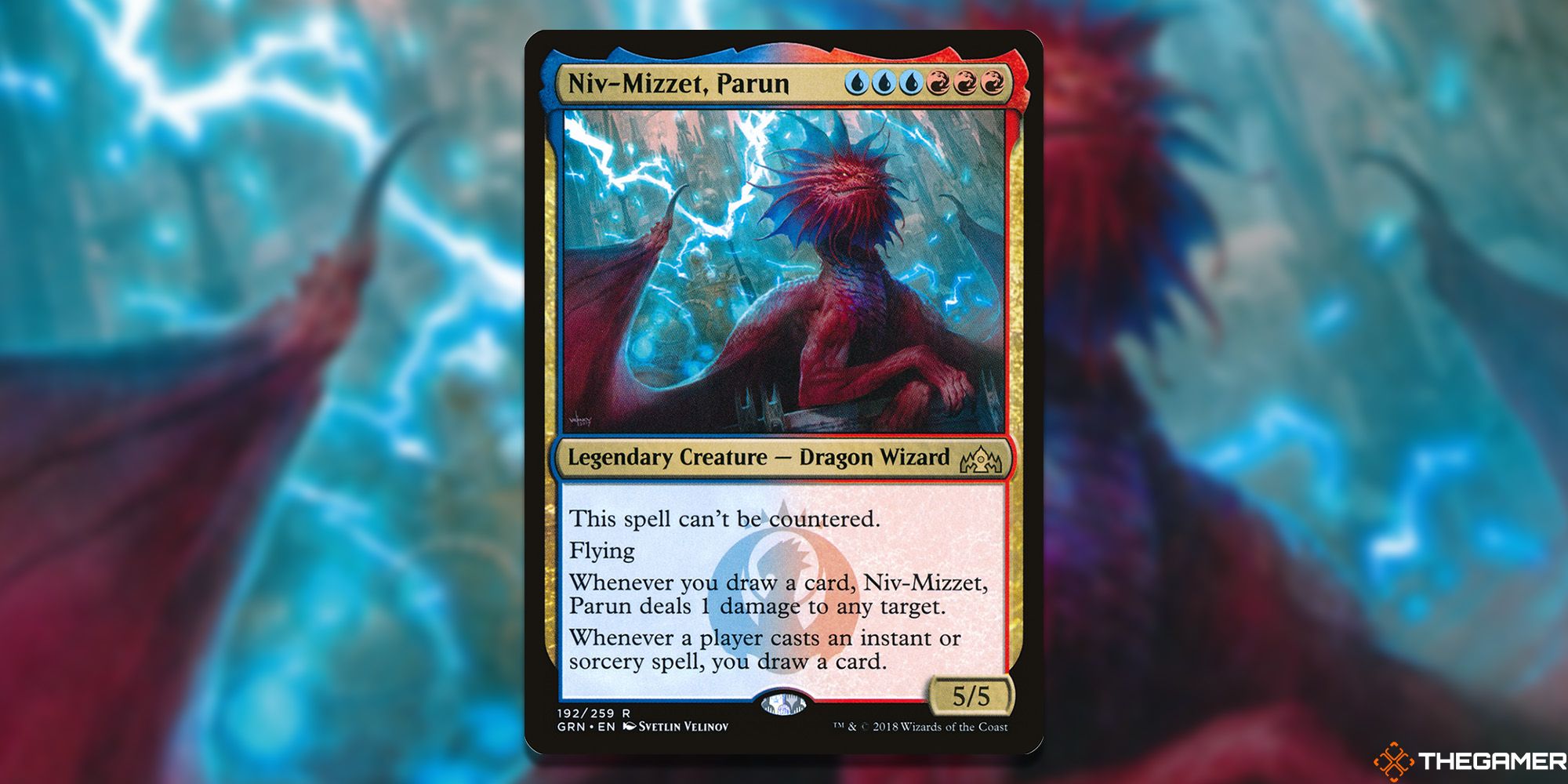 Niv-Mizzet, Parun has long been a favored Commander for brewers across the Magic world. As mentioned with Reliquary Tower entry, drawing most of your deck is simply a lot of fun. However, it's even more fun when drawing cards allows you to eliminate creatures and other players from the game.

Anyone familiar with Niv-Mizzet knows that it isn't a card that you can allow to stay on the battlefield for long, which is precisely what makes it such a great reprint. 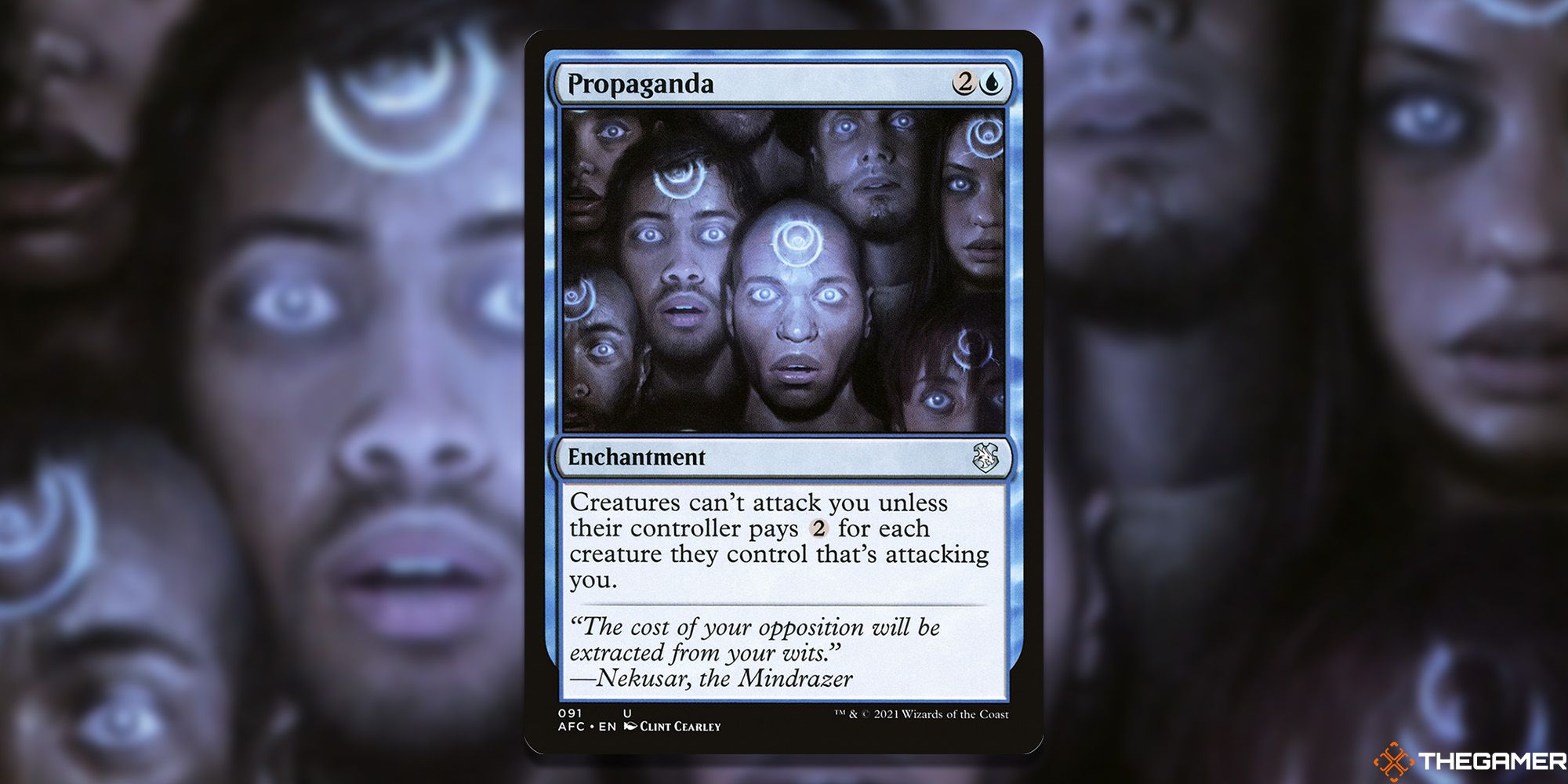 Token generation decks are another popular type of Commander decks, but, like all strategies, they do have their downfalls. Propaganda happens to be one of them. This cheap enchantment can almost single-handedly defeat any deck that relies on attacking with a lot of creatures.

Furthermore, Propaganda still functions well against a deck that needs to make any number of attacks during its combat phase, as long as they don't have the mana to pay for it. Imagine playing creatures, right? 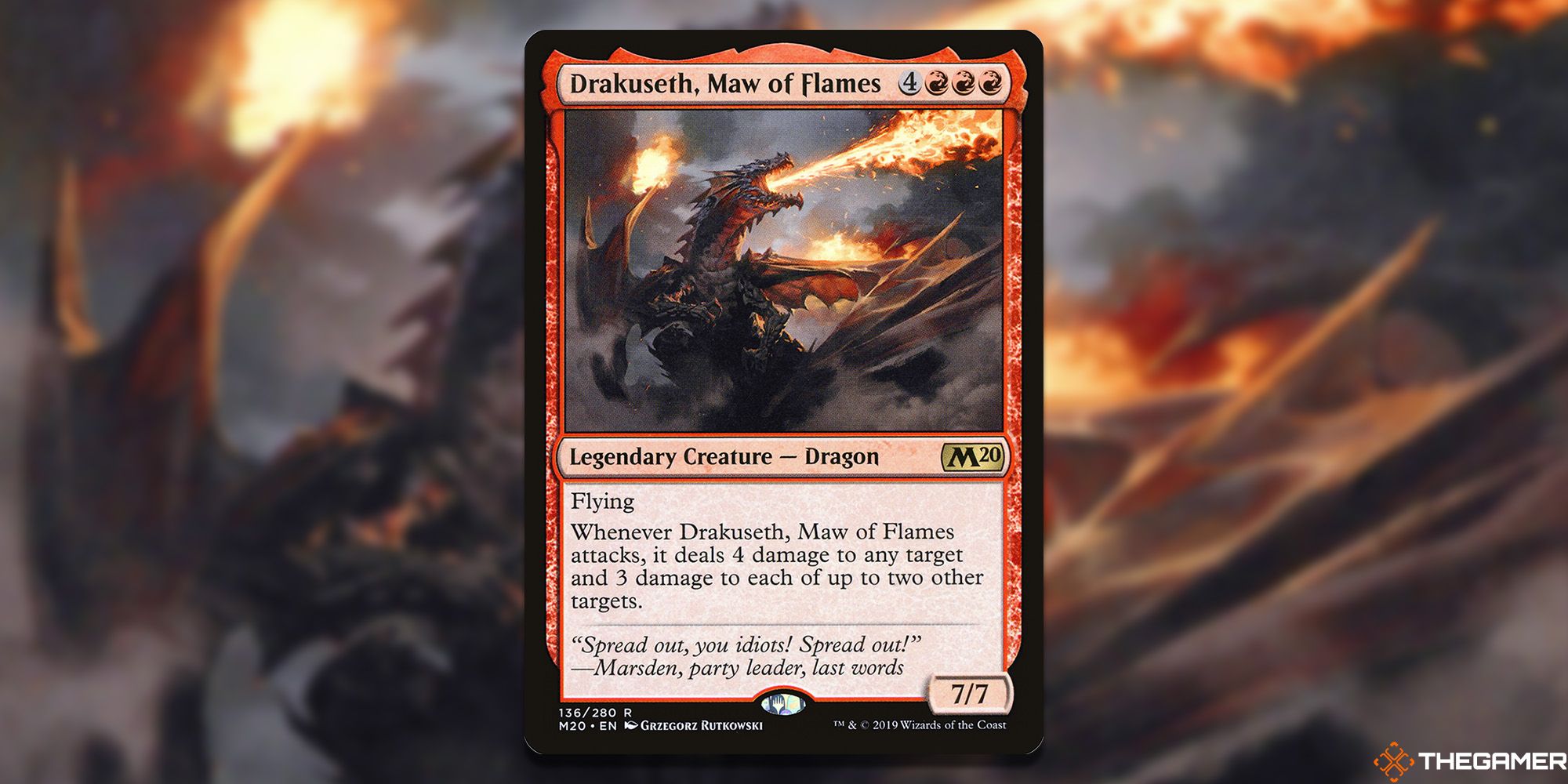 Instead of taxing your opponent for attacking, Drakuseth defeats your opponents' creatures by doing what any self-respecting Dragon would be expected to do: killing them with fire. As an added bonus, Drakuseth is also capable of killing opponents directly with fire, thanks to its "any target" wording.

It's fair to say that expecting your opponents to let you make an attack with Drakuseth is wishful thinking at best. After all, this Dragon is powerful enough that it will likely have a huge target on its back as soon as it comes down. One way to help ensure you get some value out of Drakuseth is by including Dragon Tempest in your deck, which allows the Maw of Flames and every other Dragon in your deck to attack as soon as they enter the battlefield. 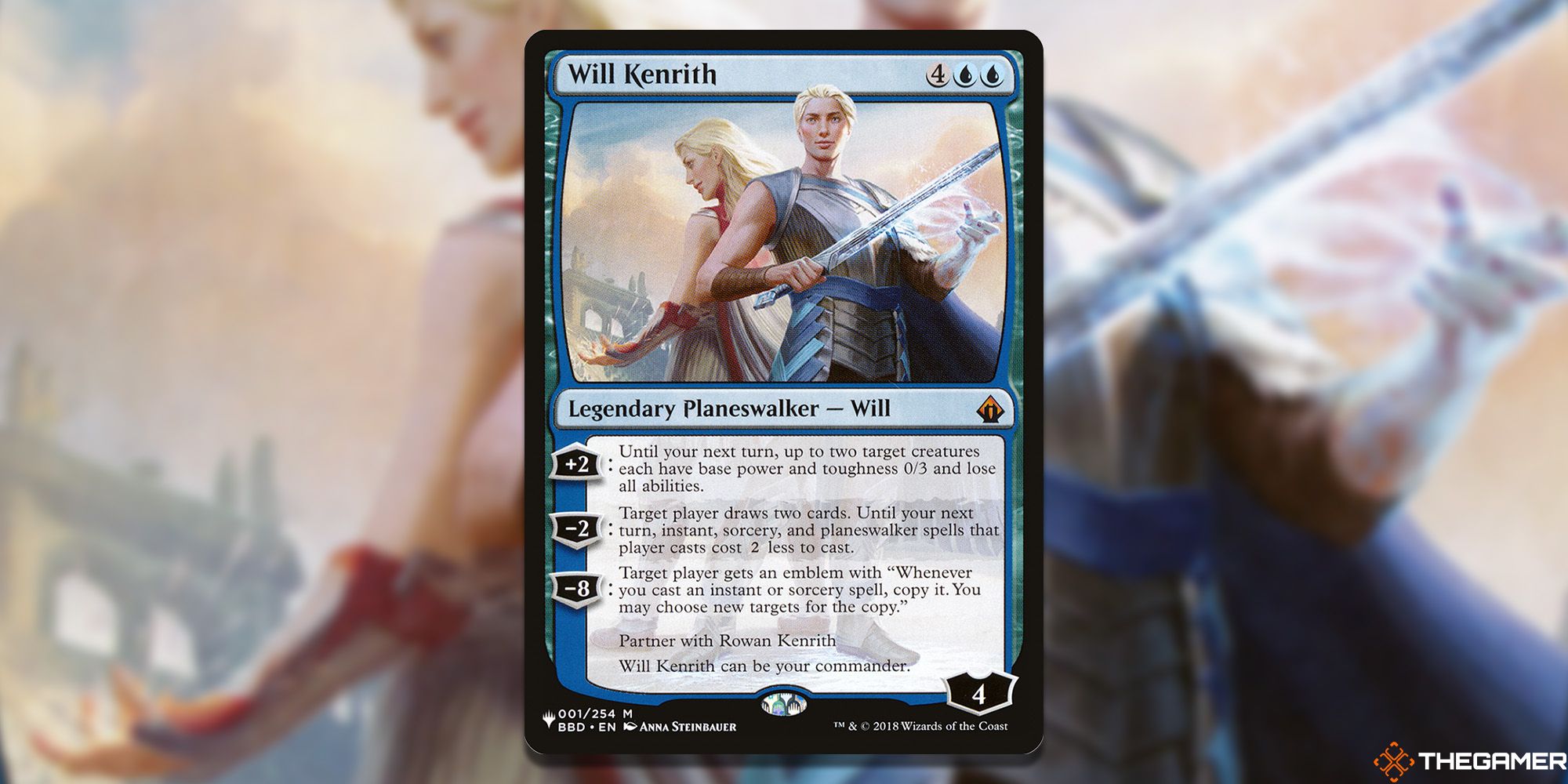 Why have a legendary creature as your Commander when you can use a planeswalker instead? Will Kenrith is among the better planeswalkers that can be used as Commanders thanks to his +2 ability, which makes two creatures 0/3 and strips away all their abilities until the start of your next turn. This ability closely resembles a plus ability that can be found on one of the most notorious planeswalkers ever printed: Oko, Thief of Crowns.

While Will Kenrith certainly isn't as good as Oko, the fact that this planeswalker has access to an uptick loyalty ability that paves the way for easily removing just about any creature is nothing to sneeze at. And that's all without mentioning the plethora of other abilities that this card has to offer. 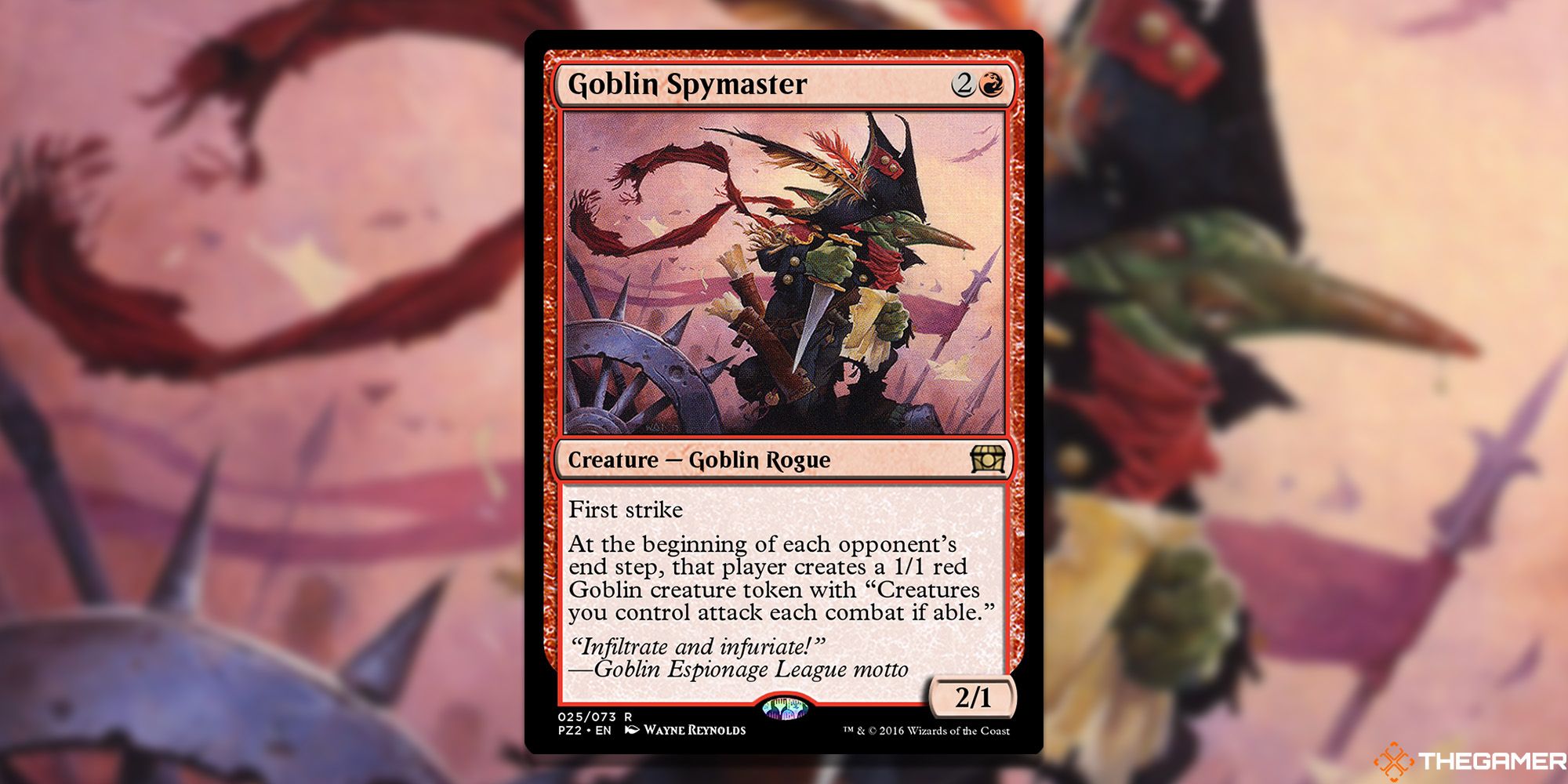 Goblins and tribal decks, name a more iconic duo. Goblin Spymaster is another welcome reprint for two reasons. Firstly, the popularity of Goblin tribal decks in Commander. Secondly, it's just a good card that slots well into many kinds of aggressive decks.

The last thing your opponent wants to do against an aggressive deck is leave themselves wide open, and the Spymaster forces them to do exactly that. 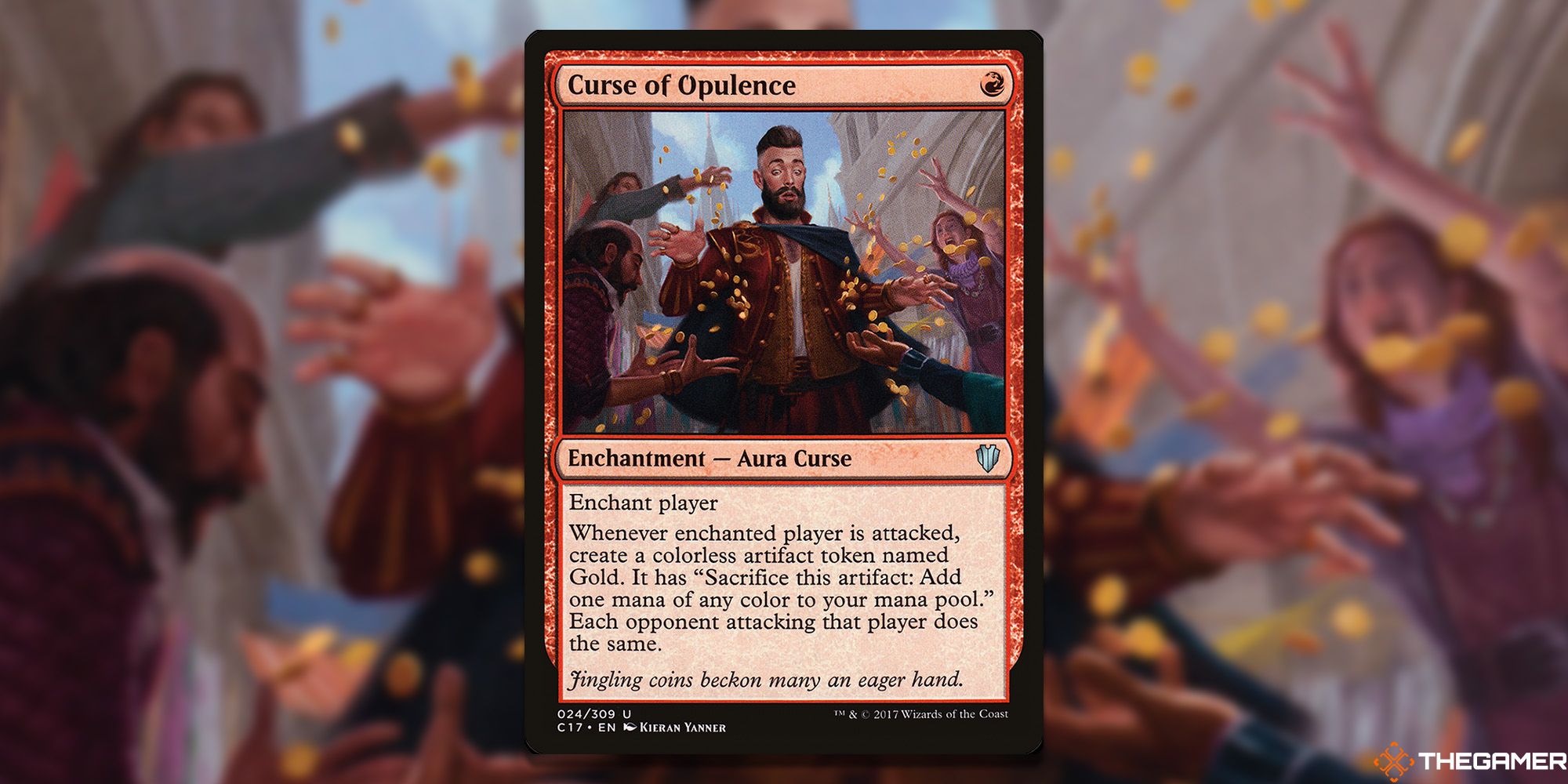 When it comes to Commander, it's hard to ignore that cards which are specifically designed for this multiplayer format are often a lot more fun to play. Curse of Opulence displays this facet of the format incredibly well as it allows its caster to designate another player as everyone's favorite punching bag.

The secret has long been out on the power of treasure tokens, so it's hard to resist getting them for free by simply turning your creatures sideways against the opponent enchanted with this curse. There's no better evidence for the allure of this opulent enchantment than the card's very own price point. With low printings and high demand, the card was previously sitting at a price of around $16.

Thanks to its reprinting in Baldur's Gate, this Curse is becoming more accessible for everyone as its price has dropped to around $12. Really, what better way for a Dragon deck to reward the Commander format than by filling it with more greed and gold?