Magic: The Gathering’s final release of the year, Jumpstart 2022, has finally been fully revealed. It’s a lot of what we know and love from 2020’s Jumpstart – a great introductory set that manages to balance accessibility for newcomers with powerful reprints and spicy plays for veterans. With cards like Kiki-Jiki, Mirror Breaker and Rhystic Study included, there are lots of reasons to be excited.

Usually, one such reason is the set’s showcase frame, which is an alternate themed style that’s emblematic of the set. For example, New Capenna’s were art deco, while Dominaria United’s were stained glass, and both made opening boosters exciting. For Jumpstart, Wizards decided to revisit the anime art style of Kamigawa: Neon Dynasty’s showcase frame, but somehow managed to lose everything that made that first whack at the style such a big success.

I’m a big weeb and love all things anime and manga, so these alt-arts should be right up my alley. Sometimes they absolutely bang, too: Kiki-Jiki’s new art is crisp, ornate, and beautifully coloured, and I love Karn Liberated’s new look. The problem is very little of it has any basis in Magic’s multiverse, so feels less like Magic-does-manga and more Magic-does-Yu-Gi-Oh!. 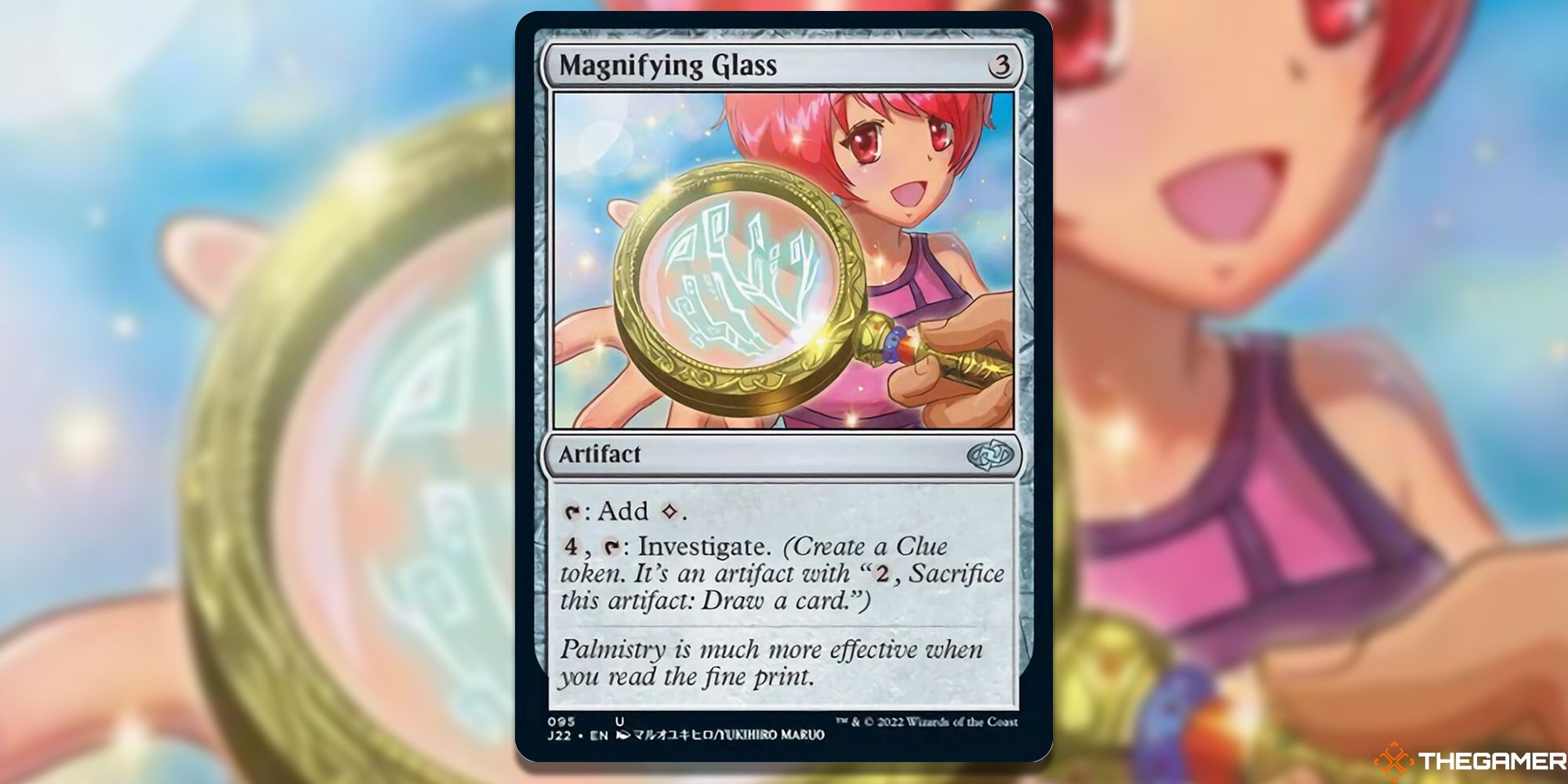 Kamigawa: Neon Dynasty had manga art, too, and it was incredible. From the sharp lines and bright colours of Sky-Blessed Samurai to the darker, moodier tones of Goro-Goro, Disciple of Ryusei; Upriser Renegade, and Reinforced Ronin, it showed the full gamut of what manga could do. It was an artistic feast.

More importantly, returning to Kamigawa was a big gamble for Wizards, and turning it from Feudal Japan to cyberpunk-inspired for its return trip required effectively an entirely new world, lore, and visual style to be pinned down for it to have any chance of success. With such a strong visual identity, Neon Dynasty’s manga cards felt diverse and a big leap from what Magic normally does, but also felt consistent within the game. 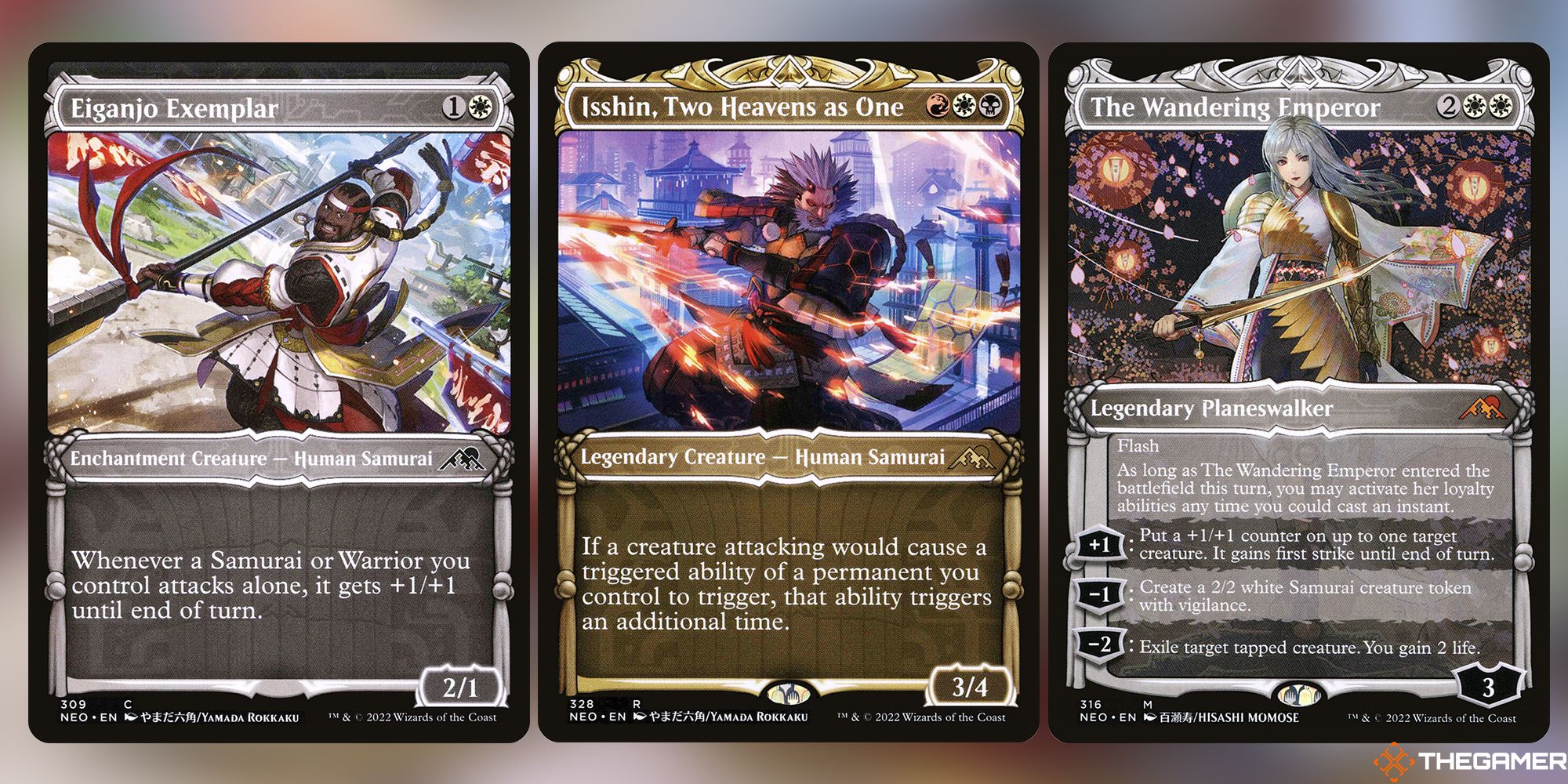 Jumpstart doesn’t have that luxury. With no real setting to base itself in, it brings together the entire multiverse and its multitude of aesthetics, influences, and backstories. The manga art very rarely feels connected to that. Oathsworn Vampire and Feast of the Fallen are probably the two best examples of this, and they both rely on Innistrad’s worldbuilding to be successful. Just look at cards like Elvish Rejuvenator and Whirler Rogue – even with the faint Kaladesh influence of Whirler Rogue, they look more like screengrabs from Crunchyroll’s latest show and fail to be consistent with Magic as we know it.

The second problem is a much larger one: just what in the planeswalking fuck is some of the art here? Arlinn, Voice of the Pack has drastically de-aged one of the game’s few middle-aged women into a generic anime lady, which, in a set launched shortly after the death of Magic’s other leading older lady Jaya Ballard, feels particularly egregious. Meanwhile, Thrashing Brontodon has been singled out and ridiculed by the community for the dinosaur’s bedroom eyes, and the less said about Magnifying Glass’ Scholastic How To Draw Manga book-looking girl, the better. 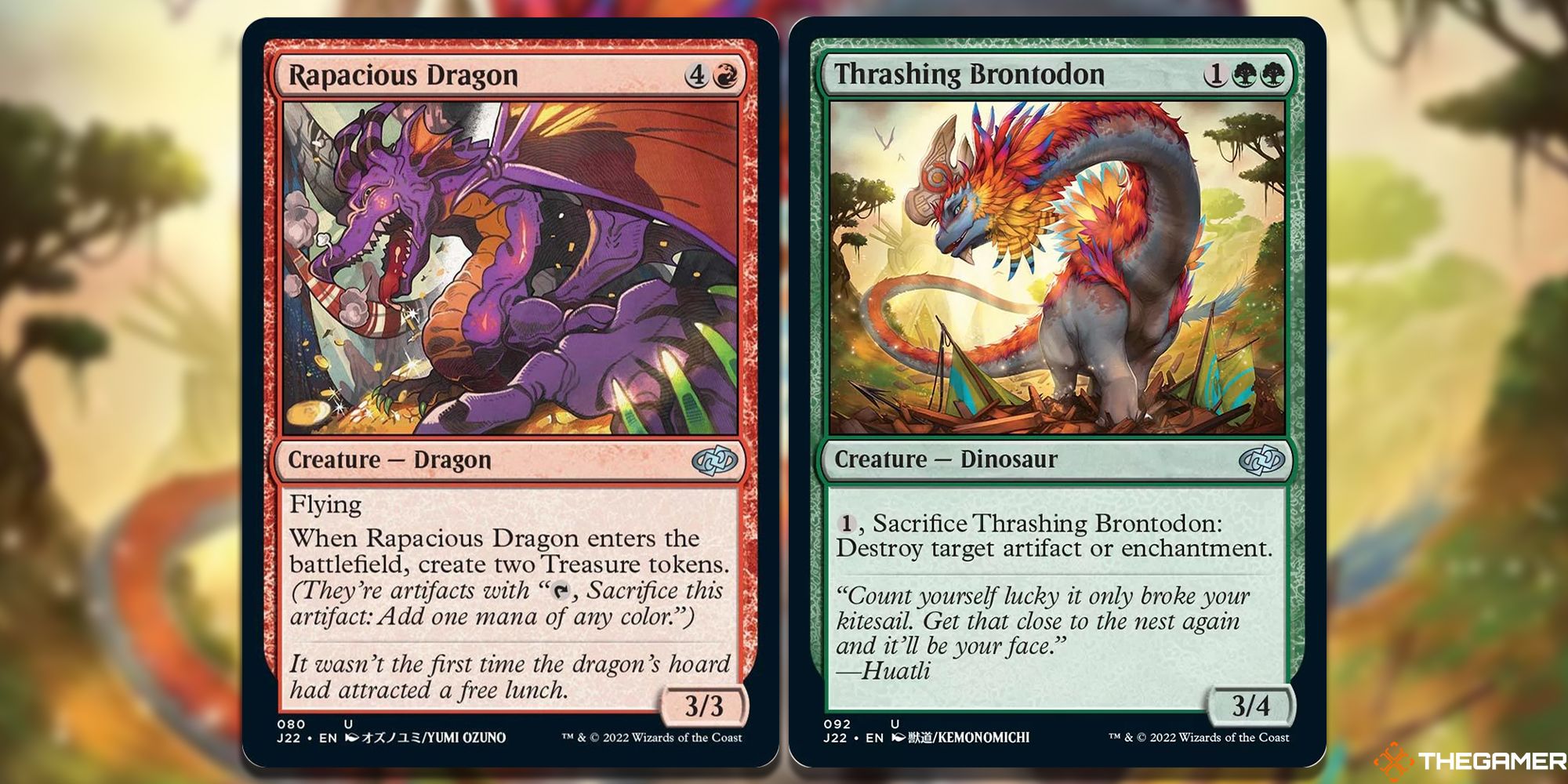