Nerf has a new mascot. It might actually surprise you to know that Nerf, the brand most commonly associated with firing foam darts out of colorful plastic firearms, didn’t already have a mascot, but they do now. And they’re perhaps the most terrifying creature ever to come out of a corporate marketing team.

I’d like to introduce you to Murph, who uses they/them pronouns on account of being genderless. That’s because Murph is made of thousands upon thousands of Nerf darts that have amalgamated into a human-shaped monster that clearly wants to consume the souls of the living.

Murph has two arms, two legs, and a head that looks like it could extend to four times its length at any moment. In person, Murph at least adheres to social protocol and wears Nerf-branded shoes and a Nerf tank top, but being genderless, Murph didn’t see the point in wearing pants. 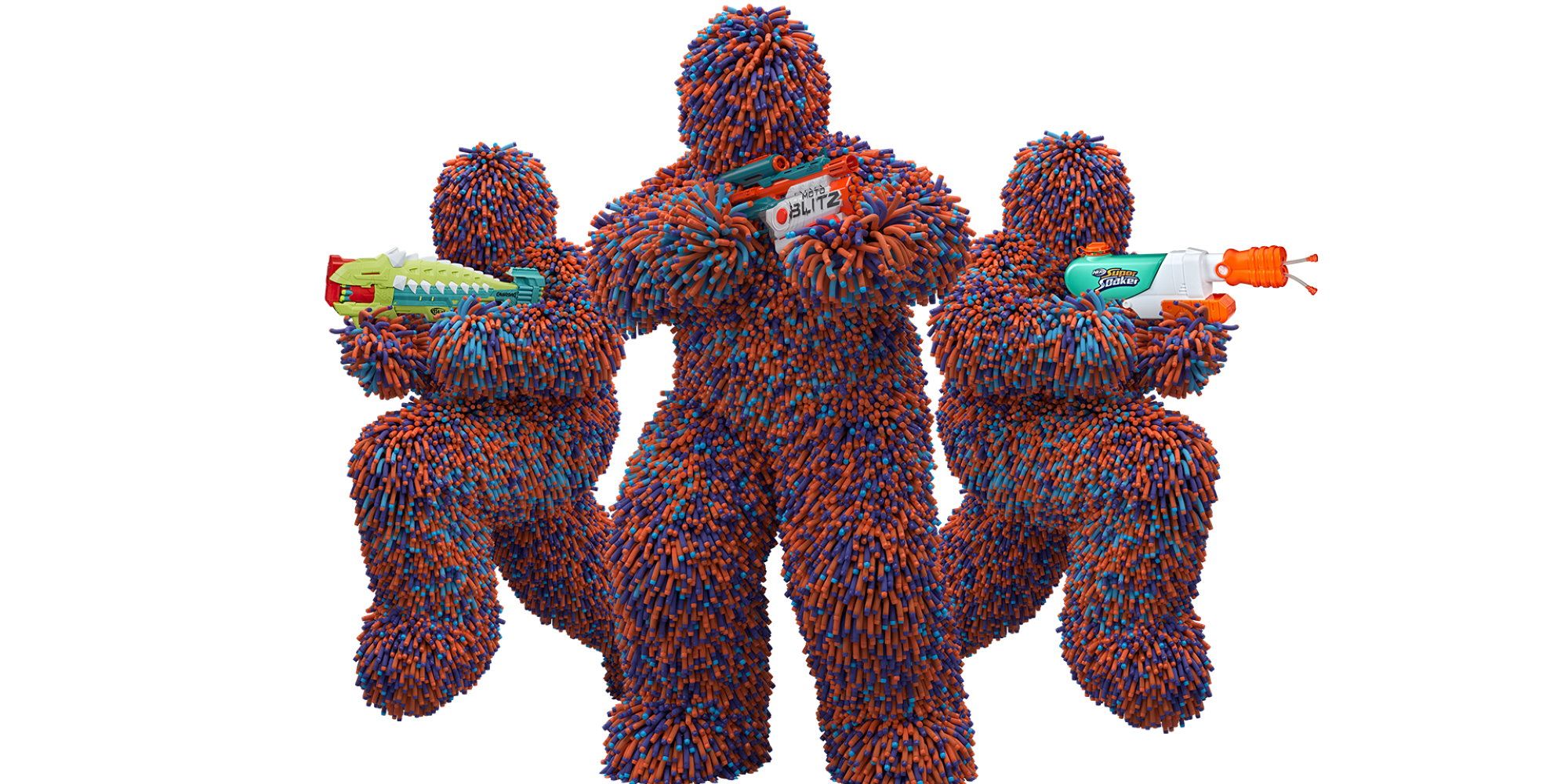 As one would expect when presented with a Lovecraftian horror that strains the mind’s sanity just to gaze upon, Murph arose from the depths of Hasbro’s marketing department following three months of fevered chanting in a room filled with pentagrams and the sacrificial remains of a dozen Maverick blasters. According to Adam Kleinman, Nerf’s senior vice-president and general manager, Murph is a "playful spirit and gifted athlete." Cool.

"We wanted to introduce a mascot that represents this ageless, unbridled fun that lives in all of us and creates a physical embodiment of that feeling you get when you play with Nerf," said Kleinman as he announced Nerf’s new "Unleash the Play in You" marketing campaign. The campaign aims to get kids and their parents to go outside and play, preferably with Nerf products.

"Nerf recognizes that while screens are great, there remains a need for kids, and their parents, to get out, get active and make memories," Kleinman added.

Murph will begin appearing in Nerf commercials, ads, and social media channels later this month. After that, the end-times will surely be upon us.