D&D Direct has just wrapped up with a bunch of big announcements. There’s the new Spelljammer sourcebook coming, both a Dragonlance adventure and board game, and the D&D movie finally got a title and a release date. And for new players, there’s a brand-new starter set coming to make it easier than ever to get into Dungeons & Dragons.

The new starter set is called "Dragons of Stormwreck Isle," and it promises to be a "simplified and streamlined" experience over previous starter sets. Inside you’ll find everything you need to start playing, from character sheets to setting and GM booklets, as well as a set of multifaceted dice. There’s even a digital onboarding tool to help teach new players the basics.

For two to six players, Dragons of Stormwreck Isle is aimed specifically at teaching younger audiences the rules and flow of D&D. The new starter set will hit retailers on October 4, including local game shops. 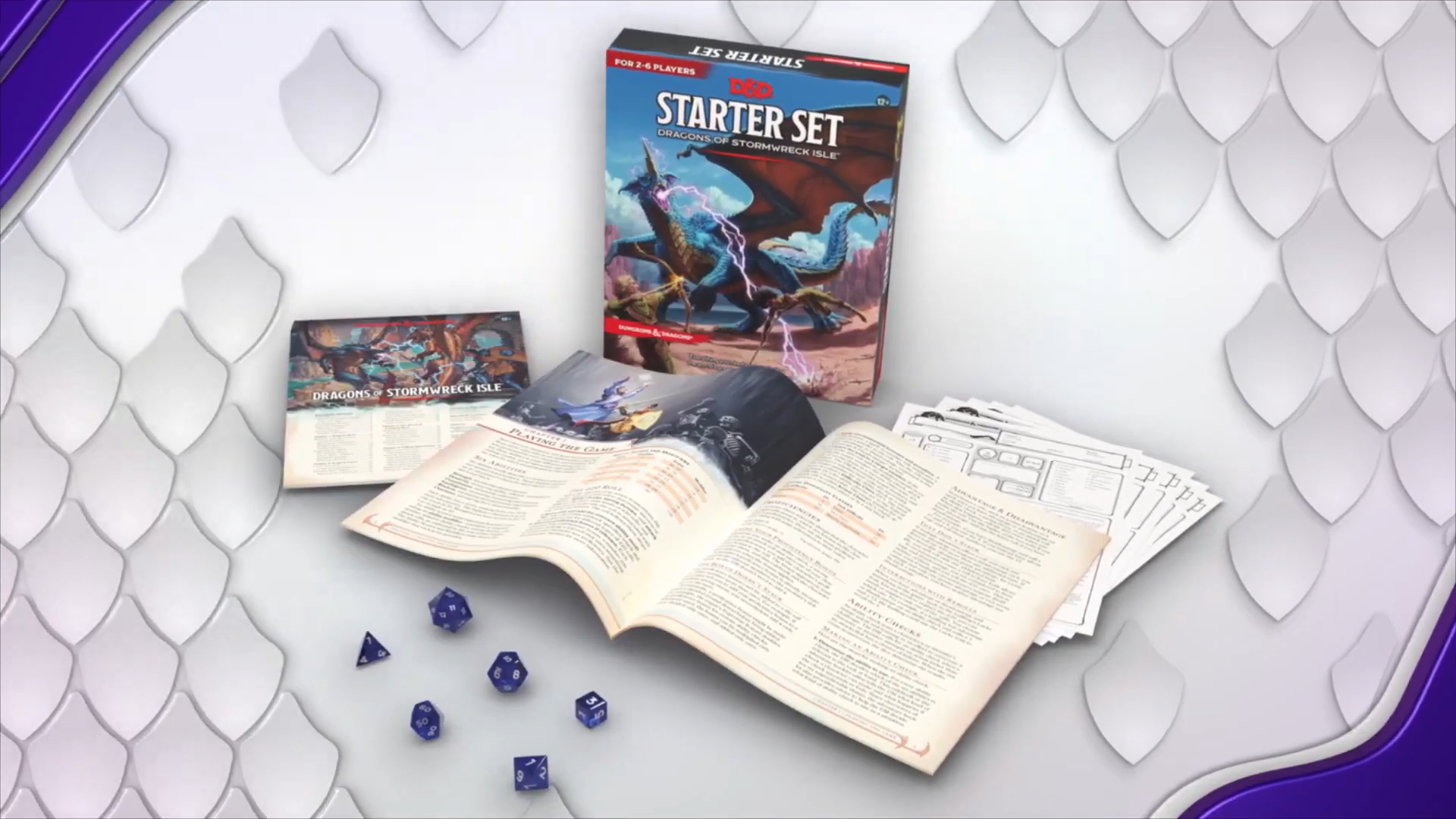 For veteran D&D players that want something a little more intergalactic, Spelljammer catapults D&D into outer space. It's still a fantasy setting, but there's less of an icky feeling when you describe planets and suns and stars and stuff. Expect Astral Elves, Auto-Gnomes, Plasmoids, and the Giff hippo-people to make their debut in Fifth Edition thanks to Spelljammer, coming August 16.