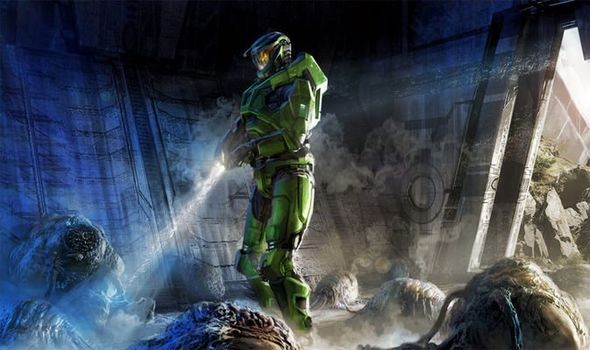 A hugely important year for the Halo franchise kicks off on July 14, as Halo 3 makes its way to the Master Chief Collection on PC. As fans countdown to the release of a true classic on PC, Halo developer 343 Industries has revealed more about the new gameplay features coming to all versions of the game with the new update. Halo fans are also less than two weeks from finding out more about Halo Infinite, which will take centre stage during the next Xbox Series X showcase later this month.

343 Industries revealed more about the planned changes to Halo 3 during a recent showcase live stream online.

The biggest changes will be made to Forge, which will include new features such as brand new pieces and phased physics.

“As the Publishing Team talked about in the livestream, we’re not just adding Halo 3 to PC with this update,” 343 explains. “We’re updating the game across both platforms to include a multitude of other features, fixes, and quality-of-life improvements as well.

“Halo: Reach, Halo 2: Anniversary, and Halo 3’s Forge will all be added to MCC on PC.

“Additionally, Halo 3’s Forge will be updated (on both platforms) to include tons of new features like phased physics, coordinate snap, rotation, rotation snap, and increased budget, and brand-new pieces.”

The Halo 3 developer has also announced plans to improve the audio in Halo 3, while also adding new customisation elements.

“As outlined in our in-depth explanation in the latest MCC Development Update, Halo: Reach and Halo 3 will be getting many audio fixes across the board,” the post continues. “Boost up the volume and give it a listen!

“As many of you saw in the recent Halo 3 flight, updated customisation will be available for Halo 3.

“This includes being able to select specific armor pieces separately, as opposed to the full set system we had before, as well as displaying your emblem on your shoulder and armor detail colors in-game.”

To July 14 Halo Master Chief Collection update will also coincide with the release of a new in-game season.

Season 2 is said to contain over 100 new customisation items, which will be unlockable through the Campaign, Firefight, and Multiplayer gameplay and challenges.

“Based on community feedback, we are also making it so that players can choose the order in which they can unlock season items in any given tier,” 343 continues.

“You will still need to unlock all items in your first tier before accessing the next one, but the order is now up to you.”

Finally, 343 is teasing the reveal of new Halo Infinite gameplay, by confirming it will definitely happen on July 23.

“Save the date! We’re excited to share what the team’s been working on – the first look at Halo Infinite’s Campaign is coming on July 23!

“You’ll be able to catch the show on Xbox.com and pretty much everywhere else you may expect, including Xbox’s Twitch, YouTube, Twitter, and Facebook. We’ll see you in two weeks.”