Dakka Squadron will put you in the pilot seat of a rickety plane with way more guns than seems safe.

This is a Warhammer 40K adaptation that we definitely did not see coming. Turn-based and strategy games sort of fit within the realm of a tabletop war game, but an action flight sim? And one based on the Orks? That’s totally new, and we gotta say, we are into it.

For those unaware, the Orks in Warhammer 40K are not like your typical high-fantasy orcs. They’re still big and brutish, but they somehow have the magical ability to make technology work even when it very clearly appears like it shouldn’t. An Orkish Dakkajet, for example, appears like a 1950s-era fighter jet that has been cobbled together with bits of scrap and then welded into something that vaguely looks like a plane. 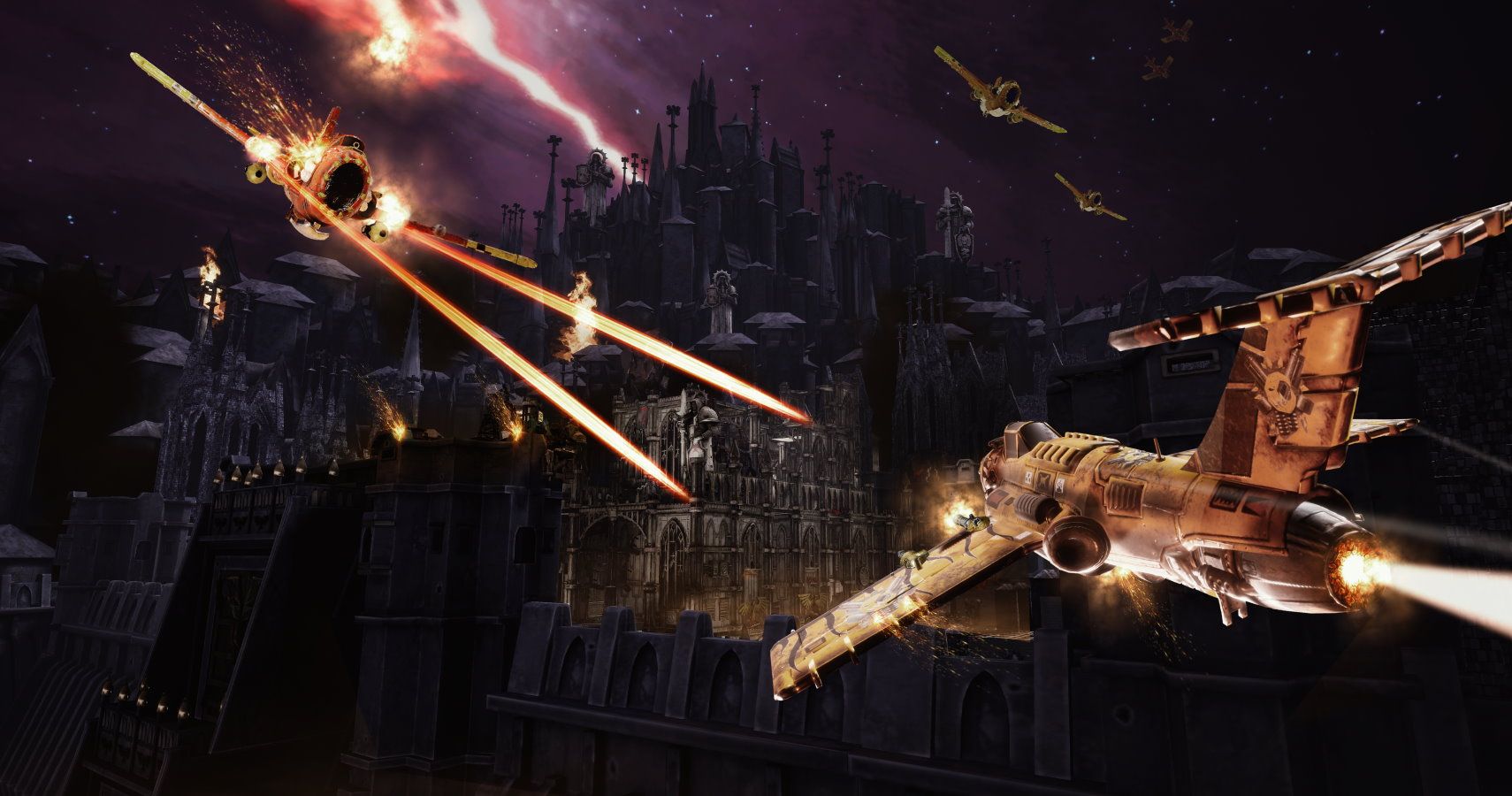 In Dakka Squadron, you will fly your Dakkajet (or Burna-Bomma or Blitza-Bomma) for the glory of your clan. You create your Ork, choose which Clan you want to fight for, and then embark on your Waaagh! (which is Orkish for ‘campaign’). The game will have 20+ missions which will take you all over the Warhammer 40K universe and pit you against both Orks and Warhammer’s more technologically advanced races.

Each Clan has its own set of traits to entice Flyboys to their cause. The Blood Axes have highly maneuverable craft, while the Bad Moons have guns that fire faster and bombs with bigger explosions. The Evil Sunz’s planes are faster and have better afterburners, while the Goffs are tougher and take less damage from ramming attacks. Besides these traits, players will be able to customize and upgrade their planes with a variety of weapons, including guns, missiles, and bombs.

One thing that Chicago-based developer Phosphor Studio wants to make clear is that this is not really a flight simulator. Don’t expect Microsoft Flight Simulator-levels of accuracy. Judging by the trailer, expecting Ace Combat-levels of physics might be a mistake too. This is a flight-action game “built from the ground up by Orks for Orks” and as such will have simplified controls that let anyone dive into the action headfirst in true Orkish style.

Dakka Squadron releases sometime later this year on all major consoles and PC. You can keep up to date by signing up on Dakka Squadron’s website.