Upcoming MMORPG New World from Amazon Games Studio may have received a few delays this year, but it looks like it’s finally settled for a release in Q1 2021. While we wait, IGN has delivered some gameplay footage that focuses on the title’s PvE combat.

Writer David Jagneaux had his first experience with New World during a demo back at the start of the year. While he criticized the demo’s combat for being “a bit clunky,” he appreciated that New World’s environment was not for newbies or the faint-hearted. Notably, he reflected on his time with the demo after embarking on a recent bout of gameplay. He stated that the game had “come a long way” from its intimidating demo to its refined PvE combat, which Amazon is continuing to polish up until its release. You can check out the gameplay footage here.

Noting that it was going to be his first time playing the game without the developer’s guidance, Jagneaux was also dropped into gameplay where over 150 hours had already been logged. A look at New World’s end-game content awaited with a healthy inventory, mastered weapons and many attribute points to spend. Exploring new location, Reekwater, Jagneaux praised the game’s real-time action, as other warriors became entangled in a rain of arrows, restless wildlife and gigantic tentacles piercing the ground. 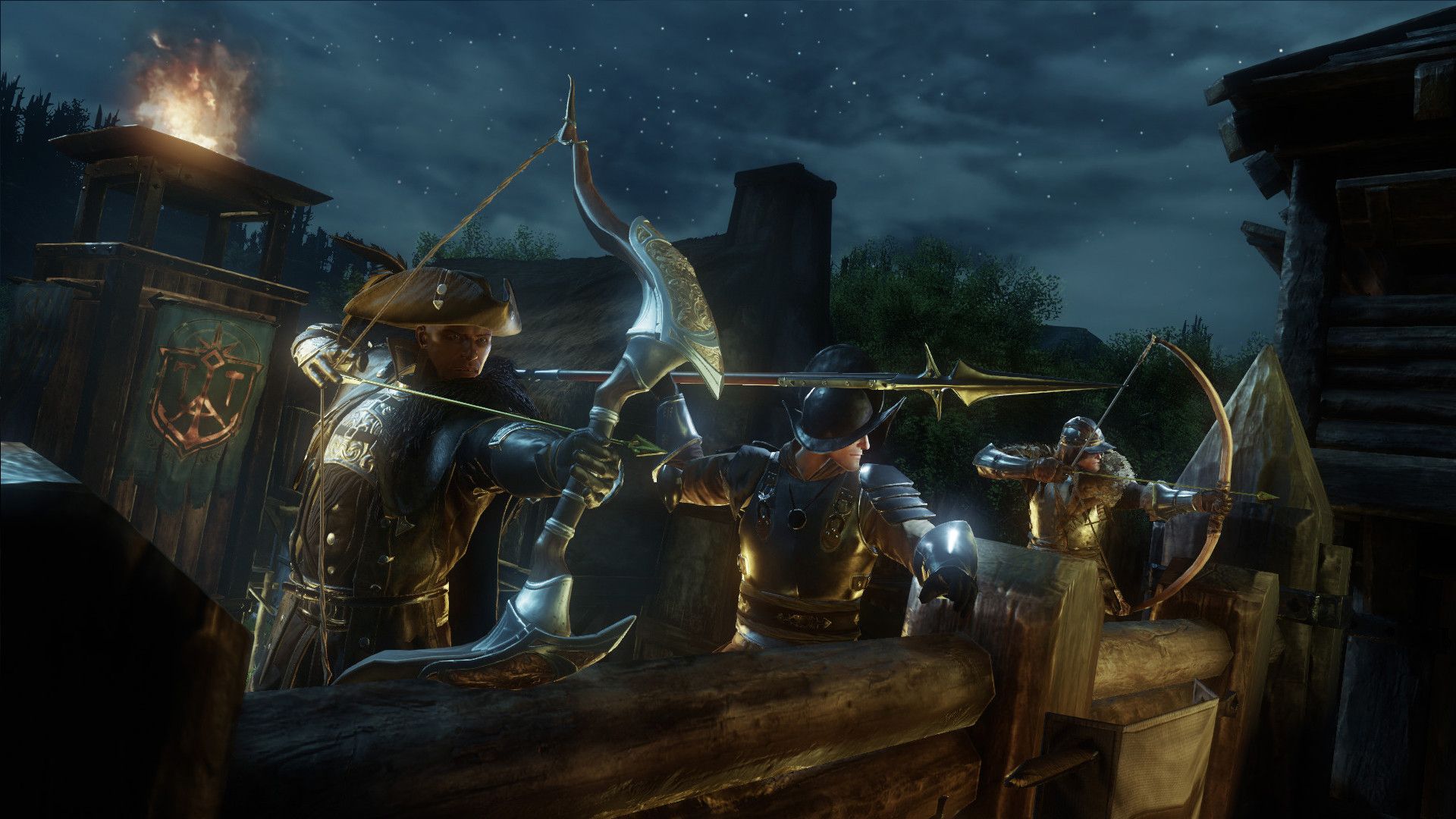 It was also pointed out how New World attempted to separate its combat mechanics from the standard “tab-targeting” function, and tried to incorporate patience and good reflexes in its strategy, similar to Dark Souls – a franchise that the developers admitted to Jagneaux was an inspiration. The game’s arsenal of weapons were all unique, and Jagneaux highlighted that the hatchet – which could also be used as a ranged weapon – paired well with the sword and shield once enemies moved in.

Jagneaux praised the game’s progression towards an effective combat experience with satisfactory results. Already familiar with the game’s impressive PvP War Battles, Jagneaux was pleased to see how the game’s PvE combat had evolved since the demo.

Earlier in the year, New World received some backlash over its connotations with American history, and people were dubious over its angle. With positive reviews surfacing from the game’s alpha testers – combined with Jagneaux’s experience – it sounds like New World is starting to win over the community.