Nintendo has dropped a lot of screenshots from Bowser’s Fury – too many for one article – but there’s plenty to dig into, whether it’s Mario cowering from the looming metallic foe in the distance, or just running around, having fun with cats.

The new screenshots show black goo infesting statues, Bowser Jr. and Mario playing with other Koopa siblings, Mario dressing up as a blue shell bro with a boomerang to boot, and, naturally, the final, Super Sentai, Kaiju fight between Mario and Bowser himself.

We also get a glimpse of Mario riding the back of a sea serpent while Bowser Jr. flies alongside with his paintbrush in hand. There are also further looks at the Cat Shines and bells, as well as the meteor strikes and fire beams that Bowser can rain down on you if you’re too slow. 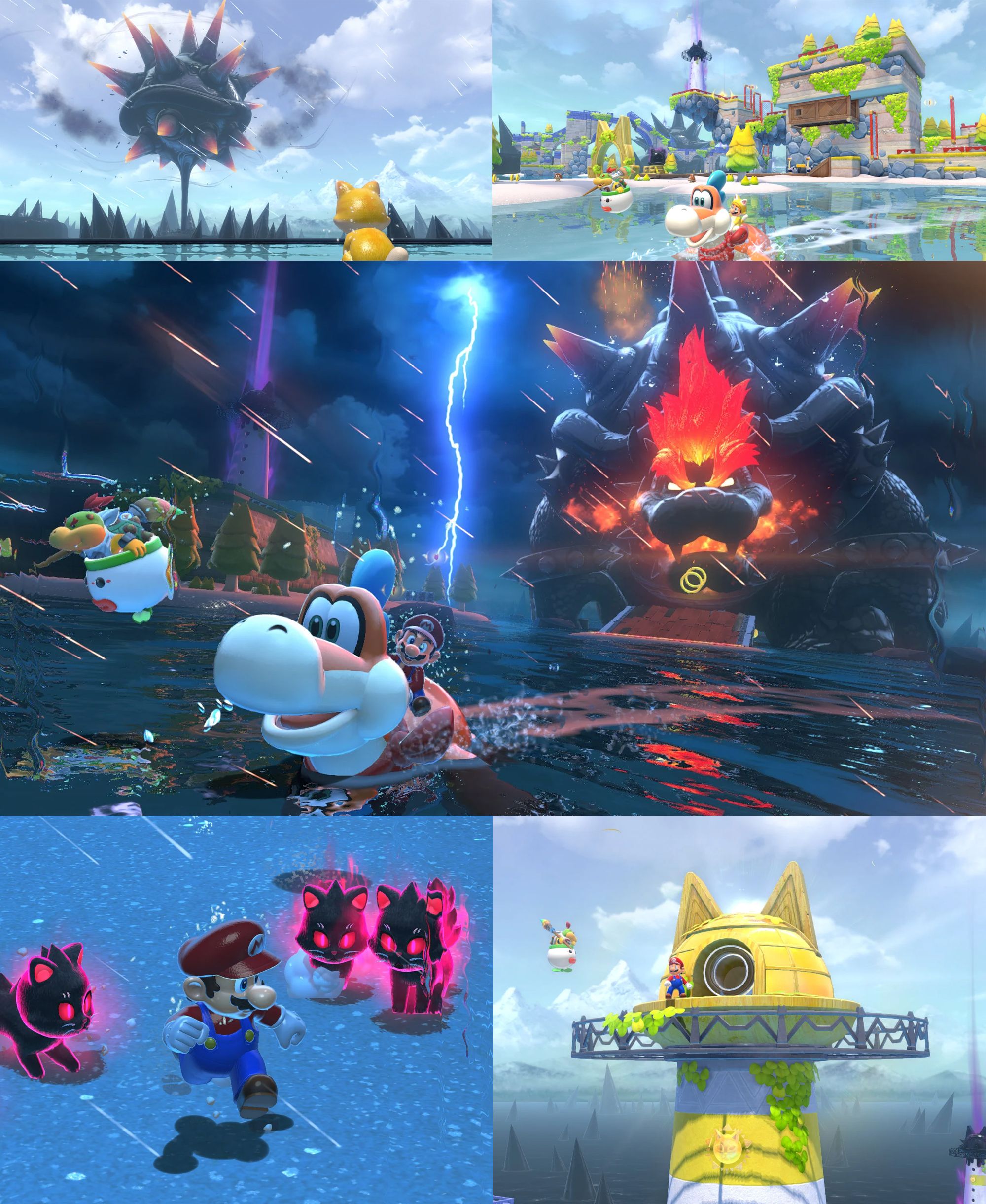 As revealed earlier this month, there’s a mechanic where Fury Bowser will be on your “tail” throughout your time in Lake Lapcat, with a Fury Sun in the sky reflecting how close he is. When the weather starts to get stormy, as seen in the pictures, he’s close by, and when he pops up, he can barrage you with meteors or summon a fire beam from his mouth. Maybe it’s payback for hurling him into the sun.

The new screenshots from Nintendo certainly highlight the stark difference between clear weather when perusing the luscious landscapes of Lake Lapcat and the stormy, nightmarish weather that follows Fury Bowser like a puppy-eyed kitten. We also get a glimpse of him all curled up in his black, red-pointed shell, floating in the sky like a bad omen.

And, to top it off, we get a look at the cat tower, a giant lighthouse-looking structure with cat ears because it wouldn’t be Super Mario 3D World without cat ears. All of this will be playable come February 12 for $60 or £59.99.