One of the most common questions you will ask when you pick up a new item in No Man’s Sky is: “what does this do?” The massive universe is packed full of secrets, materials, and items you’ll need to find and experiment with to understand, and Atlas Passes are among the most cryptic of the bunch. If you’ve been itching to uncover the secrets these passes hide, we’ll reveal everything there is to know about how to find and use Atlas Passes.

Atlas Passes, in short, are keycards that open special locked doors you can encounter on certain Space Stations, on planets, as well as various storage containers. Each of these doors or containers will have a level of security associated with them that dictates which level of pass you need to open it, ranging from V1 up to V3.

The containers a V1 pass can open hold very valuable items inside, such as Antimatter, and can usually be found near waypoints on a planet’s surface. The doors these passes open typically appear in the hangar opposite the marketplace, and allow you to buy a new inventory slot for your suit.

V2 passes are used for opening locked doors inside buildings you discover on planets, and give you story content that will help guide you on your way to the center of the universe.

It is also important to note that you do not consume a pass by using them, so you only need to get one once, and a higher tier pass can open anything a lower-tier pass can. So if you get an Atlas Pass V3, you can use it to open all doors and containers requiring a V1 or V2 pass.

Where To Get Atlas Pass v1 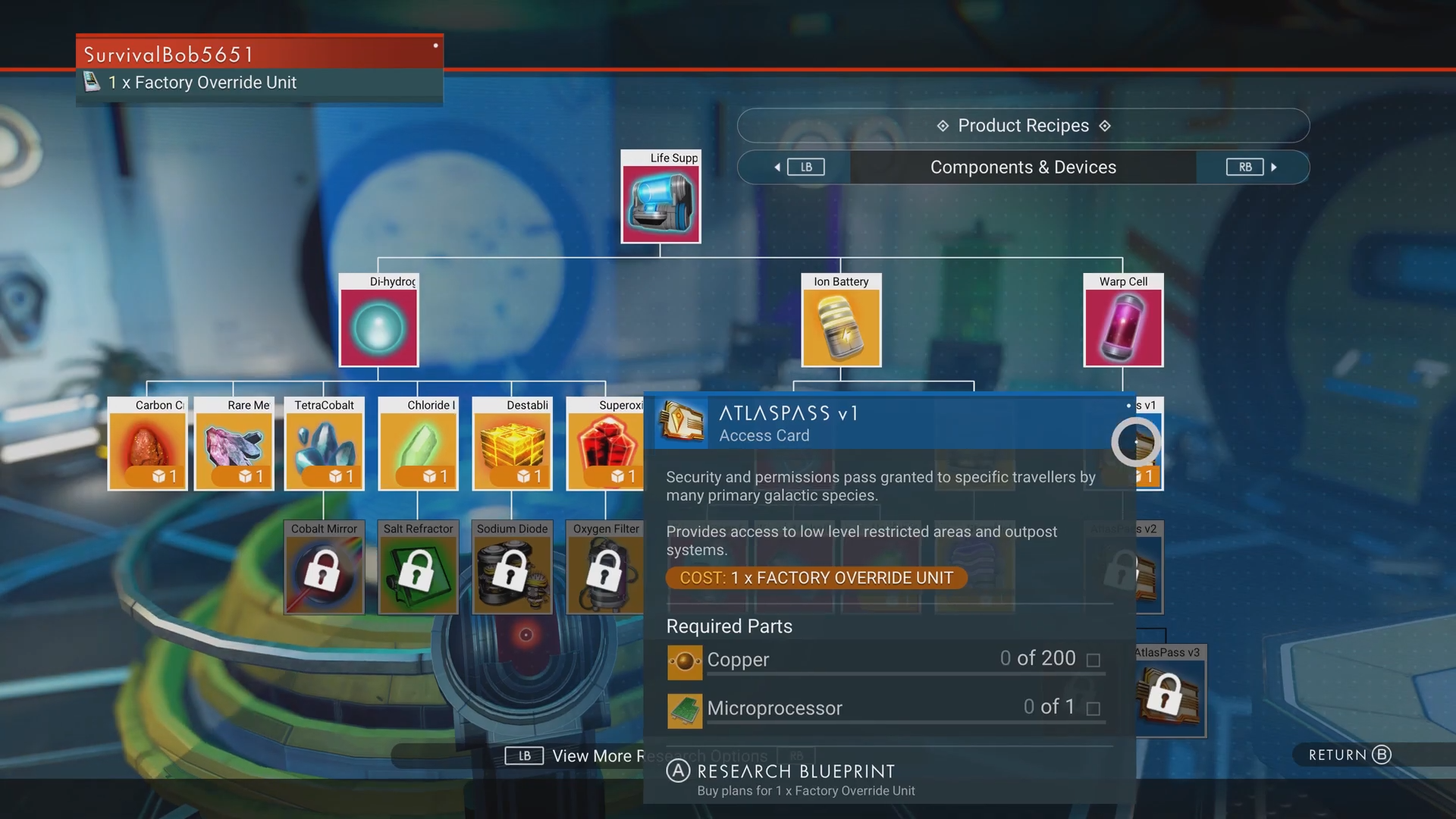 You can get your hands on the Atlas Pass V1 early on in your space adventures by choosing the path of the Atlas during the game’s opening and agreeing to the red orb’s plan. This will give you a series of waypoints to follow across systems, eventually leading you to a massive space station indicated as a “Space Anomaly”. Land there and an alien by the name of Polo will give you the crafting recipe for the Atlas Pass V1.

Where To Get Atlas Pass v2 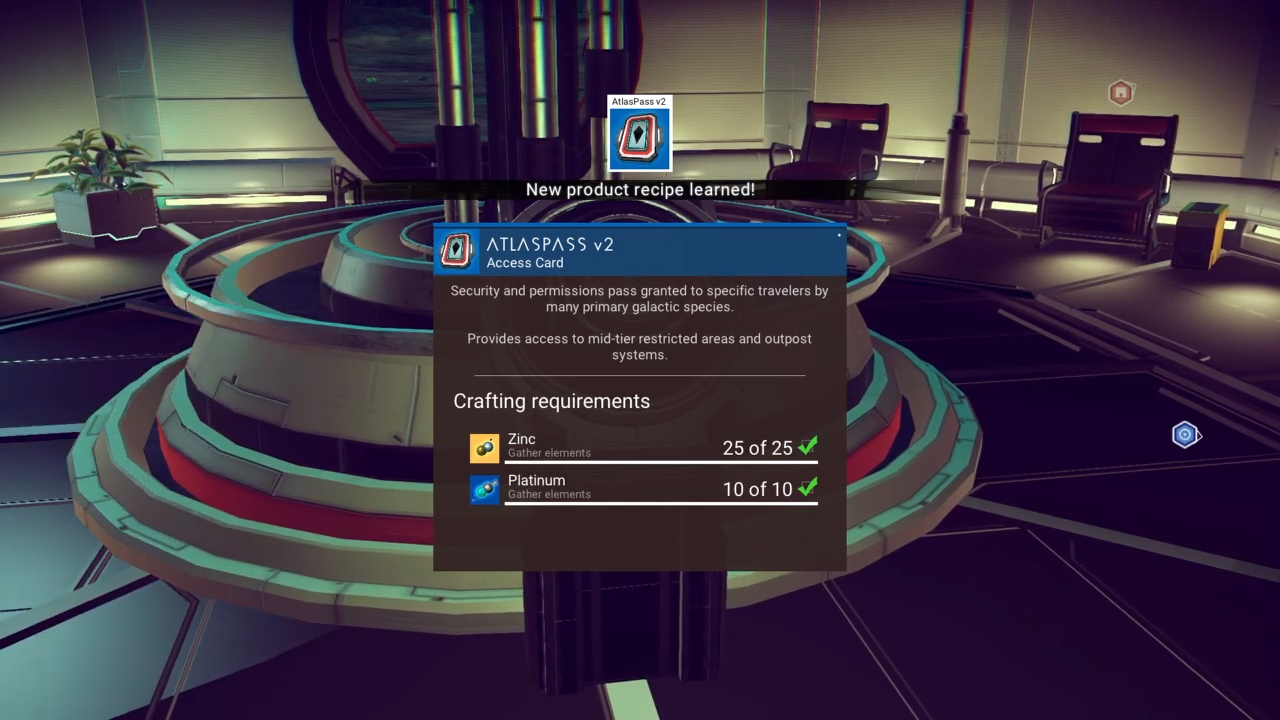 The Atlas Pass V2 is not so easy to come by in No Man’s Sky. They seem to only appear as random drops within Manufacturing Facilities and Operations Centers.

These two sites are found by using a Bypass Chip at a Signal Scanner and searching for a Colonial Outpost. It is fairly common to find at least one Manufacturing Facility or Operations Center this way, but not guaranteed.

Once you find one of these locations, you will need to blast your way in with grenades or your Boltcaster to reach the main terminal. You will also have to deal with some Sentinels on your way and then solve an alien puzzle. The difficulty will vary depending on how your level of alien knowledge, but solving it with a correct answer will reward you with a random blueprint. An Atlas Pass V2 is just one possible reward, so it may take multiple attempts.

Where To Get Atlas Pass v3 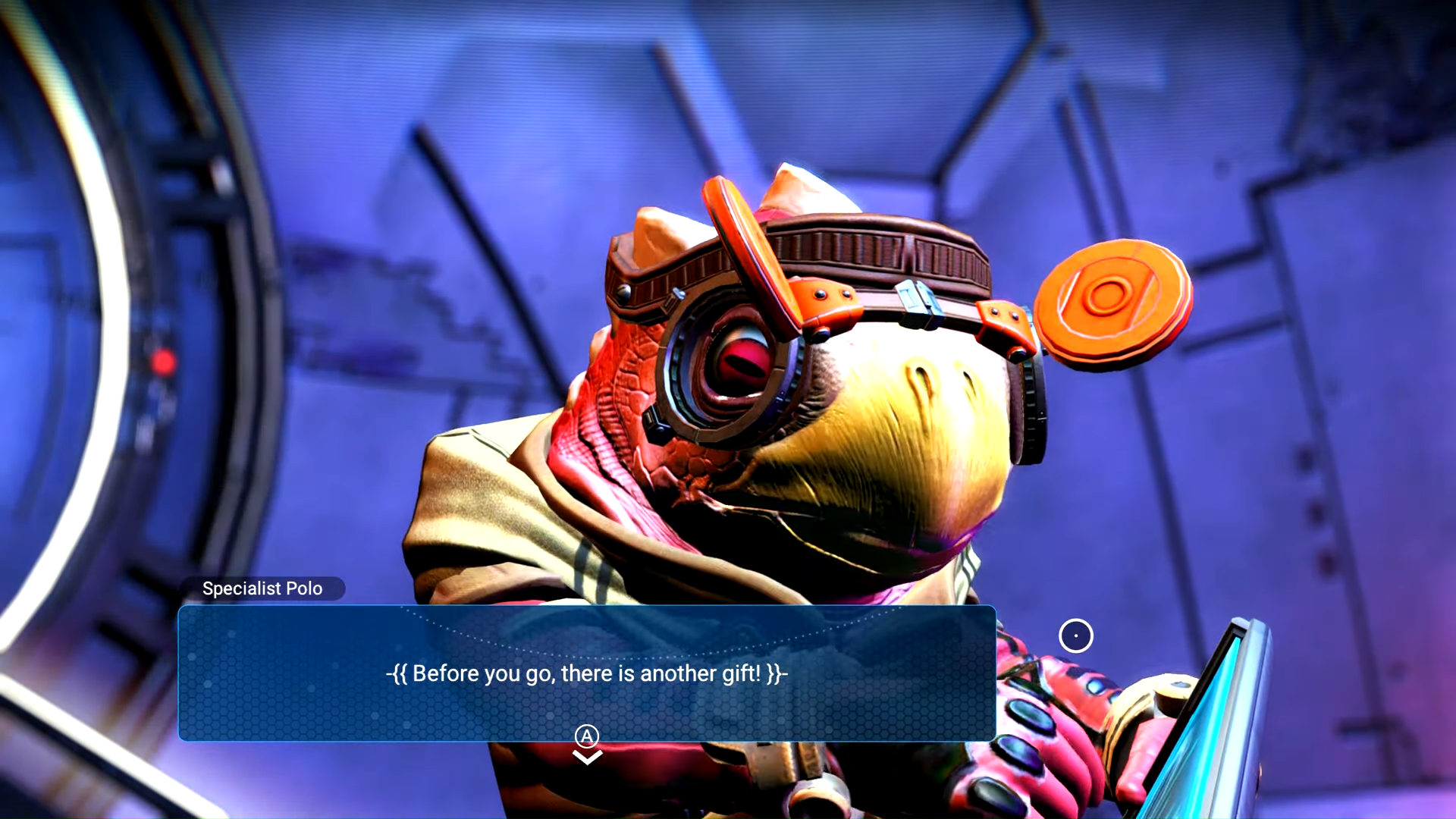 The final version of the Atlas Pass is found using the same method as the V2 pass, grinding out Manufacturing Facility and Operations Center blueprints. However, you can also find them as a reward for turning in milestones to the Space Anomaly. Visit Polo to turn them in and he may give you the pass as a reward.

Next: No Man’s Sky: 13 Crucial Tips For Beginners 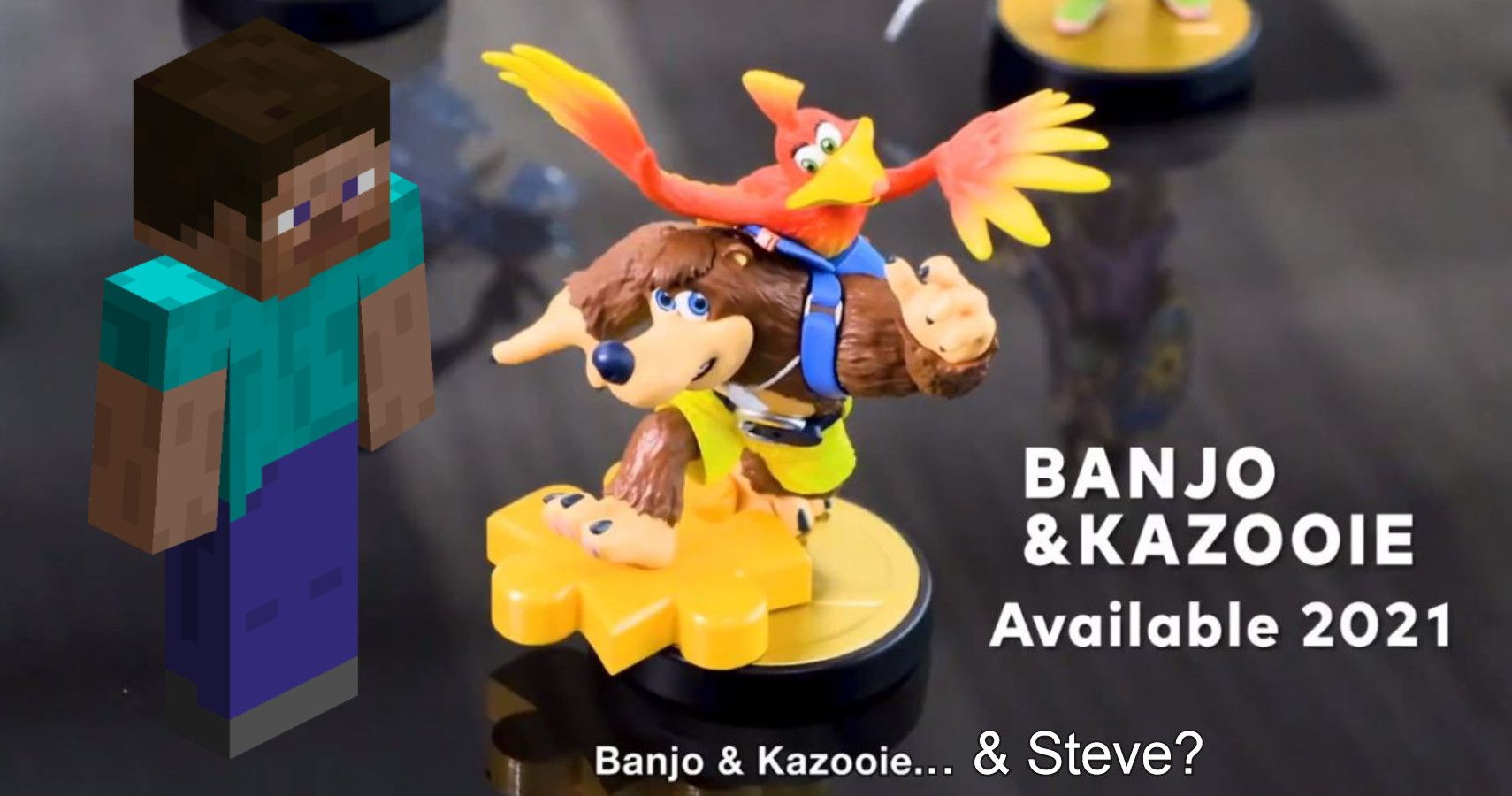