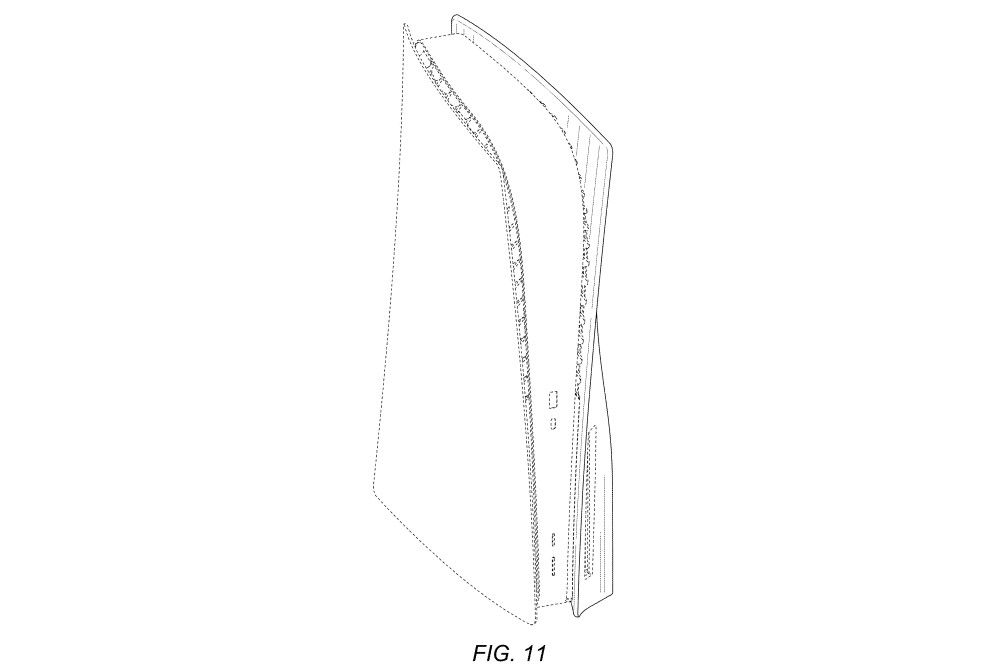 Sony has been granted a patent to make a ‘Cover for Electronic Device’ and it seems likely that official PS5 faceplates will soon follow.

The history of unofficial faceplates for the PlayStation 5 has been a long and peculiarly storied one, involving lawsuits, online abuse, and stock problems to rival the console itself.

It’s all because some people would prefer the PlayStation 5 was a different colour, but at the moment there’s no official alternative to the standard black core with white faceplates on either side.

Most of the unofficial replacement faceplates have been black, to create an all-black effect similar to previous PlayStation consoles, but Sony doesn’t like it and keeps suing companies that make them. Although that may be because it intends to make its own.

A patent for what seems to be faceplates was filed by Sony this time last year but only granted last week, as discovered by website Op Attack.

The patent is ambiguously described as ‘Cover for Electronic Device’ and it’s not actually clear whether it’s describing a faceplate that will completely replace the existing ones or a skin that is simply stuck onto them.

It’s likely Sony intends to sell both options, although the patent only being granted now probably means it’s too late for them to release anything this year.

The usual caveat with patents is that they’re no guarantee that the product described will ever be made, and indeed for the majority of video game related cases they never are.

Considering the obvious demand though, and the fact that Sony keeps suing any third party company that tries to fill the gap in the market, it seems very likely that there will now be official PlayStation 5 faceplates and skins sooner rather than later.