As an unironic Kingdom Hearts enjoyer, I’m pretty used to defending some of its more unsavoury elements. Atlantica in Kingdom Hearts 2? Not that bad if you don’t take it seriously. Dream Eaters? They’re fun for one side game, come on. Attraction Flow? A godsend if you’re playing on Critical Mode. Re:coded? I might need a minute.

Ask any Kingdom Hearts fan and we’ll all say the same thing – Re:Coded is the lowest point of the entire series, bar the gacha crap of Union X and Dark Road. It’s overlong, makes little to no impact on the overall story aside from one detail at the end, retreads the same paths we’ve already walked down a million times before, and doesn’t even star Sora, instead giving us a data recreation of him.

If you skip one Kingdom Hearts game this is the one, which is exactly what I tell people going through the series for the first time. It’s a real shame that 90 percent of Re:coded is so skippable though, as one late-game scene is not only the highlight of the whole game, but one of my all-time favourites in the entire timeline.

Towards the end of the game, Data-Sora sacrifices his memory to help restore Jiminy’s Journal, leaving the character who considers his friends and memories to be his power a blank slate. Mickey takes him to Castle Oblivion, the setting of Chain of Memories, where Data-Sora meets Data-Roxas, who makes him revisit the worlds using the cards from Chain of Memories to test him and see if he can handle the pain of losing everything that matters to him.

As Sora goes deeper into Castle Oblivion and into memories that are sort of his own but might as well not be, Roxas continues to taunt him and suggest that he fights whoever he sees because they’re just strangers. Sora fights against this, showing how pure-hearted he is even without the knowledge of the Keyblade and the friendships he once held so dear. Even if this isn’t the “real” Sora, it’s a great character moment that pushes one of Sora’s greatest strengths to the forefront: his sense of right and wrong.

Although the lack of memory gets to Data-Sora the further on he goes, he runs into remnants of Donald and Goofy, which set him on the right path and leads to one of the most profound moments in the series. As Sora uses the last card and comes face-to-face with Roxas again, his Nobody warns him that the hurt he’s feeling from forgetting everybody will drag him down into the darkness if he lets it, encouraging him to let go and not feel at all. 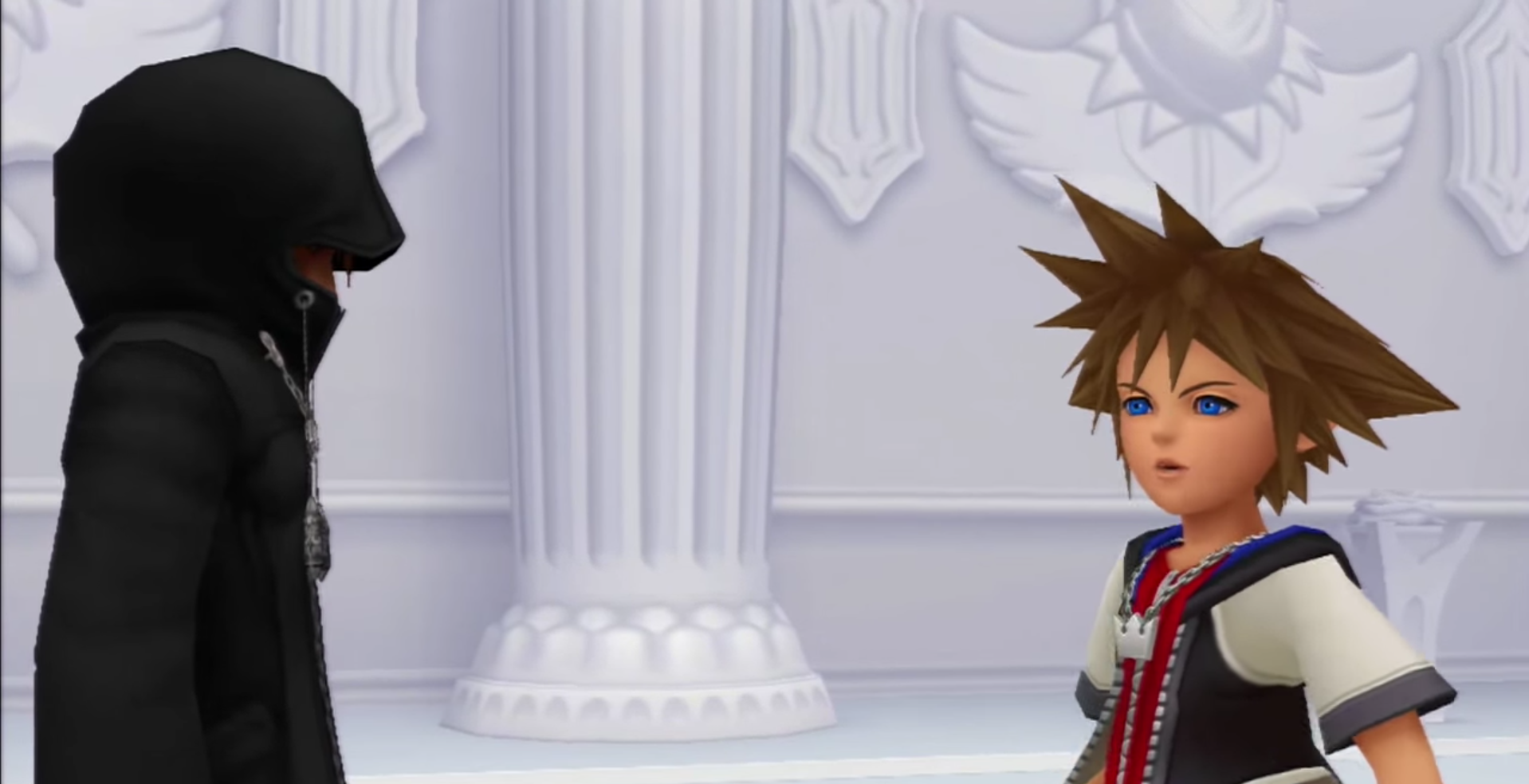 Sora tells Roxas that even though it hurts to forget people, the fact that it hurts so much is a reminder that what happened is important and that’s enough for him to hold onto hurt until he remembers the people closest to him. He decides that he’ll shoulder the burden of remembering the pain because forgetting it would mean forgetting the people and things that he’s experienced along the way.

The obvious comparison here, or at least the one my depressed 19-year-old self made, is of the importance of the people that support you, of giving yourself time when you’re hurting, and holding onto the memories of the pain instead of becoming numb and unfeeling. Sora is willing to keep on hurting until he remembers the people he loves because they mean that much to him, and no matter how much he hurts, he knows he’s hurting because he cares and that enduring that is better than closing himself off and going numb.

This is then followed up with a stunning fight between Sora and Roxas that feels more emotionally charged than their first duel in Kingdom Hearts 2. Although Roxas might be testing Sora here, his shout that it’s time for Sora to “learn what real hurt feels like” is something that Roxas would certainly want to say to his other.

Seeing Sora and Roxas clash both their Keyblades and their morals here is such a fantastic moment, but it’s all held up by Sora’s speech about holding onto the hurt for the sake of his friends. It sounds similar to what he’s said in the series before, but hits so much harder considering his memory reset and the fact he’s up against Roxas.

Re:coded might be the worst part of a Kingdom Hearts playthrough, but this one scene has stuck with me throughout my life. This may be the worst game in the series, but it’s worth powering through just for this moment.