Based on platforming games such as Crash Bandicoot and Spyro The Dragon, our famous ghost-eating yellow ball Pac-Man got his own spin-off platformer series called Pac-Man World, which started on the original PlayStation and had sequels on other platforms. The original is now remade from scratch for our modern generation of consoles, where you have levels to explore, and quite a few things to collect.

Still, once the menacing Toc-Man is defeated, what else can you do in the game? Well, as mentioned before (and as expected from old platformers), collectibles are everywhere, so there are a few things to do after the main baddie is done. 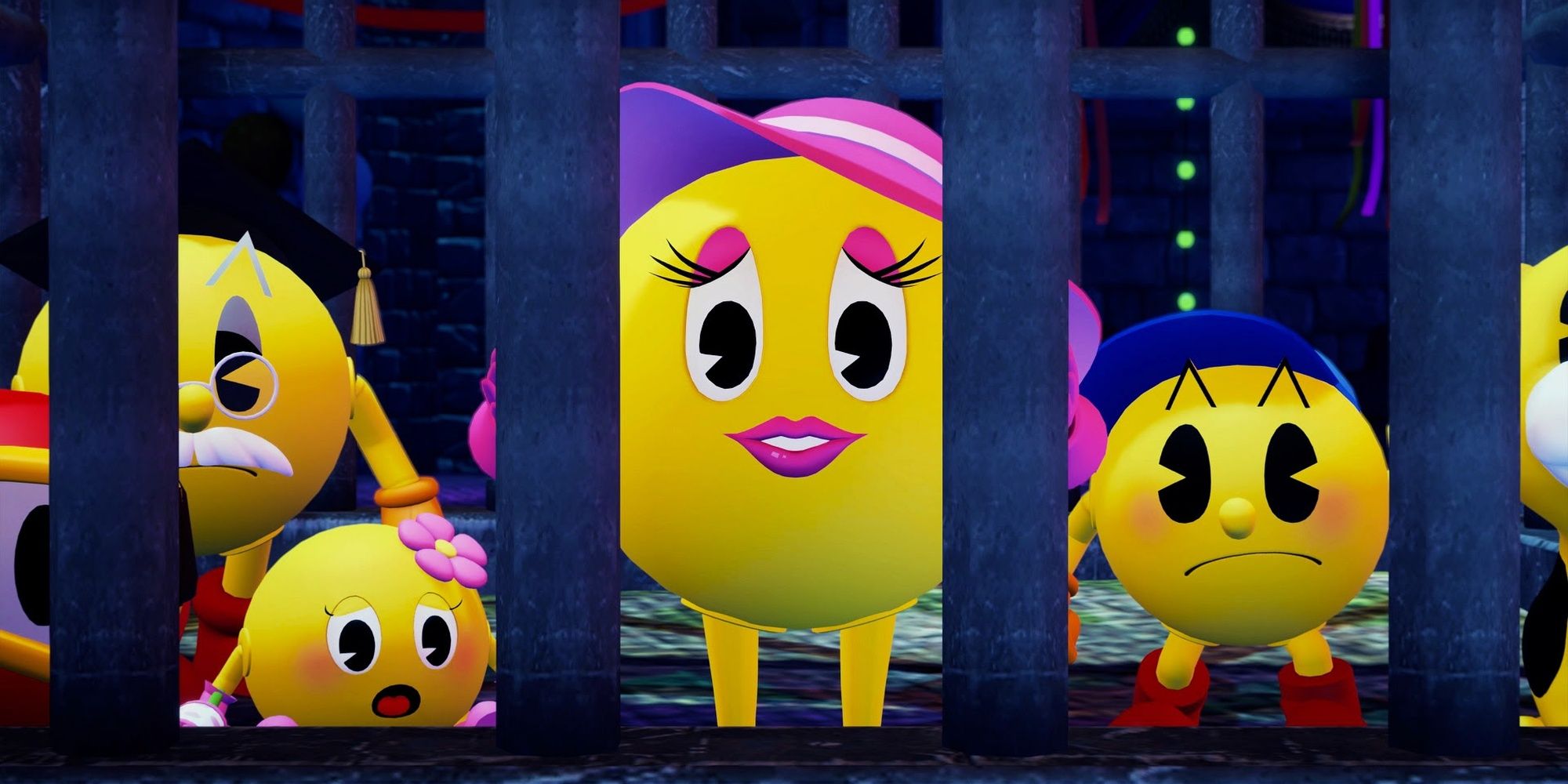 If you have reached the end but haven't saved all your family members… Well, why haven't you? It's literally the goal of the game to do so. And it's a big thing, you know, being your family and all. It's rather odd that this is a side objective instead of the main one, especially considering the plot and the fact this was obligatory in the original.

Regardless, you don't technically need to save them throughout the journey but, as stated, it is your goal, after all. Your call to action, literally. Besides, doing that will unlock the game's true ending since the remake has two endings. They're not that different from one another to be fair, but it's nice to get something out of our effort.

5 Get All The Pac-Man Letters 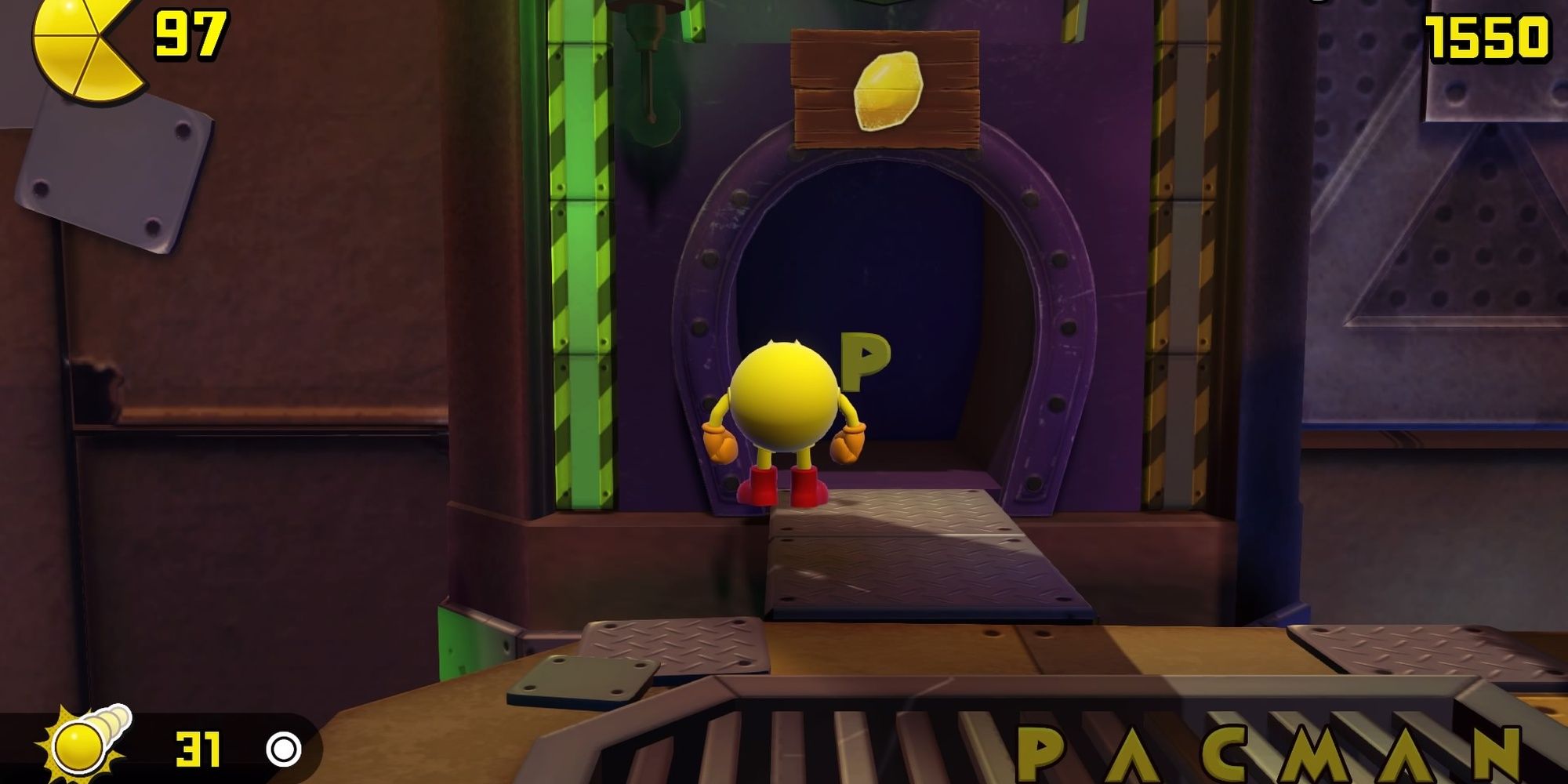 On each level (boss levels not included) you can find a series of letters that conveniently spell out Pac-Man. Most of them aren't particularly well-hidden, though there are exceptions, so if you're on the lookout for every level, you may get most or all of them in a single run. Still, some might go unnoticed, and collecting them all is part of the challenge.

Getting them will grant you a sweet trophy for your collection. Aside from a few particular trophies (we'll get there), this game could grant you an easy platinum, so you can improve your overall collection. Sadly, these letters won't get you much more in-game. 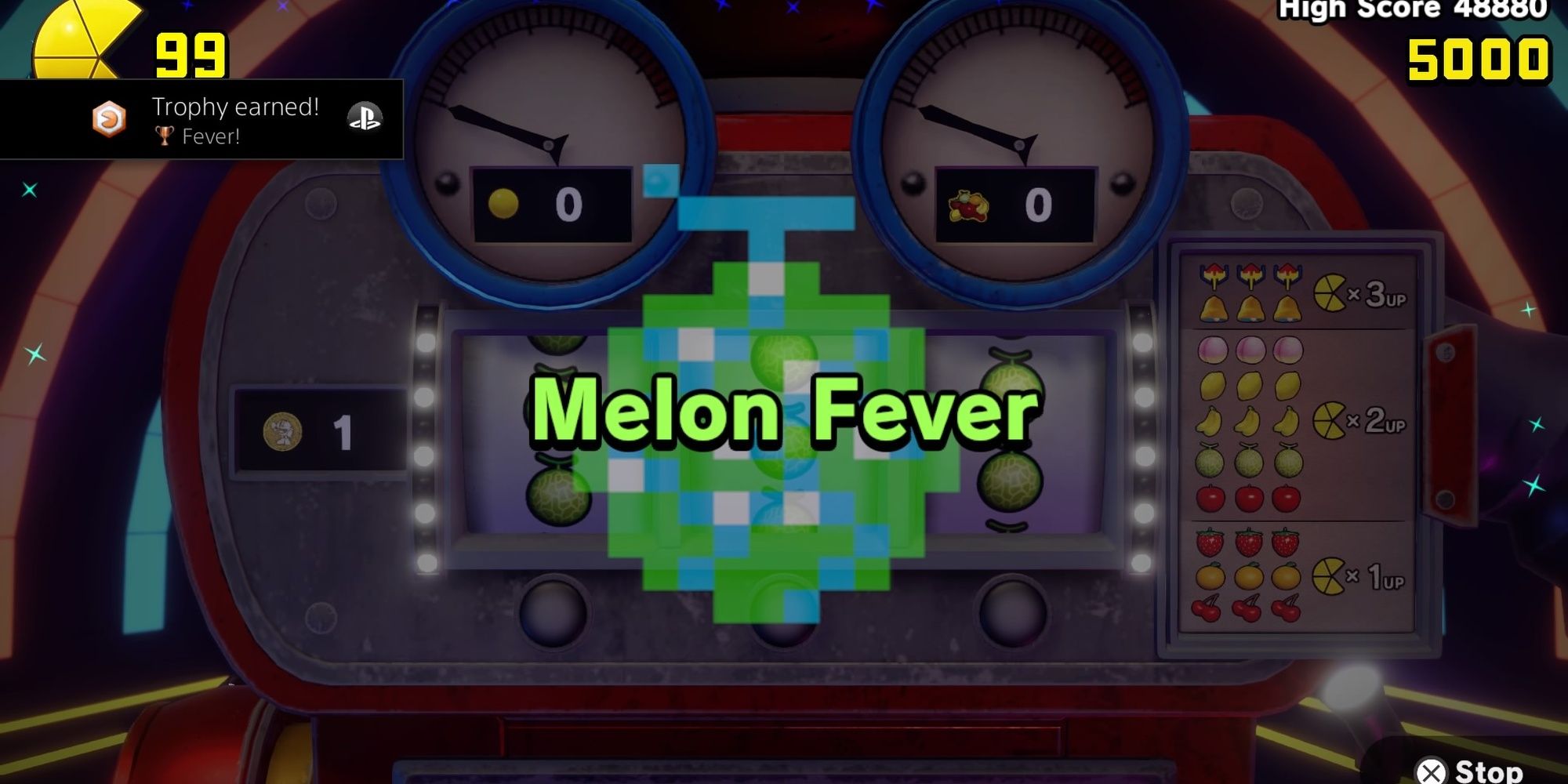 During the levels, you'll find coins that can later be used in a slot machine featured at the end of every level. The machine counts the pellets and fruits you've collected, and it allows you to get a few more lives in case you do the correct combinations in the machine.

With that said, there are a few things you can do here that could get you trophies/achievements, so they are necessary in case you want to get 100 percent. That involves ending a level with even scores or getting the particularly hard Galaxian symbol match in the slot machine, which can take a lot of attempts and requires patience. 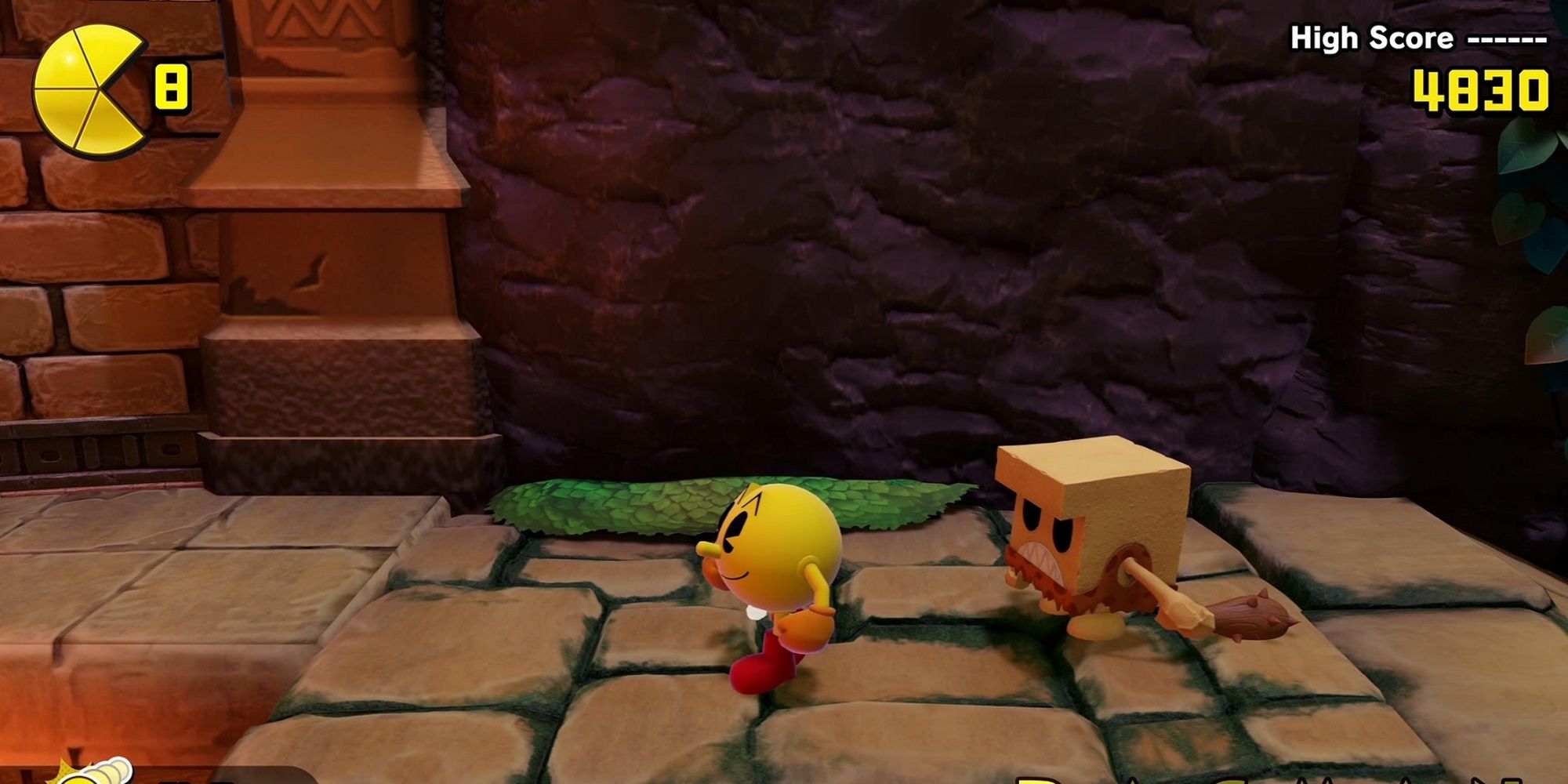 Time to unleash your inner beast. From the many trophies/achievements you can get, there are a lot of those related to defeating enemies in a certain manner. Thus, it is time to go hunting just about anyone that can kill you and show them Pac-Man doesn't die easily (not in this game at least).

From butt bouncing to pellet throwing and running towards them, you get individual trophies/achievements by killing a number of enemies using each of your attacks. It's quite straightforward, and you'll likely get at least one of those based on the attack you enjoy using the best. Go berserk and let the enemies hear the death tune this time around.

2 Do The Bonus Mazes 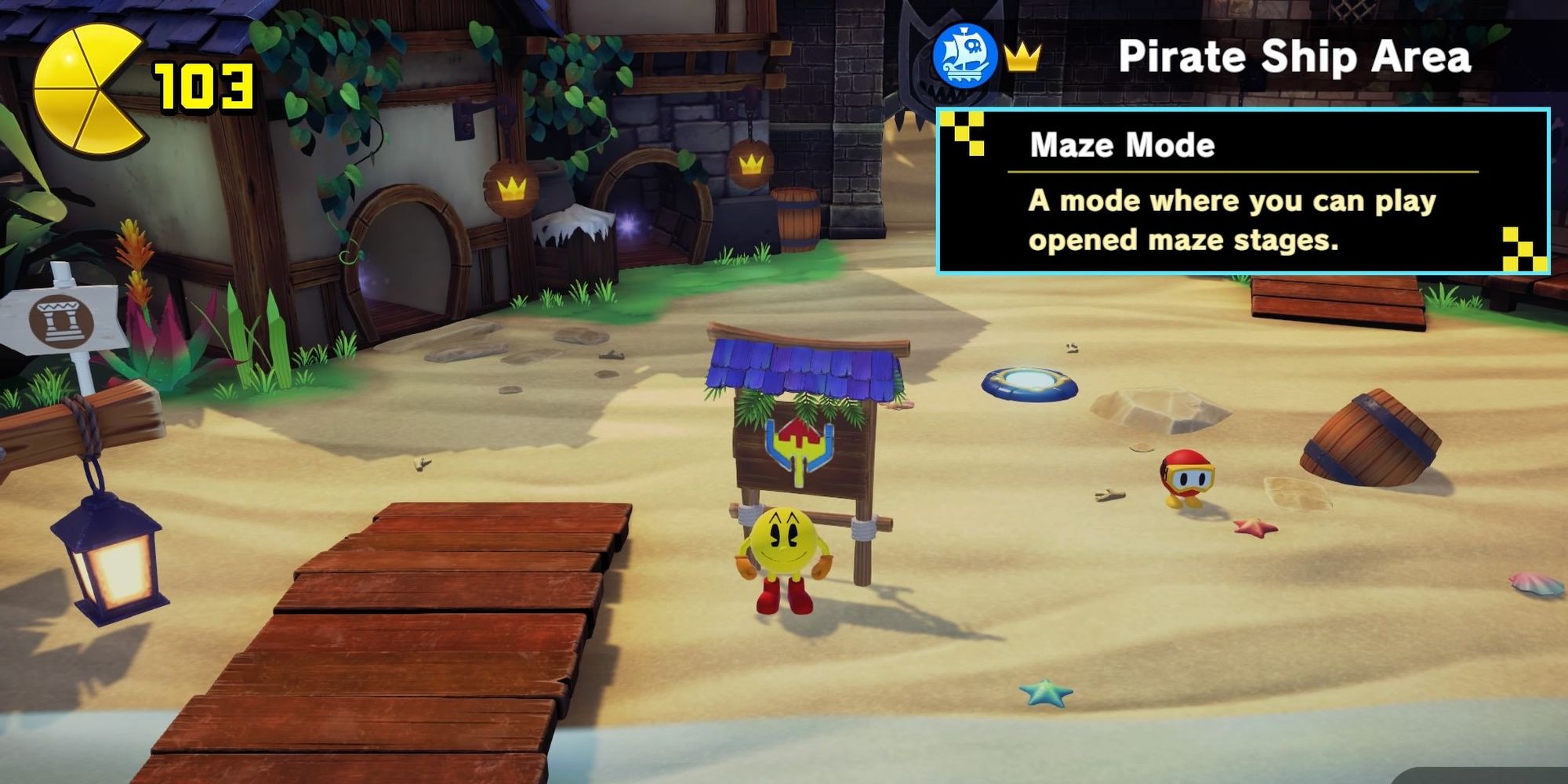 If you think this game is missing original Pac-Man gameplay, then you're going to have a good time with the bonus mazes. They're a series of mini-games that are essentially the original Pac-Man experience, but with the art style of this game. There are also obstacles from the main levels here as well, just to make your life a bit more difficult.

You can find them throughout the level, and you can access them in the first area, near the sign with the Galaxian symbol on it. They're not as difficult as the actual Pac-Man, but they offer interesting mazes with hazards variety, and it does help to change the pace a bit and enjoy a different style of gameplay within this game. And, speaking of mazes… 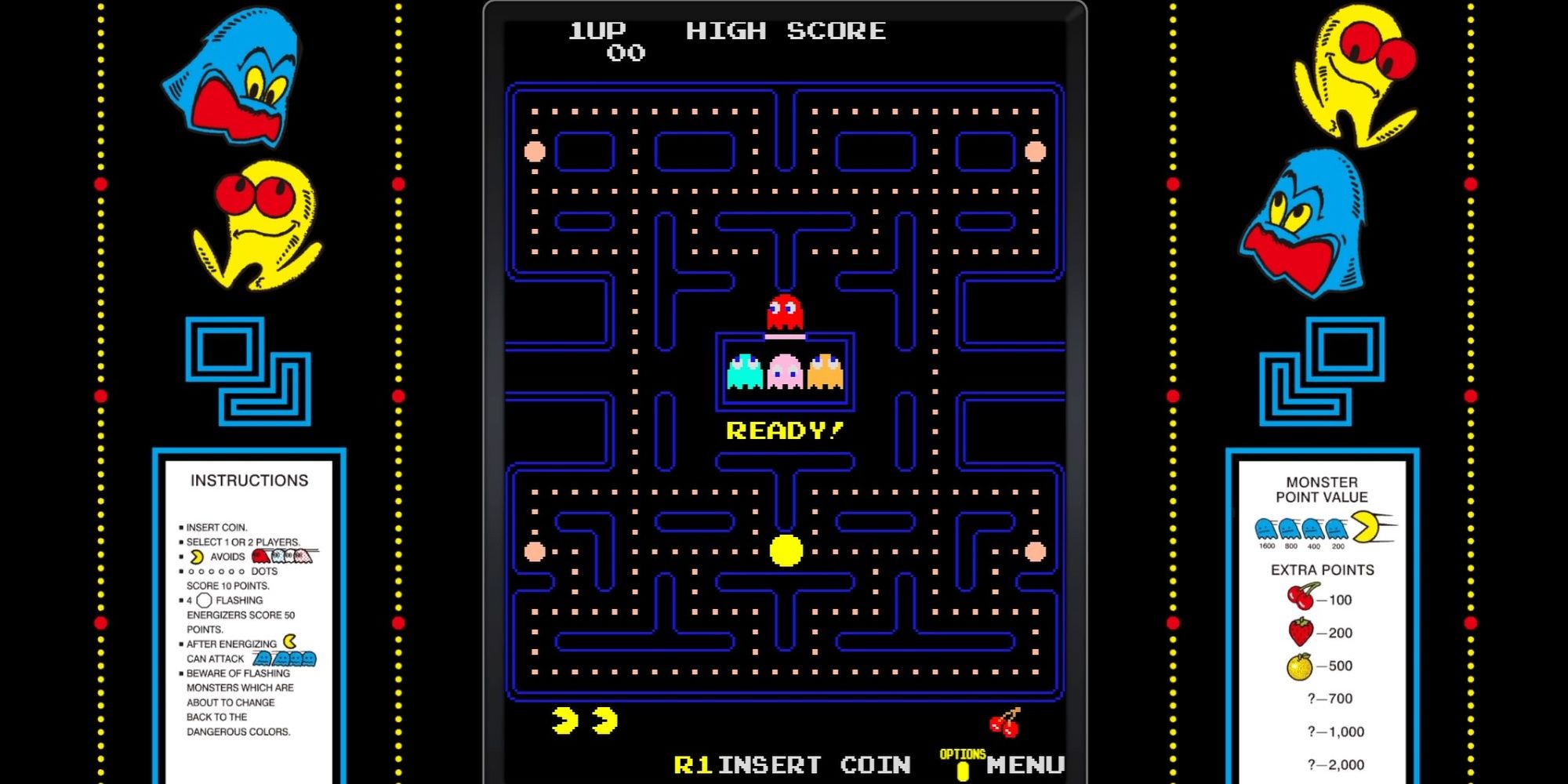 Beating this game unlocks an arcade machine at the very beginning and, in it, you can fully access the Pac-Man game that started it all, and is still one of the best in the series. You also get a trophy for accessing it and another for beating all nine levels. This is also the reason getting all the trophies/achievements in this game can be a bit of a challenge. The original Pac-Man is a lot harder than Pac-Man World Re-Pac.

Compared to the bonus mazes mentioned previously, the ghosts here are faster and better at surrounding you, which makes the whole ordeal a lot harder. Not to mention that there are more pellets overall to collect, making it more troublesome. The only way to get another life throughout all nine levels is to reach 10,000 points on the high score, which means you have very little room to fail. Still, this is the full experience from games of old, so you can take in the nostalgia of playing the very first Pac-Man once more.