Just a few days ago, we were introduced to Paramo, PUBG’s first “dynamic map” that would somehow change either during or after each game. The teaser trailer made it clear that those changes would be significant, where one iteration of Paramo looks like a volcano-blasted landscape whereas another version would look like a tropical paradise at the foot of an active volcano. Terrain, villages, and major landmarks all changed in the trailer, but PUBG Corp never let it drop just how those changes would work.

Now, thanks to Update 9.1 arriving on the PUBG test servers, we have a pretty good idea of what Paramo is all about.

We’ll start with a general overview. Paramo is a highland area in South America next to a very active volcano. It’s 3x3km, up to 64 players, TPP Squads only, and there are no red zones. The Blue Zone shrinks slower than other maps, but it also deals more damage compared to other maps and even in the early stages of the match.

The only vehicles you can use to get around Paramo are motorcycles. That’s because the whole place is only accessible via helicopter, which means you’ll also be dropping out of a helicopter whenever a match on Paramo begins.

Here’s where we get to the dynamic part. Paramo changes between each and every match, with “major landmarks and parts of terrain relocated in every new session.” This also includes textures, lighting, and foliage too, depending on whether the volcano has erupted recently or not.

Speaking of volcanoes, Paramo has lava. Step in the lava and you’ll take 10 damage per second until you’re just a human torch burning on a lava flow. And don’t think for a second those motorcycles will save you because they won’t. You’ll just melt a bit of rubber before the motorcycle explodes and takes you with it.

Some new features on Paramo include new item boxes that are marked “fragile” which contain ammo, throwables, and healing items. The chopper that drops you onto Paramo will also return with airdrops, but you’ll need to shoot the chopper down in order for those drops to land inside the circle. 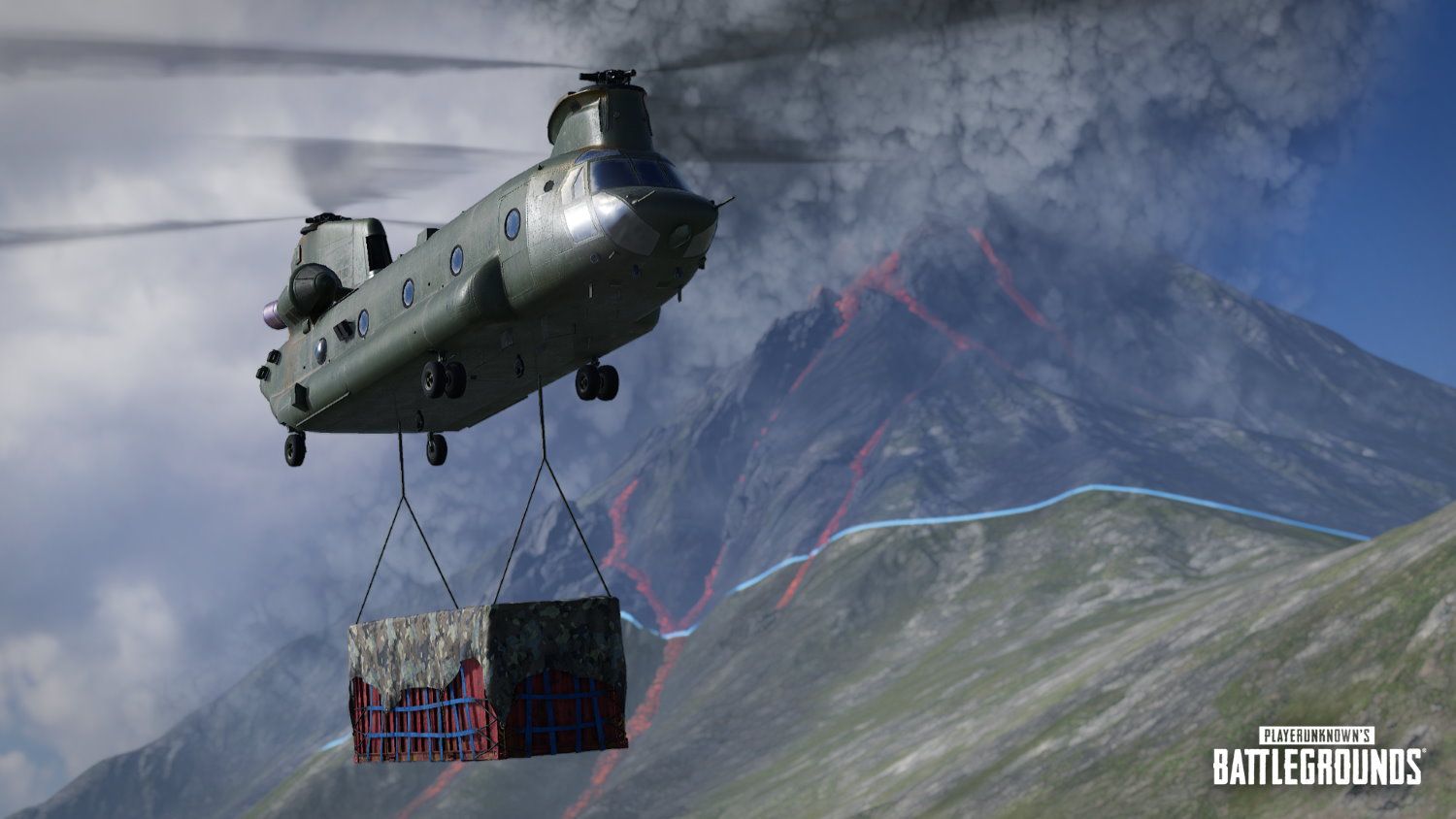 Those airdrops can include the new Critical Response kit, which can revive your downed opponents in one second, as well as the new Ghillie suit and camo backpack.

There’s also some ranked updated and weapon balance changes, which you can read about in the full patch notes here. Paramo is on the PUBG test server for now but will arrive on PC on October 21 and on console on October 29.