Transparent Collective released a report today that spelled out the disadvantages that minority entrepreneurs face and suggestions for solutions.

On average, people of color (POC) in a survey raised 48% less money than white male founders. With larger series A rounds in white male hands, it is understandable that there are some outliers with higher revenues on average, the report said. However, considering the smaller population of POC who have been funded, and the revenue performance between $250,000 to $10 million, there is strong evidence to suggest that given the same amount of capital, POC are likely to match the performance of, or even outperform, the standard funding amount that are founders receiving today.

The research also shows that statistically, women and POC who can raise at least a pre-seed round of funding are just as likely to perform well as their white male counterparts.

Founders who receive the least venture capital on the open market, when given working capital, are equally likely to deliver returns. In our study, women founders in particular, who receive 32% less funding on average than men, can still perform despite this hurdle.

The report was made possible through a grant from P&G Ventures, the venture arm of Procter & Gamble. Transparent Collective is a non-profit focused on growing the number of minority founders raising early-stage funding.

The report is dubbed R.O.I.: Reimagining Opportunity in Investing — A look at the Inequitable Systems that Limit Opportunity and Innovation. It addresses the systemic factors that stand in the way of underserved entrepreneurs — namely female, Black, and Latinx—getting the funding they need to grow their startup business successfully.

Conducted in partnership with research firm Pilot.ly, draws from more than 500 interviews with founders and investors and intends to not only better understand the unique issues faced by underserved entrepreneurs, but also offer practical advice that may help reduce these barriers.

There has been a longstanding disparity in the access minority founders have to venture capital. In 2021, companies founded solely by women scored just 2% of venture capital funding. Meanwhile, Black founders got just 1.4% of venture funding (Black women received a mere 0.27% of all venture dollars), and U.S.-based Latino founders received 2%, according to Crunchbase. 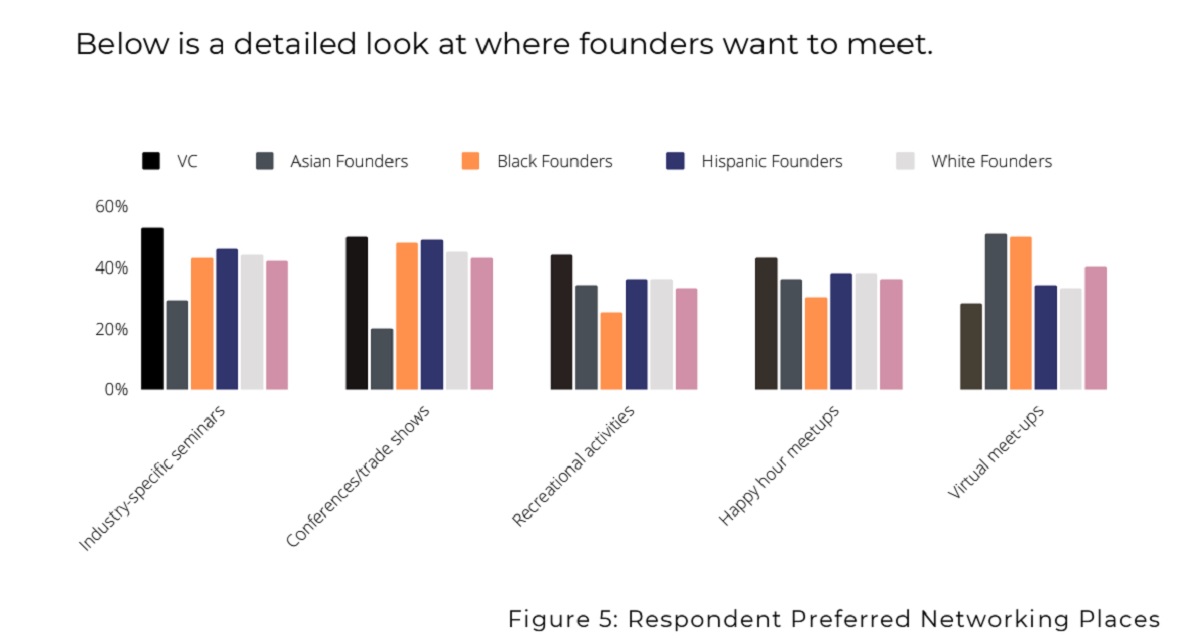 Despite this lack of access, a key finding from the report is that women and entrepreneurs of color who can raise at least a pre-seed round of funding are likely to outperform their white male counterparts.

“It’s no surprise that underrepresented founders are underfunded. This report provides valuable insights into the root of the issues that continue to drive this market inefficiency,” said James Norman, CEO of Pilot.ly and founder of Transparent Collective, in a statement. “In turn, our findings helped us create a set of recommendations that can help investors connect with a broader set of entrepreneurs and opportunity. There is a tremendous amount of untapped returns with underfunded founders; I hope this report helps venture close the capital gap.”

The study revealed that women, and entrepreneurs of color, tend to build companies that prioritize serving the needs of their communities. Community-based businesses tend to be viewed as less likely to be able to scale and, therefore, provide the returns traditionally sought after by investors. The challenge for minority founders is how to articulate the advantages gained by investing in this type of business.

Among other findings, networking and equitable networking spaces emerged as a key challenge for underfunded entrepreneurs. Black and Latinx founders generally lack the same level of access to start-up funding from the network of friends and family that traditionally help get new entrepreneurs off the ground. Instead, minority founders rely on crowdfunding, which is generally insufficient and inefficient in its ability to raise significant capital.

Women and entrepreneurs of color prefer to meet with funders virtually or at industry trade shows. Still, many funders continue to connect at happy hours and while participating in high-barrier leisure activities at traditionally exclusive establishments, including golf and tennis clubs. This spatial disconnect means many minority entrepreneurs and funders just aren’t finding each other. 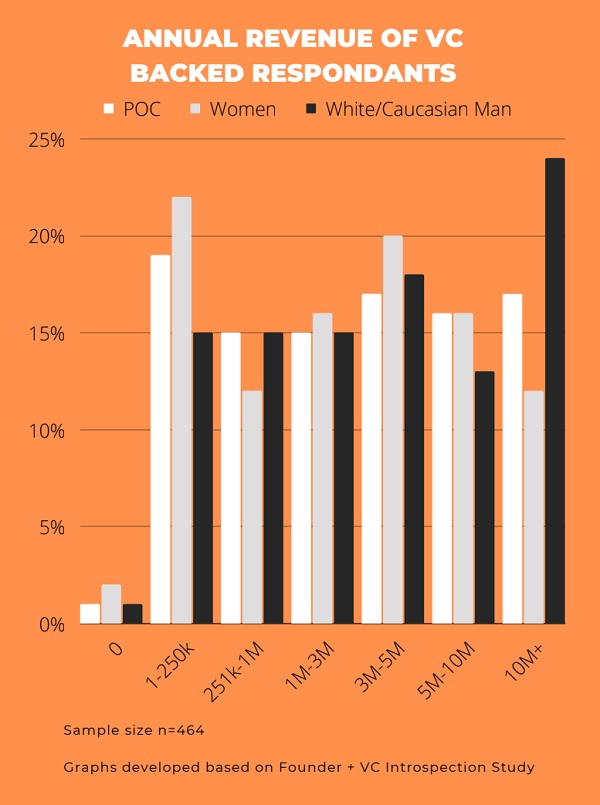 The report said minority founders should consider reframing the conversation on the profitability and scalability of the business, rather than focusing solely on the outcome and potential impact on the community.  Balancing the personal passion points with the opportunities for growth will help investors see the financial gain possibilities.

Minority founders should also leverage the power of personal accountability and community commitment. Founders who build businesses that impact more than just the bottom-line present less of a flight risk for investors.

Additionally, they should hire diverse investors who can understand and communicate the motivations and potential impact of minority-founded businesses.

VentureBeat’s mission is to be a digital town square for technical decision-makers to gain knowledge about transformative enterprise technology and transact. Learn more about membership.