One of the most exciting new games revealed at last month’s Gamescom Opening Night Live show was Phantom Hellcat, a stylish hack-and-slash that mixes 2D exploration with 3D, Bayonetta-like combat. The newly-formed studio behind the game, Ironbird Creations, visited Seattle last weekend during PAX West to talk about the inspirations behind the game, including Nier: Automata, and reveal some details about the game’s dark, theatrical setting.

The setup of Phantom Hellcat is fairly straightforward: the game takes place in a prison for demons that, for mysterious reasons, has just been compromised. The demons abduct the prison’s overseer and it’s up to her daughter, Jolene, to wield her mother’s hacky slashy powers, a variety of weapons, and a series of magical masks to free her mother from this strange demon dimension.

There’s a few elements of Phantom Hellcat that make it unique within the hack-and-slash genre. The traversal and exploration half of the game is a 2D side-scroller with metroidvania elements. As Jolene unlocks new abilities, like the masks that give her different powers, she’ll have more exploration options. Combat takes place in 3D arenas where the perspective shifts to third-person. There Jolene can unleash flurries of flash combos on her enemies, her sword spitting purple sparks in every direction. Weapon swapping can happen on the fly to weave combos together, similar to Devil May Cry 5, though Ironbird Creations wasn’t ready to reveal her other weapons just yet.

The world Jolene explores is a supernatural theater, and she is cast as the hero in an epic play. Each level will be themed after a different classic story. The first one, which you can see bits and pieces of in the trailer, is based on Dracula. While we haven’t yet seen what other stories are referenced, I’m told they will be instantly recognizable when you see them.

There’s a dynamic quality to the art direction. You can see all the ropes and wooden supports that hold the stage together, and as you progress through each world you’ll see pieces of the stage erect themselves around you. It’s almost like grimdark Yoshi’s Story or even Super Mario Bros. 3.

Phantom Hellcat’s other influences are more obvious. Studio head Alex Godlewska says that she loves Bayonetta, but doesn’t enjoy how sexualized the protagonist is. Jolene on the other hand is not overly-sexualized, which Godlewska says is what she likes so much about her. She also describes Jolene as a zero-to-hero protagonist that doesn’t know anything about fighting or magic but has to learn quickly in order to save her mother and stuff the evil forces that stole her. 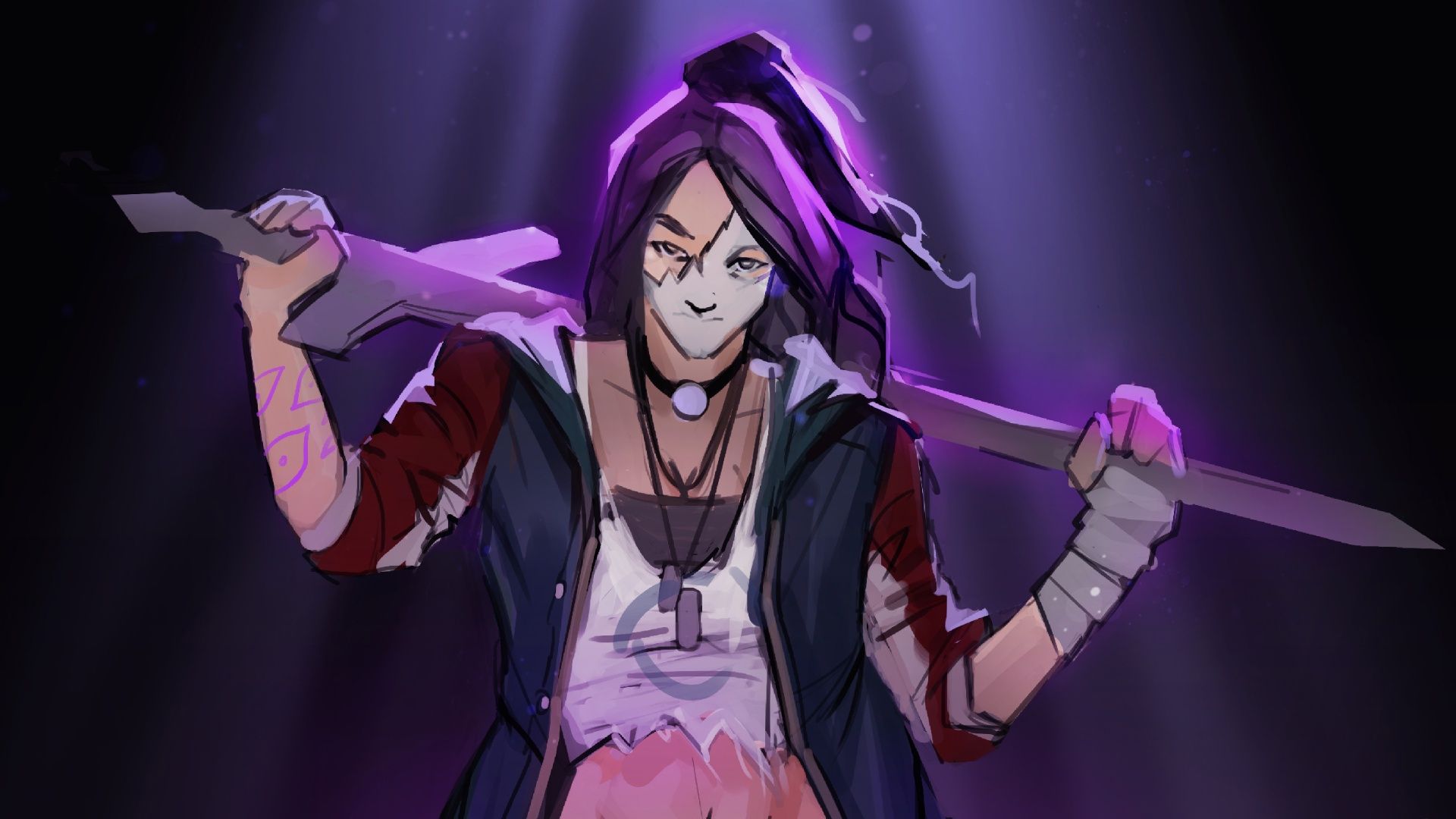 I wasn’t able to go hands-on with Phantom Hellcat, but the footage and gameplay I saw was certainly attention grabbing. The skill trees, upgradeable masks, and hidden collectibles in each level make it sound like as much of a hack-and-slash as it is a metroidvania, which is a combination of genres we haven’t seen before. With the studio being less than a year old and no release date announced, it’s likely we’ll have a significant wait before we see more Phantom Hellcat. For now, you can check out the extended trailer, wishlist on Steam, and check out the official Discord server to join the community and stay updated as new info becomes available.