This takes the San Francisco-based startup’s total funding to $127 million, at a valuation of $510 million.

Founded in 2014, Plume is one of a number of companies seeking to improve Wi-Fi connectivity by strategically placing multiple routers throughout a home. Plume continuously learns and adapts to each household — monitoring internet usage and allocating bandwidth based on the devices that need it most. Other notable players in the Wi-Fi mesh network space include Eero, which Amazon bought last year, Google’s Nest, Netgear’s Orbi, and even new Plume investor Belkin. 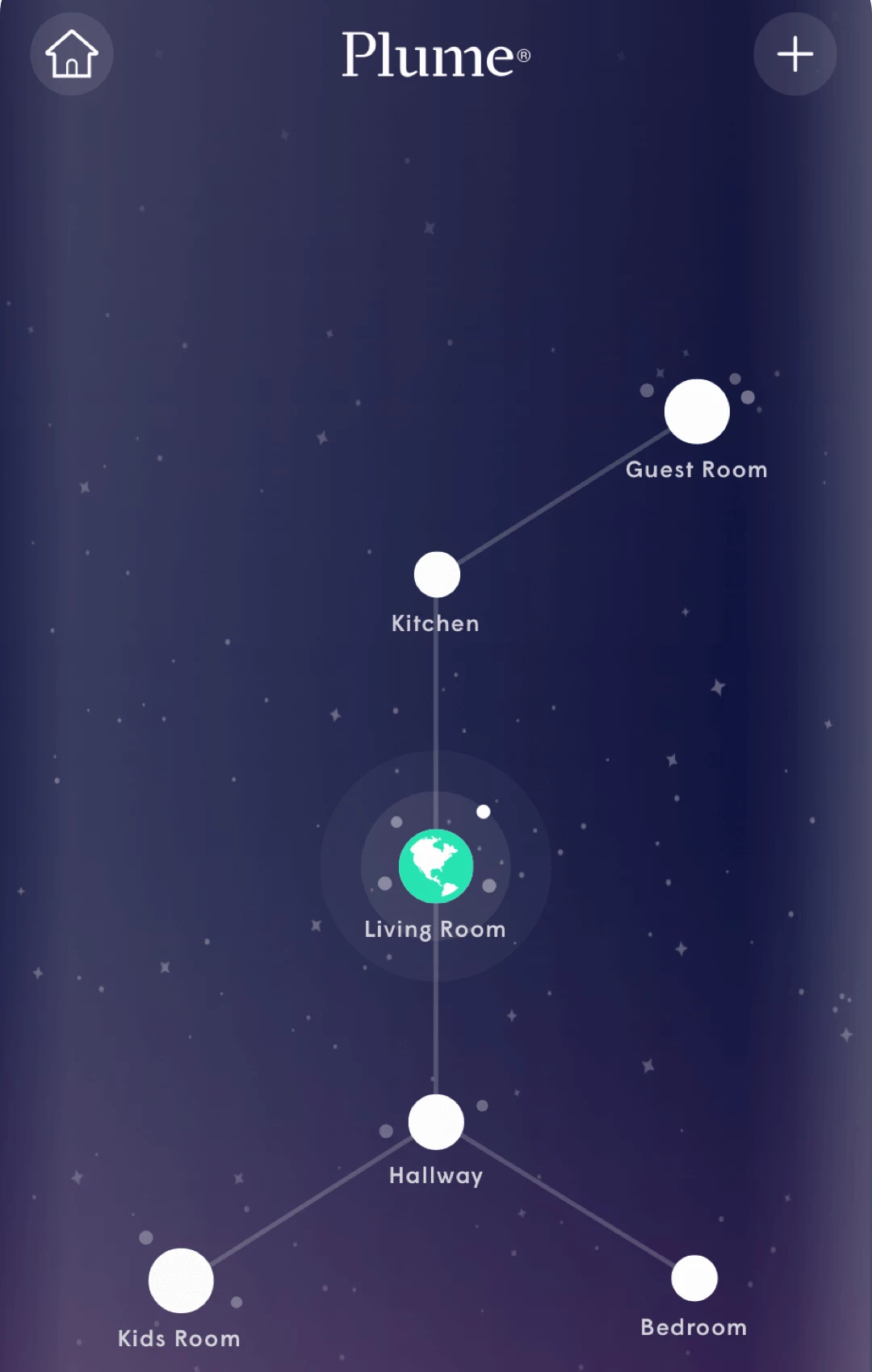 Above: Managing home Wi-Fi through the Plume mobile app

The increase in connected devices in the home — from fridges and smart speakers to TVs and light bulbs — has created more potential for internet blackspots, something mesh network companies are eager to fix.

Charter Communications, which trades under the Spectrum name, is one of the largest cable TV and internet companies in the U.S. and recently announced that it was adopting Plume’s open source OpenSync framework. The framework, which launched back in 2018 in partnership with existing customer Samsung, is available for any company developing its own services — such as Wi-Fi mesh networks, parental control systems, or any new product that requires managed Wi-Fi. Today, Plume claims more than “650 million devices communicating with 16 million OpenSync switches across 14 million households,” according to a statement.

By way of example, Charter launched a new “advanced in-home Wi-Fi” service last year, giving its customers greater control and visibility into their home broadband. This includes mobile apps that show all devices connected to the network and may also allow homeowners to set up guest Wi-Fi accounts (e.g. for an Airbnb guest) or cut access to a single device (e.g. a child’s smartphone).

As a result of this new round, Andrew Ip, senior VP for emerging technology and innovation at Charter Communications, has joined Plume’s board of directors.

“Our partnership with Plume has been critical to the success of Charter’s advanced in-home Wi-Fi rollout and has enabled Charter to accelerate innovation and more rapidly deliver new features to our Spectrum Internet and Wi-Fi customers — from the ability to optimize their home networks to greater control over their devices,” said Ip.

Besides Charter, Plume’s cloud-based service has been adopted by more than 30 communications service providers, including Comcast and Armstrong in the U.S., as well as major telecom companies in Canada, Europe, and Asia. Earlier this week, the Telecom Infra Project (TIP) — a membership-based working group kickstarted in 2016 by heavy hitters like Facebook, Nokia, and Intel — revealed that it too was adopting the OpenSync framework.

“We believe in the cloud, a massively scalable data-driven platform, a SaaS delivery model, and an open source approach to build[ing] a market-leading, high-growth enterprise efficiently and with operating leverage,” said Plume cofounder and CEO Fahri Diner.