Finding the perfect moveset for a Pokemon can take some dedication and research. Often, a Pokemon’s best move — or at least the perfect one you need to round out a build — is an egg move. But, what exactly are egg moves, and how can you teach them to a Pokemon?

Never fear, because this guide is here to tell you everything you need to know about egg moves, from how they work to how to obtain them. 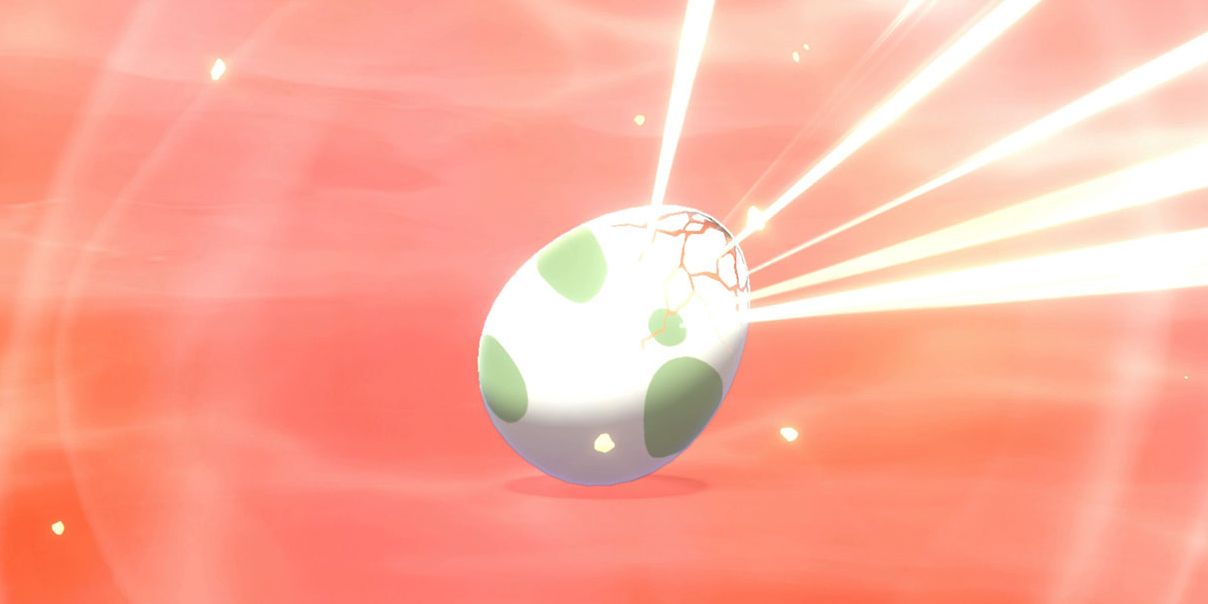 Some Pokemon are only able to learn certain moves by being born with them. They’re passed down from a parent to the Pokemon when that Pokemon is bred at a Nursery or Day Care.

For example, Larvitar is not normally capable of learning Ancient Power by level-up, TM/TR, or move tutor. However, breed a female member of the Larvitar evolutionary family with a male Amaura that knows Ancient Power, and the resulting Larvitar will know Ancient Power.

Note: The female parent passes species down to the egg. So, if you were trying this combo, you’d need to ensure the female parent is a member of the Larvitar evolutionary line, as a female parent being Amaura/Aurorus would result in Amaura as the baby.

There are only a few Pokemon that do not learn any moves via breeding, including anything that cannot be bred from an egg, like Legendaries.

Pokemon are not able to learn Egg Moves from any other method, although there are some rare exceptions.

How Do Egg Moves Work? 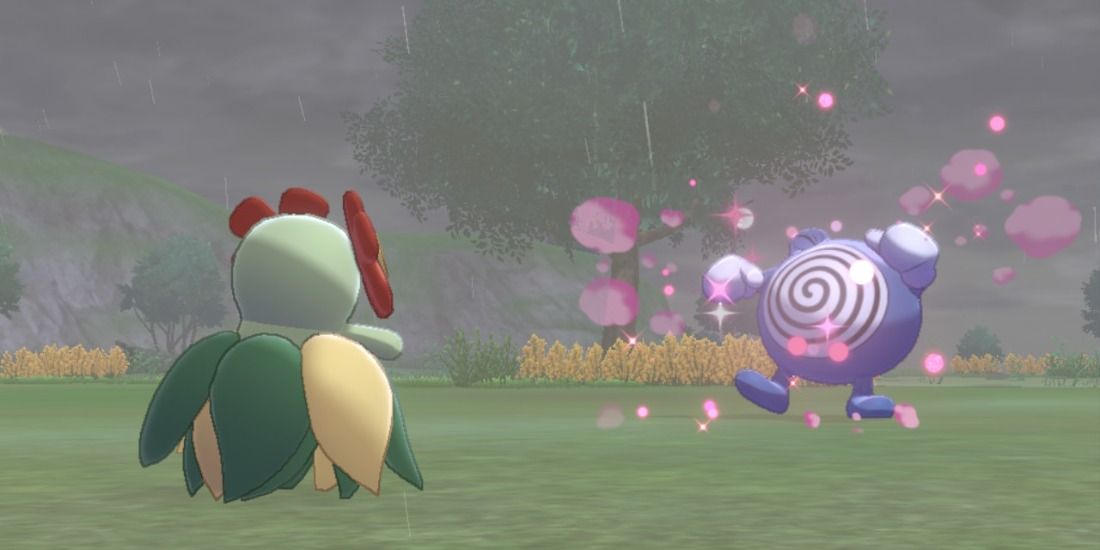 Egg moves work like any other move, they’re simply just another method for teaching a move to a Pokemon. But, there are some things to note.

If you’re playing a game that was released before Generation VI, you should note that egg moves can only be passed down by the father Pokemon. This was changed in Gen VI, and now both parents can pass a move. This made it impossible to obtain some moves together, given the combination of egg groups and which Pokemon could learn which moves.

Some Pokemon that have Baby form pre-evolutions are also incapable of learning pairs of egg moves, under some circumstances. This is because they need to hold an Incense to breed the Baby Pokemon instead of the base-stage.

Something you may be wondering is how many egg moves a Pokemon can have. Technically, it can fill all four of its learned move slots with egg moves, so long as the parents know them. 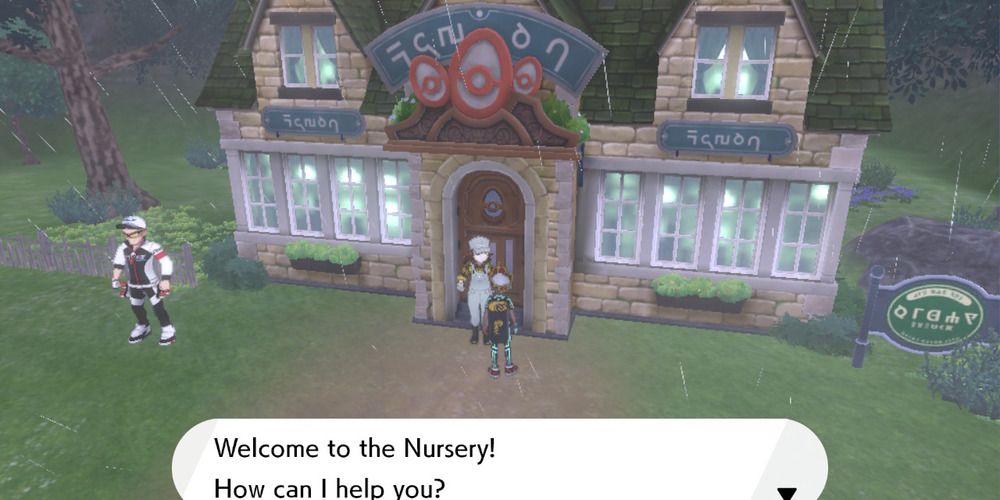 In order to teach egg moves to a Pokemon, you’re going to need to find a Pokemon Nursery or Day Care. Luckily, every region in the main series game has one, and Sword & Shield even have two!

The Nursery in Galar is even more geared toward breeding mechanics, since Pokemon no longer level up when placed in their care, like in previous generations (save for Alola).

The first Nursery you’ll probably come across in Sword & Shield is on Route 5, between Turffield and Hulbury. Inside, there’s also a woman that will give you a Toxel egg.

There is also another Nursery in the Wild Area. This one is located in Bridge Field, somewhat set into the cliff where there’s a bit of a gap. You cannot go inside this one, but it functions the same way as the one on Route 5. Just speak with the Nursery worker standing outside.

It costs 500 Poke Dollars to leave a Pokemon at the Nursery.

How to Get Egg Moves

If you’ve figured out which Pokemon you’d like to have an egg move, what’s next? Each egg move can come from a specific set of parents. For example, if you want an Inteleon that knows Haze, it’ll need to obtain it from Vaporeon, Wooper, or Quagsire as the other parent.

Here’s what you do: Get yourself a female member of the Sobble family (since species is passed down by the female parent). Since Sobble and its evolutionary family are 87.5% male, you’ll probably need to breed a few until you get a female.

Then, find a Vaporeon, Wooper, or Quagsire that knows Haze. We’ll use Vaporeon for this example. Vaporeon learns Haze at level 20, so level it that high, or, if it’s already above that level, bring to the Move Reminder in any Pokemon Center. You’ll also need to make sure the Vaporeon is male, since our Sobble/Drizzile/Inteleon parent will be female.

Place the two together in the Nursery, and then wait. Eventually, the Nursery attendant will have an egg for you to pick up. Place it in your party and run around some more, and after the required number of steps (determined by the species), the egg will hatch, and the baby Sobble should know the move Haze.

Some Pokemon can be obtained with their egg moves without breeding, though, but they’re somewhat rare. Pokemon obtained via mass outbreak in Emerald — specifically Seedot and Nuzleaf — will know the egg move Leech Seed. Hidden Pokemon in Omega Ruby and Alpha Sapphire may know an egg move, as will Pokemon in the Alola games found via Island Scan. 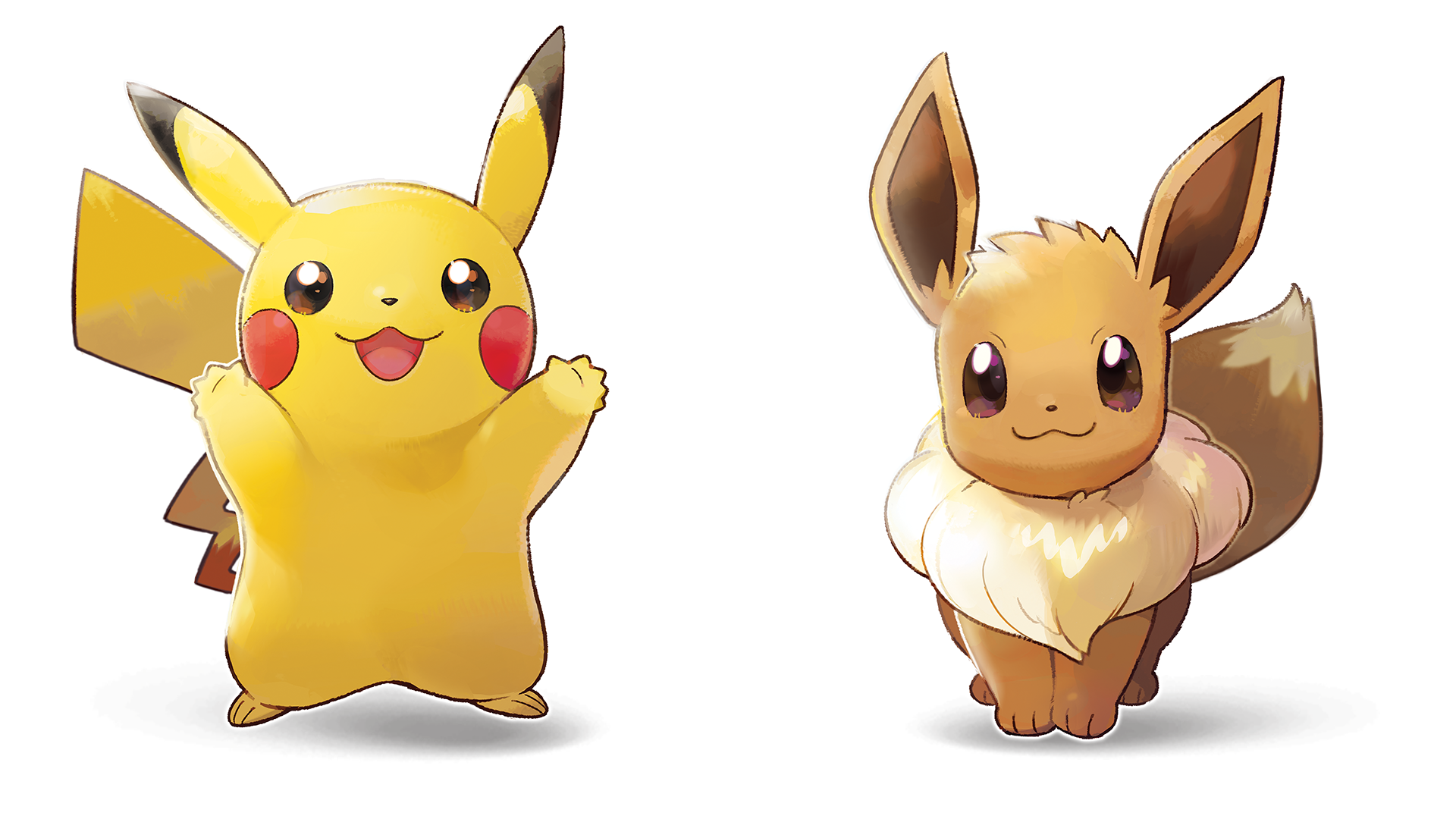 When looking into egg moves, you may find one that a Pokemon can learn, but the parent they’re supposed to learn it from also only learns it from an egg move. This means you’ll have to engage in something called “chain breeding.”

Chain breeding is a process whereby you breed an egg move onto a Pokemon, who then passes it onto another Pokemon as an egg move.

“Why not just breed the final result Pokemon with the original one, then?” you might ask. The problem is that not every Pokemon species can breed with every other species. If something is in one egg group (the groups of Pokemon that can breed together), and the Pokemon you want to have the move isn’t in that group, you’ll need to pass the move through a Pokemon that shares an egg group from each of the two others as a sort of “middleman.”

Here’s an example: If you want a Horsea that knows Clear Smog, you’ll need to breed it with a Shellos or Gastrodon that knows the move. However, Shellos and Gastrodon only learn the move as an egg move. So, what you’ll need to do is breed a female Shellos/Gastrodon with a male Koffing/Weezing that knows Clear Smog. Take the resulting baby Shellos and breed it with a female member of the Horsea family, and the resulting Horsea should know the move.

Horsea and Koffing do not have an egg group in common, so Shellos/Gastrodon must work as a “middleman” to chain the move over to Horsea.

Giving Egg Moves to the Other Parent 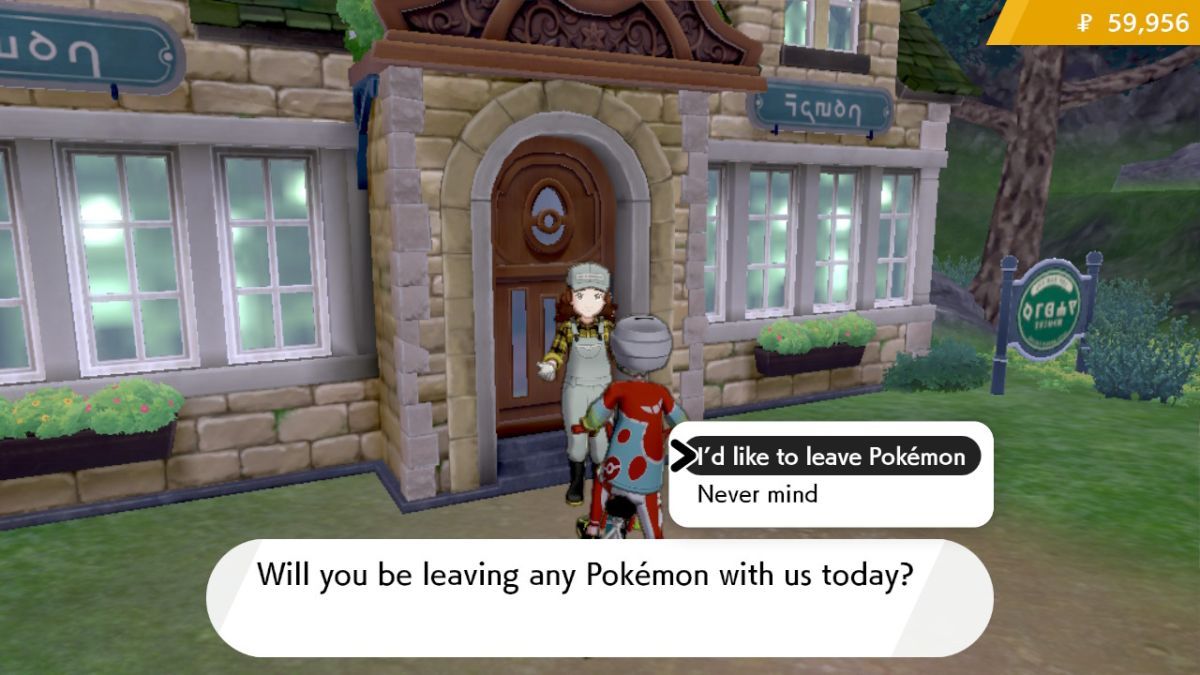 Starting in Generation VIII, there’s a new way to obtain egg moves on a Pokemon. If two Pokemon of the same species are placed in the Nursery, and one of them knows an egg move for that species, it can transfer it to the other Pokemon, so long as the second Pokemon has an open move slot. This can be done even with Pokemon of the same gender.

This can be very useful when trying to build a Pokemon with certain stats, a certain ability, and more.

Let’s say you have a shiny Inteleon that you want to use in the competitive scene, but you want it to know Haze. In our example earlier, we bred an Inteleon with Haze. Delete one of the shiny Inteleon’s moves so that it has an empty slot. Then, simply place the Haze-knowing Inteleon and the shiny Inteleon in the Nursery together, and the move can be transferred.

If the Inteleon that knows Haze knows other egg moves, they are transferred in the order they appear in the Pokemon’s moveset. So, if you just want Haze moved over to the shiny Inteleon, be sure to swap it into a higher spot on the move list.

With the Isle of Armor expansion, you can feed Max Soup to a Pokemon whose species is capable of Gigantamax to unlock that particular ‘mon’s Gigantamax Factor. However, without this method (perhaps you don’t have the Isle of Armor DLC), this is the only way to get egg moves on a G-Max-capable Pokemon, since Pokemon cannot be bred with the Factor.

Deleted an egg move? Don’t worry! Starting in Generation VI, a Move Reminder can teach any forgotten egg moves to a Pokemon.

In Galar, the Move Reminder is named Jack, and he works behind the left-hand counter of every Pokemon Center. Simply bring the Pokemon to him and you’ll see the egg moves that Pokemon once knew in the list of moves he can help the Pokemon remember.

It should be noted that any egg moves transferred from one Pokemon to another and then deleted cannot be remembered. Luckily, you can just use the transfer method again, so long as you have another Pokemon of that species with the egg move (and didn’t lose access to the original transferor). 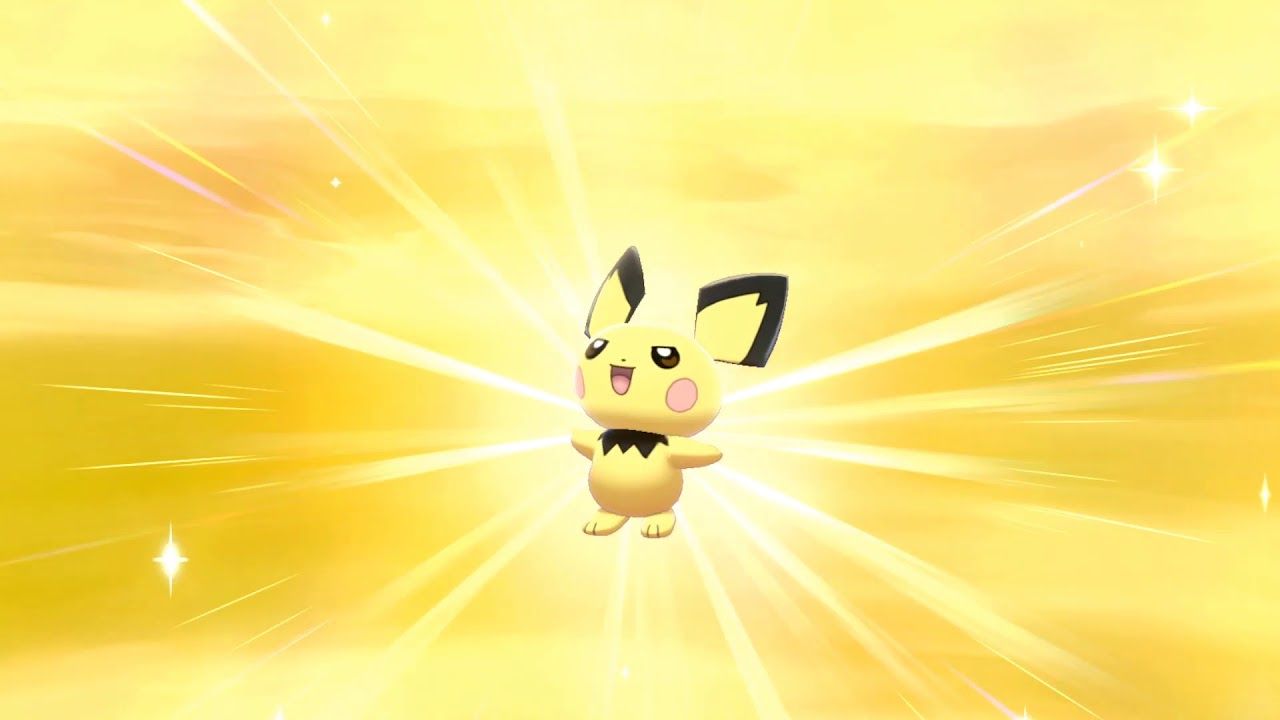 There are some moves that are learned in a similar manner to egg moves, but aren’t technically considered as such.

The most common example of this (probably) is that any moves the parents know from leveling up (not TMs or other methods) that the child can also learn, it’ll know them when hatched.

Before the Generation VI games, male Pokemon would also pass eligible TM/HM moves down to their children, so long as the child Pokemon could learn that move as well. However, this is no longer the case.

Finally, if a Pikachu parent holds a Light Ball, the Pichu that it produces will know Volt Tackle. However, that Pichu (once it evolves into Pikachu and can breed) cannot pass it on without also holding a Light Ball.

NEXT: Pokemon Sword & Shield: Every Pokemon That Can Gigantamax (And How To Make It Happen) 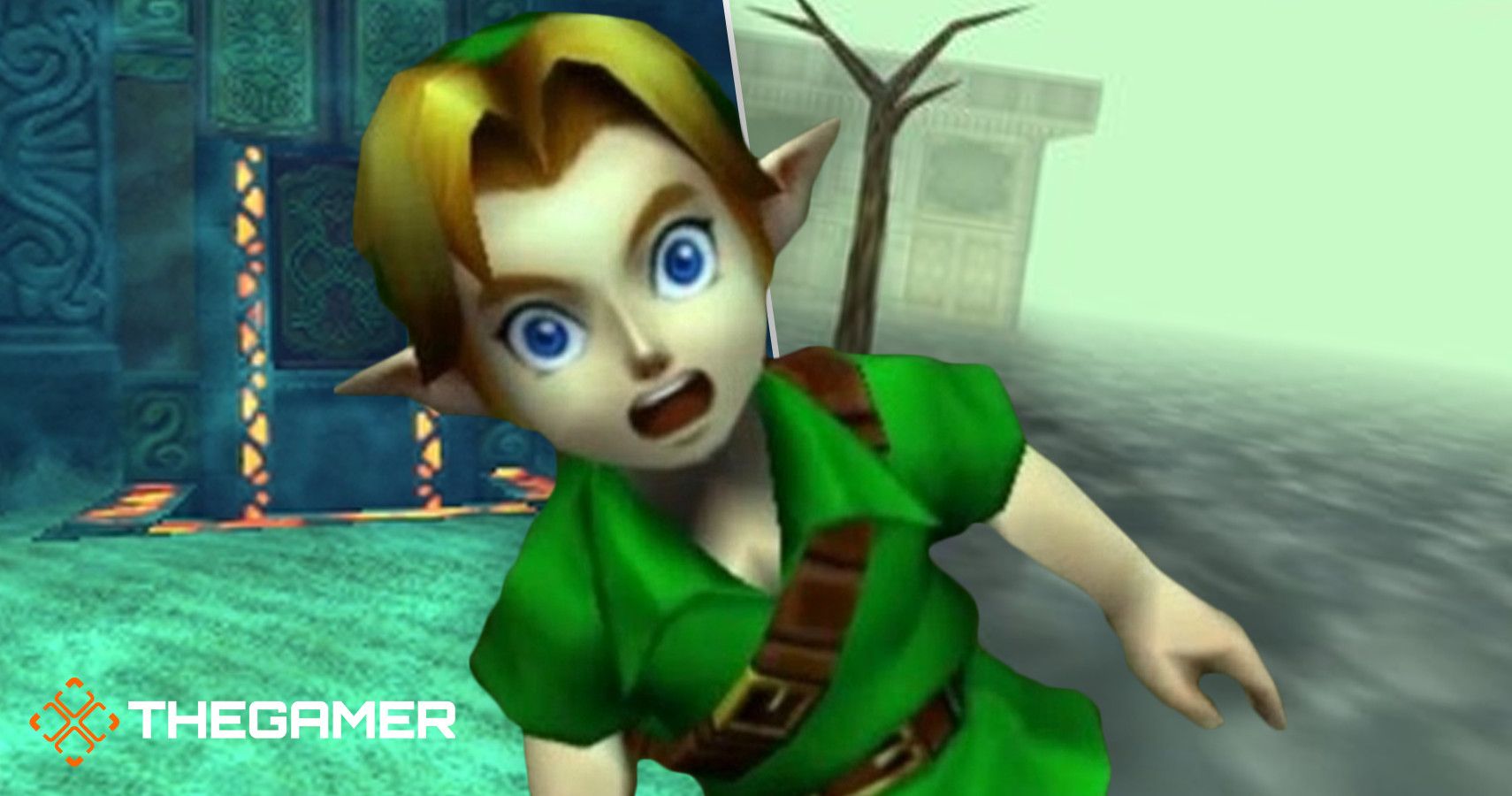