The Player Versus Player style Battle League of Pokemon GO is a pretty fickle thing to master. Players go in essentially not knowing what the opponent is bringing and have to use their best judgment in who they select for their team. This has equal odds to go either really well or really bad.

However, there are many tricks you can use to try to increase your chance of better results. More battle wins mean more rewards, so they are definitely worth mastering. Plus, who doesn't want to flex their well-raised Pokemon. With these tips, you'll be a battle league expert in no time!

Updated December 17, 2021 by Gabrielle Huston: Pokemon GO has managed to maintain a fanbase despite controversy over how the service has been handled during the pandemic. Trainer battles can be daunting, even for experienced players. There are a lot of stats (not to mention grinding) that go into it becoming the best of the best. You don't need that just to compete, though! If you're looking to get started and become familiar with the process, look no further than these easy tips.

9 Speed Is Of The Essence 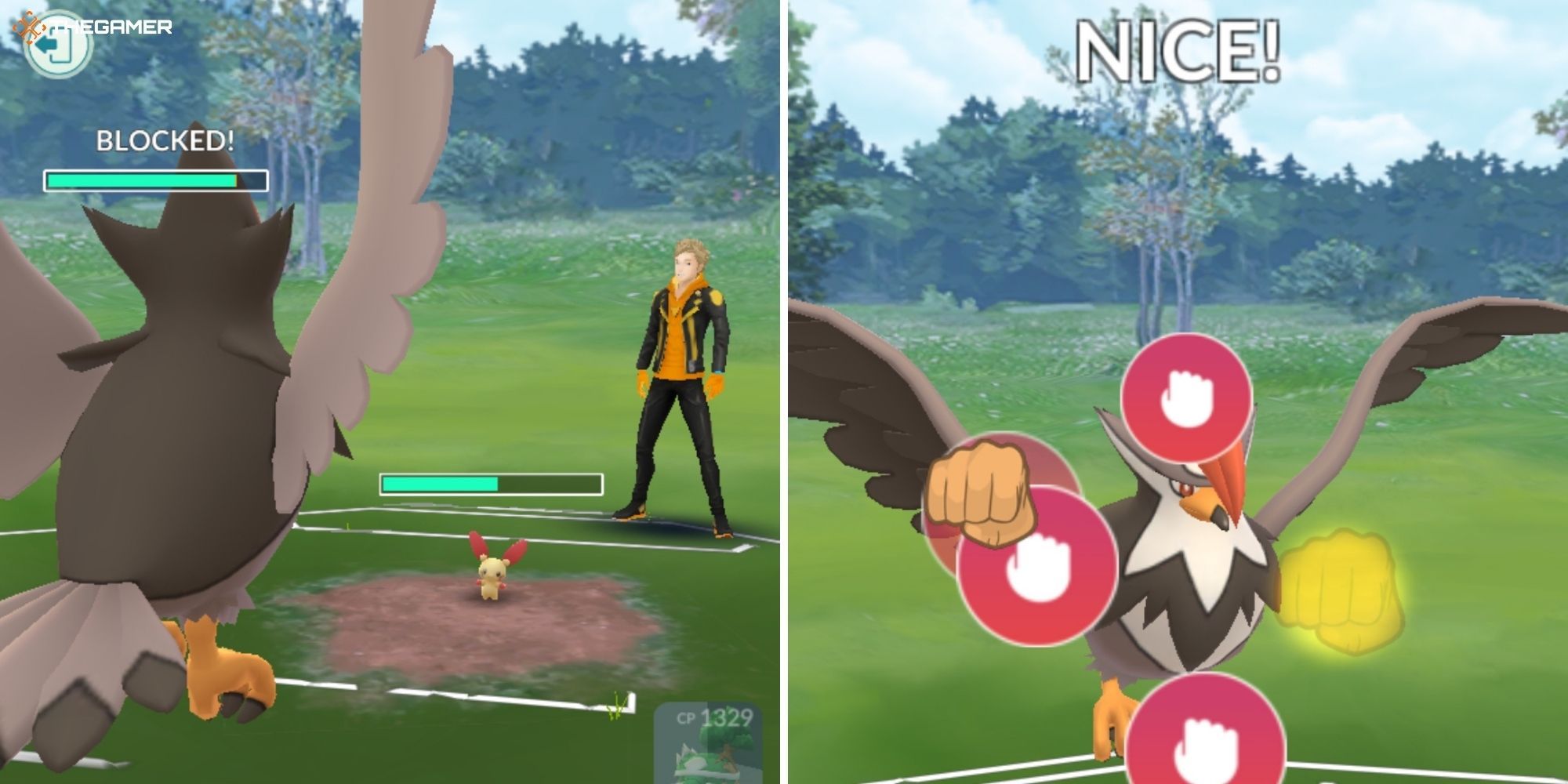 Battles in Pokemon GO tend to be all about speed more than anything else. It's basically a mini-game race of who can knock out the opponent first.

Therefore, you'll want to choose to bring Pokemon who can use a move over and over again. Some partners good at this are…

8 Spam Your Opponent First, Then Send In The Heavy Hitters 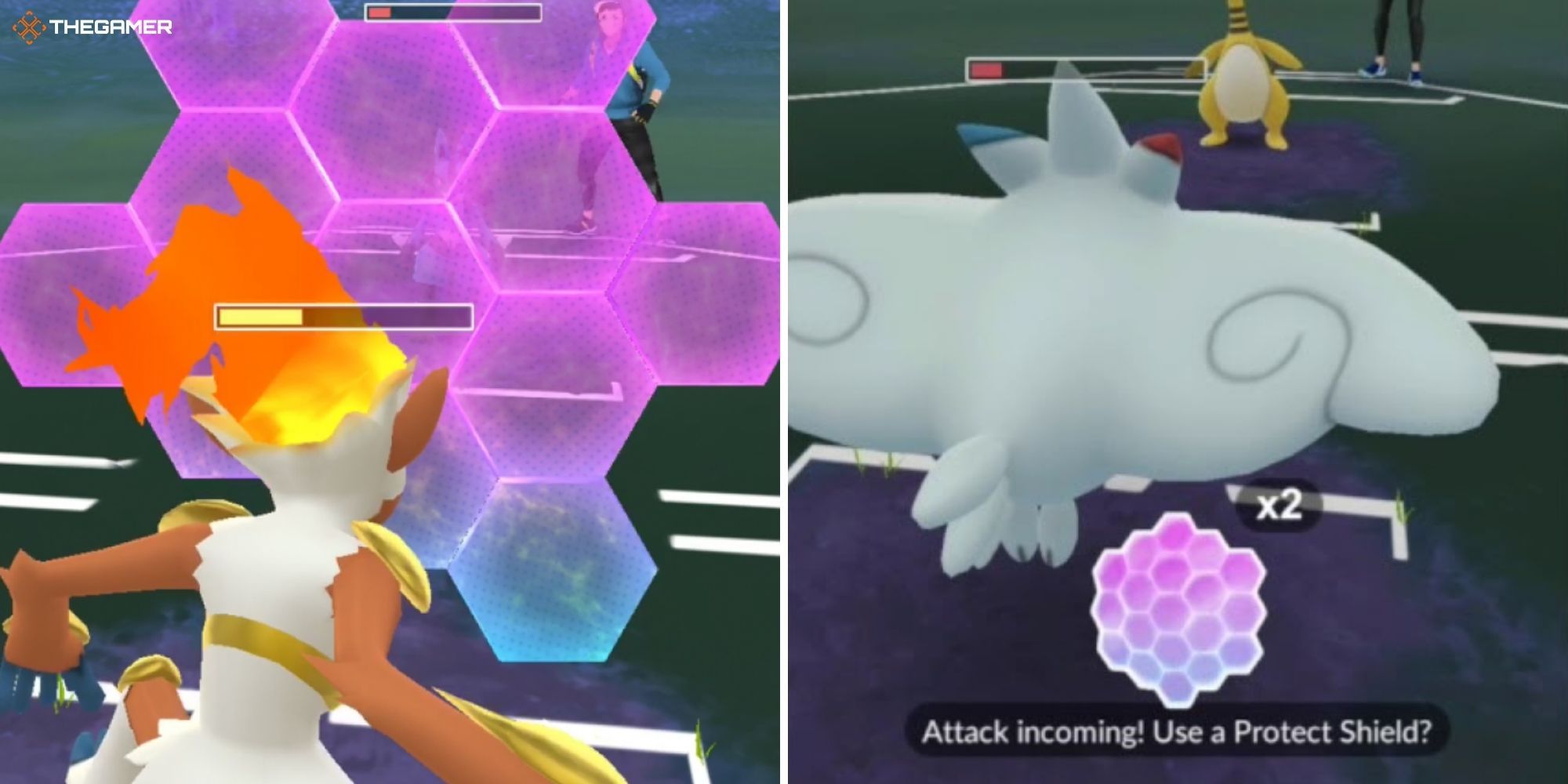 You want to get your opponent to waste their shields quickly so that you have an opening for doing easy damage. This was a trick learned when battling the difficult team rocket bosses, who will automatically always use their shields. There are two good strategies you can take advantage of

7 Take The Game's Recommendations With A Grain Of Salt

The system will automatically grab the Pokemon in your party with the highest CP that falls within the limits of the league you are battling in. However, you might notice that it puts those said three Pokemon in a specific order. You can use this to loosely gauge what type of disadvantage the opponent's Pokemon will have.

Thus, you can choose a different member of your party if you like. Do note that it's recommended to bring the ones with the highest CP, though, because some of these players like to bring legendaries with them. Don't feel bad, though – they probably spent $20 on raid passes and hours grinding just to get them.

6 Variety Is The Spice Of Life 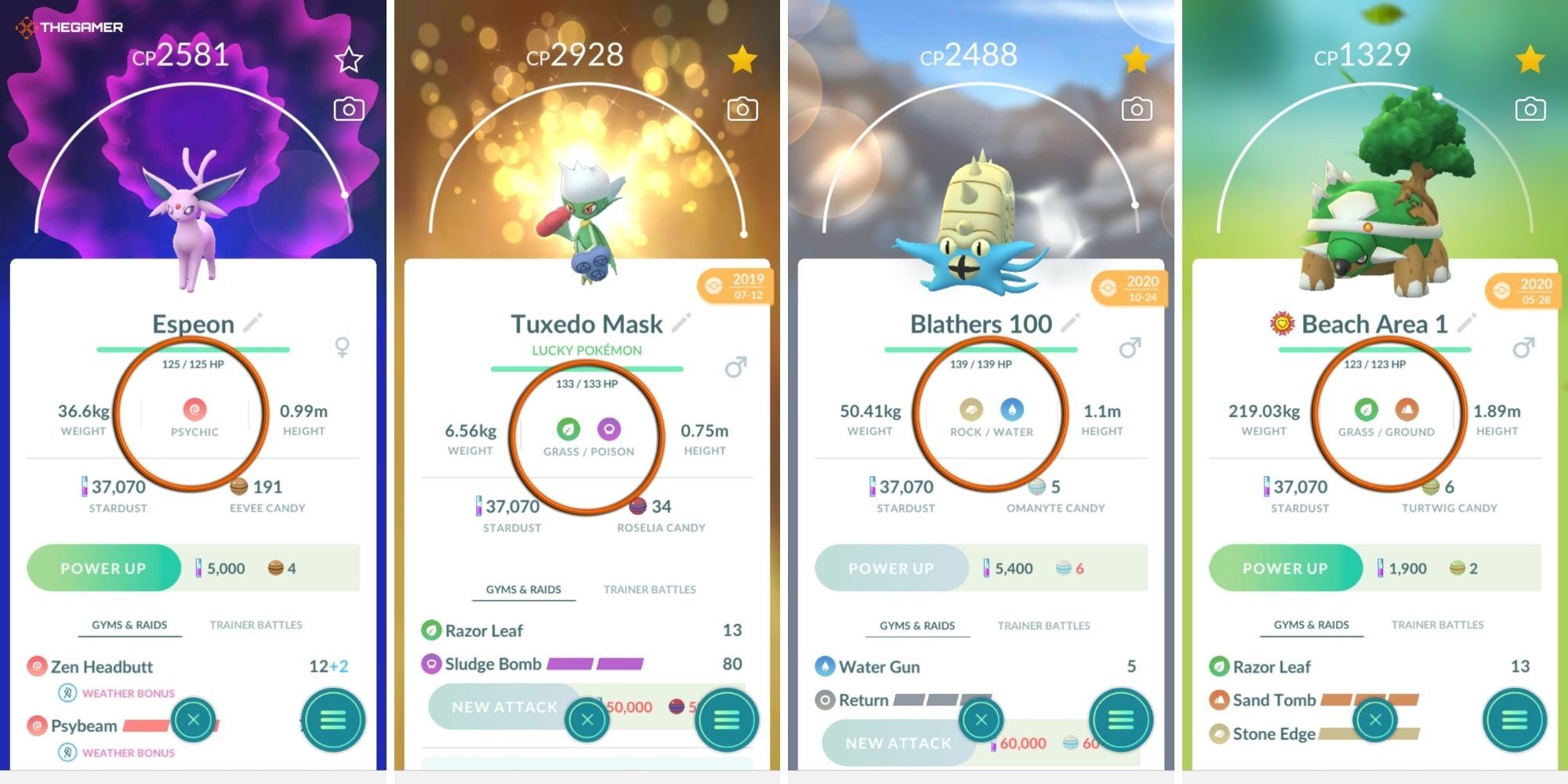 A player is entitled to having their favorites, but it's important to raise several Pokemon of different types so that you're somewhat prepared for what another player will throw at you. You should, ideally, have a backup of every type in case the recommended team clues you in that you'll be facing a particular type of Pokemon.

Remember that the way raising pokemon works in GO is a bit different than most games because their power does a huge leap when they evolve. Your best bet is to raise the ones available in your area that you can find enough multiples of in order to get enough candy for them to evolve.

5 Tanks Are Your Friend

When choosing what Pokemon to bring, go for the tanky ones, as in the ones that have a high defense and can take a lot of hits. Some good examples of these are…

On that note, try to completely avoid bringing units that are one type because dual types will always take less damage.

4 Beef Up One Winning Team And Don't Divide Your Attention 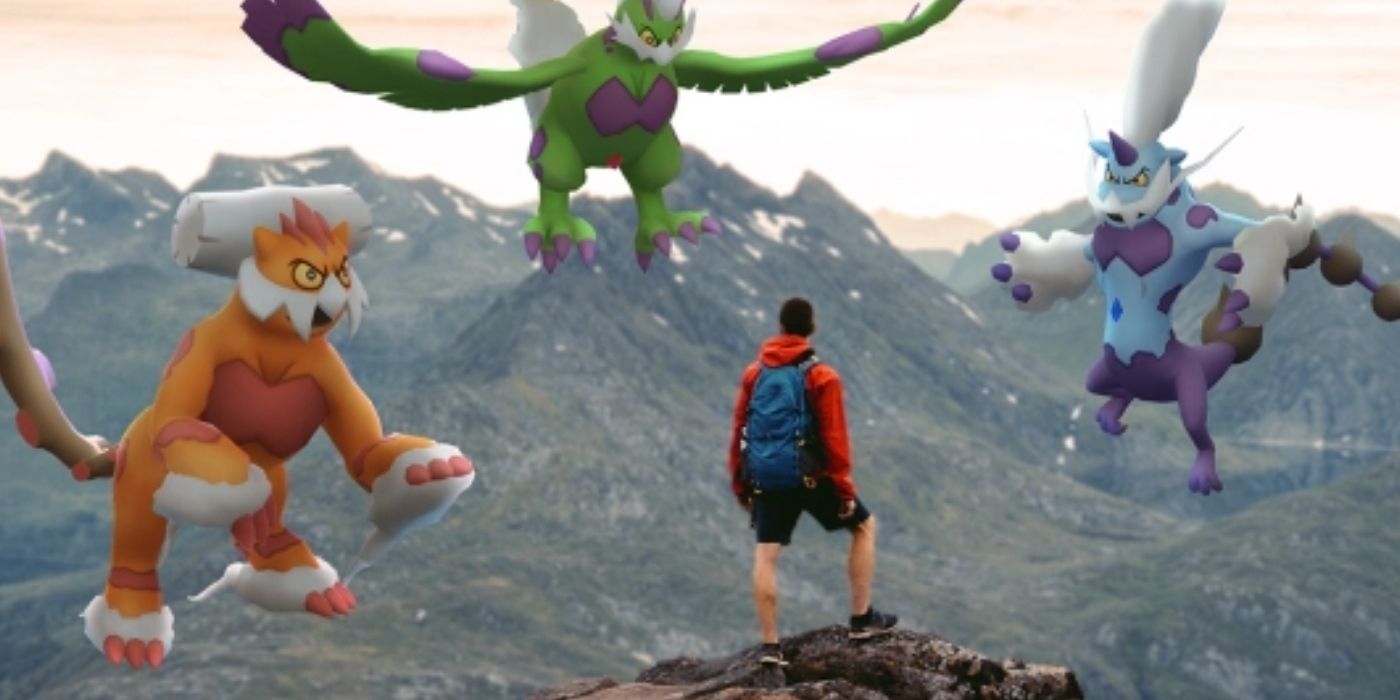 Don't switch teams around too often. In this setting, it's best to find one or two sets of solid trios that work for you and concentrate on making them strong.

You should have more than one, though, for emergencies. Sometimes, if a Pokemon you regularly use has fainted for some reason, you may not have access to the material to revive them for a while. Remember that Pokemon who faint in Team Rocket battles remain fainted afterward.

3 Fan Out The Flames 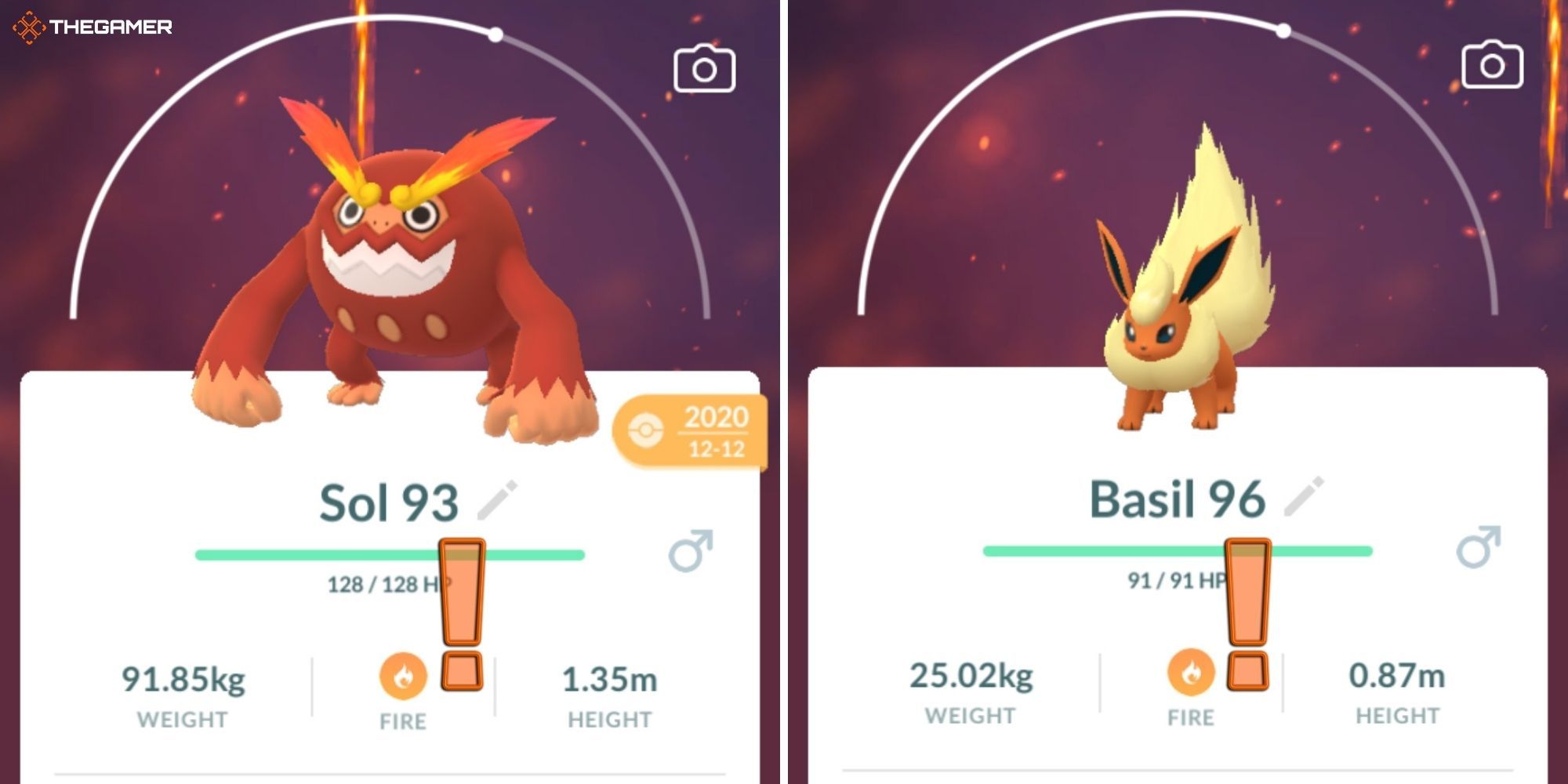 This seems pretty specific, but the number one Pokemon type you want to avoid using is single-type fire types. Examples of this would be…

This is because fire types have the biggest number of elemental disadvantages and since it's hard to know what you will be battling, you have to use Pokemon that don't have as many.

2 Don't Be Afraid To Switch Between Pokemon Mid-Battle 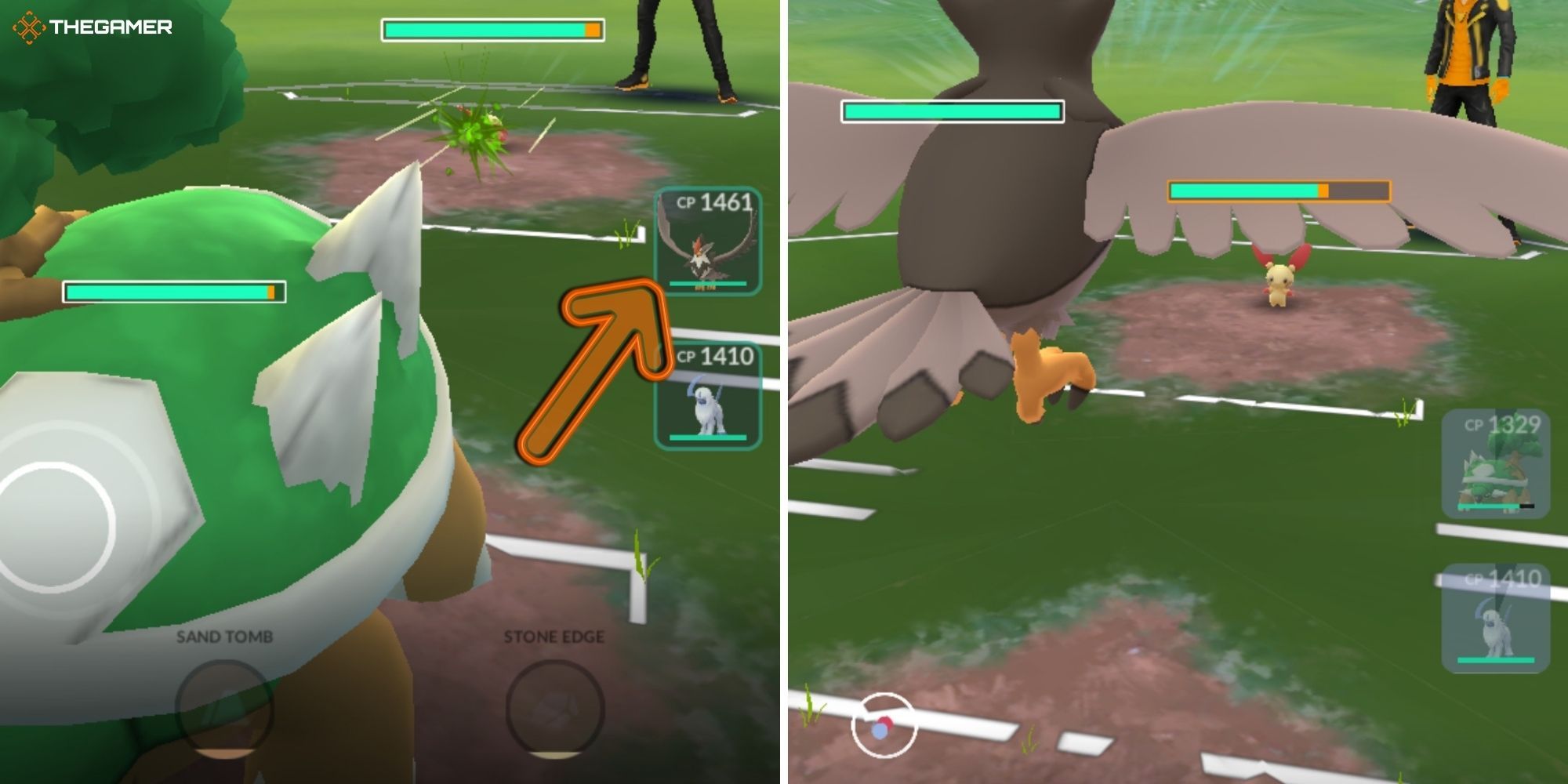 Don't be afraid to switch out your starting Pokemon if the opponent has an advantage over you because what you don't want is to get them knocked out in 15 seconds on the first turn. This is important because they could be useful for defeating another of the opponent's Pokemon later.

Several players may disagree with this because it may drive your opponent to switch a counter to you. However, it's a matter of weighing the pros and cons.

Is it better to…

That generally depends on the player and their experience. 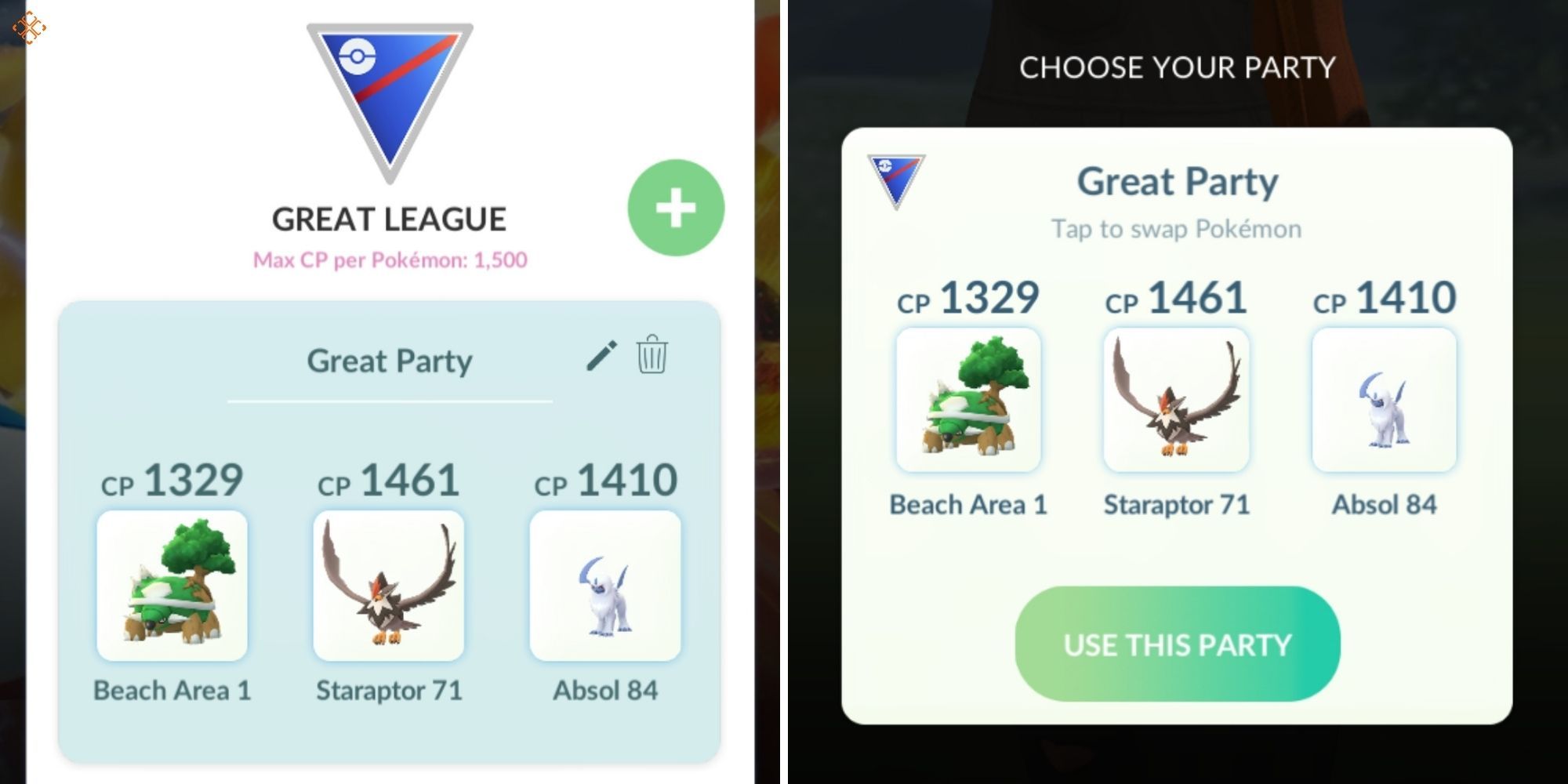 Your main team, the one that you're constantly improving, should include a variety of different Pokemon types.

For example, don't bring 3 fighting types because if the opponent tosses a Gardevoir at you and you have a Hitmonchan, Hitmonlee, and Machamp, that fight will be over before you probably even get past the first enemy. Gardevoir is a psychic/fairy type, aka a fighting type's two biggest weaknesses, so she will eat them for breakfast.

The deeper the difference in your team members, the better your chance of doing well. Poison Pokemon are a great and often underrated choice, too, as they take half damage from many different types.