The ability to gather up Pokemon from different games and store them all in one place has been a thing since the introduction of Pokemon Bank. However, that system received a serious revamp via the introduction of Pokemon Home. Incorporating new games into Home is a tricky task. However, it was revealed this week that the wait for the ability to add Pokemon from the latest games and transfer them between other titles will soon be over.

Pokemon revealed in a blog post that Home's 2.0.0 update will be rolled out soon. With it, the ability to add Pokemon from Brilliant Diamond & Shining Pearl, and Legends: Arceus will be implemented. That also means the games, and the Pokemon you move from them to Home, will be compatible with Sword & Shield, the Let's Go games, and Pokemon Go.

These changes and the new games being incorporated into Home do come with some caveats. The post notes “transferring Pokemon to a game they were not originally caught in may cause certain changes to known moves, level, and what type of Poke Ball they were caught in.” For example, since Legends: Arceus is set in Pokemon's past, anything caught in-game and transferred to say, BDSP will show as having been caught in a “Strange Ball”. The same applies should you transfer a Pokemon from another game into Legends: Arceus. 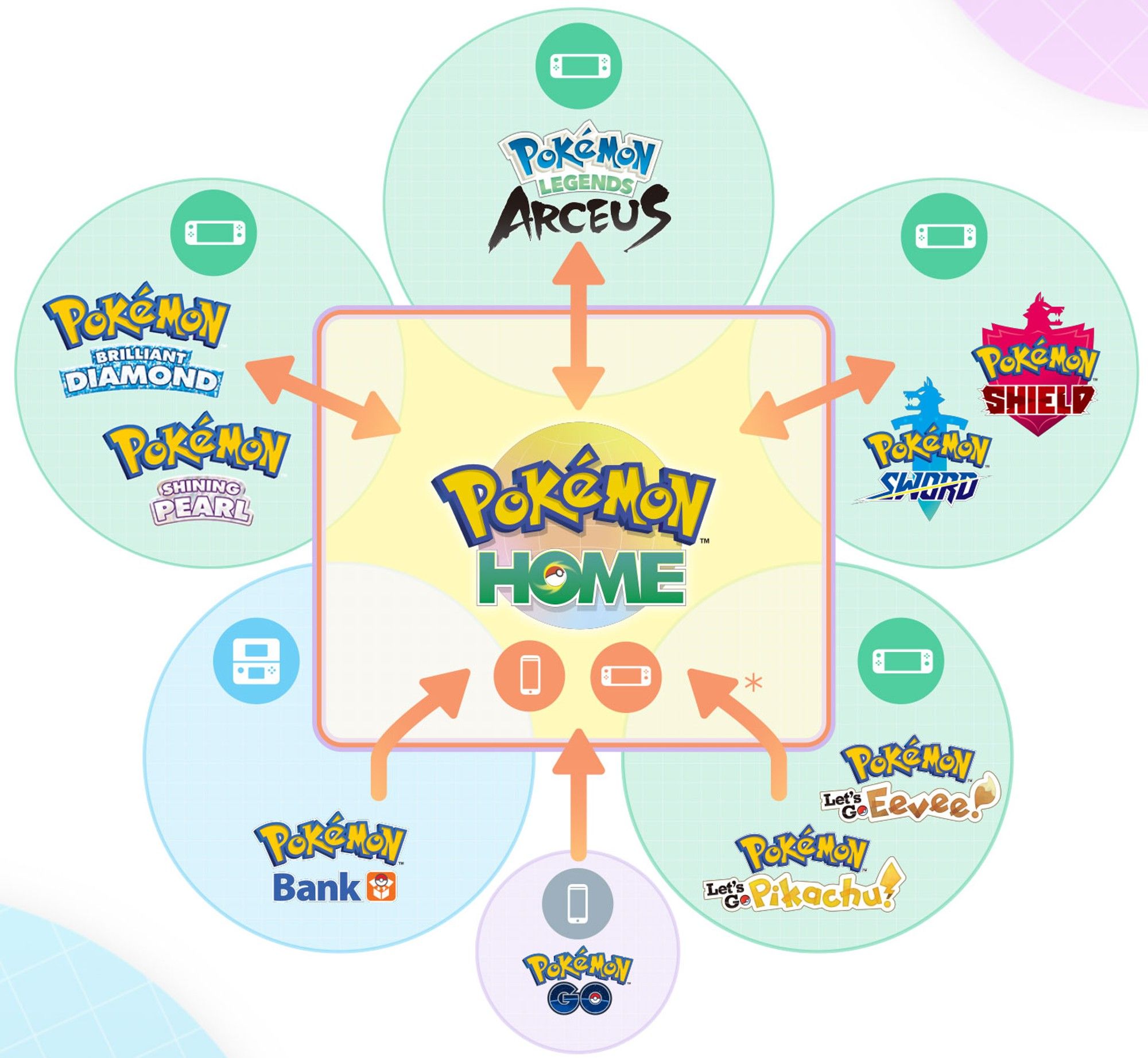 The way Home's Pokedex will work following the update will have been tweaked slightly too. Since your objective in Legends: Arceus is to gather information on Hisui's Pokemon and complete Pokedex entries, those entries will not appear in your Home Dex until they have been completed. You will also be able to check on the effort levels of Pokemon from Legends: Arceus through Home, as well as the condition of Pokemon from BDSP.

Depositing Pokemon from both games into Home will also get you some pretty neat rewards. Depositing a Pokemon from BDSP into the Switch version of Home will get you a Chimchar, Turtwig, and Piplup with special abilities as mystery gifts through the mobile version of the service. Doing the same with a Pokemon from Legends: Arceus will get you a Rowlet, Cyndaquil, and Oshawott with maximum effort levels, again as mystery gifts through the mobile app. The date the new update will be rolled out has not yet been revealed.