Pokemon Scarlet & Violet introduces a plethora of Poison-type Pokemon for you to discover. While some are better than others, they all provide unique strengths that both new and veteran players can take advantage of.

While Poison types aren't typically the strongest of Pokemon in any given region, they can provide a strong counter to Grass- and Fairy-type Pokemon. Additionally, Pokemon who can naturally Terastalize into Poison provides a unique mid-game pivot that can turn the tides in a number of scenarios. 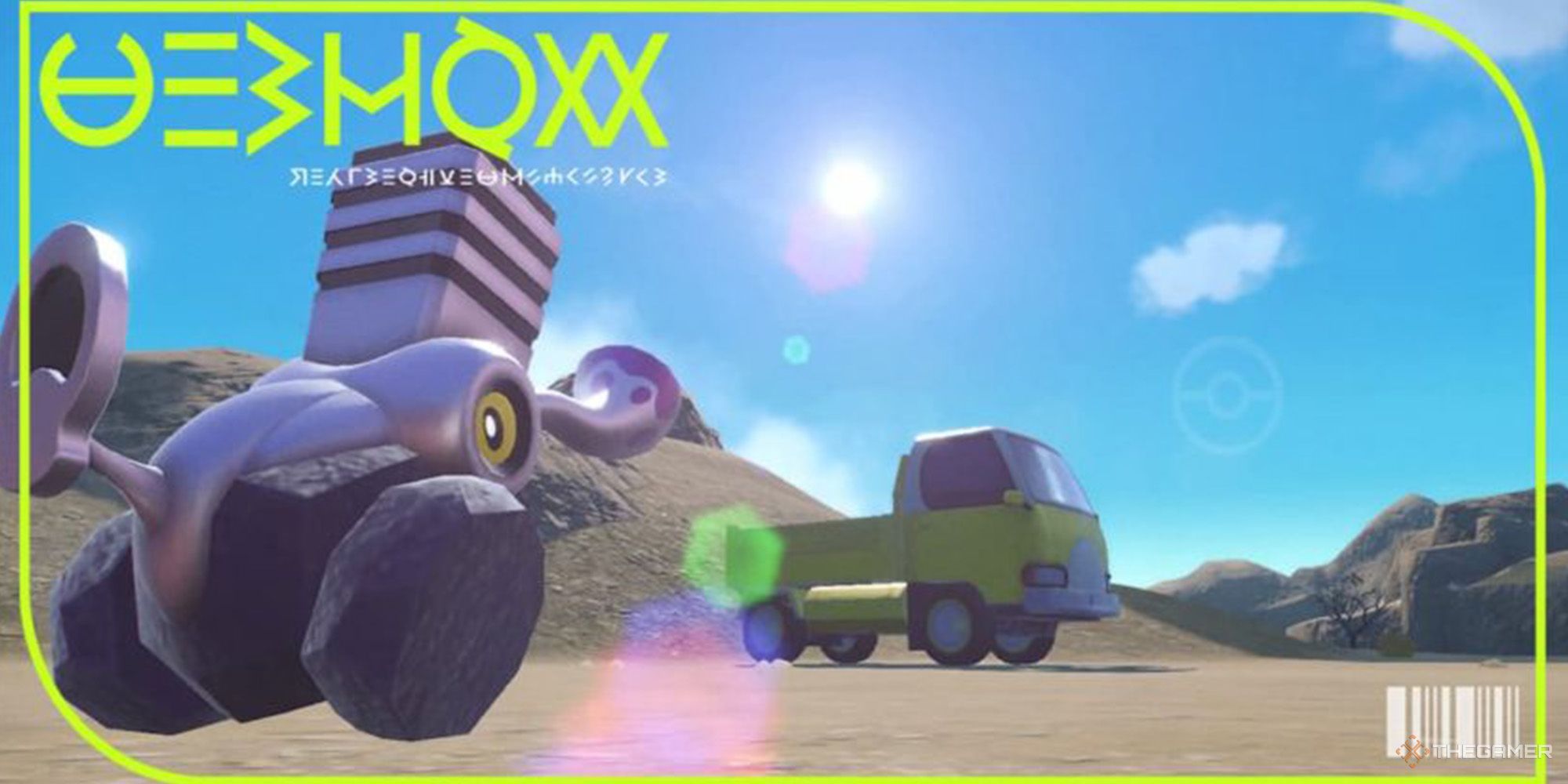 Of the new Pokemon introduced, Varoom is easy to pass, but that doesn't mean you should. This mechanized menace's typing combination is the first in the series, and while it may present as an absolute nightmare for fairy types, its four times weakness to Ground can cause some issues.

For a creature that's literally a sentient engine, its base 47-speed stat could use certainly use a tune-up. However, its access to Gyro Ball at level 17 does present a STAB-boosted way to take advantage of that. Regardless, Varoom needs a little more gas in its tank to compete with the other poison types in Paldea. 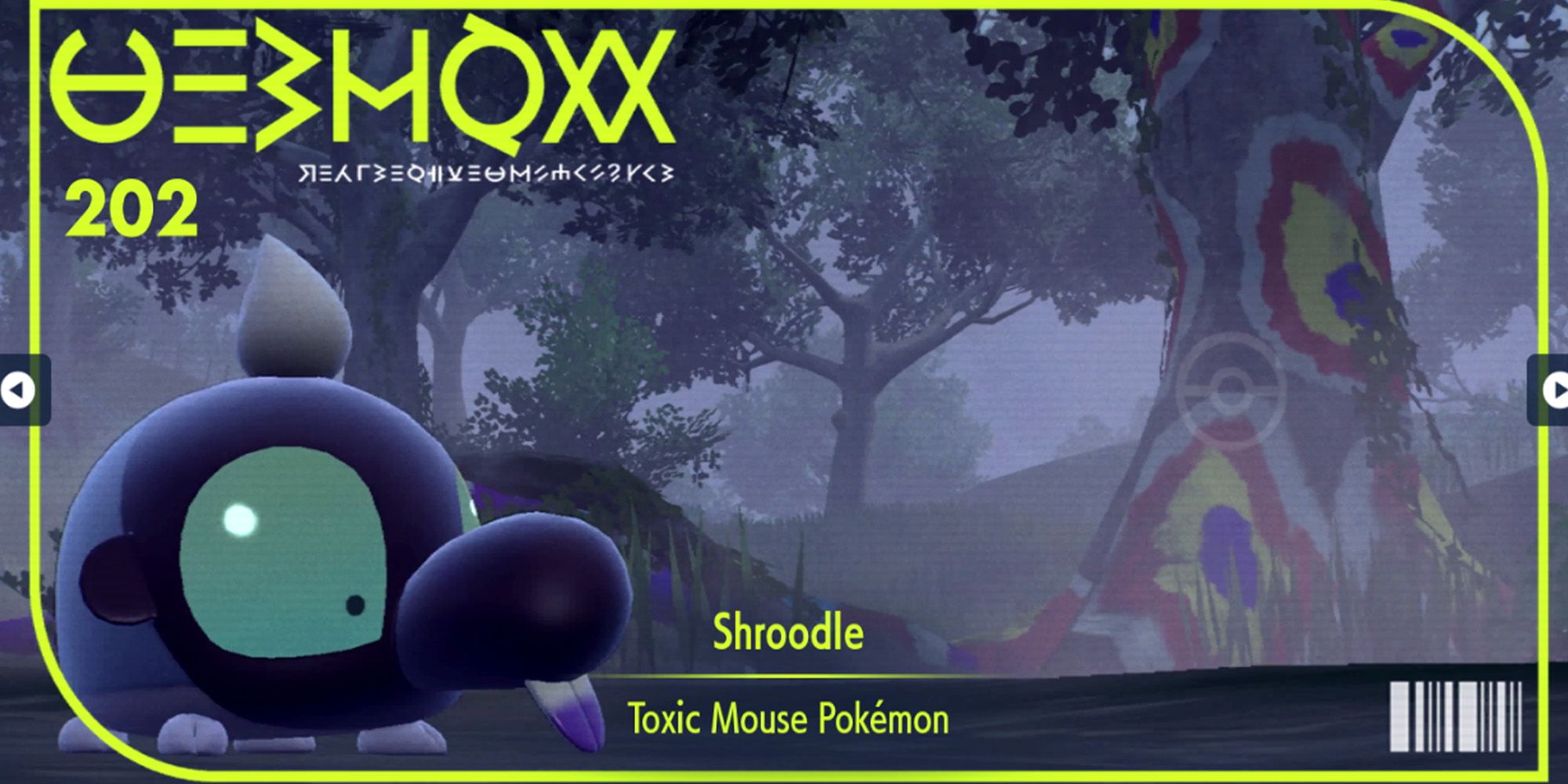 The adorable base evolution for Grafaiai is the first Poison- and Normal-type Pokemon to exist. Its unique typing not only gives it the offensive advantages of a poison type but grants it Ghost immunity as well. And with a base speed of 110, it's one of the fastest Pokemon available in the early game.

Its ability pool presents many options for players who like to be tricky. Combining its ability, Pickpocket, with Switcheroo or Fling can quickly create a confusing situation for opponents with held items. It also gets access to Unburden and Prankster, meaning Shroodle has a lot of potential for trainers willing to give it a shot. 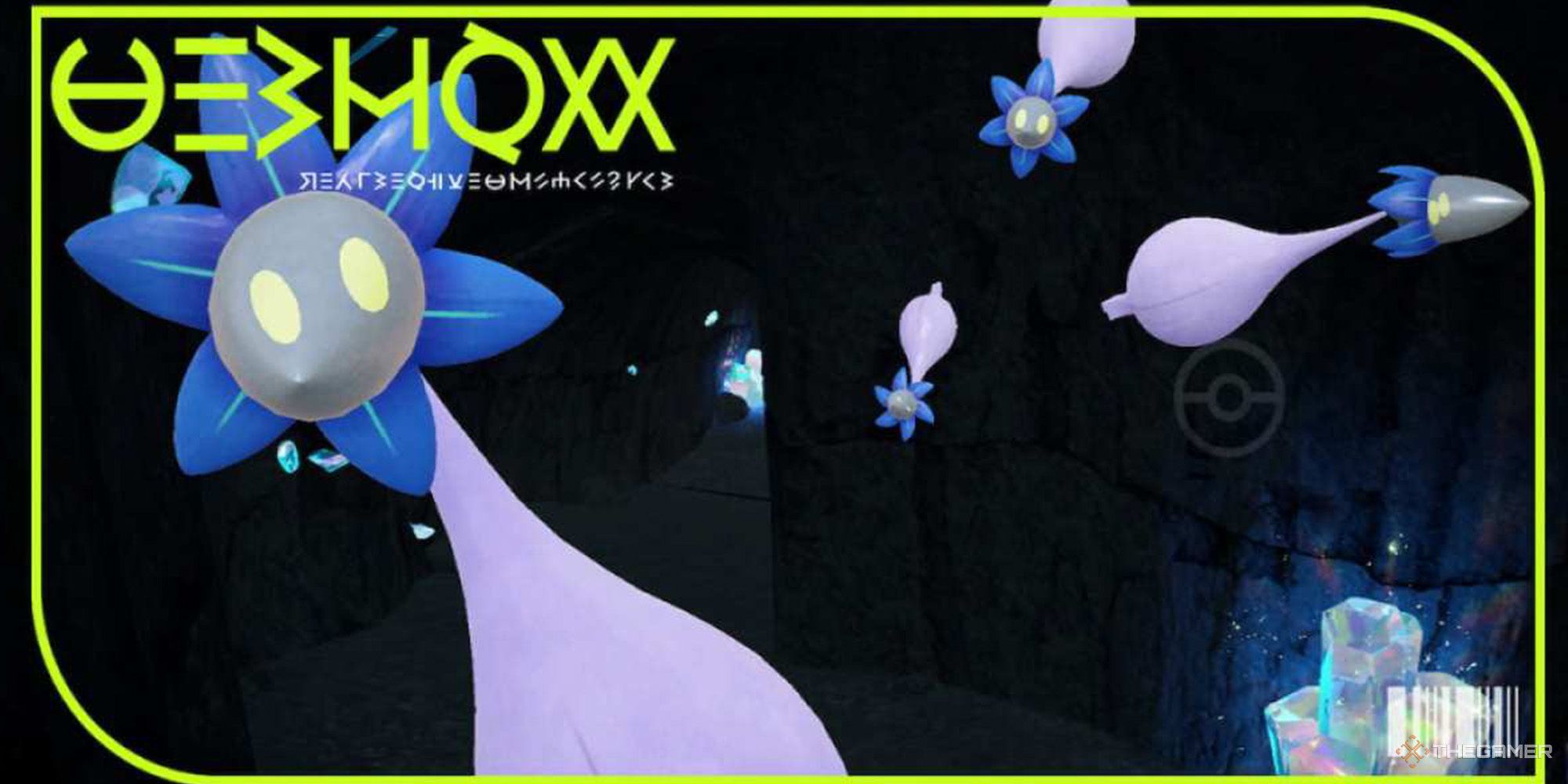 If there's one thing the Pokemon world was missing before the release of Gen 9 was a poisonous cave rock, right? Glimmet is one of the quirkier designs introduced in Pokemon Scarlet and Violet, and it packs quite a punch. Its ability Toxic Debris scatters poison spikes after it's been hit with a contact move, which makes it excellent for setting up field hazards.

While it may not have the best HP stats, it does boast a base Special Attack stat of 105, which is impressive for a base form. Don't let this Pokemon's emoji-like eyes fool you; it's certainly no joke. 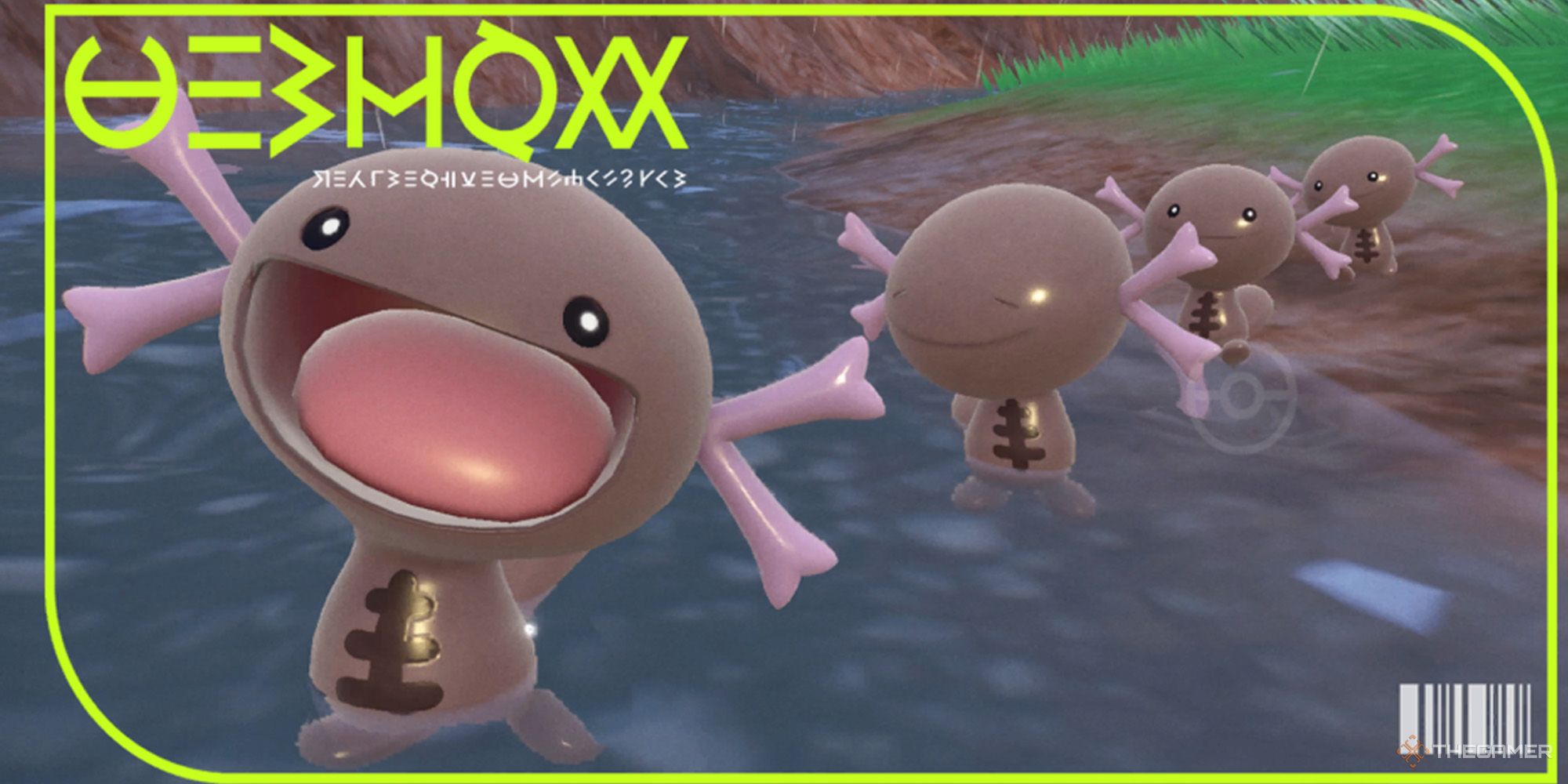 This cutie is the perfect poison type for those just beginning their journey in Paldea, especially with the first two gyms being Bug and Grass. This adorable swamp salamander has a great typing combination with very few weaknesses and water immunity thanks to Water Absorb.

Its ground typing makes it a perfect counter for other poison types, which can be critical assistance early in the game. With all that said, Paldean Wooper can be quite frail, but its evolution is an absolute tank. Its early game viability, combined with its potential post-evolution, makes Paldean Wooper a great pic for any trainer. 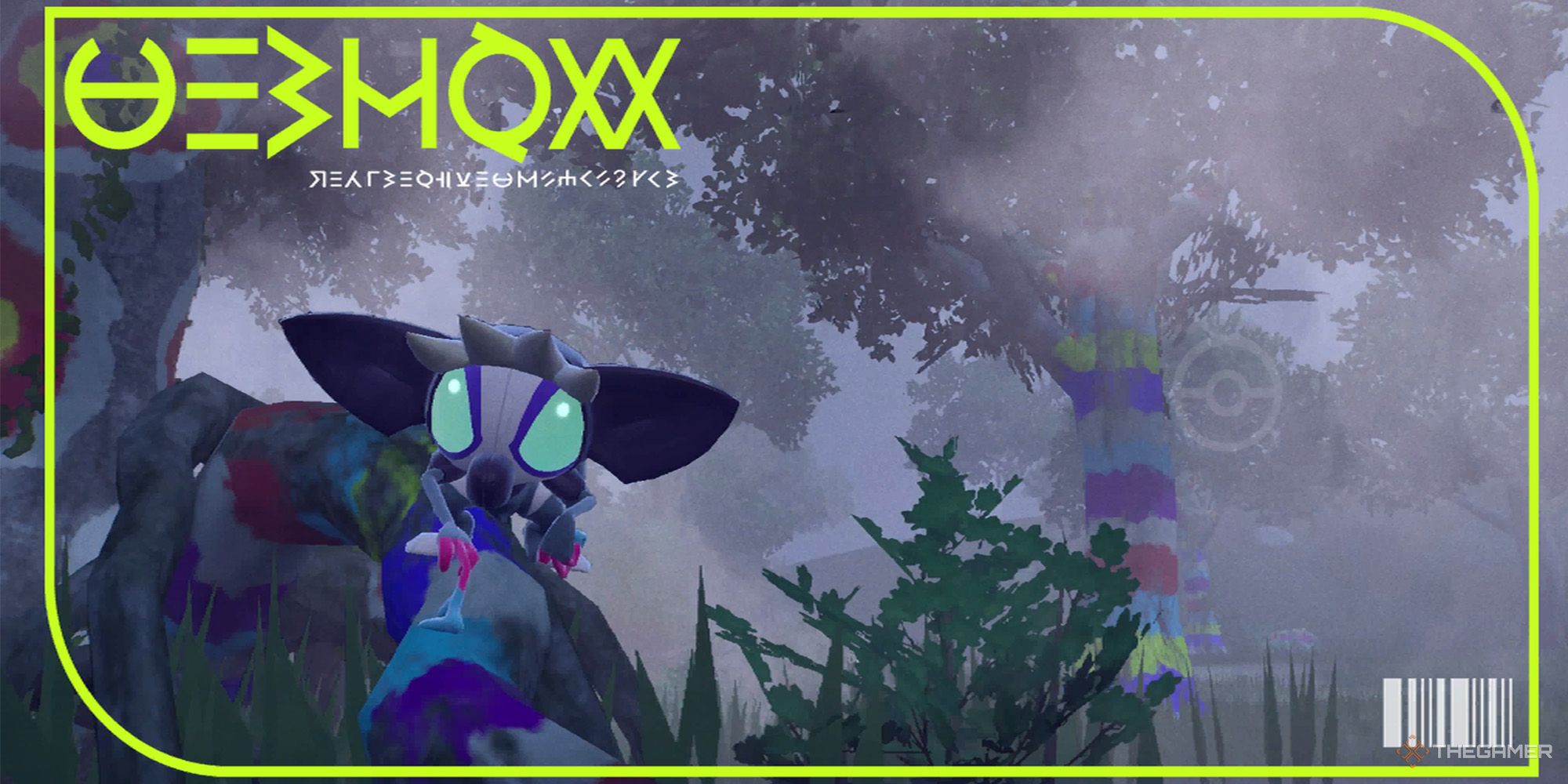 Grafaiai was yet another Poison-type given to us before the release of Pokemon Scarlet and Violet, but its introduction didn’t do it the justice it deserves. This graffiti artist has access to multiple abilities that make it great for a competitive atmosphere. Unburden provides it with incredible speed after it consumes a held item, and its hidden ability Prankster turns it into a strong Support for any team.

Its signature move, Doodle, allows it to copy the ability of another target Pokemon (whether friend or foe) and grant it to both Grafaiai and its allies, which has a number of tactical applications. With one move, Grafaiai can reverse one Intimidate drop into two for its opponent, which should strike fear in the heart of any previous Incineroar lover. While we’ve yet to see the full spectacle of ways it could be utilized, Grafaiai is certain to leave its unique mark on the competitive meta. 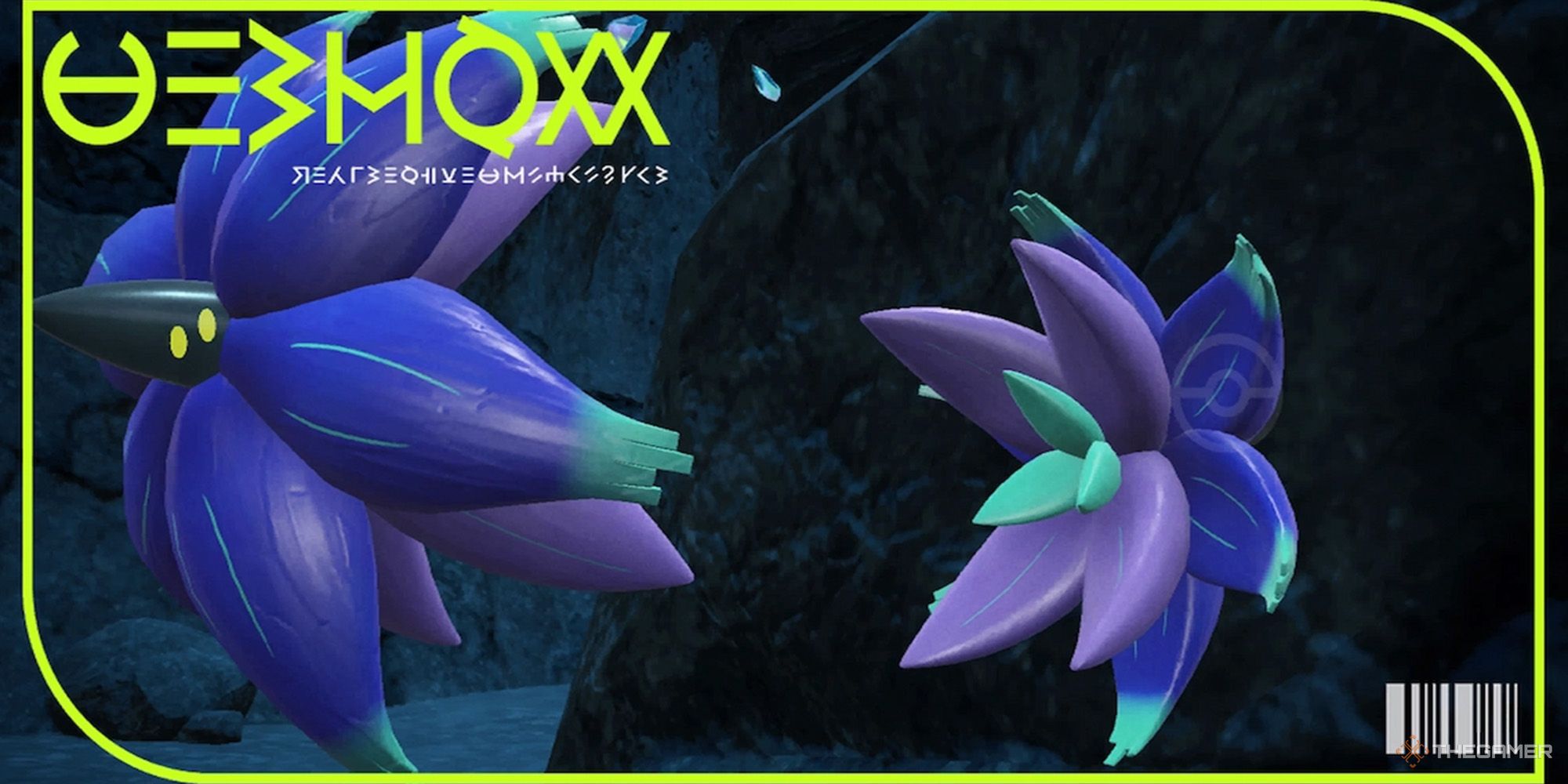 One of the most mysterious Poison types introduced in Generation Nine is the elusive Glimmora. This poisonous sentient crystal starts off as a nutrient-absorbing plant that grows from cave walls and evolves into a floating venomous spike ball. Its design is based on various poisonous rocks and crystals, such as asbestos.

This uniquely terrifying creature is complemented by an incredibly high base Special Attack of 130, an impressive move-pool that includes Spiky Shield, Power Gem, and Sludge Wave. If that wasn’t enough, the signature move it gains upon evolution, Mortal Spin, releases it from field hazards while poisoning the opposing Pokemon.

It's an absolute cannon, and its unique typing offers a unique breadth of coverage. The potential for this crystallized KO machine is unmatched, providing a toxic option for competitive players 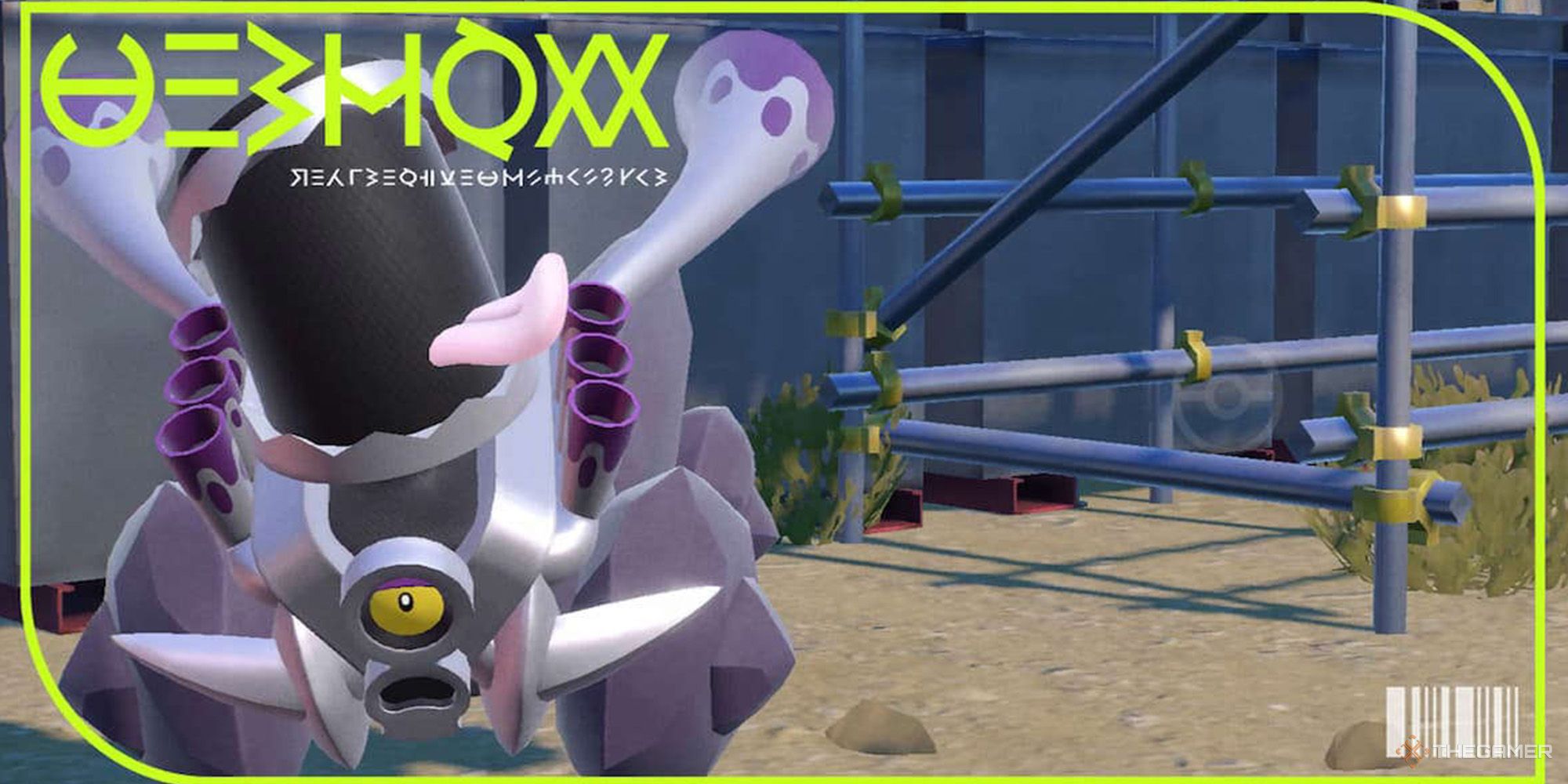 If there’s one Pokémon that will truly get Poison-type trainers' engines running, it’s Revavroom. While this dramatic drive shaft may seem new to some, it was actually hidden right before our eyes in multiple trailers, serving as a driving force behind the Team Star raids. Many fine-tuned fans noticed the tongue sticking out of Team Star's extravagant battle-mobiles, and theorized that it must be a new Paldean Pokemon – which clearly turned out to be true.

While its four times weakness to Ground-type moves presents a significant disadvantage, its move-pool stands to redeem that. With access to Magnet Rise, it can give itself immunity to its greatest weaknesses. Combine this with its ability to use Shift Gear and a base Attack stat of 112 – and you have a Pokemon that can run laps around the competition. When it comes to Poison types, Revavroom is a great pick for players looking to cross the finish line in Paldea. 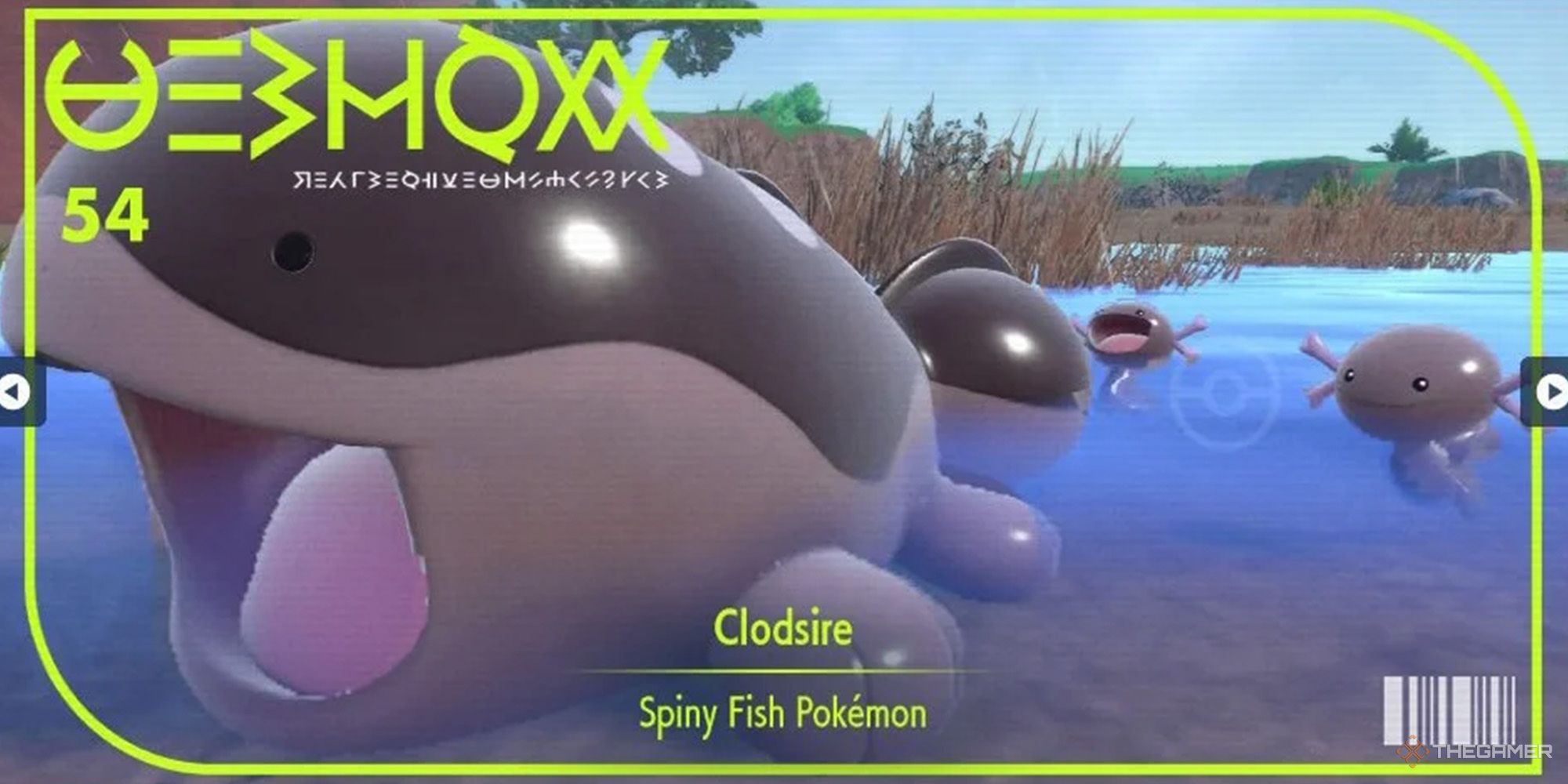 While very few regional variants were introduced in Generation Nine, Wooper was one of the few exceptions that excited the Pokemon fan base. Not only is the smooth brain Pokemon too adorable, but its previous evolution Quagsire is one of the strongest defensive walls in the game – and its Paldean cousin is no exception.

The eclair-shaped Clodsire is an exceptionally tough cookie with its base 130 HP stat, and its new Poison typing adds D.O.T. to its already impressive tool kit. Taking hit after hit while setting up Poison Spikes can help patient players succeed in some of the toughest battles. Combining that with its access to Yawn means that Clodsire can force Pokemon to either switch out or be put to sleep – creating a unique dilemma for the opponent.

With Terastalization, you can turn Clodsire into a pure Poison type in a pinch, which could be critical coverage for its Grass-type weakness. With access to Paldean Wooper early in the game, Clodsire provides a great Poison type for players just entering Paldea. 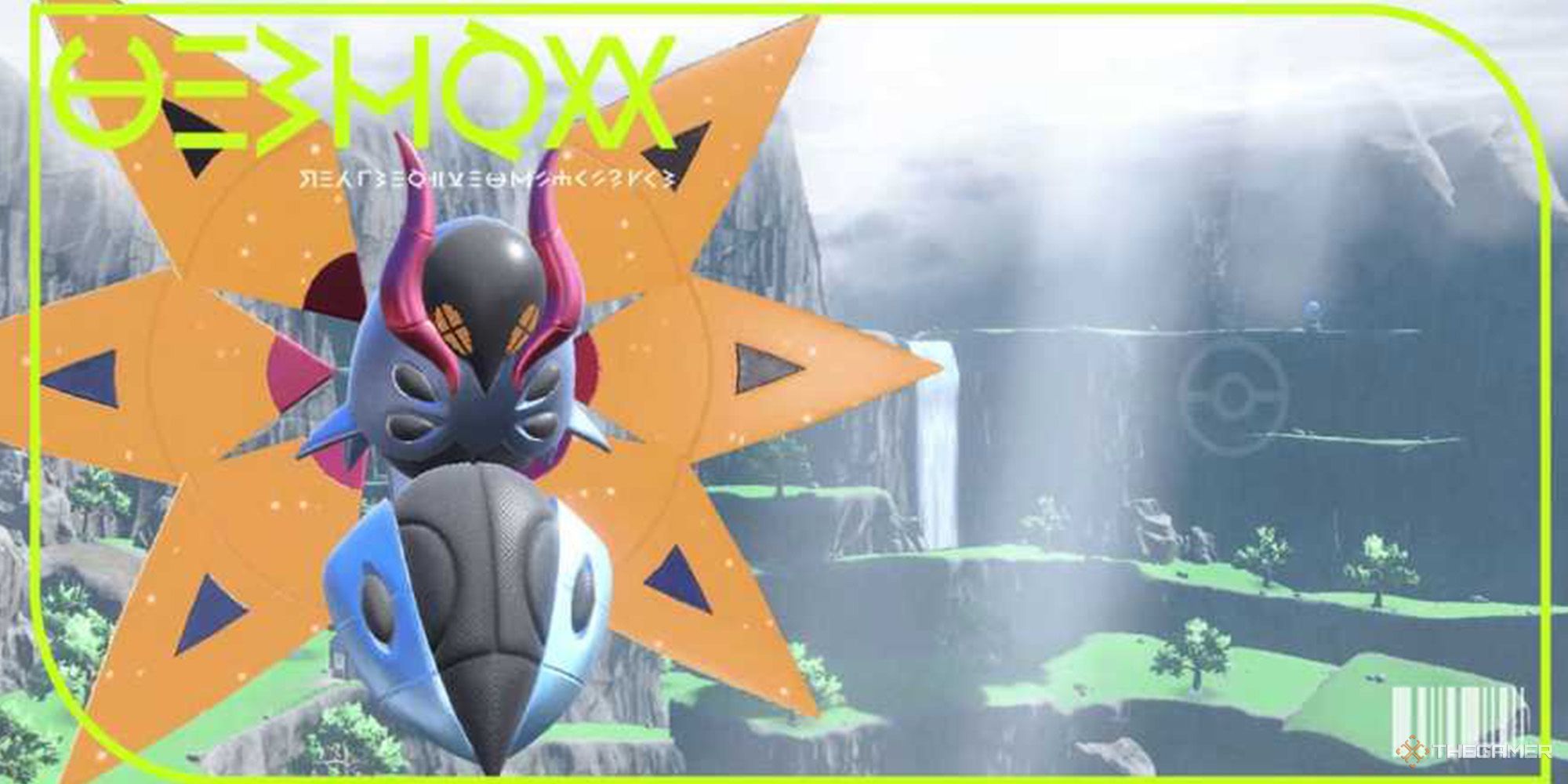 One thing that Pokemon Violet assures players of is that Poison-type Pokemon aren’t going anywhere anytime soon. In fact, for some Pokemon, converting to Poison typing is very much a part of their future. Iron Moth, the Future variant of Volcarona, is one of those Pokemon. This mechanized Mothra is a Fire- and Poison-type, a combination that used to be exclusive to the Salazzle evolutionary line.

This unique typing combination makes it Grass-type Pokemon‘s worst nightmare, but its Speed and Special Attack stats are sure to extend that nightmare to the entire competitive meta. With a staggering base 140 Special Attack and the ability to gain an extra boost in Electric Terrain, Iron Moth is an impressive Special Attack sweeper.

It has access to both Toxic Spikes and Venom Shock, which takes advantage of not only its incredible Special Attack power, but adds damage over time into the mix. This solar-powered robo-moth is set to be the future star of competitive Pokemon.