Pokemon’s trading card game has one of the most competitive markets in the entire world of collectibles. It’s not always obvious what cards are going to rise to the top of the economy, and some of the Pokemon cards that end up being most valuable can be surprising.

The rainbow rares, however, were set up for success from the start. They’re gorgeous, hard to find, unique cards that practically scream “special and rare.” But just how valuable can these sparkly technicolor cards get? Put that wallet away, the most valuable rainbow rare Pokemon cards can get a lot pricier than you think. 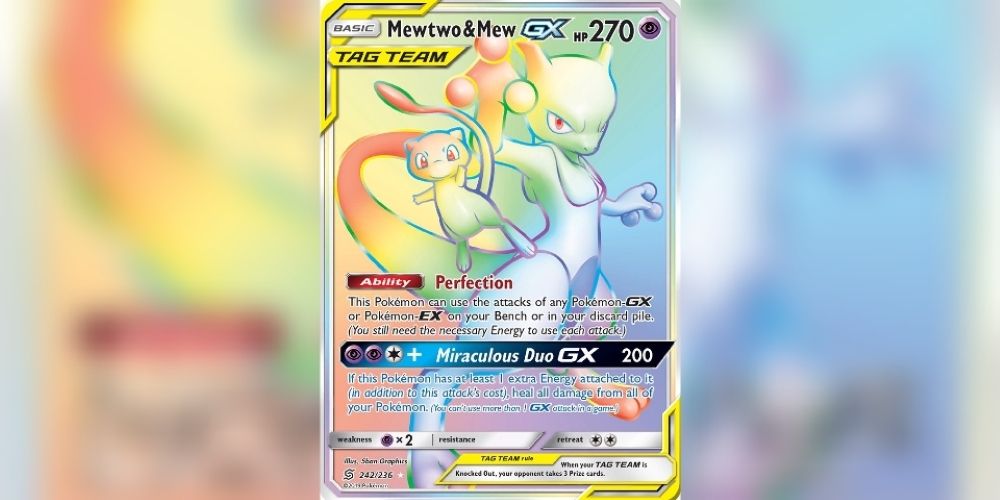 Both Mew and Mewtwo have been highly coveted Pokemon, from the Pokemon video games to the trading card game. This tag team card combines not only the overwhelming power of Mewtwo and Mew, but also their value.

The market value for the rainbow secret rare from Unified Minds is around $101 USD, with some being sold for over $200. Mewtwo & Mew GX is a card that’s definitely worth saving in your collection, especially if you’re able to get it graded and sealed up. 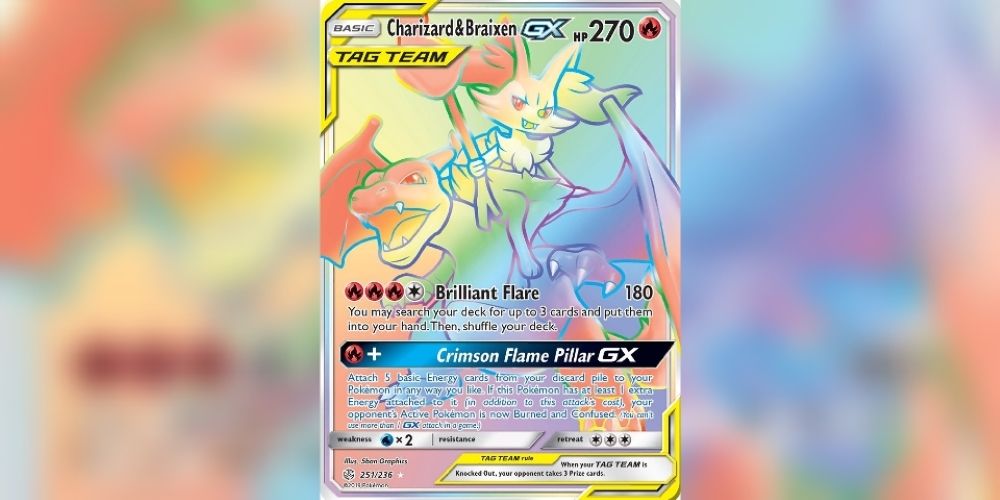 Tag team cards are all sought-after, both for collection and actual gameplay reasons. Of course, when Charizard makes an appearance, those dollar signs are going to go up. This tag team card from Cosmic Eclipse doubles your firepower and gives your card vault a special piece of rarity.

The rainbow rare Charizard & Braixen GX is valued around $102, but you may be able to find a heck of a deal scouring through listings and finding the right auctions. This card will make a fine addition to your collection. 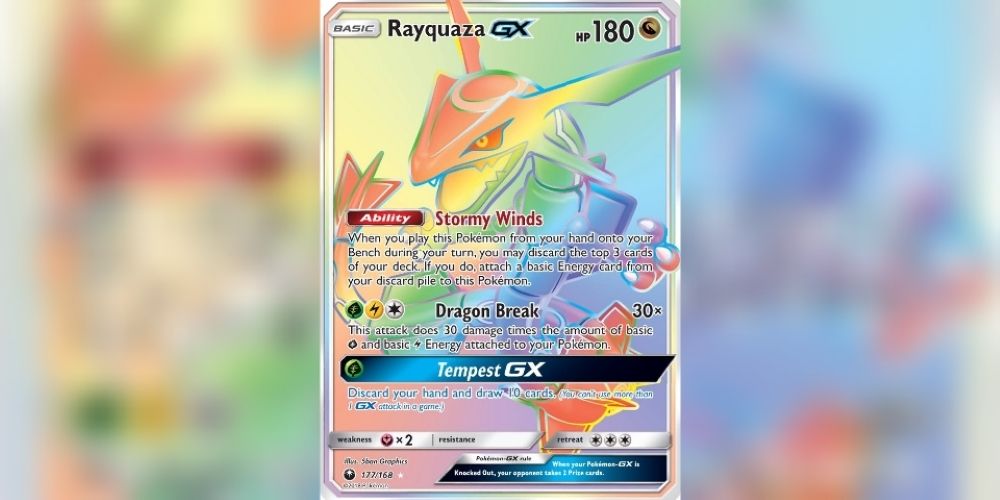 The legendary sky dragon Rayquaza first came around in Pokemon Ruby and Sapphire. Rayquaza’s grand trading card debut would be in the EX Dragon expansion of 2003, and it’s been a popular card ever since.

This secret rare version of Rayquaza from Celestial Storm has a market value of $112. It’s difficult to get your hands on for under $100, but it’s definitely not unheard of. If this card makes its way into your pulls, it’s one you’re going to want to protect. 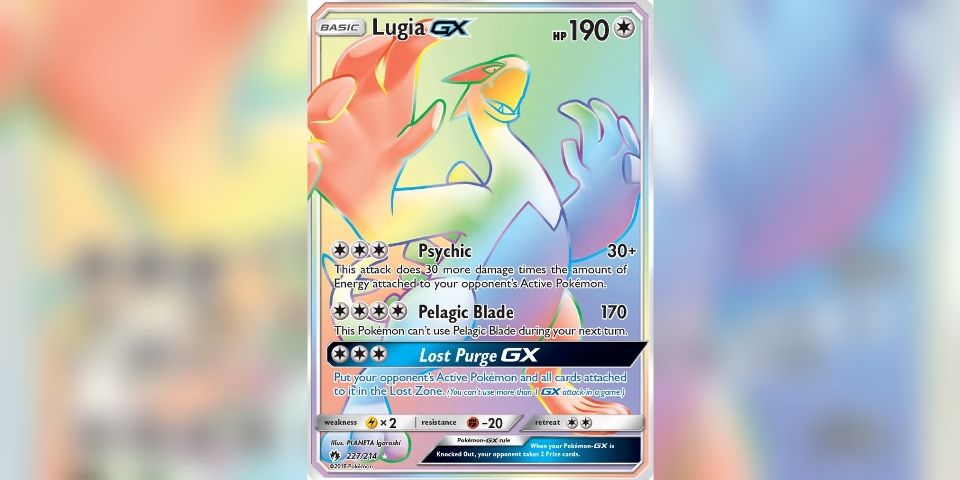 Majestic and graceful, Lugia has captured the hearts of Pokemon fans worldwide. Ever since Pokemon: The Movie 2000, Lugia has been a huge and recognizable part of the Pokemon universe. Of course, legendary status comes with equally legendary value.

Lugia GX, specifically the secret rare from Lost Thunder, is worth around $142, pushing the budget for a lot of eager card shoppers who may want to get their favorite sky-flying legendary in its rarest form. This card is still far from unobtainable, though. 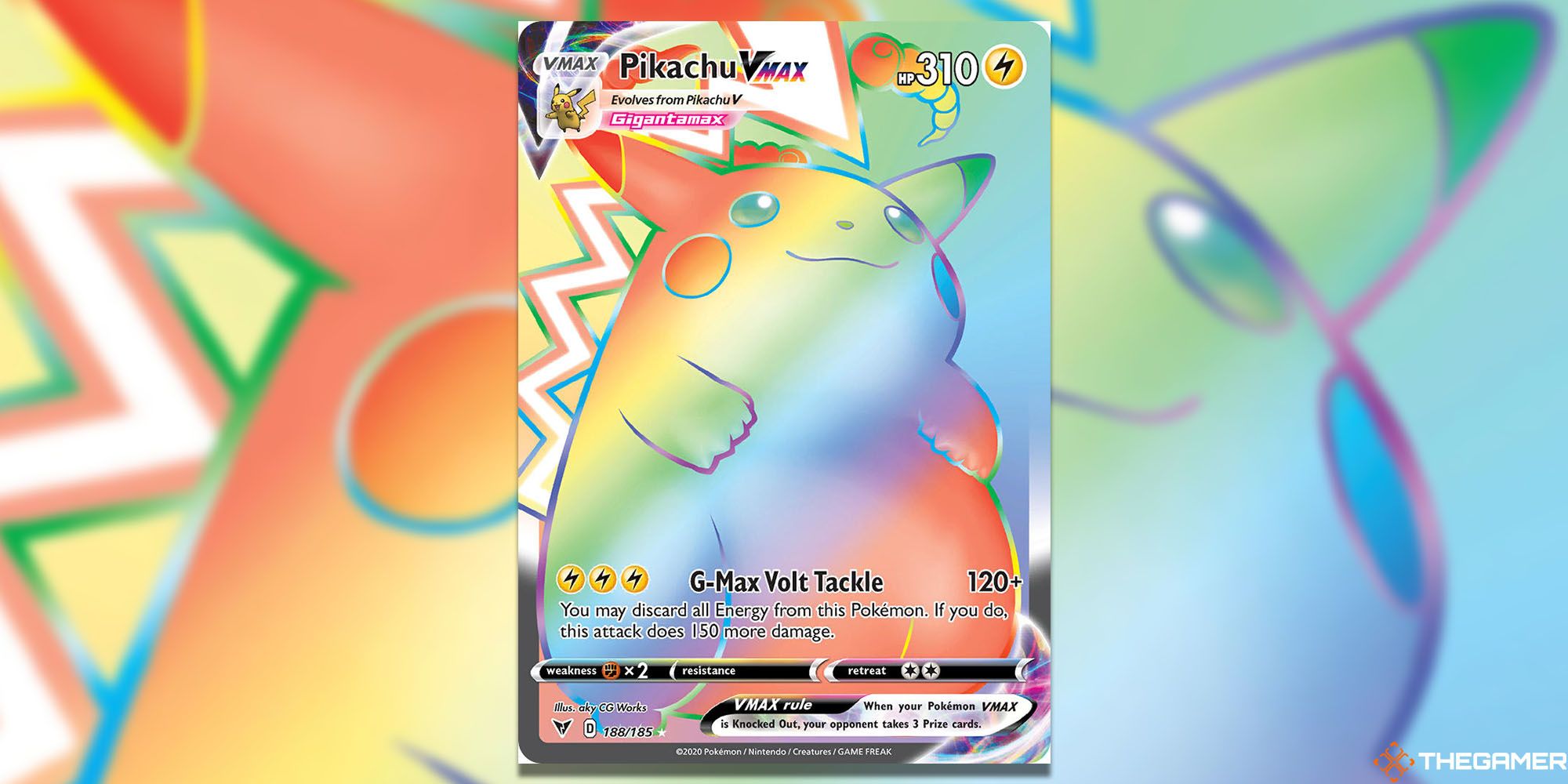 Big chunky Pikachu is one of the best pieces of art that has ever graced a Pokemon card. The fans agree, judging from how in love with this gigantic Pikachu everyone who laid their eyes on it became.

This absolute planet of a Pikachu from Vivid Voltage was a difficult and rare card to pull, and its value does a good job of reflecting that. Pikachu VMAX in its rainbow form is currently worth $143, but you can’t put a price on love and admiration. 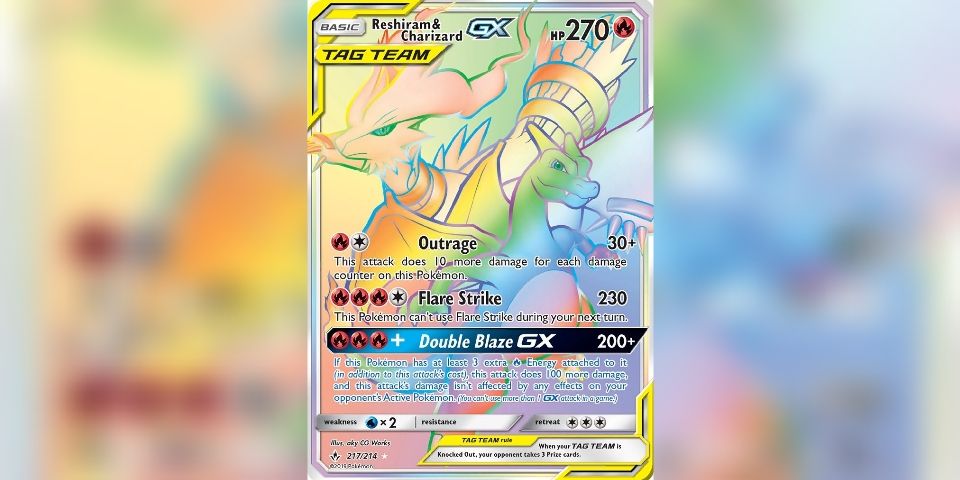 Charizard may not be an actual dragon type, but that doesn’t make a tag team with a Dragon-type any less cool. This double dragon tag team card is tough-looking and one of the most valuable rainbow rares you can come across.

Reshiram & Charizard GX from Unbroken Bonds, in all its shiny rainbow glory, is valued at around $154, and there’s not much wiggle room on that price. You may even find yourself paying more than what the market platforms have it valued at. 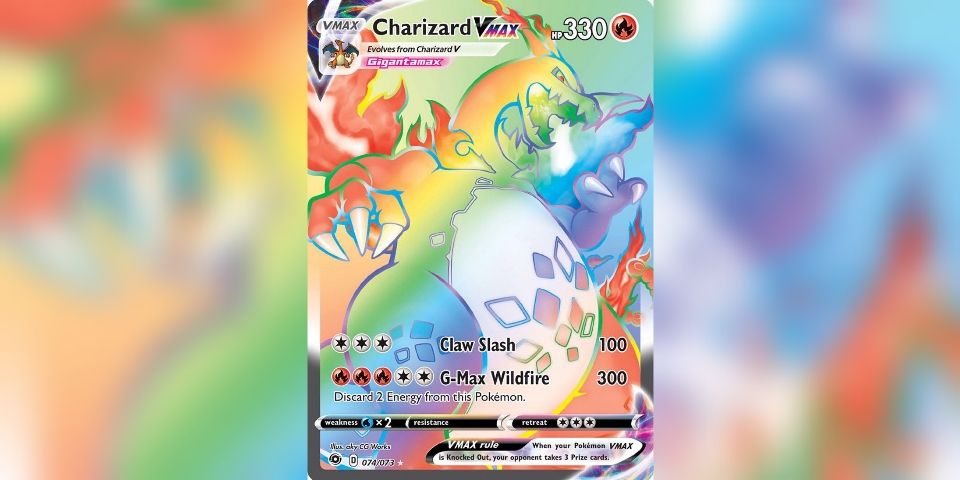 As if Charizard wasn’t threatening enough already, Pokemon has given us an even more formidable fire starter. Now, Charizard comes in an utterly massive size with Charizard VMAX. Charizard is one of the largest Gen One pokemon, and the VMAX form takes its huge size to the next level.

The rainbow rare variety of Charizard VMAX cards from the beloved Champion’s Path has a market value of $186, with some sales tipping over the $200 mark. A lot of people want to get this oversized Charizard into their collection. 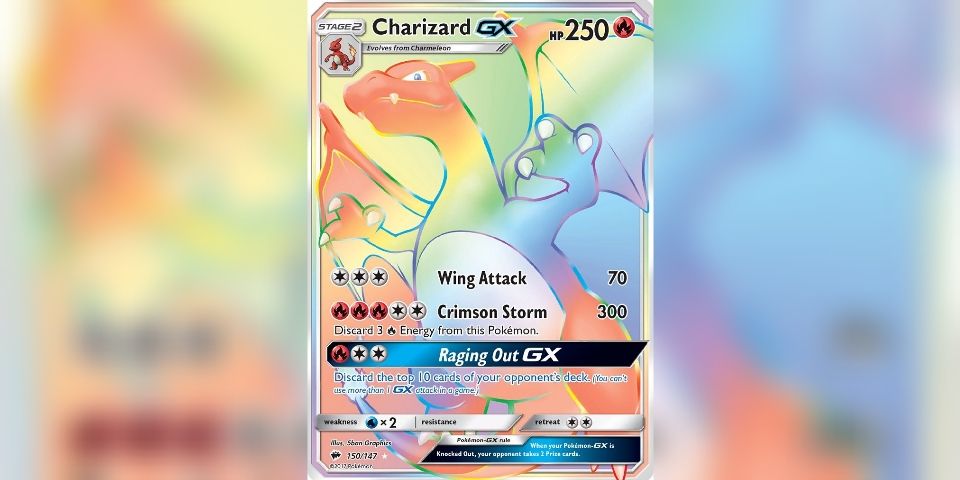 If you’re a veteran of the Pokemon scene, it shouldn’t come as any kind of surprise to find out who the most valuable rainbow rare is. After all, Charizard has been leading the game since the dawn of time. Charizard GX pushes the limits of what you could consider to be an expensive card.

Valued at a whopping $410 on the Pokemon card market, Charizard GX has a staggering price that reiterates just how rare and sought-after this card really is. The card responsible for Burning Shadows being sold in staggering amounts is still at the top of the charts.