Popular Twitch streamer and YouTube creator Imane “Pokimane” Anys released a video that detailed her concerns and frustrations with living in Los Angeles, citing desires to eventually depart from the west coast city. Despite an even-handed approach to evaluating her time in LA, her overall feelings were summarized with the statement, “I feel like I don’t fit in, in LA.”

In the video, uploaded to her second channel “Pokimane Too,” the streamer opened up about her exhaustion from dealing with the superficial, social-media obsessed crowds in LA. She also admitted to a lack of satisfaction with caring too much about appearing perfect online.

A good deal of her reflections revolved around the authenticity of the people she developed relationships with – namely the many “friends of convenience” she has gained from her time so far living in LA.

Although she pondered where she’ll end up living in the long-term, all signs pointed towards her eventual departure from the “influencer-intensive” city. Overall, it seems that Pokimane’s gut instinct is pulling her heart back to Canada (where she recorded the video.)

Nonetheless, she has clearly made some good friends along the way. Not shy about poking fun at her streaming colleagues, she recently stirred up some laughs when playing a game of charades with her chat. Throughout the session, she performed various imitations of Twitch emotes and other streamers.

Simply by puffing out her chest and widening her shoulders, users were able to immediately identify her imitation of Hasan – a fellow streamer who has recently been teased about his “small head.” When he found the imitation, he wasn’t necessarily thrilled. Fans have enjoyed poking fun at Hasan’s physique, even photoshopping random pics of him in an attempt to exaggerate his macho features even further. 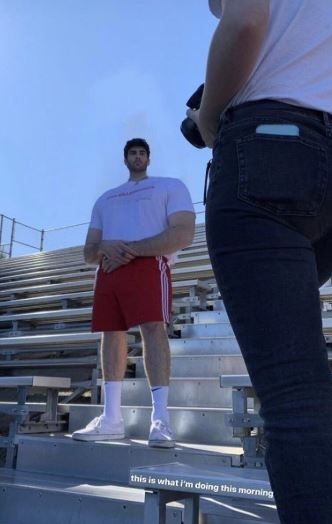 She also used the charades session to tease Mitch Jones’ awkward reputation for peeing in bottles, the clip already gaining around 65,000 views.

Pokimane’s content has always maintained a respectable level of balance; Despite being one of the most successful female content creators of all-time, she doesn’t necessarily specialize too heavily in one thing. Perhaps alongside her indecision regarding location, she has yet to fully decide where she wants the “Pokimane” brand to go.