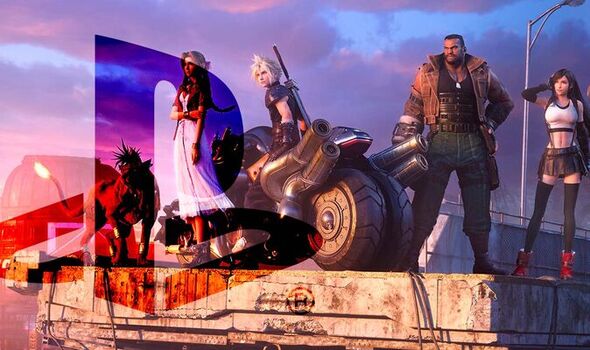 Another big name in the gaming industry has chimed in on rumours surrounding which gaming giant PS5 makers Sony will be acquiring next. At the start of this month rumours began swirling that Square Enix – and not FromSoftware – was the next big acquisition on the cards for PlayStation Studios. It had earlier been claimed that the Elden Ring makers were one of the acquisition targets for the PS5 makers, but attention shifted towards Square Enix when the Japanese dev and publisher announced it was selling off a raft of Western studios and IPs.

At the beginning of May Square Enix revealed Crystal Dynamics, Eidos Montreal, Square Enix Montreal along with 50 IPs – including the beloved Tomb Raider and Deus Ex series – were being sold to the Embracer Group.

But what really caught the attention about this news was the value of this purchase, worth just $300million.

That’s a bargain price for the huge amount of IPs being sold along with the trio of talented studios, especially when you consider the cost of other deals that have hit headlines recently such as Sony’s $3.6billion deal to acquire Bungie or Microsoft’s jaw-dropping acquisition of Activision Blizzard for $68.7billion.

It was speculated that the reason Square Enix were selling these assets off at a bargain price was an effort to make the business more streamlined ahead of an acquisition.

Amid these rumours in-the-know journalist Jeff Grubb said in response: said: “This does leave Square Enix far more streamlined for potential acquisition. No idea if that happens, but it’s more likely today than yesterday.”

And following on from this Grubb went on to add that the big acquisition rumour that was floating around last month, which a number of high-profile industry names hinted at, was Sony acquiring Square Enix.

Grubb said: “OK. I’ve said this a thousand times, but there’s always someone who is hearing it for the first time: We never really hear enough to report on acquisitions with any certainty. Sony acquiring Square was the big rumor. But I CANNOT confirm that. And I continue to not know.”

And now another big name in the gaming industry has spoken on the issue.

This comes after last month Miller teased that he had heard of a “really big” Sony acquision, which set the rumour mill abuzz.

In his recent YouTube appearance Miller also confirmed that the “big” rumour he had alluded to last month was Square Enix acquiring Sony.

Miller said: “When I talked about the three rumours I had heard, and one was an acquisition – this was the one I had heard. I had heard PlayStation was acquiring Square, and I had heard that from multiple different sources.

“So is it happening or is it not? Was it just scuttlebutt? You know how this is, you’re hearing things third, fourth, fifth hand.

“Was it that Square was trying to sell their Western studios and that was the rumour, and Embracer Group was talking to them? There’s a million things so it’s not worth…take everything with a grain of salt. But that is what I had heard, that PlayStation was trying to buy Square and acquire them.”