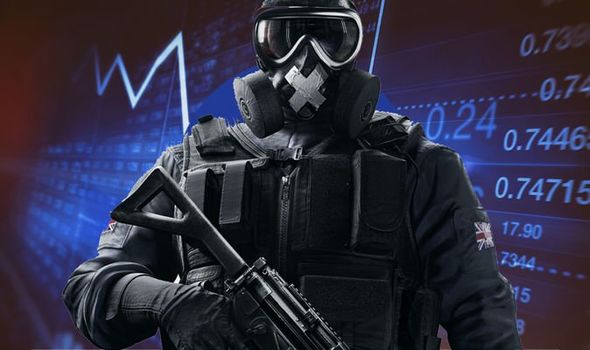 The Rainbow Six Siege server status makes grim reading for fans, who have complained about not being able to access the online shooter.

Fans are currently being greeted with error messages when trying to login and play online.

The outage tracker monitors social mentions around certain topics to detect when services go down across the world.

The Down Detector outage map shows that the issues are affecting users in the UK and Europe, as well as the US.

According to Ubisoft, the team is working on a fix for the connectivity issues.

“We’re aware of the issues affecting connectivity, and are working towards resolving this ASAP,” reads an Ubisoft post.

While the problems mainly seem to be affecting PC users, console players are also experiencing issues.

Needless to say, Rainbow Six Siege fans have been venting their frustrations on Twitter.

“I’m having connecting issues for rainbow six siege, your articles don’t even work for fixing, I’m in a never ending loop of connecting to server and it won’t let me in, it used to work fine but after this new update it won’t even work,” reads a tweet.

“Can’t go online on Rainbow Six Siege. I’m logged in through Ubisoft connect, starting it through Steam but it won’t go online only come into the offline mode of it.”

As one fan points out, the downtime comes just hours after the release of a new update.

Needless to say, the update makes dozens of changes on all platforms, and introduces a new operator named Croatia.

“Croatia who brings expertise to Nighthaven with her quick wits and unapologetic enthusiasm for ’60s sci-fi movies,” reads an Ubisoft post.

“This season is packed with a plethora of updates including changes to Operator armor and DBNO scoring as well as balancing for Twitch, IQ, Mute, and Fuze.