Electronics giant Razer is supporting PC gamers when it comes to one of this year’s most anticipated titles. The company has released a Cyberpunk 2077 edition of its Viper Ultimate wireless mouse, and it certainly delivers on the cyber-aesthetic front.

Its design stays true to the game’s palette, showcasing a yellow body with turquoise notes in the wheel and Razer logo. Black highlights the device’s curves and adds overall definition; circuit lines within the clickers to give it that robotic aesthetic previously seen in protagonist V’s face. The right clicker has a barcode stamped into it and two yellow buttons on either side are present to balance the design.

Related: Nothing Says Cyberpunk Like These Official Adidas Branded Sneakers

The wireless mouse comes with its corresponding charging dock that, again, features a body of yellow. The dock also has the Razer logo imprinted, and the turquoise border will illuminate – along with the mouse – when charging. The illumination feature alone makes this Cyberpunk 2077 edition the showstopper of the Viper Ultimate line. All it needs is a light flicker here and there and it would look like a piece straight out of Night City. 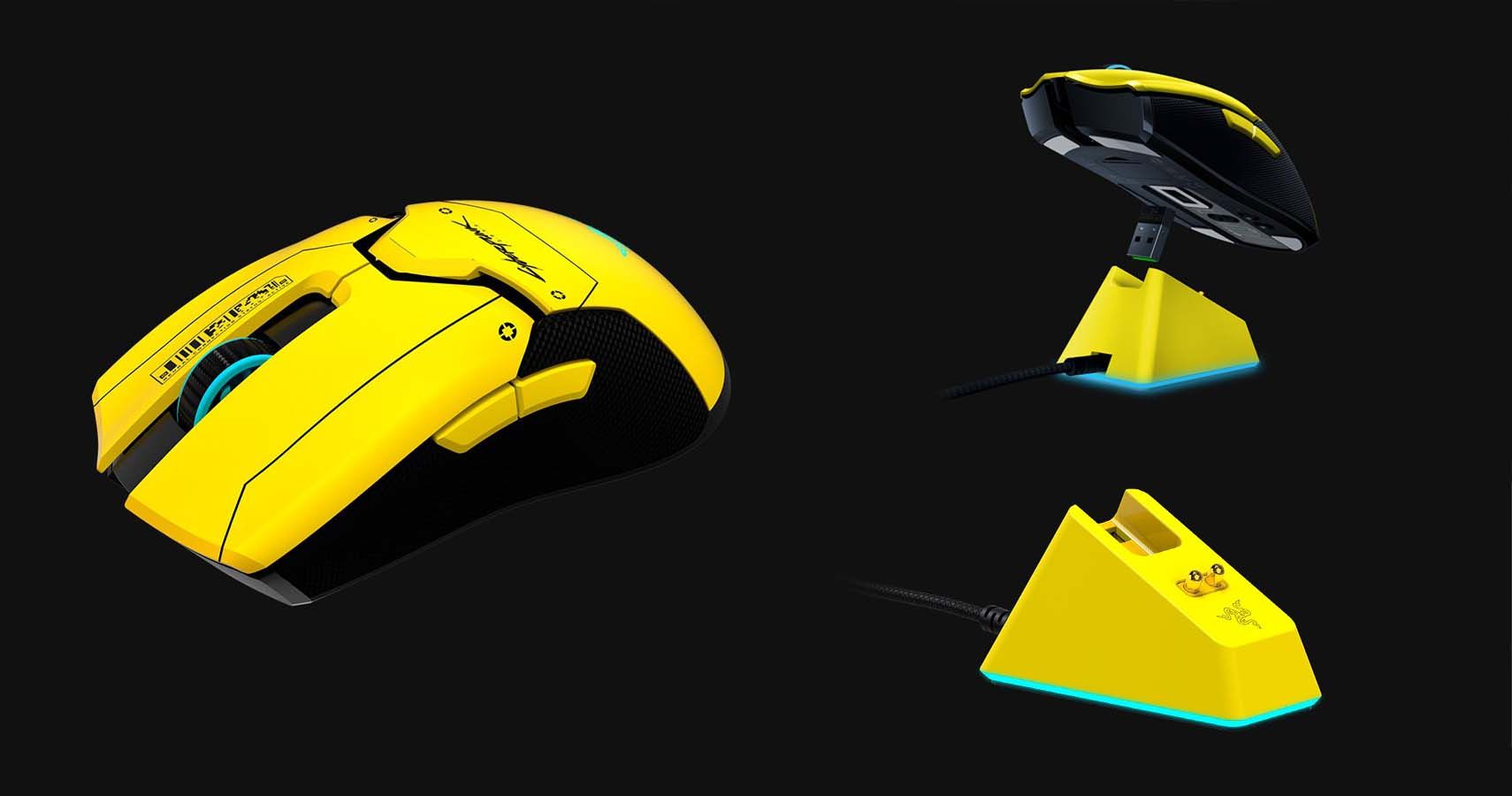 The ambidextrous gaming mouse carries a HyperSpeed wireless connection – supposedly 25% faster than any other wireless technology out there – and has 70 hours of use when fully charged. Its Focus+ Optical Sensor carries intelligent functions that heightens the sensor’s precision to support lethal, in-game headshots. The Viper Ultimate has 5-on-board memory profiles and 8 programmable buttons. It carries a little more weight than its Viper and Viper Mini variants, though not enough to hinder smooth mouse movement.

Also available in Classic Black, Quartz Pink and Mercury White, the Cyberpunk edition retails at $159.99, only 10 Eddies more than its other classic colors. Cyberpunk fans have criticized the price – mentioning that no mouse is worth that much money – but there are some hardcore fans who have defended Razer’s functionality benefits.

The Cyberpunk 2077 edition currently has an “Out of Stock” label next to the product on Razer’s website. However, this is due to the fact that it won’t launch until next month to coincide with the game’s release. Ensure you’re signed up for their email notifications if you want to have a chance at securing one upon release.