Legendary bucks are a rare sight in Red Dead Online. While more common species of deer and buck roam more expansive stretches across the American West, Snow Bucks and the boldly patterned Mud Runner Bucks keep to exclusive habitats. Not only do they keep to closely-knit stomping grounds, but they also seem to be highly particular about when they choose to appear. When hunting such elusive beasts, mapping out your hunt is a necessity. But don't worry, partner, that's why we're here to lend you a hand.

Legendary Bucks can fetch a pretty penny with traders for their immaculate hides. By doing your dealings with Gus Macmillan, you can get yourself a couple of unique outfits as he'll take perfect pelts and turn them into Snow or Mud Runner Hood and Coat sets respectively. You can also salvage Legendary Antlers from these illustrious beasts. So now that you know what you're looking for, here are the Legendary Snow Buck and Legendary Mud Runner Buck locations in RDO. 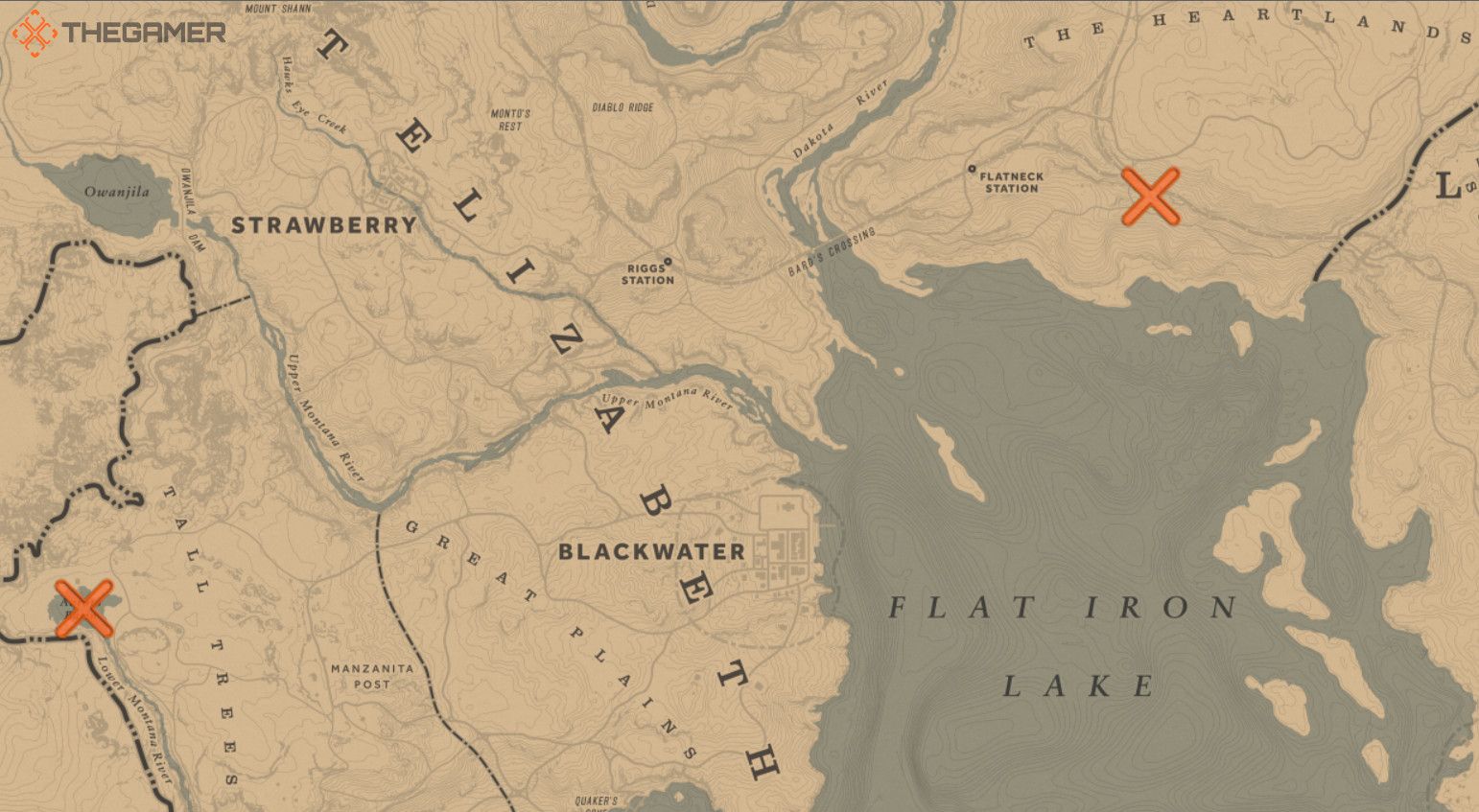 As the name suggests, Legendary Snow Bucks are aptly titled for their snow-white fur, though they're not found up in Ambarino like many other snow-colored legendary variants. Snow Bucks keep to the Tall Trees region of West Elizabeth. They're partial to the eastern half of the Aurora Basin, though they roam the land between the watering hole and the Manzanita Outpost.

As mentioned before, legendary bucks are more particular about their periods of activity. For instance, the Legendary Snow Buck has only been seen around the hours of 5:00 and 10:00 am on clear dry mornings.

The Legendary Snow Buck is also known for its keen senses and is highly sensitive to human presence. At the very first sign of danger, they will high-tail it out of the area. Hence, it is imperative to remain patient, approaching as quietly as possible and only getting so close as to land a clean shot from a long-range precision weapon or swiftly fire a couple of arrows.

The Legendary Mud Runner buck sports a vibrant piebald pattern of white and bay fur, making for a breathtaking sight when one finally spots them across the plains of The Heartlands in New Hanover.

Mud Runners have been spotted roaming between Flatneck Station and the Lemoyne border, along the north of Flat Iron Lake. Following either the path leading between the train tracks and the lake or the northern trail that branches upstate should yield your best results.

These confident bucks will often choose to face a threat head-on rather than flee danger when the Snow Buck wouldn't think twice. This means you'd better be prepared for them to run you down if your first shot doesn't land.

You're most likely to spot the Legendary Mud Runner Buck towards the start and end of each day; 9:00 seems to be their golden hour, but they don't tolerate the rain, preferring clear weather and dry footing.