After several years in Early Access, Re:Legend has evolved into its full release. If you're new to the game, getting used to its unique mix of Pokemon-like monster collection and Harvest Moon-inspired farming and social interaction is a tall order. It expects you to manage crops, farm fish, and keep your growing selection of pets (that the game calls Magnus) happy and evolving.

There's a lot to do and not nearly enough time or energy to do it so if you're struggling to make your Magnus love you and have enough cash to keep the ball rolling, these tips will smooth things out for you!

Use Your Magnus As Often As Possible 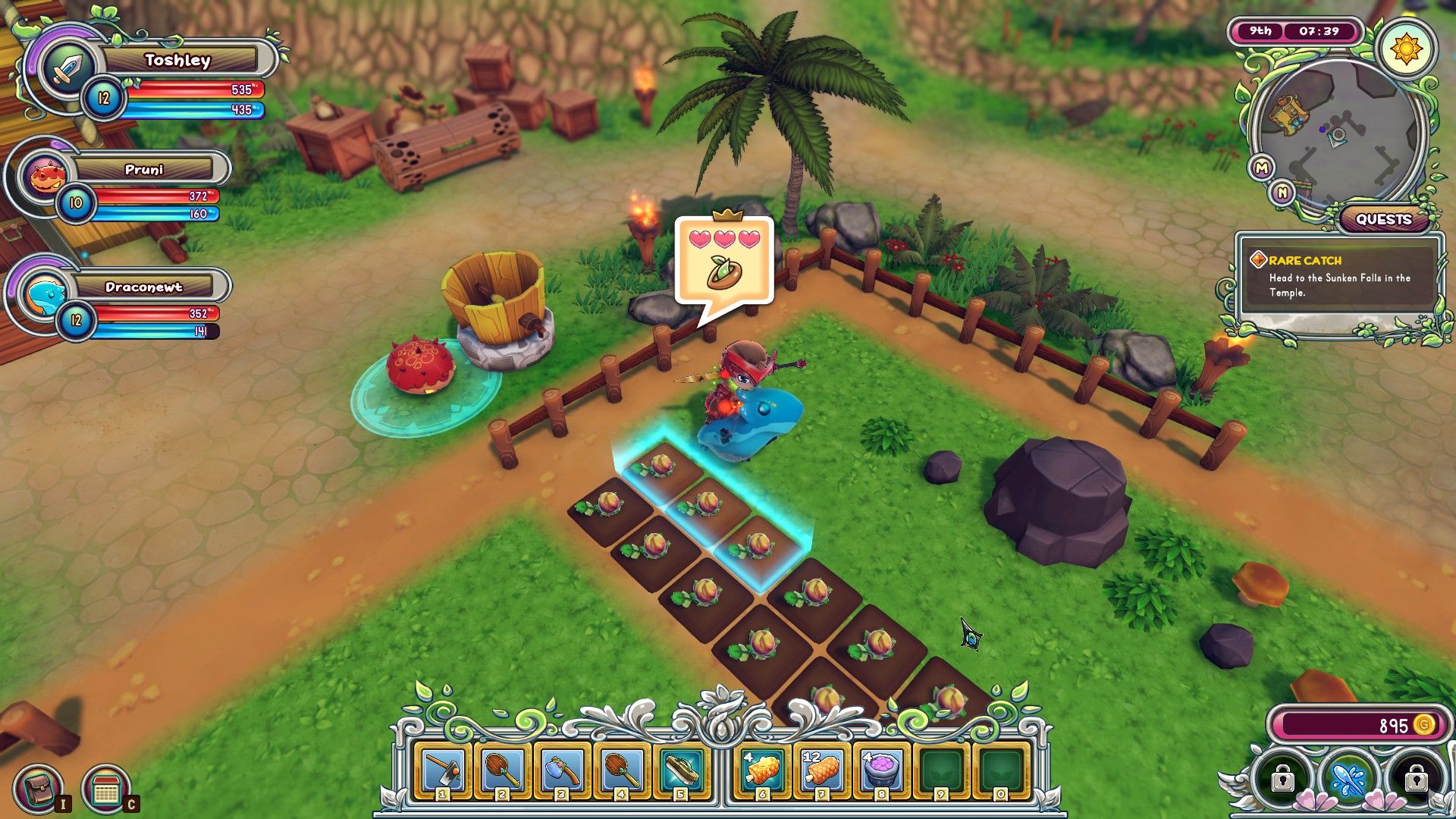 Without SP, you can't do anything. You can't water your plants, mine ore, fish, or even sprint through the game's expansive world. Choosing when and how you spend it is something that you need to decide at the start of each day. This decision gets much easier when you realize that you can just use your Magnus to do your tasks instead. It will consume their SP instead of yours and, in some cases, might even be better for them to do it.

For example, the Draconewt that you get early on can water your plants for you in a 3×1 pattern, much wider than your watering can. Other Magnus can help in other ways such as mining rocks and logging trees, helping you with gathering resources without expending stamina. You can also ride them to travel through the world without consuming your SP. If there is a way to make your Magnus do something on your behalf, there's every reason to make them do it. You do feed and house them after all. 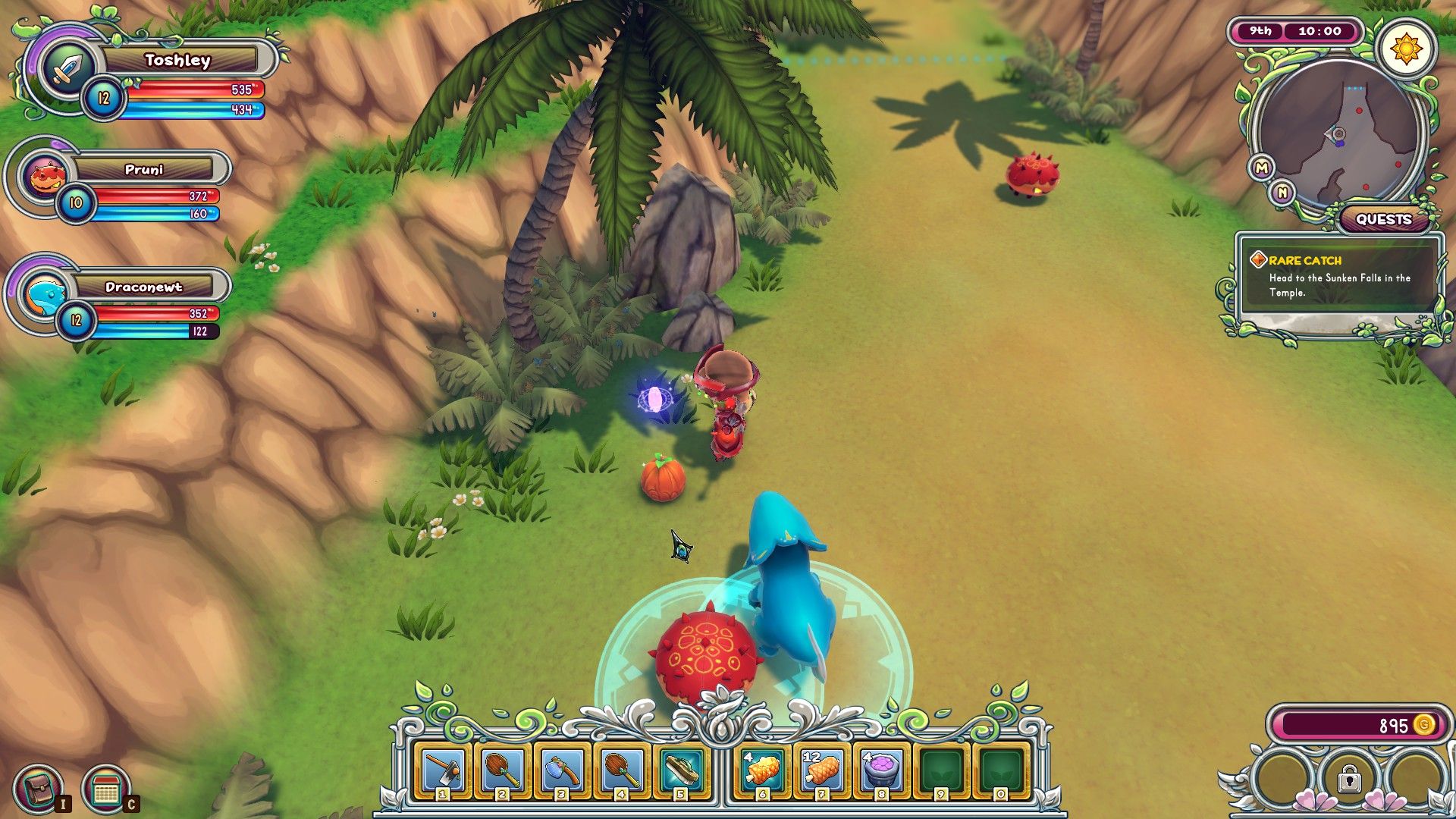 With SP management being essential early in the game, having methods of replenishing it makes things much easier. Though you could cook fish to restore your SP, Cocomelons offer a readily-available and less SP-intensive alternative. These wild fruit can be found throughout Vokka Coast and restore a modest 10% of your stamina. With so many available, eating them whenever necessary is not a bad idea.

You need to be careful when eating Cocomelons as they lower both defense and magic defense by 25%. 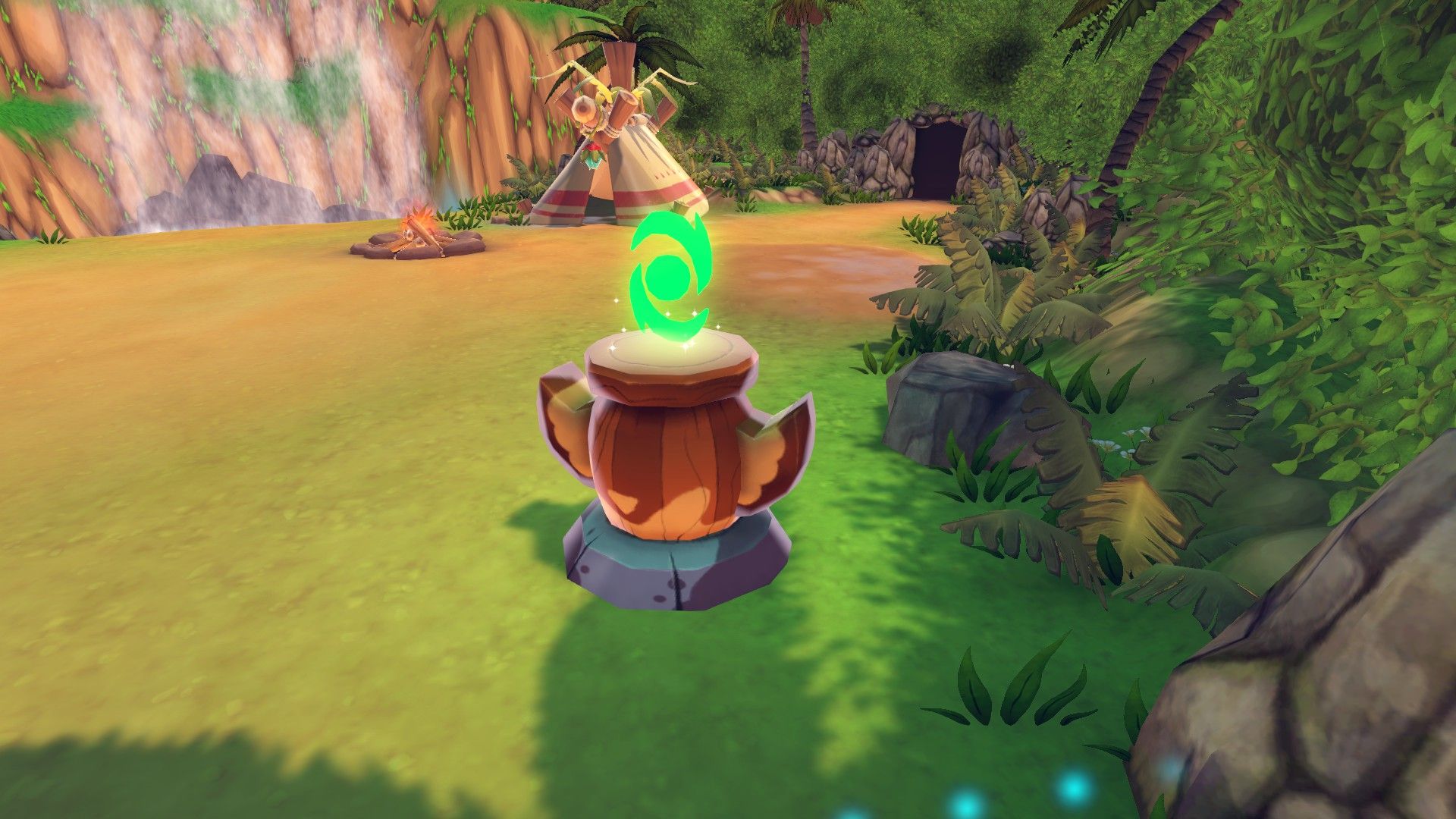 Hoofing it about the world on foot or on the back of your Magnus does get old fast. Running through the same areas will take up much of your valuable time, especially because your SP will rapidly deplete if you stay up late. Unlocking teleportation will save you time both in the real world and in the game.

It's unlocked as a reward for defeating the boss at the end of Sunken Temple, which happens to be the first major fight of the game. You can't do it immediately as getting strong enough to do so takes a lot of effort and will need you to progress through the story. Still, it's well worth doing for the sake of convenience.

Level All Of Your Skills 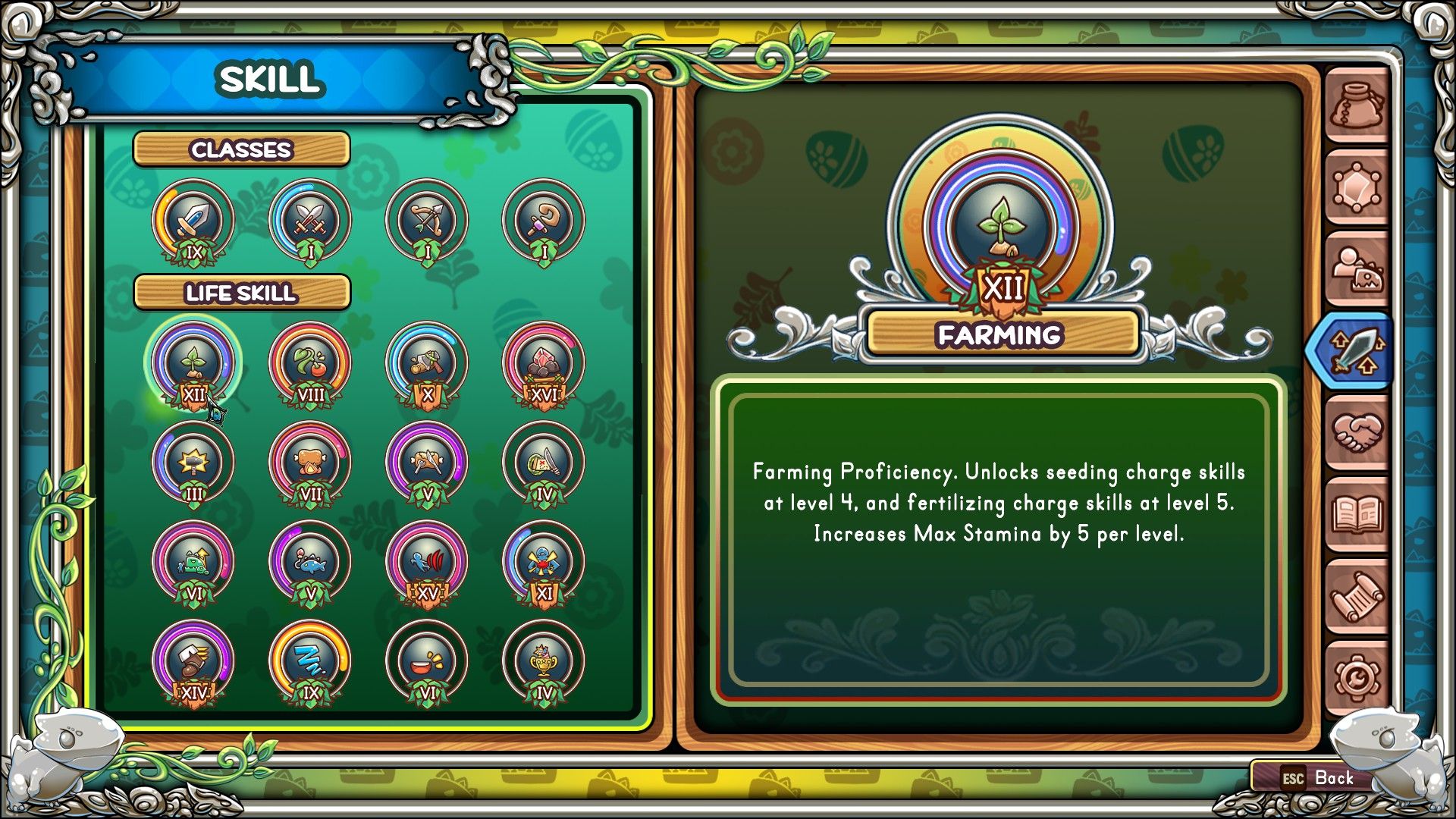 There are four classes, one for each weapon type, and a staggering 16 Lifeskills. These measure how proficient you are at the usual tasks like Farming, Fishing, and Crafting but also include Eating, Sleeping, and Running. You will improve all of your Lifeskills as you play the game simply because many of them are things that you would normally do, though some can be left behind if you're not paying attention.

Making sure to level all of them can be tedious but will grant you more SP. Gathering Lifeskills also award proficiency when improved. Having to greet your neighbors might be an unwelcome distraction from your Magnus, but it'll be worth it after you get more SP for your troubles. It'll also get you to experience all the game has to offer.

Get Plenty Of XP 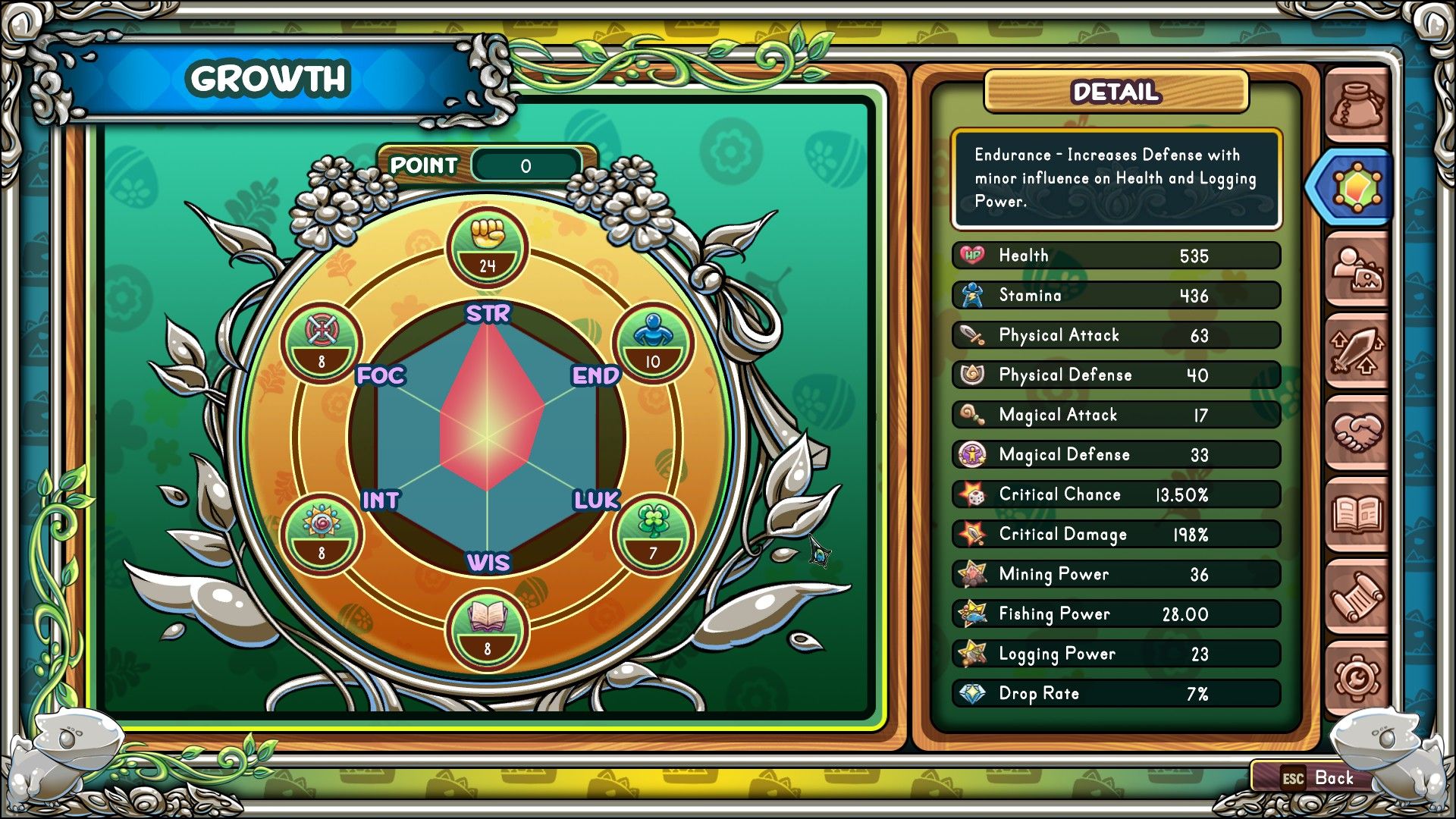 Your Skills are just one part of the progression puzzle. Another is XP itself. Leveling up will get you to allocate points for Growth and your six main attributes which affect everything from your HP to your damage. Your Magnus benefit as well. They will grow in HP, SP, and stats, basically anything they need to be more useful. It's also important to note that Magnus need to reach level thresholds to evolve and unlock new features.

While killing enemies is a tried-and-true method of earning more XP, taking on quests at the Guild House is another alternative. It comes with the added bonus of money and other rewards which are especially useful at the start of the game.

Grow Crops As Often As Possible 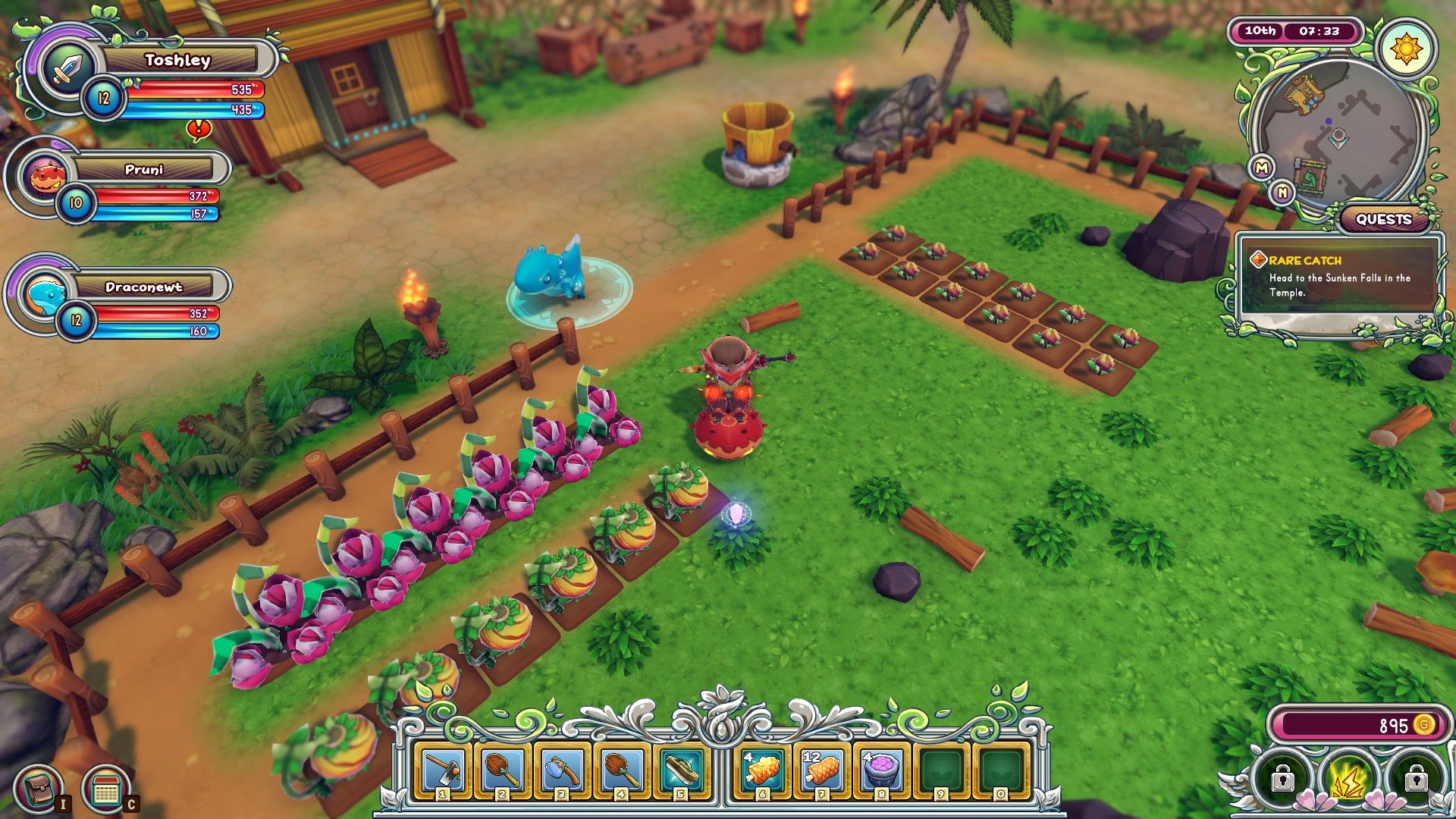 This might seem really obvious but growing crops is more useful than just generating money. Though it does excel at making cash, they're great for eating as well. The vast majority of cooking recipes need more than just meat; they need seasonal fruits and vegetables from your farm, too. Without growing enough crops, it would exceedingly difficult to cook the most potent stat-boosting and restoring food.

Magnus eat, too. While some are happy to munch on rocks and ore, most of them have finer palettes that demand the freshest produce. You'll need to be aware of their preferences when taming them and especially when evolving them. Magnus are often satisfied with crops in general, but their stringent evolution requirements often include specific crops.

Grow Aquatic Crops From The Start 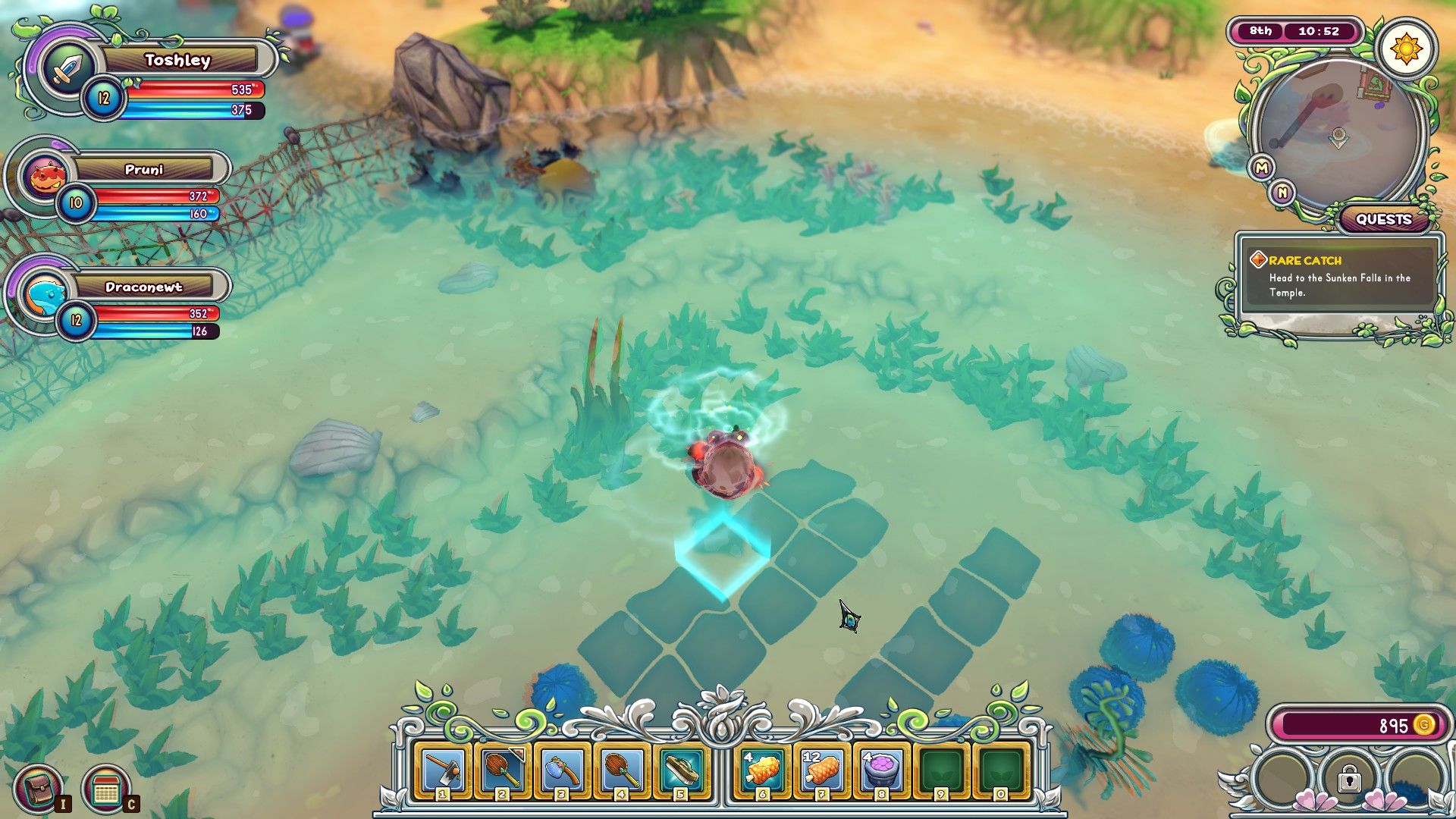 It can be confusing to read that you can grow Aqua Crops before the game gives you the tutorial for the mechanic. Growing them prior to the tutorial can save you some time as many Magnus at Vokka Coast enjoy these crops. You just need to buy a shovel from Emilia at the General Store and prepare your plots in your southwestern pond. While they obviously don't need to be watered, you'll still need to take care of them by shooing away hungry fish every day. Leave it too long and they'll wither away.