Frustrating bosses are a huge part of souls-like games. Remnant: From The Ashes starts off strong, setting itself apart from others, and then you meet the first boss and it reminds you of its roots.

True enough to his name, Gorefist will add unwanted orifices to your character’s body as it skewers, slices, and stabs your poor Remnant avatar in a cramped arena that’s too small for comfort.

To that end, the Gorefist fight is similar to the Capra Demon in Dark Souls where you are blindsided by the intimidating boss in a relatively small space. His being the first boss in Remnant doesn’t help matters. Many end up quitting trying to fight him solo. If you’re near that breaking point, we’ll give you some tactics to try before you hit that uninstall button. It’s not the only way to defeat Gorefist. 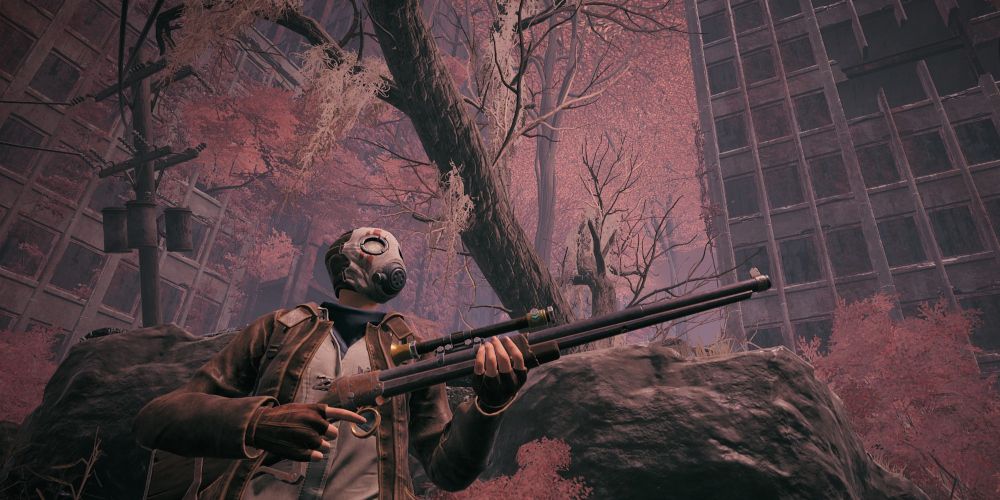 If you’re intent on committing to melee combat because “Dark Souls with guns” is a little janky at first, then it’s time to get out of your comfort zone. Gorefist is an arrogance check and he’s built to withstand melee attacks.

He has a certain health threshold whereupon he’ll activate a buff that gives him 200 percent melee damage resistance. It’s also tougher to reliably hit his weak spots with melee weapons so save yourself the trouble and put some distance between you and him. In short, use the guns, preferably the SMG.

9 Focus On Surviving Instead Of Damage 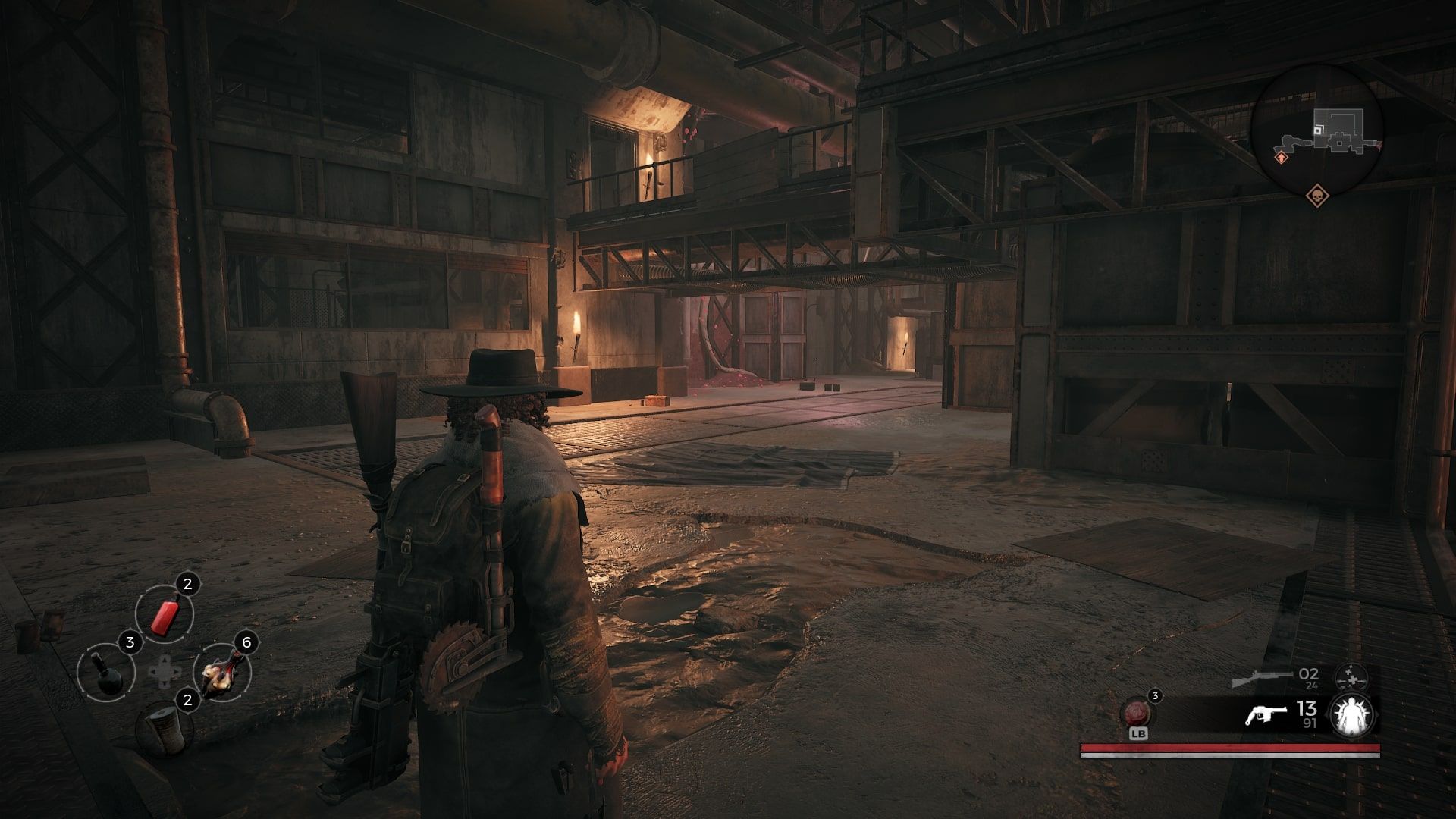 Even with guns, don’t expect the fight to be a breeze. Gorefist has tons of health and artificial difficulty where his attacks can kill in as little as two or three strikes. As such, it’s wiser to focus on surviving the fight instead of trying to whittle down his health bar as fast as you can.

It’s an endurance battle — one that punishes you for being too greedy with consecutive attacks. Fire at him only when there’s an opportunity, such as after avoiding his swings or during his power-ups. You’ll make fewer mistakes that way.

8 Dodge Right (Into His Left Side) When He Charges 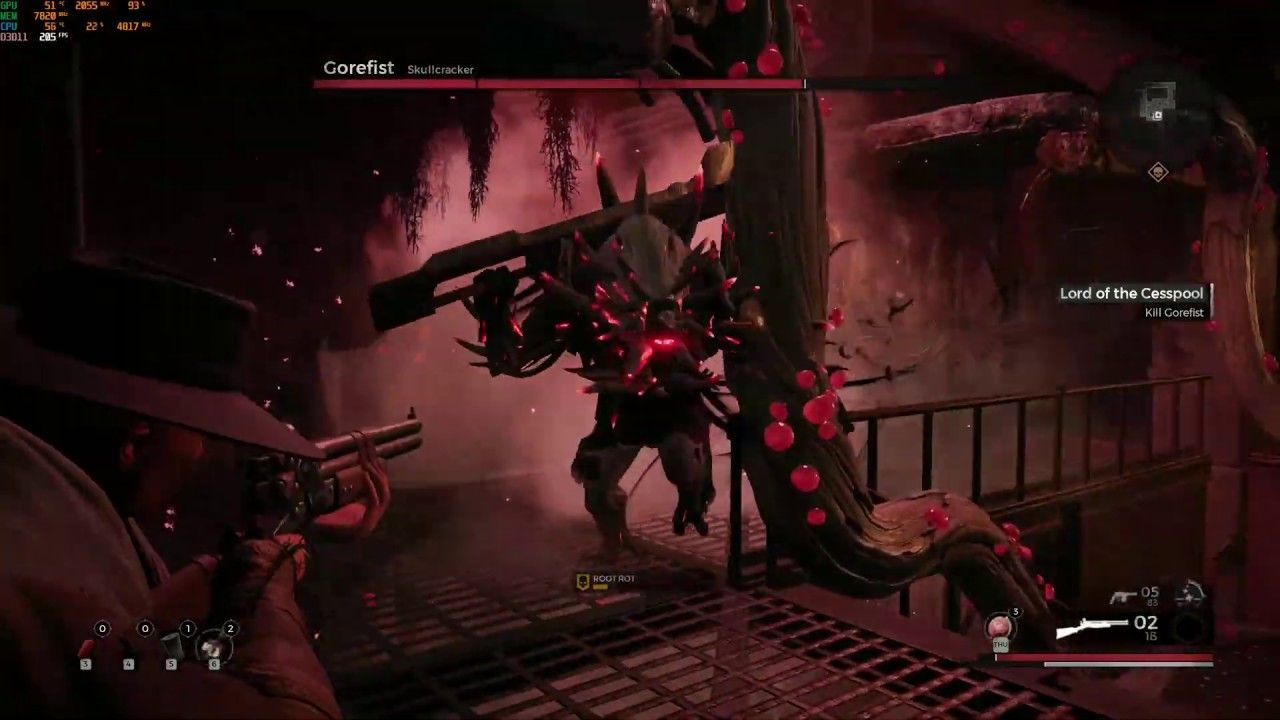 We did mention putting a good distance between yourself and Gorefist but there’s an exception to this. He often does a charge attack that closes the gap quickly and you’ll end up wasting stamina or timing a dodge poorly if you run away from it.

Instead, take the bull by the horns and roll into his attack. He’s right-handed anyway so rolling into his left which is the right side of your character (away from the blade) grants you a better chance of avoiding the swing. 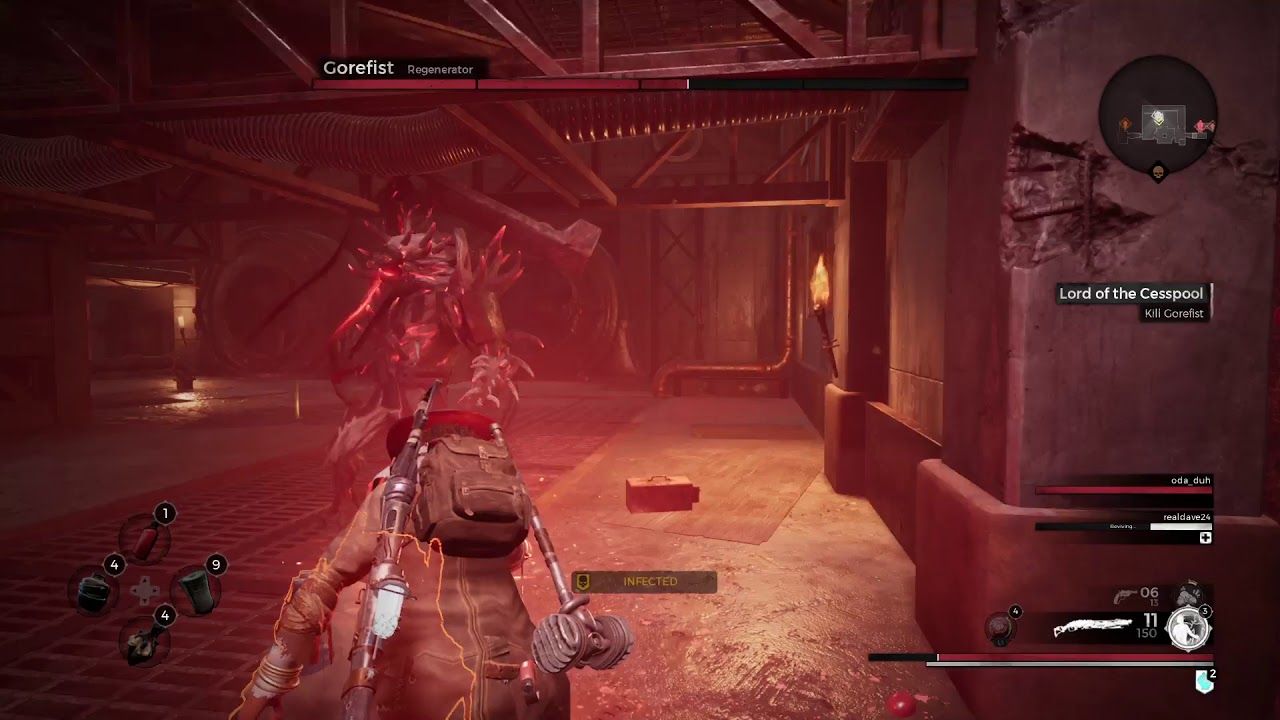 Here’s a neat little trick that also works for general gameplay and other bosses, not just Gorefist. Dodge-rolling in Remnant: From The Ashes actually doesn’t conflict with the reload animation. That means you can reload during a dodge.

This is an awesome tactic for being bold with your dodge-rolls, especially if your preferred weapon is the shotgun. It’s also great for trying to hit some of Gorefist’s weak points which he tends to expose frequently after some swings.

6 Be Aware That His Sword Swings Can Go Through Objects 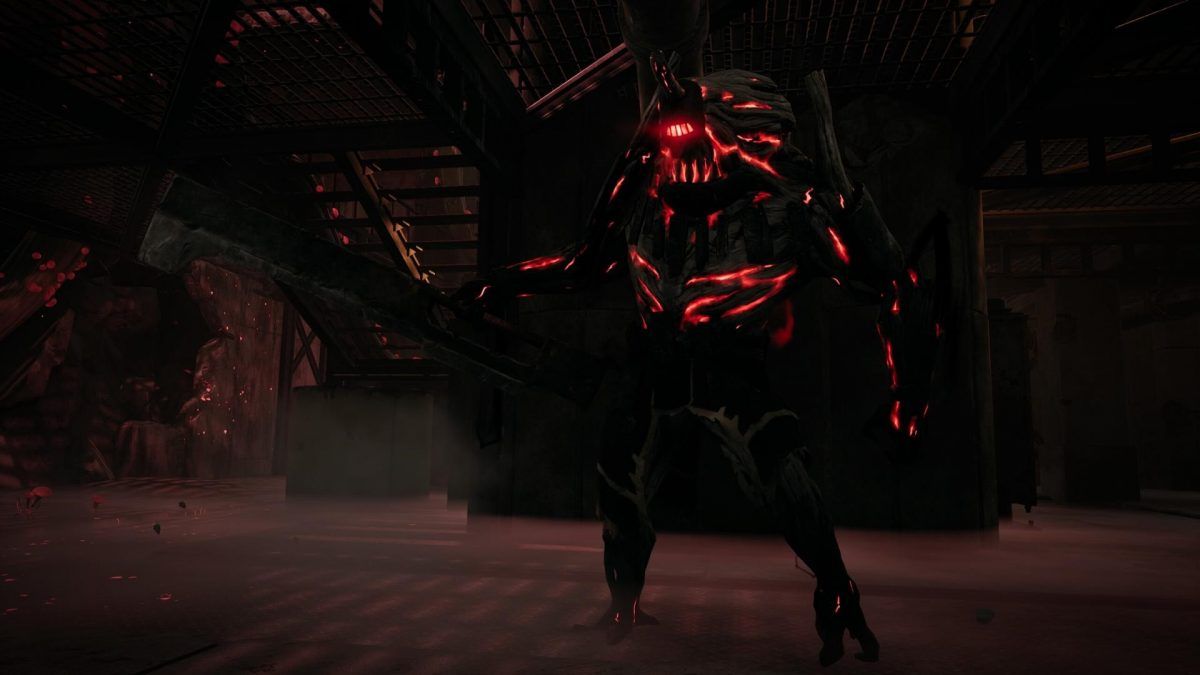 Here’s your proof that Gorefist might have been plucked out of a Dark Souls boss roster, his sword goes through indestructible objects in the arena. So you can forget about trying to circle-kite him around a pillar or a wall. He’ll still hit you.

Trying to hide from a cover in order to avoid his attacks also won’t work as the sword will also clip through the object. Simply run away from him and stop relying on cover mechanics too much. 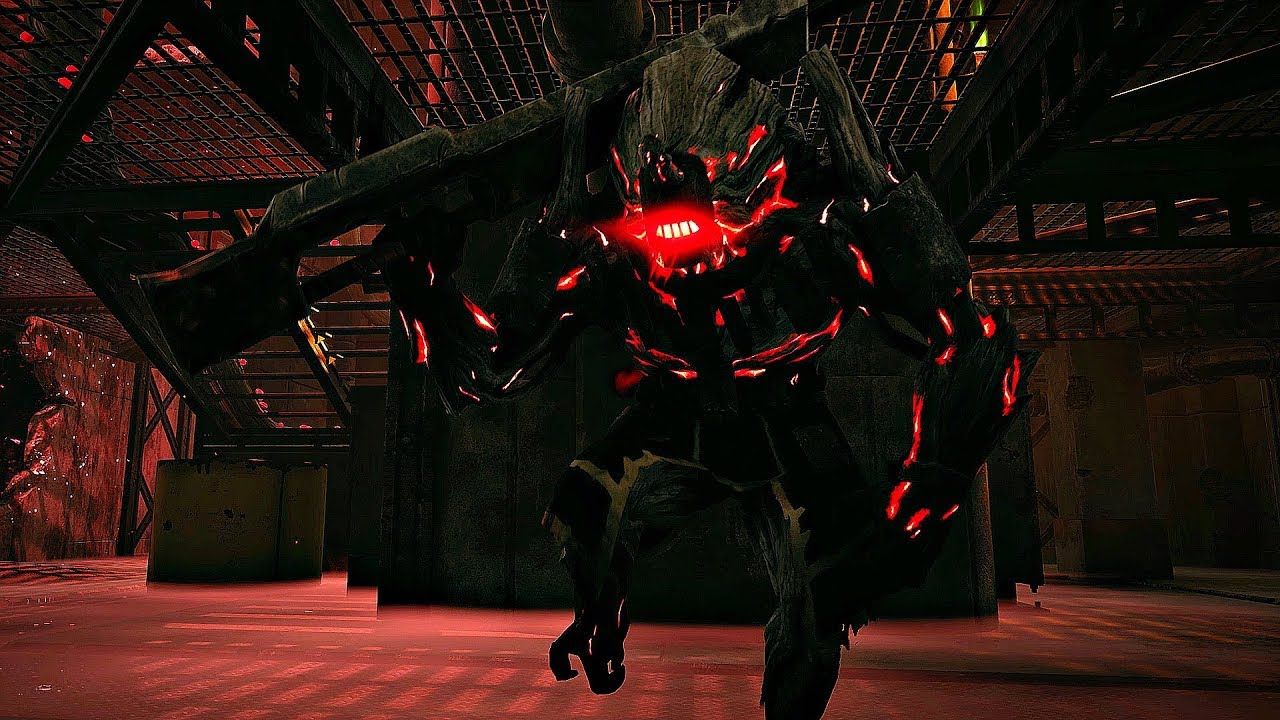 One reliable way to cheese the fight or squeeze in some easy attacks is by running up the stairs on the second floor, waiting for Gorefist to catch up, looking for a nearby railing, and then vaulting down, leaving him upstairs.

Gorefist will then also vault from the said railings but he will do so in a slow animation which is in stark contrast to his fast charge on even footing. During his vault animation, you can shoot him to your heart’s content until he gets down. Rinse and repeat.

4 Prioritize Taking Out The Rot Warts 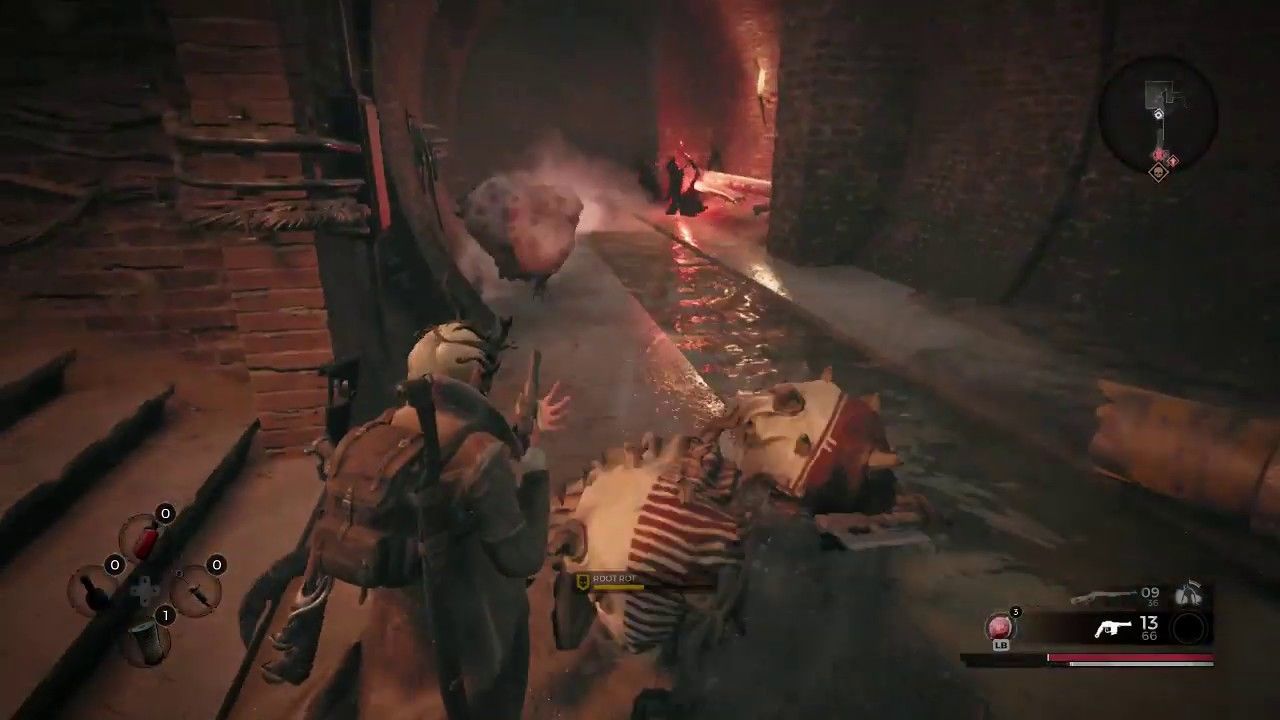 The general consensus for the Gorefist boss fight is that it’s would have been an easy and straightforward battle if not for the Rot Warts. They’re the wretched bipedal jellyfish that perform kamikaze charges at you and deal big explosion damage.

Apart from that, they also leave behind poison clouds that deal big damage when you linger. Once you’re used to kiting Gorefist, the Rot Warts pose more of a threat. So taking them out first before they cause a chain explosion leading to your death is mandatory. If given the choice between Rot Wars and Gorefist’s weak spot, always choose the former.

3 Work On Your Mobility 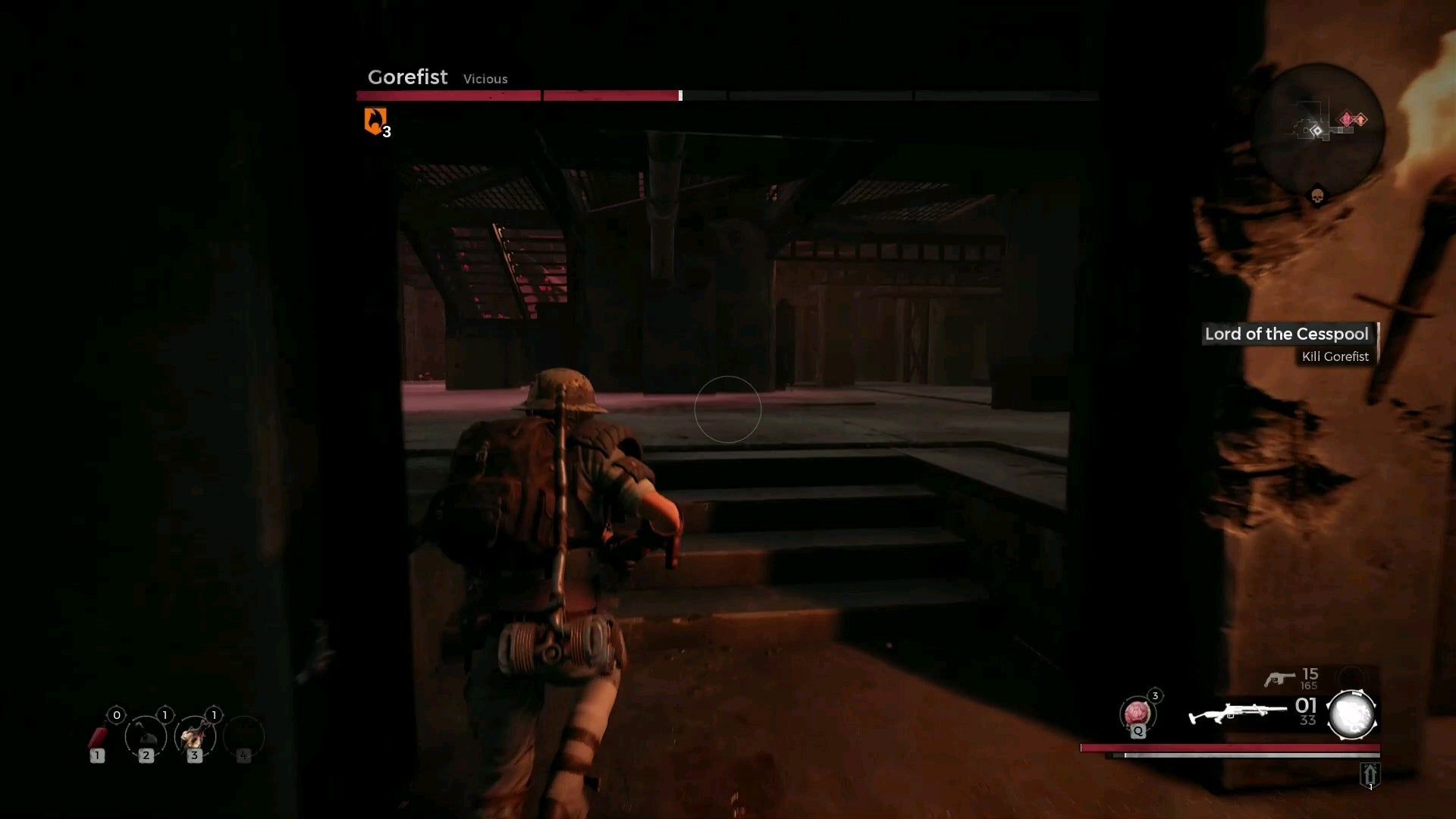 What does initially make the Gorefist boss fight extra difficult is how, as a ranged player, you’re probably used to taking cover and statically trading potshots against the Earth enemies. When fighting Gorefist, you’ll have to unlearn that static shooting.

Learning to interrupt your own shots in order to run or dodge is the key to enduring Gorefist in a fight. Moreover, learning to walk backwards while shooting is highly beneficial in the face of prevalent Rot Warts beelining toward you.

2 Use The Hunter’s Mark Mod 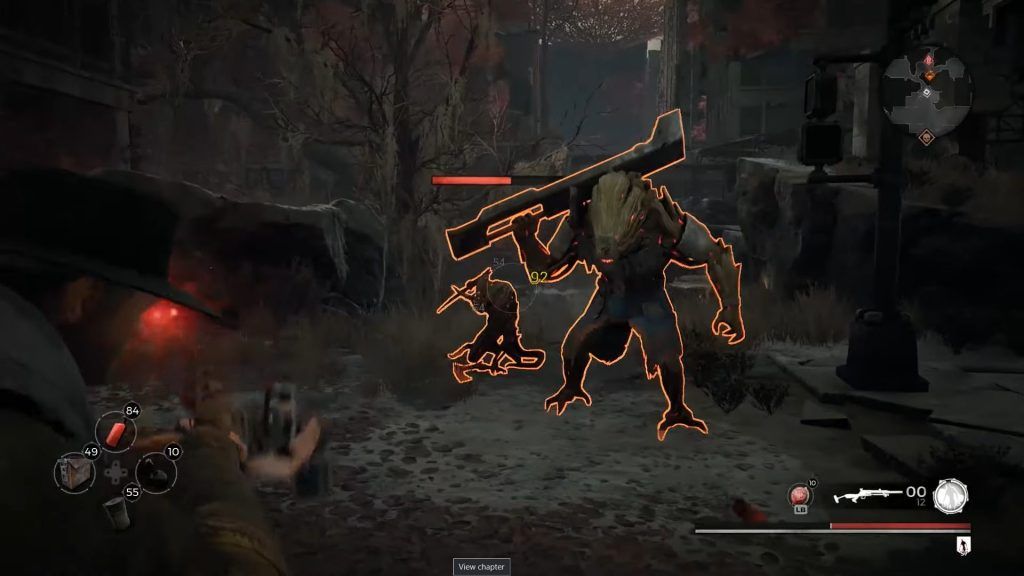 Speaking of Rot Warts, you’ll want a quicker and easier way to deal with them since they tend to appear out of nowhere or suddenly around corners. Thankfully, the Hunter’s Mark mod lets you see their approach.

Once it’s fully charged, you can use it to mark all the incoming enemies even if they’re hiding behind walls. You’ll also deal higher damage to them, making them the perfect countermeasures for Rot Warts looking to jump you. 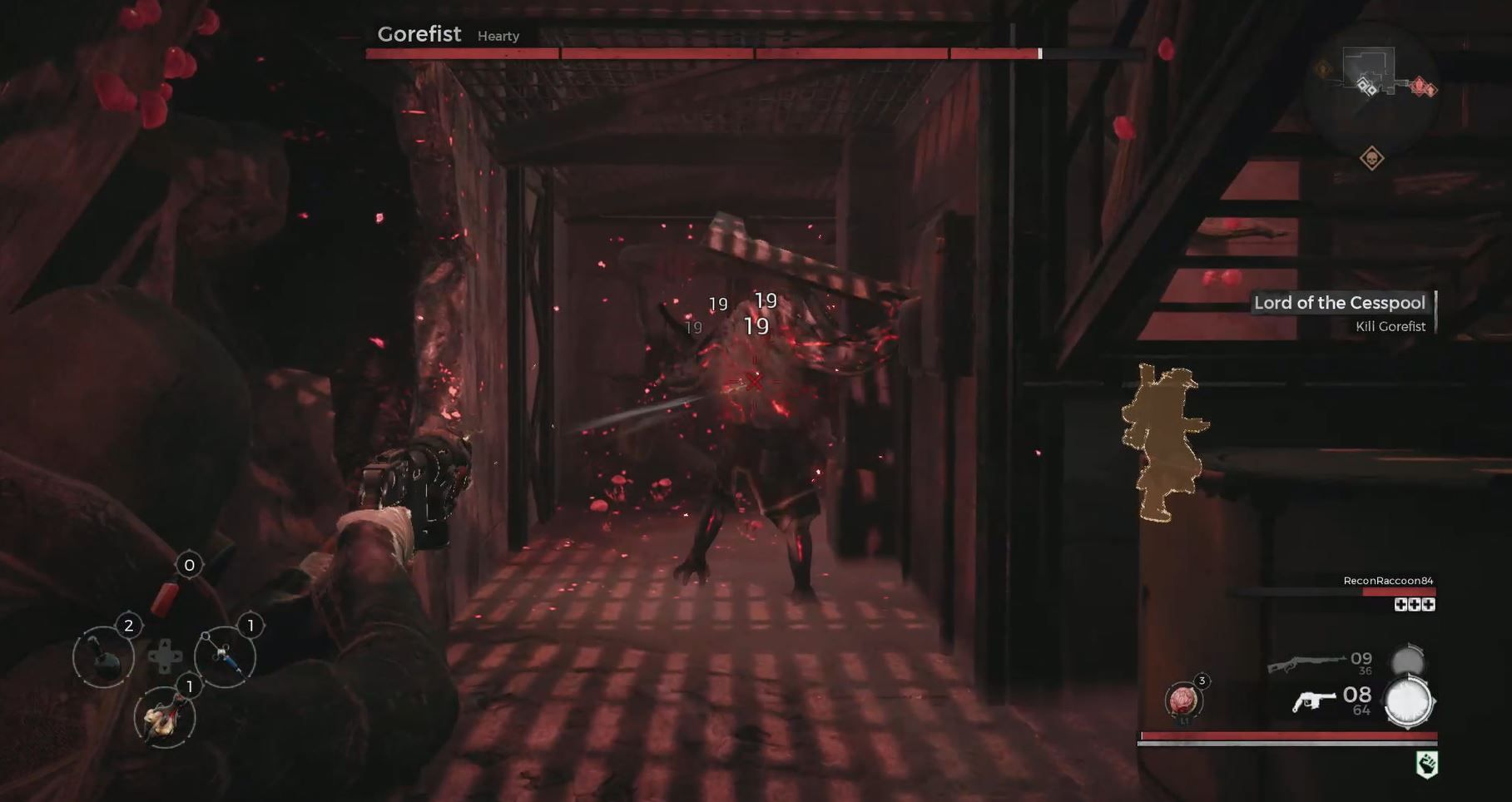 On a final note, one last thing you can do to make the Gorefist fight easier is to take the battle upstairs. On the second floor of the arena, there’s a long corridor; this is the best place to fight Gorefist without much of a problem. You can just keep circling back to the other end of the corridor whenever he gets close.

The said corridor is also an advantageous spot as it means the Rot Warts will only be coming from two directions: either ends of the corridor, so they’re easier to shoot. All that’s left is to trade punches with Gorefist, by bringing a gun to a fistfight.