Hear from CIOs, CTOs, and other C-level and senior execs on data and AI strategies at the Future of Work Summit this January 12, 2022. Learn more

According to a new report by Unisys, 61% of hybrid and remote workers feel primarily responsible for maintaining their digital security, yet only 21% are aware of sophisticated online threats.

It is unlikely that the office-based norm of the pre-pandemic world will return: more than four out of five (83%) employers now say the shift to remote work has been successful for their company, and more than half of employees (55%) would prefer to be remote at least one to three times a week once pandemic concerns recede.

However, internet security concerns have risen in every country. Despite high levels of overall concern, the report found that a lack of awareness around basic cybersecurity risks and threats is causing hybrid and remote employees to unknowingly undertake risky behavior — putting their employers in jeopardy in the process. 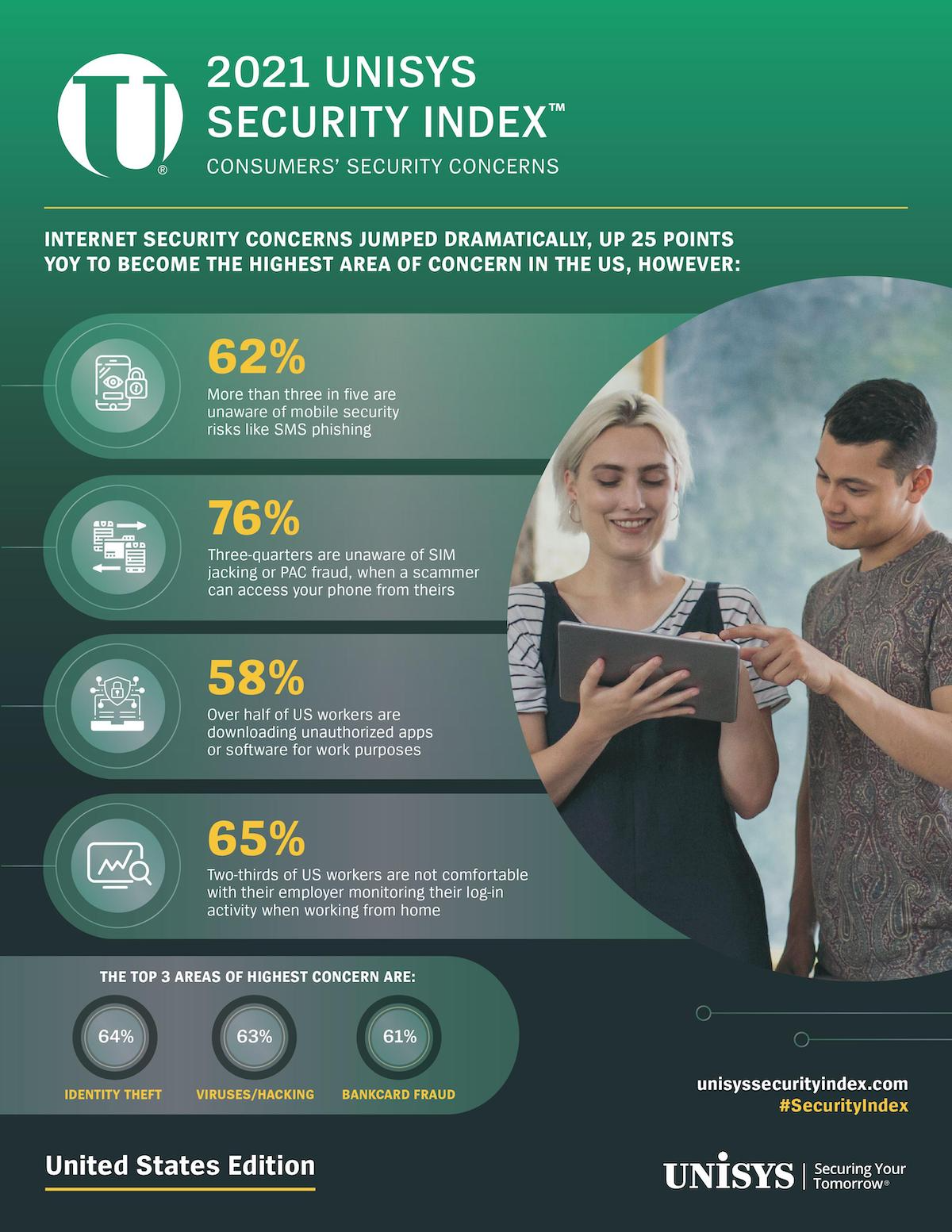 The survey identified a widespread lack of consumer awareness on avoiding and addressing online threats. Two out of five (39%) people report not being wary of clicking on suspicious links, despite phishing attacks accounting for more than 80% of reported security incidents. Just 21% are aware of more sophisticated scams like SIM jacking, which is when a scammer gets a user’s phone number transferred to a phone they control.

Additionally, two out of five (39%) are not wary of clicking on links in text messages, emails, or social media. Fewer than half (44%) are aware of so-called SMiShing, which is where a scammer texts asking for personal or financial information, and only a quarter (24%) know which organization or department in their company to report scams to.

Almost half (45%) in the U.S., Australia, and New Zealand have downloaded or installed software not approved by their IT department, typically because these other apps are ones that they use in their personal life (42%), or because they are perceived to be better than those provided by their company (42%).

Employees are also concerned about digital security, but digital privacy as well. Most people — four out of five (79%) — are willing to be monitored by their employer in some way if it means being allowed to work from home, but the information they are willing to share varies widely.

Employees are the most comfortable sharing data that reflects what is shared in physical, in-person offices — namely, login and logout times (40%). Closer monitoring of work activity that broaches privacy or is often considered as “looking over the shoulder” of workers is less welcome, with just 18% saying they would be comfortable with their screen being monitored, and only 12% saying they would be comfortable with microphone monitoring.

The common theme connecting these points together is the importance of a positive employee digital experience. When employees feel like they don’t have the right tools to do their job, or are unaware of the security risks, they bypass their own IT departments and download third-party apps or software, which means they are unknowingly putting themselves and the company at risk of malware or viruses.

Read the full report by Unisys.