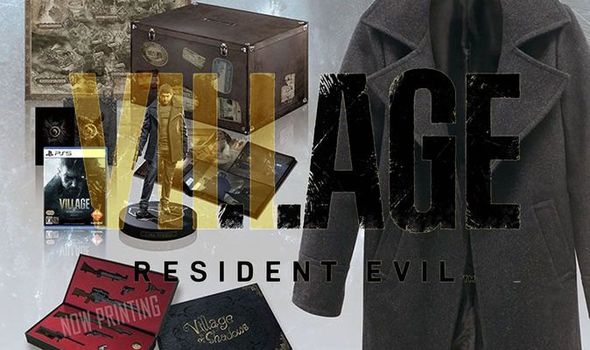 But the Complete Edition, which is listed on the Japanese Capcom Store and was spotted by Technclub, has plenty of other extras.

The most eye-catching difference is a replica of the coat Chris Redfield wears in Resident Evil Village.

Elsewhere, this Japanese collector’s edition also includes another RE8 artbook called ‘Village of Shadows’ as well as a selection of 1/6 scale equipment miniatures.

Among the miniatures are weapons and keys, and the items all come in a handy display case.

The reveal of this Resident Evil Village Collector’s Edition comes after an RE Showcase broadcast last week.

That stream unveiled more gameplay footage of the next Resident Evil game and also announced a tonne of extra details.

One of the biggest announcements was the reveal of Resident Evil Re:Verse – a new multiplayer game which is being released to celebrate the Resident Evil series’ 25th anniversary.

The first Resident Evil game – arguably the most influential survival horror game of all time – first launched back during March 1996 in Japan.

It was also revealed that Resident Evil 8 won’t be heading just to next-gen systems as previously thought. 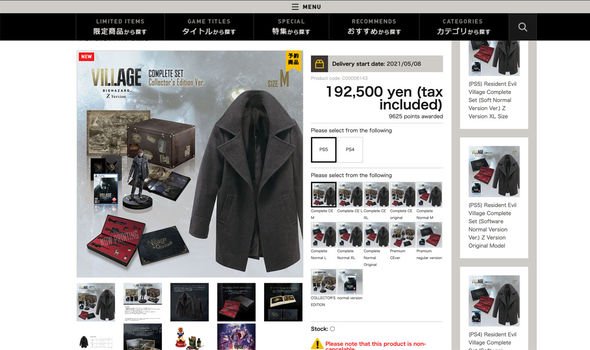 Village will also be launching on the PS4 and Xbox One as well as the PS5, Xbox Series X and S and PCs.

And thankfully the next RE game is launching in just a few months time, with a release date set for May 7.

Resident Evil 8 will continue the story of Resident Evil 7, with players once again stepping into the shoes of Ethan Winters. RE8 will also retain the first-person viewpoint that RE7 adopted, which was a break from the RE games’ traditional third-person perspective.