Saints Row was once a genuine alternative to Grand Theft Auto. Even though it began as a relatively straight-laced tale of original gangsters on the streets of Stilwater, it grew into a unique collection of open world titles that so many of us remember fondly.

Its atmosphere, characters, mechanics, and more went down in history because of how silly and self-aware they managed to be, and now it feels like all of that has been abandoned with the underwhelming reboot. While I imagine its intent was admirable, Volition has created the very thing its predecessors sought to usurp, a shallow, predictable copycat of so many other experiences in the genre that doesn’t do nearly enough of its own to stand out. It’s ironic, and represents a deeper need for games to take a good look in the mirror.

The majority of open world blockbusters nowadays do a good job of introducing us to the playground we’ll be calling home for the coming hours. Horizon: Forbidden West stresses the importance of hunting robotic dinosaurs and gathering resources to bolster Aloy’s arsenal, while Marvel’s Spider-Man teaches us the basics of fighting crime and swinging throughout Manhattan before we’re given a true taste of freedom.

For all its flaws, even Cyberpunk 2077 masters the gradual drip of content before giving us a taste of Night City at its most extravagant. Pacing is vitally important when holding a player’s interest, and Saints Row shows how badly something like this can go wrong. 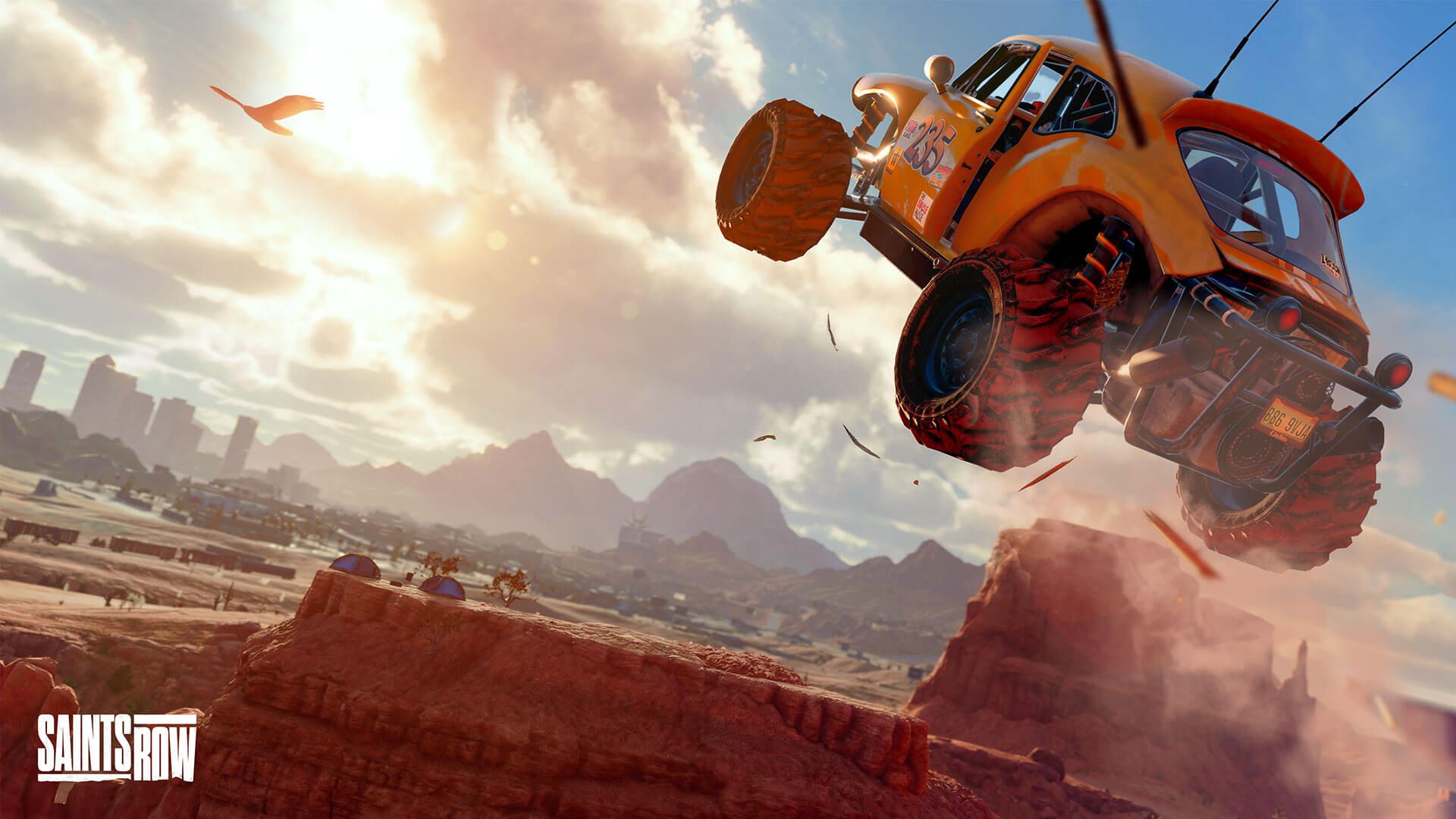 Even with the release of subversive masterpieces like Breath of the Wild and Elden Ring, open world game design has remained largely unchanged since the release of Grand Theft Auto 3. Milestones like Far Cry 3 would introduce concepts like towers and optional activities building towards a central feeling of progression alongside the main narrative, but beyond a few exceptions we have been playing the same games with different coats of paint for several decades now.

Saints Row’s opening mission is dry and plodding. It tries to be fast-paced and filled with humour – but only serves to drag on thanks to underwhelming firefights that quickly grow tiresome thanks to repetitive attack patterns and a path to victory that involves spamming headshots and melee attacks before retreating to recover your health. This isn’t a stellar introduction to the sprawling city of Santa Ileso, but a confined example of archaic design that concludes with a whimper. We should be enamoured in the aftermath, excited to see what this game has to offer as we drive home amidst the opening credits, listening to our protagonist scream in frustration about the unfair hand they’ve been dealt. Compared to Saints Row 2, 3, and 4, this introduction is downright mediocre and forgettable. 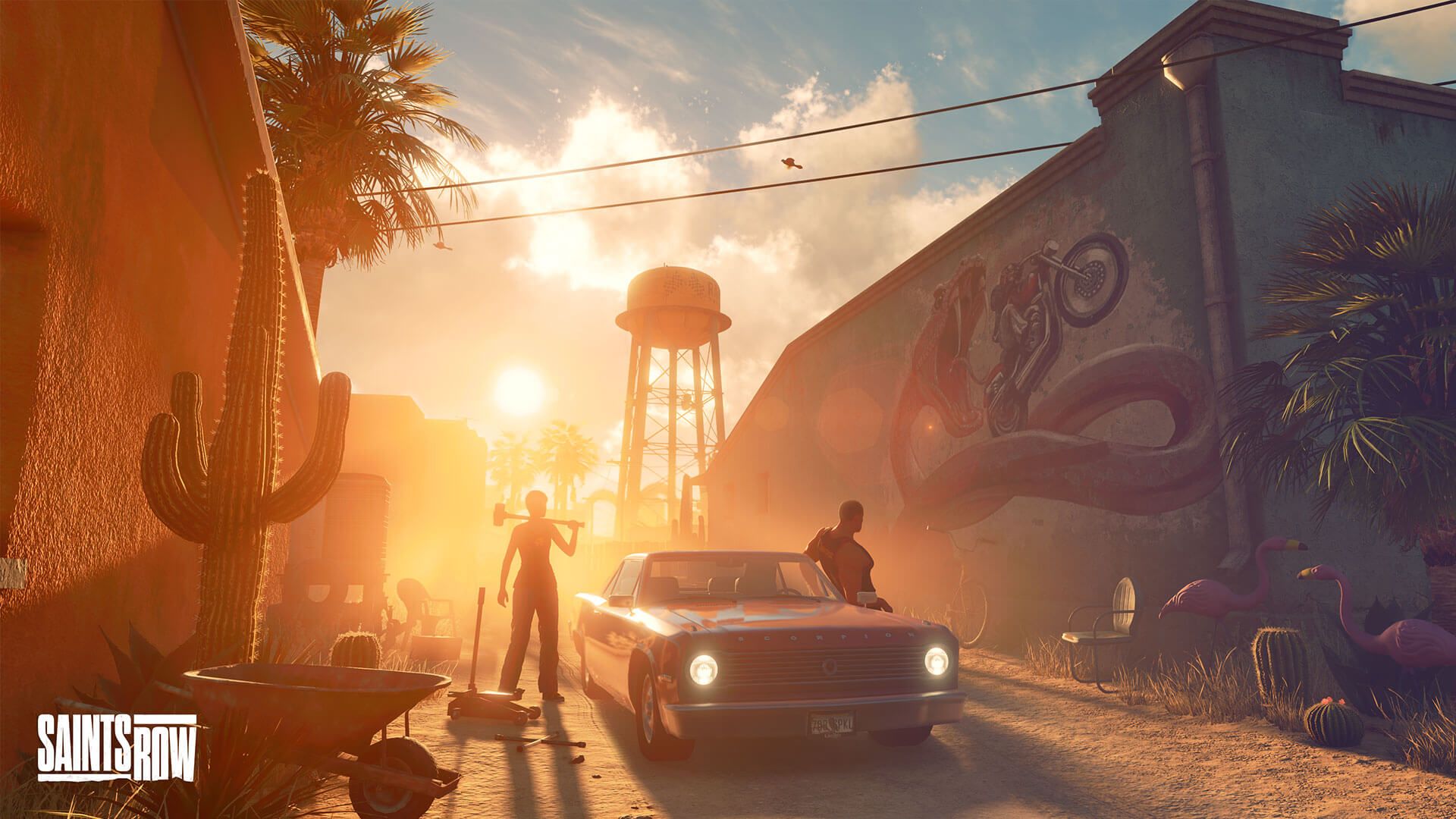 Nothing in the desert landscape I’m being introduced to tries to entice me, with its citizens walking around with robotic aimlessness as I enter my apartment and come to discover the supporting cast is just as lifeless. I have no drive to see more, no desire to explore beyond the expectant stomping ground because Saints Row seems to not only misunderstand its own history, but the very fabric of what makes a compelling open world. Even predictable ones like Ghost of Tsushima are able to keep us enamoured because all of its mechanics combine to create a magnetic gameplay flow, while the player is constantly rewarded for discovering new things and embarking on missions away from the beaten path.

Saints Row has none of that, and I’m trying to figure out where it all went wrong. The opening missions don’t make an effort to advertise the best side activities or provide a reason to explore the sparse city you reside in, if anything it avoids going through the motions and maintains a glacially mundane pace that never really picks up. Campaign missions involve driving to a place, causing trouble, and having the same shootouts over and over again until progress is made. It’s so boring, and I wish there was more to it. 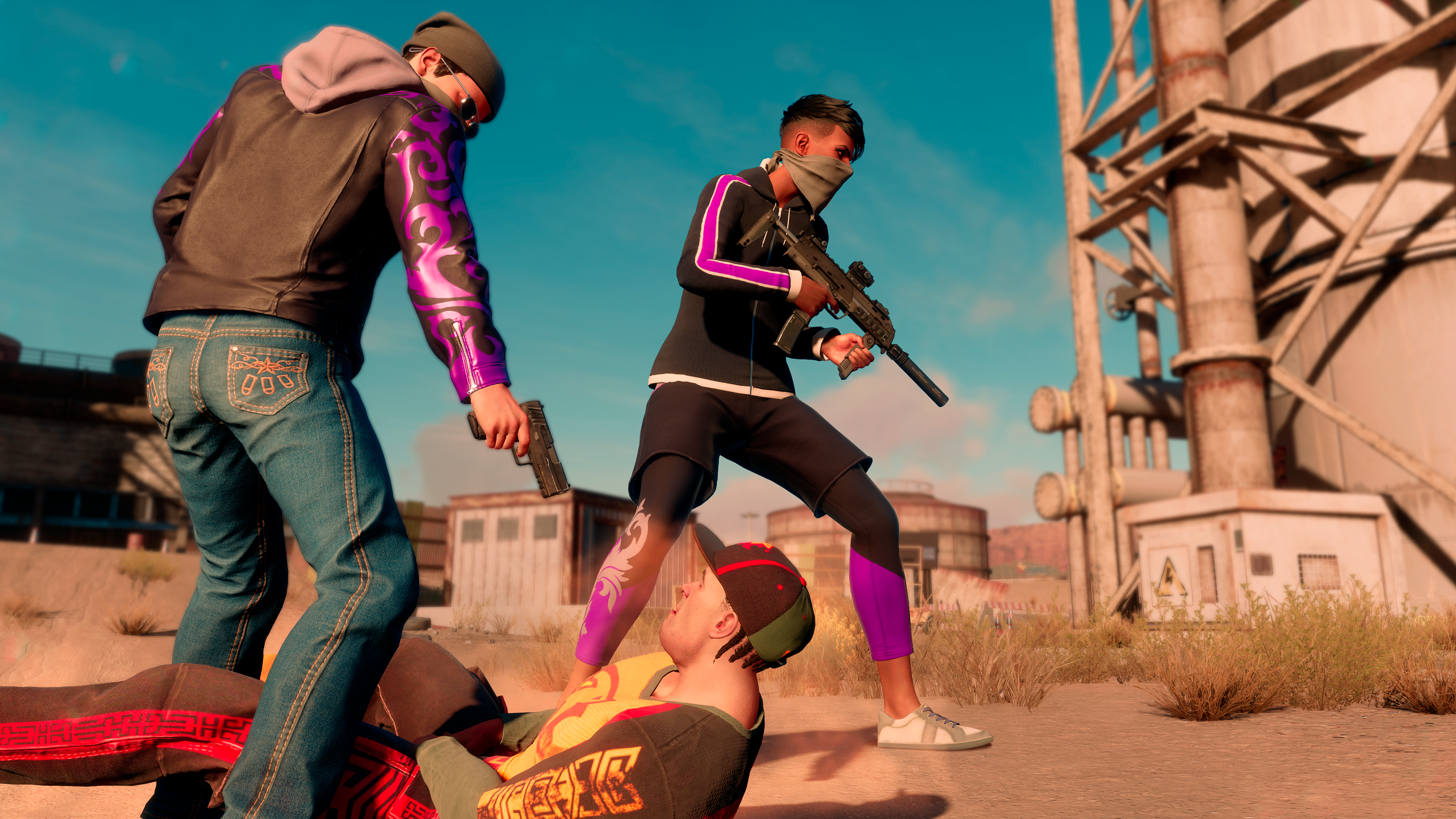 It’s missing the charm and chaos of its predecessors, which didn’t exactly rewrite the open world rulebook, but were so confident in their humour and characters that we didn’t care. Causing trouble in countless over-the-top situations keeps us immersed, while the reboot fails to capture our attention in the first place. Guns are dull, the writing is forgettable, and there is nothing in its setting that inspires us to embrace what it hopes to achieve. There is no desire to discover Santa Illeso, which itself fails to conjure up an identity worth caring for.

I’m still chipping away at the campaign and have more progress to make, but right now it seems the only things in the open world worth caring about are the story missions. New side activities pale in comparison to what came before, while painfully stilted NPC conversations only serve to suck whatever life remains out of this experience. I wish there was more to it, and don’t think updates that improve performance and eliminate bugs will be enough to save a game that at its very core is completely rotten. This is a franchise that once hoped to stand out from an industry filled with open world copycats, but the reboot not only bows to these predictable tropes, it doesn’t even manage to live up to the bare minimum we all expected.