I am a girl of simple taste. If it’s gay there’s a relatively high chance I will take interest. Quality doesn’t matter, neither does the medium – I am gay, and I will pay to have that identity reinforced however possible. Embrace my woke agenda because it ain’t going anywhere.

Yet it has also made me predictable. Today a colleague sent me the trailer for D3 Publisher’s Samurai Maiden and asked if I was okay because it seems like a game tailor-made for my homosexual little ass. I’m ashamed to say he was right, because it looks incredible.

Samurai Maiden is not going to win any awards, nor will it be held up alongside The Last of Us or What Remains of Edith Finch as narrative benchmarks of what this medium is capable of. It won’t match the sophisticated combat found in Elden Ring or Sifu, nor will it boast visuals set to take advantage of current generation hardware. However, it is pretty fruity. And for that reason alone, I am fully aboard the hype train.

The game follows a ‘young woman from the 21st century’ who finds herself waking up in Sengoku-era Japan with all manner of evil monsters, samurai, and other threats to contend with. But instead of having a complete breakdown like most people would when thrust into this situation, she picks up a sword and starts slashing her way towards some pussy.

I wish that was an uncharitable way to describe this game, but from watching the trailer it really isn’t. This zoomer high school girl is transported back in time and decides to take up arms to fight this evil threat with the help of myriad cute girls. All of them appear to have different abilities and combat styles as they tear away at monsters, always taking time to flirt with their potential mistress amidst all the bloodshed. I respect their priorities. 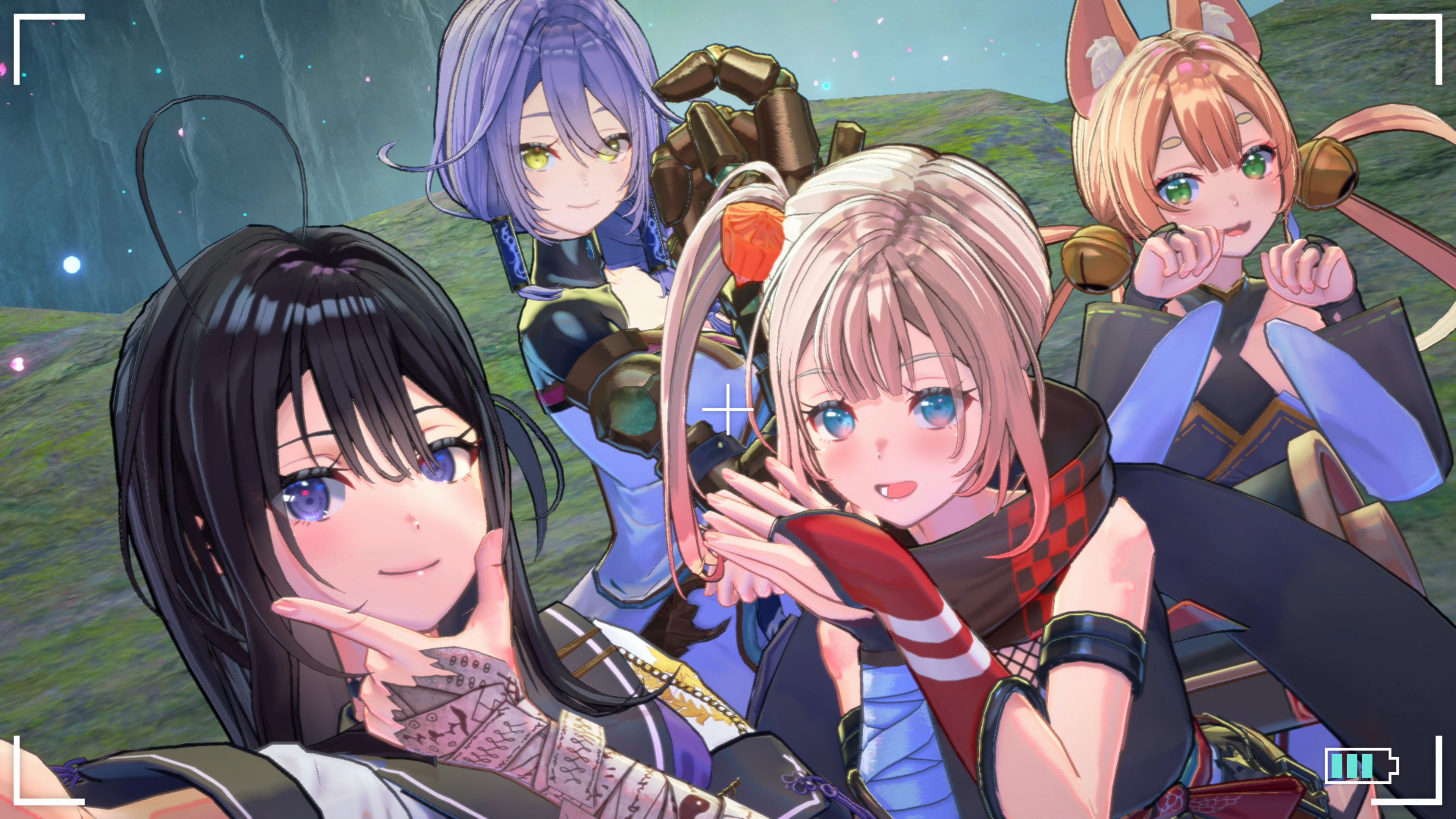 Samurai Maiden reminds me of Senran Kagura, albeit with far less fan service and a more tongue-in-cheek approach to how it depicts anime lesbians. God, what a sentence that was. The point is – it perfectly understands what it sets out to be and doesn’t yet feel gratuitous in how it depicts these women and the relationships we might see them embark upon.

All the local characters, which seem to include a fox girl, crafty ninja, and some legend wielding a power glove, all swoon over our heroine as she zooms across the battlefield. Who wouldn’t be infatuated with a cute gay girl who suddenly dropped over a time portal and started kicking ass? Don’t say you wouldn’t, because you’d be a big fat liar.

The real cherry on top of this sapphic cupcake is the ‘Devoted Heart’ technique which apparently involves smooching your fellow lesbians to activate a special attacks. So I’m guessing the demons you fight are homophobic and recoil at the mere sight of gals being pals. It all looks very silly and wonderfully self-aware, so of course I’m going to play it. Keep an eye out for my very straight and very serious review later this year.