An all new pirate adventure awaits you in Sea of Thieves as part of the latest monthly update. If you and your crew are itching to complete the new Treasure Vault Voyage, we’ll make sure your ship sails true.

As part of the September update to Sea of Thieves, a new type of voyage has been introduced called the Treasure Vault Voyage. This quest will task you and your crew with locating a special vault key you can use to plunder a massive stockpile of treasures from the Gold Hoarders. While it sounds like a piece of cake on paper, this new voyage will be the ultimate test of your crew’s teamwork. Here’s everything you need to know about the Treasure Vault Voyage so you and your mates can sail off safe and sound with the loot.

To pick up this voyage you and your crew will first need to speak to the founder of the Salty Dogs Lorenna. She has replaced Duke as your quest giver for all black market missions – which includes the Treasure Vault Voyage – while he’s gone. Gather your crew, vote on the mission, and you’re ready to begin. 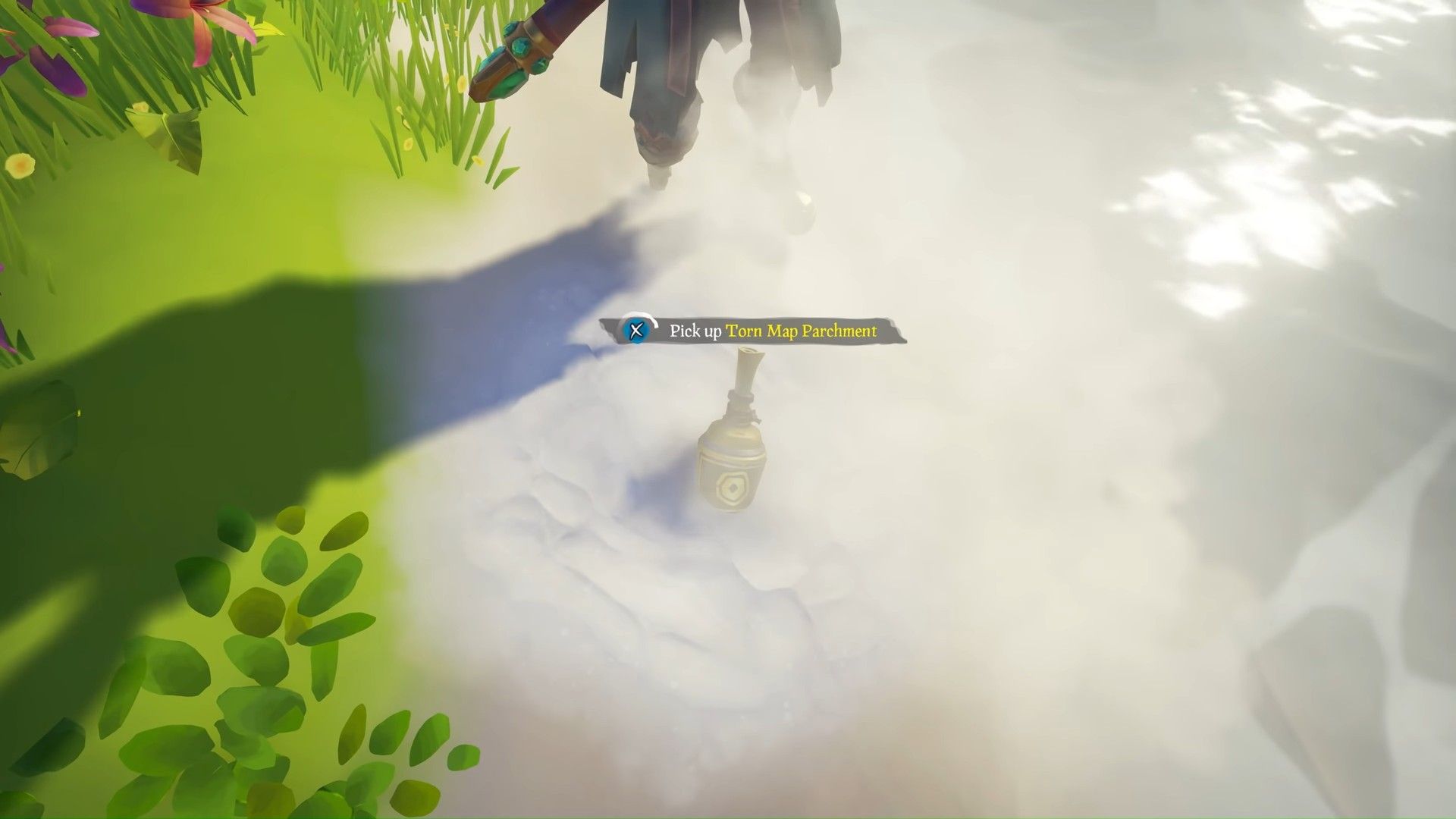 The first step of this quest is to gather up all the missing pieces of a treasure map using the Golden Wayfinder compass. This will point you to where the scraps of map are buried on the island. This first step is fairly simple, and shouldn’t take you and your team too long to put the full map together. 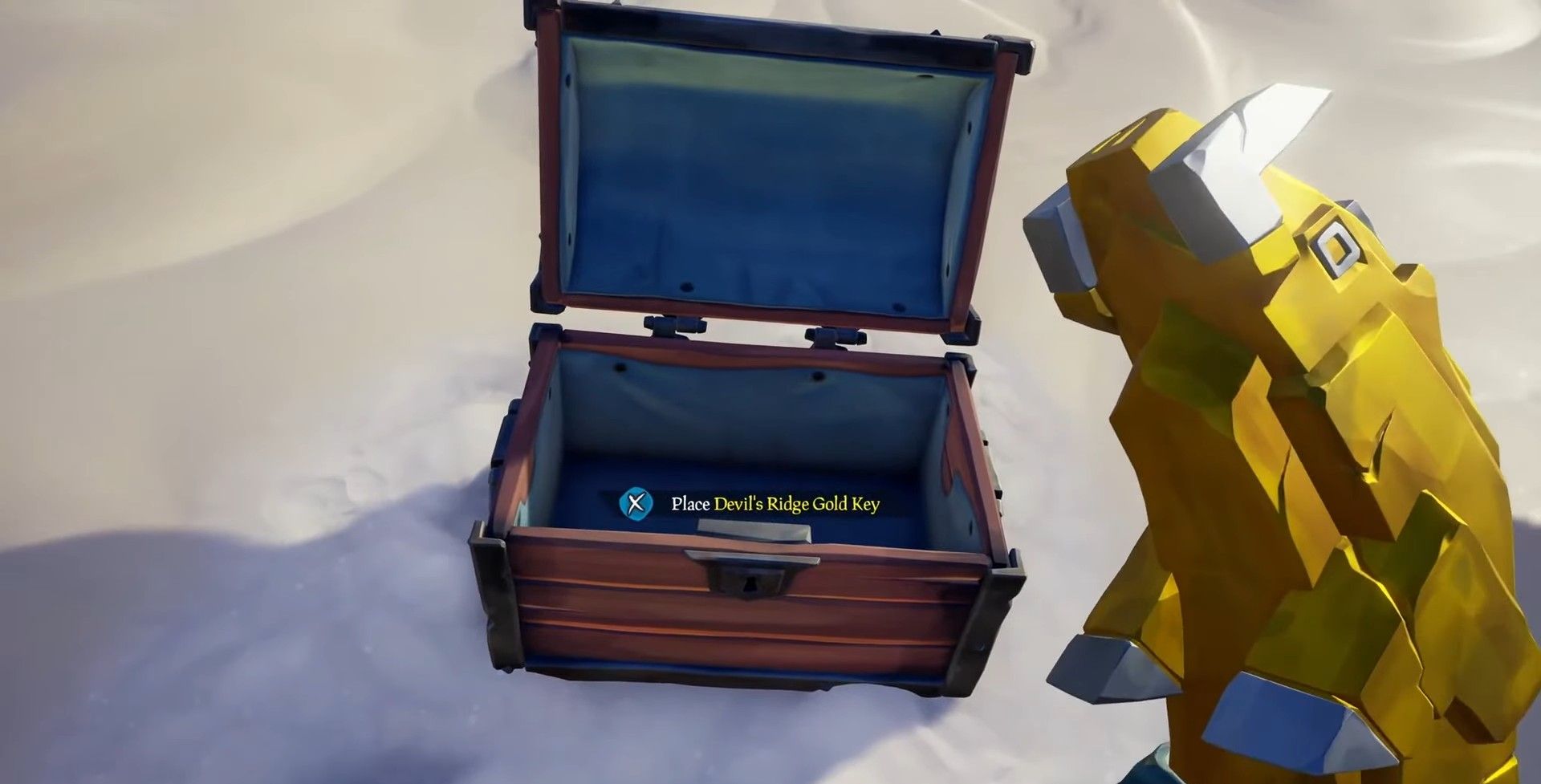 Once the full map has been restored, you can set sail to this island and easily dig up the key. At this point your quest is technically complete if you decide to take the key back to the Gold Hoarders in exchange for a somewhat decent reward of gold. Or, if you would rather play the role of a pirate and go for the big score, you can take the key and attempt to find the vault for yourselves.

There isn’t just one vault in Sea of Thieves, but six. Each key only corresponds to one of them, so you’ll need to read the inscription on your specific key to figure out which vault you need to take it to based on the name. Also note which kind of vault key you find. Gold keys will open vaults packed with the most gold, silver slightly less, and stone the least.

Once you have found the correct vault, the real challenge begins. The moment you use the key and open the door a timer of around three minutes will start, and when it runs out the doors will seal shut and the chamber will fill with water. Anyone stuck inside will find themselves in a watery grave. While the entire place is jam packed with gold and loot, the best reward is locked away behind a devious puzzle. Just remember you’re on a strict time limit.

How To Get The Chest Of Ancient Tributes 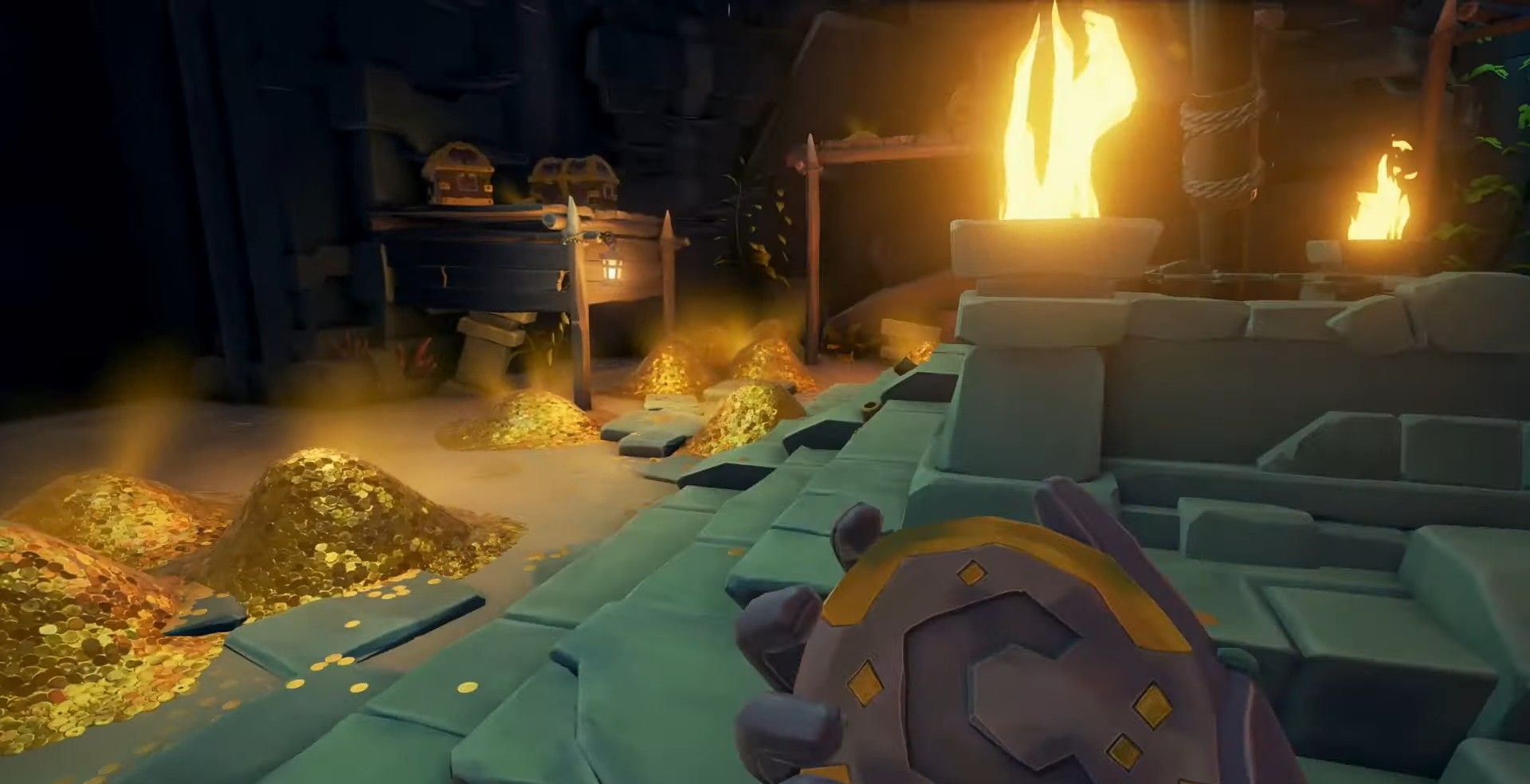 Once the doors open up, you and your crew need to immediately begin looking for the three glowing medallions among the treasure. They shine brighter than normal loot, but can be anywhere from laying on the floor, to stuck in a pile of gold. Once one is found, take it back to the center alter and slot it inside.

Once the first medallion is placed in the alter an object will appear in the pool when you interact with it. You then need to go to the pillar on the far left and rotate it until it matches that object. Repeat the process for the second and third medallions. However, you may notice that there are four pillars but only three medallions. This final pillar only needs to match the symbol on the medallions themselves. 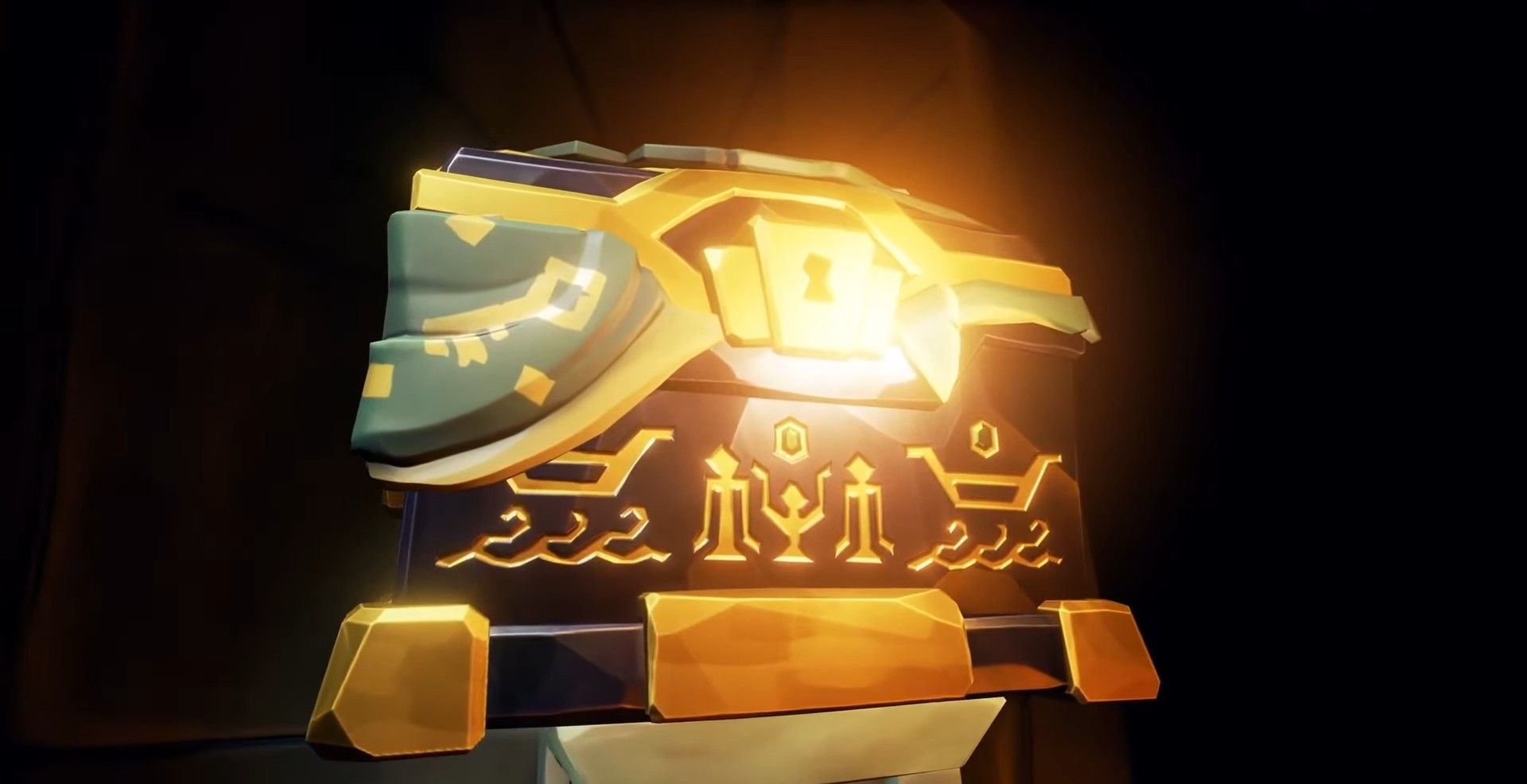 If you’ve done everything right, a new door will open up revealing the Chest of Ancient Tributes. Grab whatever you and your crew can and get out of there while you still can. Not only will you get all the treasure you managed to drag out, but a new commendation and set of sails for your trouble. Plus, you get a bonus commendation and sails if you got out with the Chest of the Ancient tributes.