In a not-so-surprising turn considering how iconic Sephiroth has become over the years, Final Fantasy 7 Remake ended with a battle between him, Cloud, and the rest of the party, in what is easily one of the story's biggest challenges. Sephiroth apparently wasn't even trying, though.

Cutscene director Hidekazu Miyake was asked whether Cloud's move he uses on Sephiroth in the battle is meant to resemble Omnislash, to which Miyake said he would leave the names and backgrounds of the moves to the players' imagination. Miyake then went into more detail on what it was like putting the battle between Cloud and Sephiroth together, considering it didn't happen in the original game. 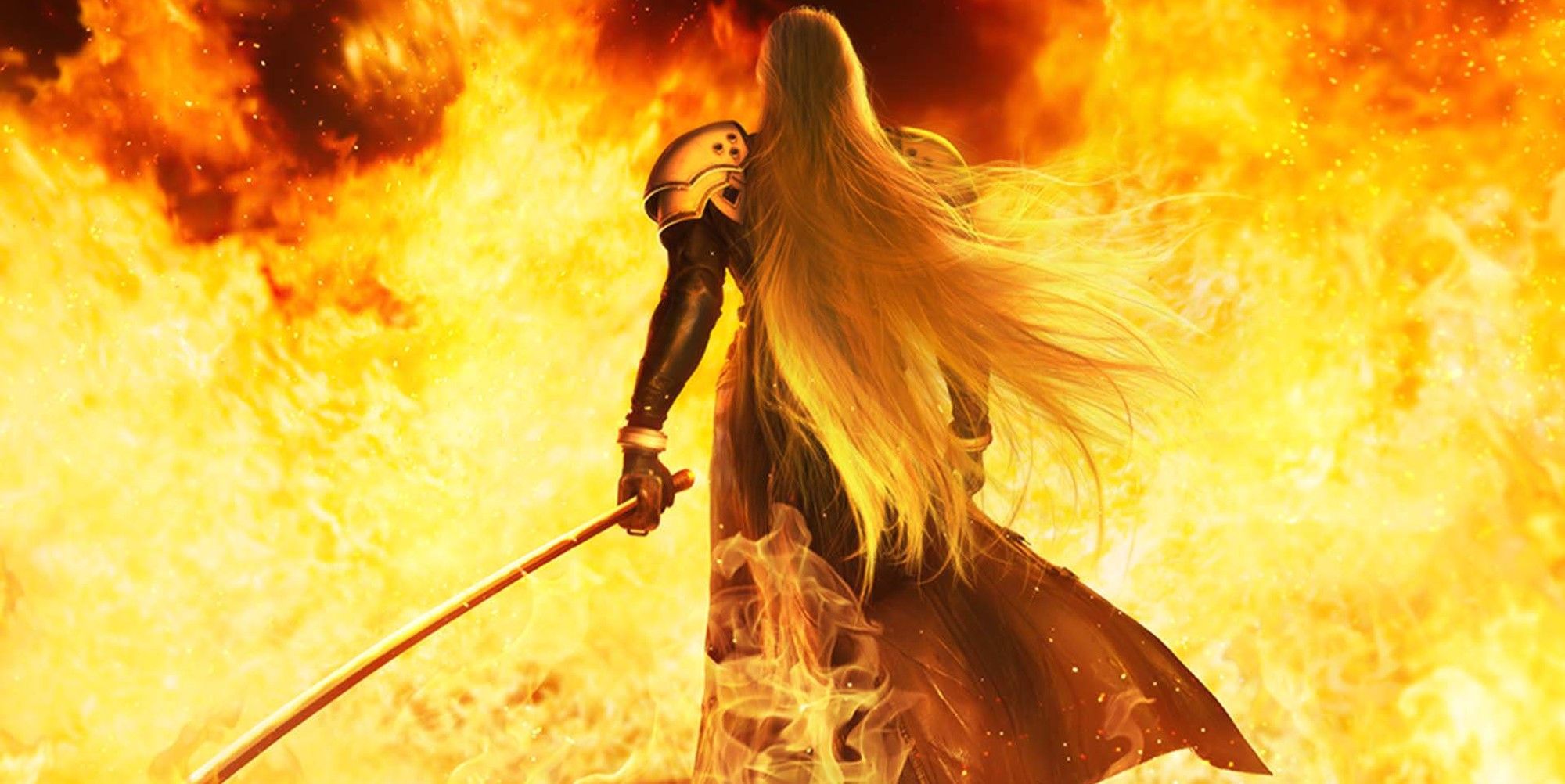 Miyake said, "We did not envisage having a scene where Cloud and Sephiroth face off in a duel when we started the development, so we were very excited while making it. At the start of the scene we deliberately made the camera movement similar to when the two of them fought in the original FFVII, in order to make it reminiscent of the original game. Then it moves on to the action part, showing Cloud dauntlessly struggling against the all-powerful Sephiroth."

Square Enix reportedly also consulted with a swordfight choreographer for the fight, who said that Cloud would have to use close-range attacks to keep up with Sephiroth's more lengthy weapon (don't Google that).

Miyake then ends with a little tease as to Sephiroth's true power, noting that "It may appear to be a fairly evenly matched contest, but Sephiroth is not actually being pressed very hard here", which isn't too surprising considering some of his more advanced forms we've yet to see. Here's hoping we get to see that full power unleashed a little in Rebirth.