Your companions in Shadowrun: Hong Kong will develop over the course of the game just like you do, and you have some say in exactly how they do that. Every now and then, you'll be presented with a choice between two upgrades for them to take, whether they be new skills or upgrades to existing ones.

When it comes to Racter, your Rigger in the basement of the safeboat, his skills are mostly dedicated to making Koschei, his Drone of death, a better combatant. There are a few different ways you can customize this adorable, grisly machine, though! 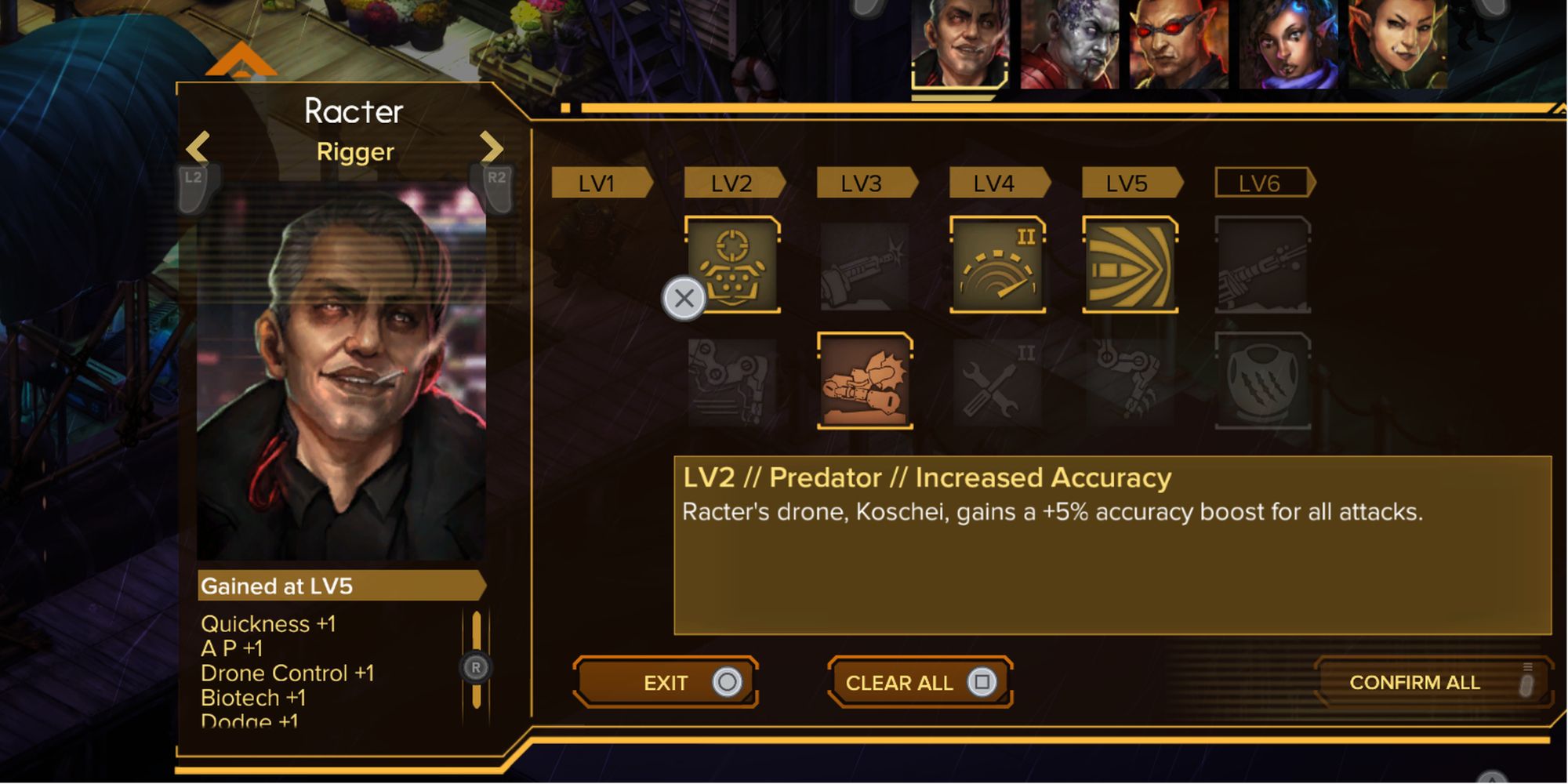 Just like in Dragonfall, your companions will level up after every two shadowruns that you complete. Since Racter joins later than most other characters, you'll be able to level him up as soon as you get him.

The majority of Racter's skills affect his Drone, Koschei, so it should be no surprise how he's meant to be utilized in battle. Deploy Koschei in every combat encounter to get the most out of this character.

As you can probably tell, Racter's upgrades are pretty firmly split between ranged and melee, with Predator upgrades being ranged and Mangler upgrades being melee. Since Koschei is a pretty robust Drone to begin with, it's actually quite viable to mix and match these upgrades, going for the ones that feel the most powerful each time.

Some of these upgrades are simply obviously better than the others – more accuracy is far more welcome than increased movement speed, and the AP gain bestowed by the upgraded Overclock is like a souped-up haste spell. More AP means a better turn economy, which is one of the best ways to pull momentum in your favor during combat.

With Overclock, it's not out of the realm of possibility to loan Racter a second Drone from your collection. His Drone Control isn't that stellar but more bodies on the battlefield will always be beneficial and Overclock can make them work quite well.

The final upgrade is the one with the most leeway. The Ares Heavy Laser is a brilliant skill, we've only selected Rip and Tear here for the fantastic Armor stripping – late-game enemies with a ton of Armor are some of the most annoying in the game.