When last we looked at Six Temples, it was in rough shape. While the concept was strong – a class-based multiplayer objective battle with third-person combat – it was still in the early stages in terms of its graphics and gameplay. Playing a match was also very difficult due to sparsely populated maps that felt like literal ghost towns.

It’s been a few months now and we’ve decided to revisit this game to see how it’s coming along. There have been some definite improvements as the developers are working hard to get this project into a working state. So let’s take another spiritual dive into the wild world of Six Temples. 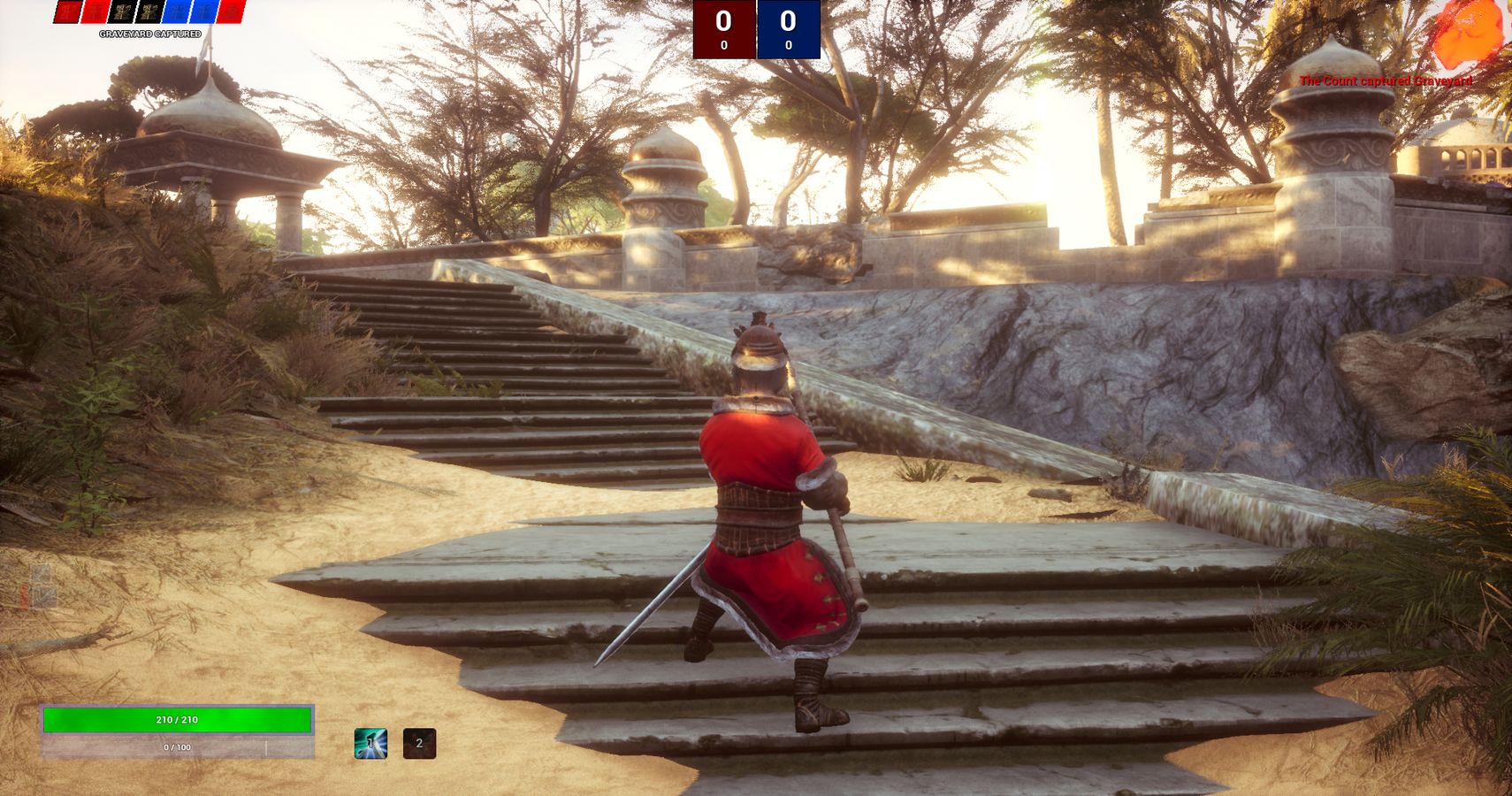 Right off the bat, it’s obvious that there’s been some significant graphical upgrades made to Six Temples. The character designs are much better than the weird-looking homunculi they were before. Animations look a little less stiff and the map has been given a drastic overhaul. It’s a lot easier to transverse than the original version and moving through water now looks and feels more accurate.

There’s also been new classes added in to give players more options in how they try to take over these temples. There’s now Executioner, Hunter, Shaman, Priestess, and some guy called The Count, expanding the roster from three to eight characters. Each character has their own special move set and weapons, and there looks to be at least two more classes that will join the game at some point. It’s a pretty solid line up that will hopefully allow for some interesting strategies and team-ups.

A Temple Full Of Robots 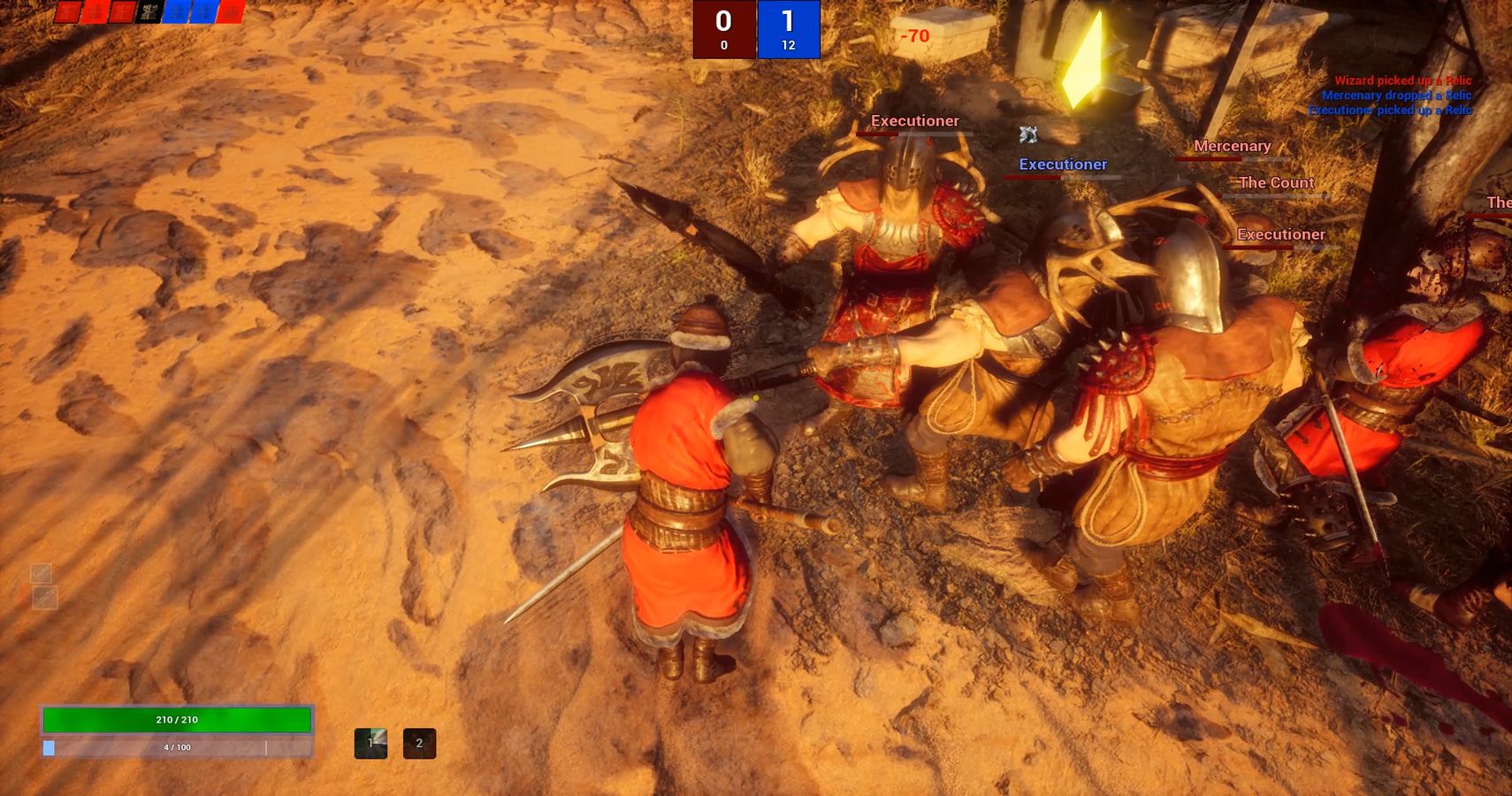 Another major issue we originally had with Six Temples was the fact that playing the game was almost impossible due to the low player count. As a way of trying to cope with this problem, the developer has added bots to the game so there’s at least some A.I. players hanging around. It’s not the same as playing with humans since these bots aren’t exactly tactical masterminds, but at least we’re no longer wandering around deserted maps desperately looking for people to fight.

Unfortunately, the lack of a player base is still an unsolved conundrum for Six Temples. Logging in to play will often show multiple servers sadly displaying 0 out of a possible 24 players currently inhabiting them. The bots do give us targets to focus our violent abilities on, but this seems like a game that requires communication and coordination. Needless to say, bots don’t make for particularly useful teammates, especially when they’re as dumb as these ones. The developers are making efforts to gather players together for community nights, but there’s still very few people currently giving Six Temples a chance.

Better Pray To The Temple Of Bug Fixes 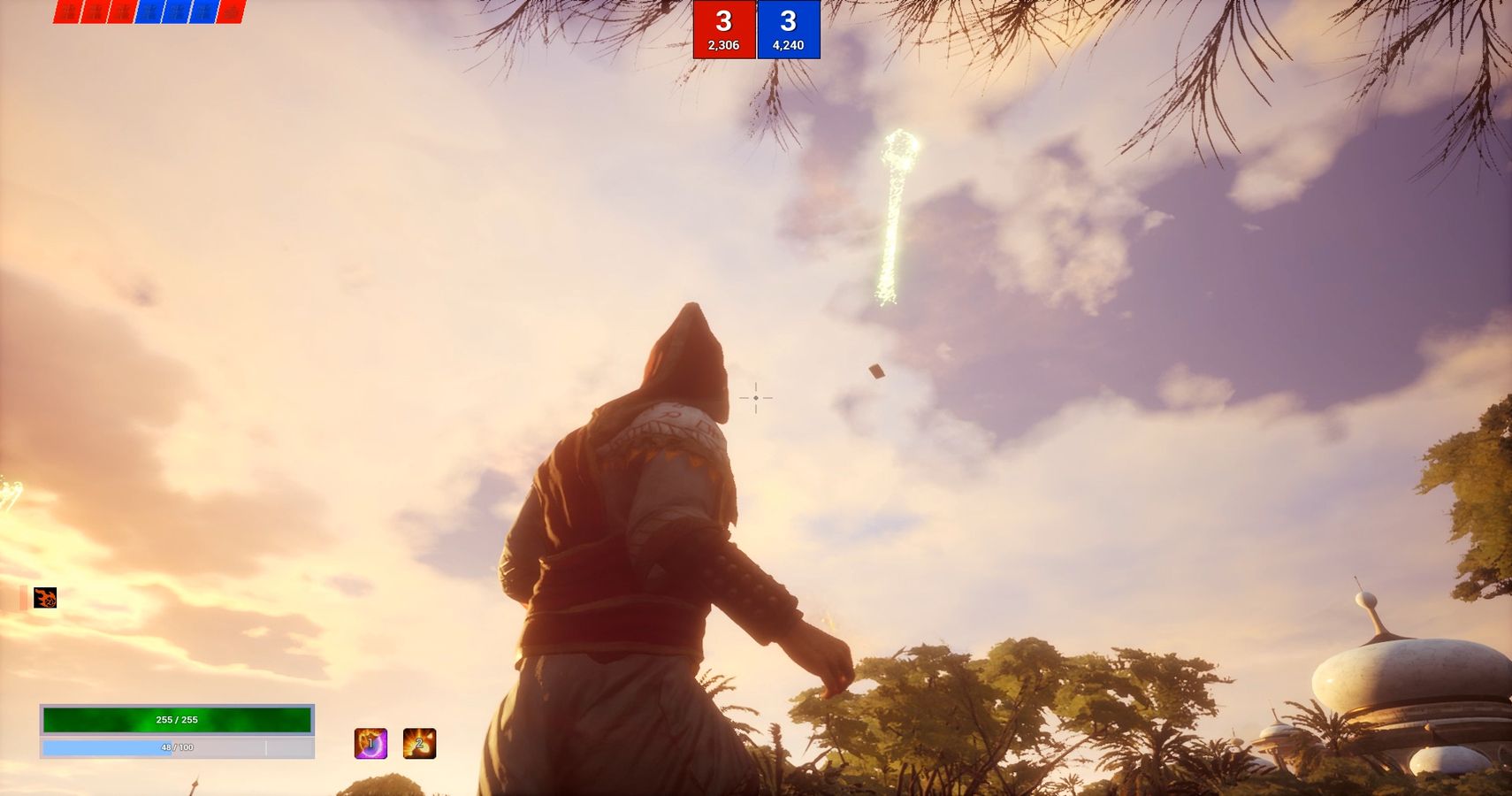 Six Temples has seen much improvement but there are still many things that need to be refined if it’s going to have a chance of finding an audience. While the game looks nicer, it’s still hard to tell exactly what these characters are doing. Weapon strikes lack weight or impact and abilities or spells just look like everyone is waving their arms about while different colored lights and flashes fire off on screen. There’s also no lock-on option, which means you usually spend most of your time hoping and praying that you hit something with your weapon or projectiles. There needs to be better indications of what each move does because right now it’s very confusing trying to figure out if the button you pressed actually did anything.

This isn’t helped by the fact that the tutorial still does nothing more than drop the player onto a map and let them try to get used to the classes on their own. The addition of bots gives you targets to practice your abilities on but there still needs to be some kind of explanation or demonstration of what these moves are.

Finally, there needs to be some major performance tweaks made because Six Temples is not a smooth ride. It’s very common for the game to chug along with framerate hitches and graphical pop-in. Sometimes you’ll spawn in at awkward places and be unable to move. One of the more egregious bugs was a time when one of the artifacts you need to grab appeared to be stuck in the sky making it impossible to retrieve. These kinds of glitches are more than enough to ruin a game like this and they need to be fixed pronto.

This Religion Is Still A Work In Progress 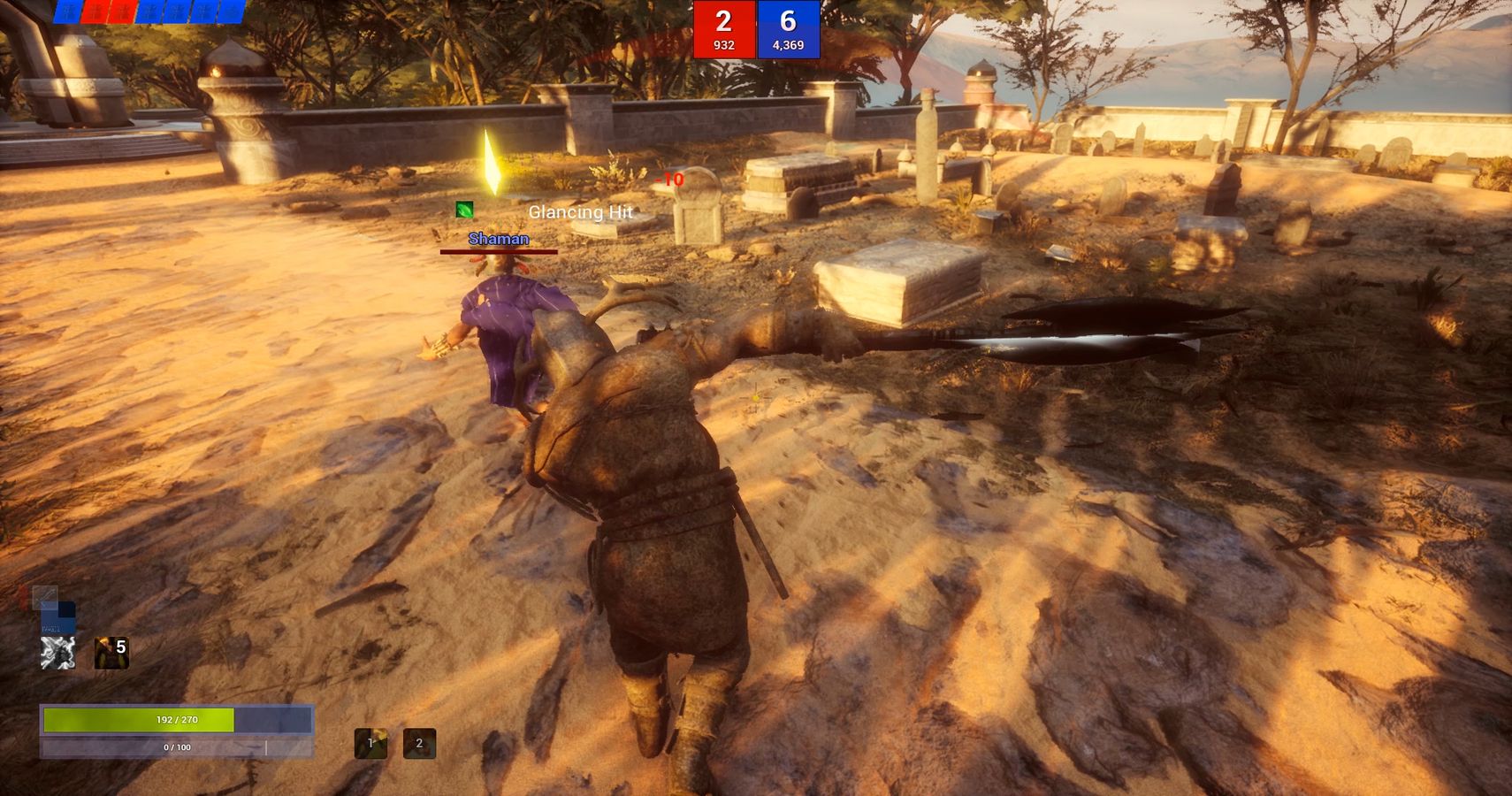 It is nice to see that the developers are working hard on turning Six Temples into a worthwhile product, but things are still not where they need to be. A lot of issues need to be ironed out regarding the game’s UI, graphics, and game engine. And of course, that player count is not helping matters as a multiplayer game without players is going to be a hard sell come release time.

There’s real potential for Six Temples and we hope that things come together for this scrappy little game. It’s currently scheduled to arrive on Steam this Spring which seems a bit too soon considering how much work is needed. Hopefully, by then, it’ll have perfected its gameplay enough to find a group of people willing to raid these ancient temples.