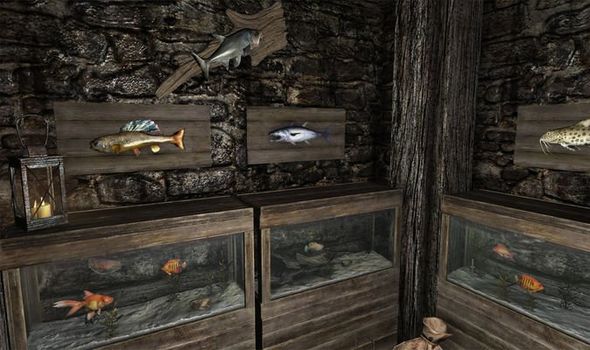 The Skyrim Anniversary Edition release date is locked in and Bethesda has started spilling the beans on what it includes and how much it costs to buy.

The first thing to note is that this is yet another version of The Elder Scroll V and is based in the same world as the version you played on Xbox 360 or PS3.

The big difference here is that Bethesda is bundling a lot of stuff together and adding in a sprinkling of new content for the game’s ten-year anniversary.

This includes adding official Fishing support to Skyrim as part of the Anniversary Edition and providing all the Creation Club content on top.

There is an option to upgrade an existing version of Skyrim, and let’s face it, there are a lot of them around these days.

Players who already own Skyrim Special Edition may choose to purchase just the Anniversary Upgrade, to gain access to that Creation Club stuff.

The price for the Anniversary Edition are as follows:

It should also be noted that while this Anniversary Edition is only coming to PS4 and Xbox One, a version of Skyrim is launching for PS5 and Xbox Series X this month.

Owners of Skyrim Special Edition or the Anniversary Edition on PlayStation 5 and Xbox Series X|S will receive the next-gen upgrade for the game.

Bethesda says that the upgrade will be free and optimize the game with enhanced graphics, faster loading times and more.

Here’s more on the new Fishing mechanics coming to Skyrim this month from the Content Creation Club:

“On the topic of obtaining your own food, Skyrim’s all-new Fishing mode creation lets you angle over 20 unique aquatic species across the area’s many bodies of water.

“Cook your catch for a meal, display it as a trophy in your den or even keep it inside your own home aquarium – the choice is yours!

“With many of Skyrim’s fishing spots located in the region’s most breathtaking and tranquil spots, there’s nothing like unwinding on the shores as you tackle (pun intended) the questlines in this upcoming free creation.

WHEN IS THE SKYRIM ANNIVERSARY EDITION RELEASE DATE?

Bethesda has confirmed that the Skyrim Anniversary Edition release date has been set for Thursday, November 11, 2021.

This will be the same day that a next-gen version of the game will also arrive on PS5 and Xbox Series X as part of the new and existing bundles.

No set release time has been announced regarding the launch, so fans will have to keep an eye out for the latest news.

It has also been confirmed that this version of the game will not be available as part of Xbox Game Pass.