Monomi Park’s Slime Rancher is a bubbly game that tasked fans with creating a ranch full of slimes and selling their poop, sorry plorts. While the game was a success and Party Gordo events are still ongoing, there haven’t been any significant updates in years. Luckily for fans, though, Microsoft announced Slime Rancher 2 at their E3 conference and showed a fun trailer that depicted many of the new slimes coming to the sequel.

It also added the original Slime Rancher to Game Pass to tide you over while you’re waiting for Slime Rancher 2 to come out in 2022. Below are tons of fun things that have been revealed about the upcoming sequel. 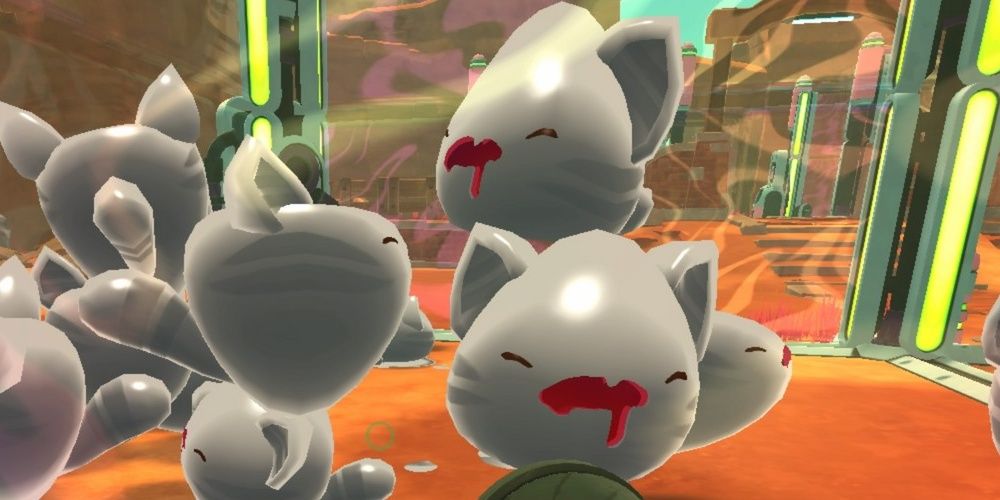 It’s confirmed that the main character from Slime Rancher will be returning in the sequel. Beatrix was a great character in the first game, especially for those who read the star mail. The last letter that Casey sends to Beatrix talks about eventually playing a song for her, something that could be seen in the sequel.

Hopefully, the conversation between the two will be continued, and Casey will talk about how her life has progressed. 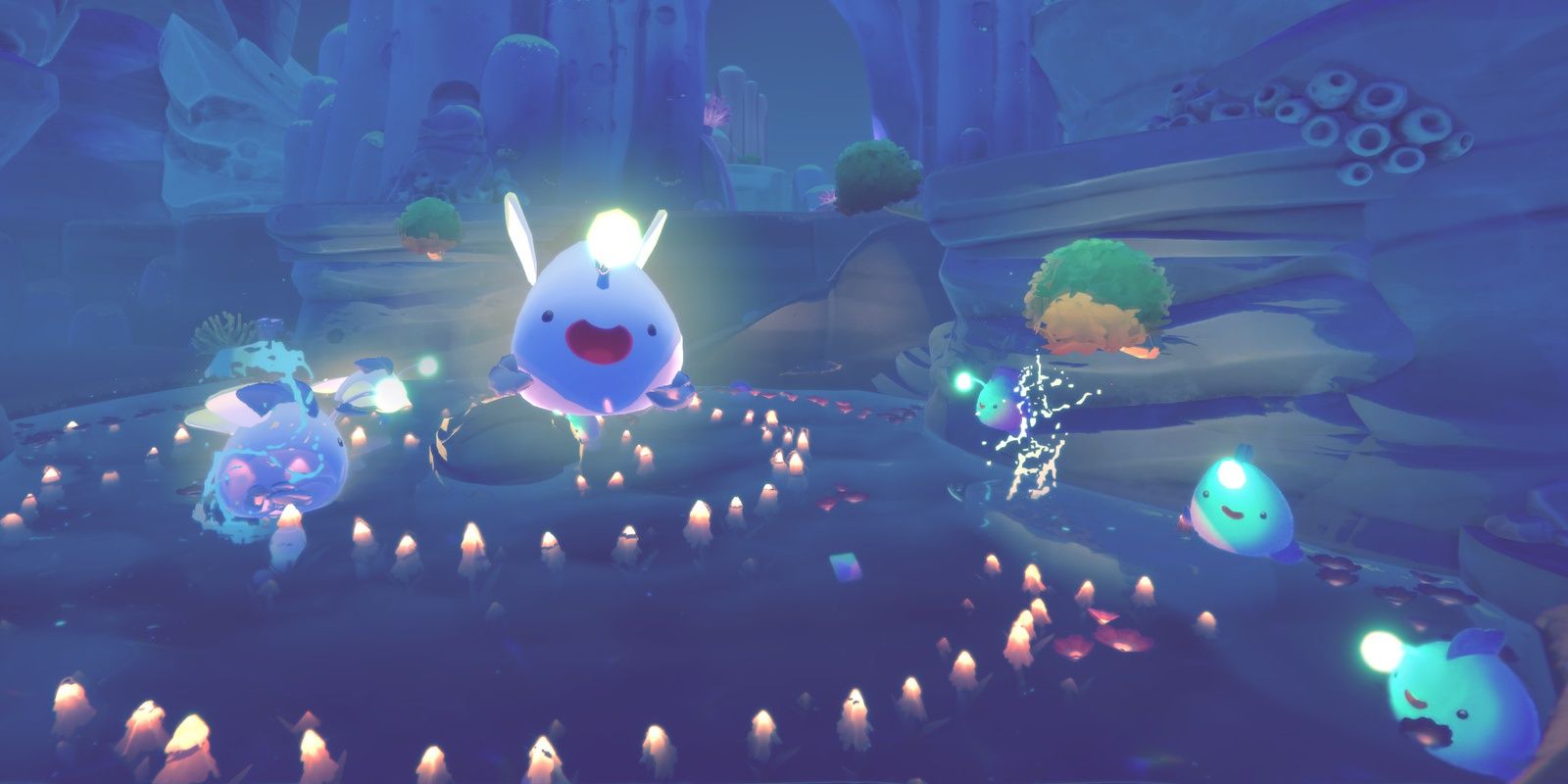 The game isn’t taking you to a whole new planet. Instead, you are going to be moving to a different location on the Far, Far Range. The location is called Rainbow Island and is completely separate from the mainland. How Beatrix finds out about the location or why she moves there is currently unknown.

It’s made clear by the trailer that the species of slimes that live there are pretty different from what we have already seen.

8 There Are Cotton Slimes 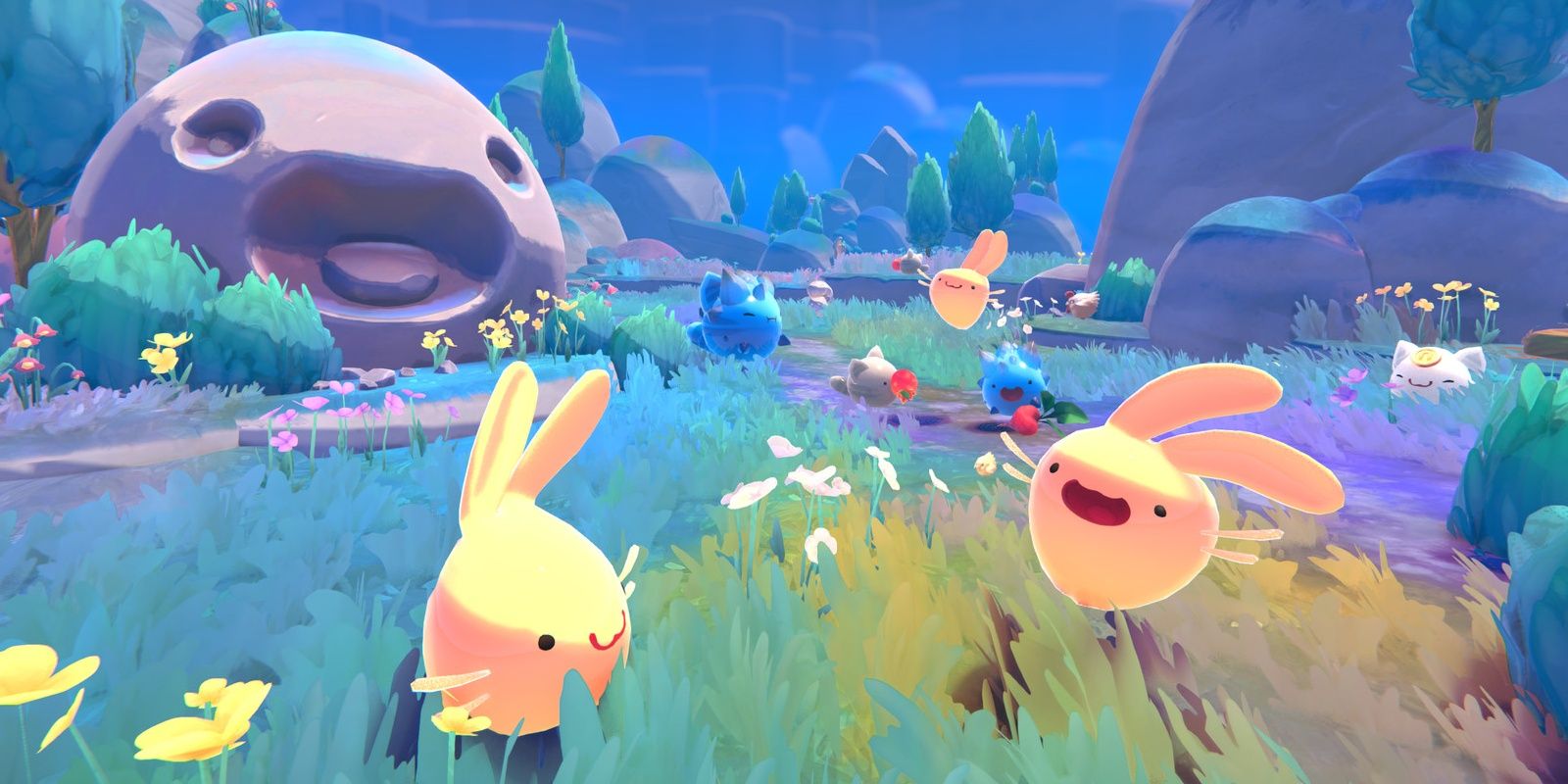 It seems like the Tabby Slime, who was all over the place in the first game, has been at least partially replaced with the Cotton Slime. These are slimes with bunny ears that happily hop around the place and seem to have a similar hunting style to that of the Tabby.

While not much is known about their favorite toys or food preference, fans are in love with their cute design.

7 Slimes Can Still Be Combined 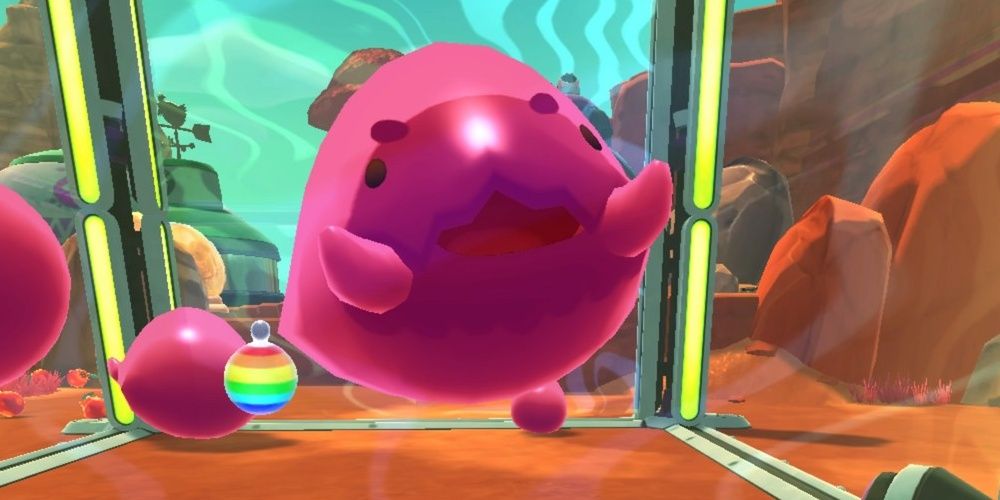 The trailer for Slime Rancher 2 actually shows a pin that is holding Largo Slimes. The slimes in the pin are Cotton Slimes that have been combined with Flutter Slimes, giving them the ability to flutter around their enclosure and likely making them a huge escape risk.

It should be noted that not every slime could become a Largo in the first game, and that may be true in the sequel.

6 Batty Slimes Seem To Be Hard to Contain 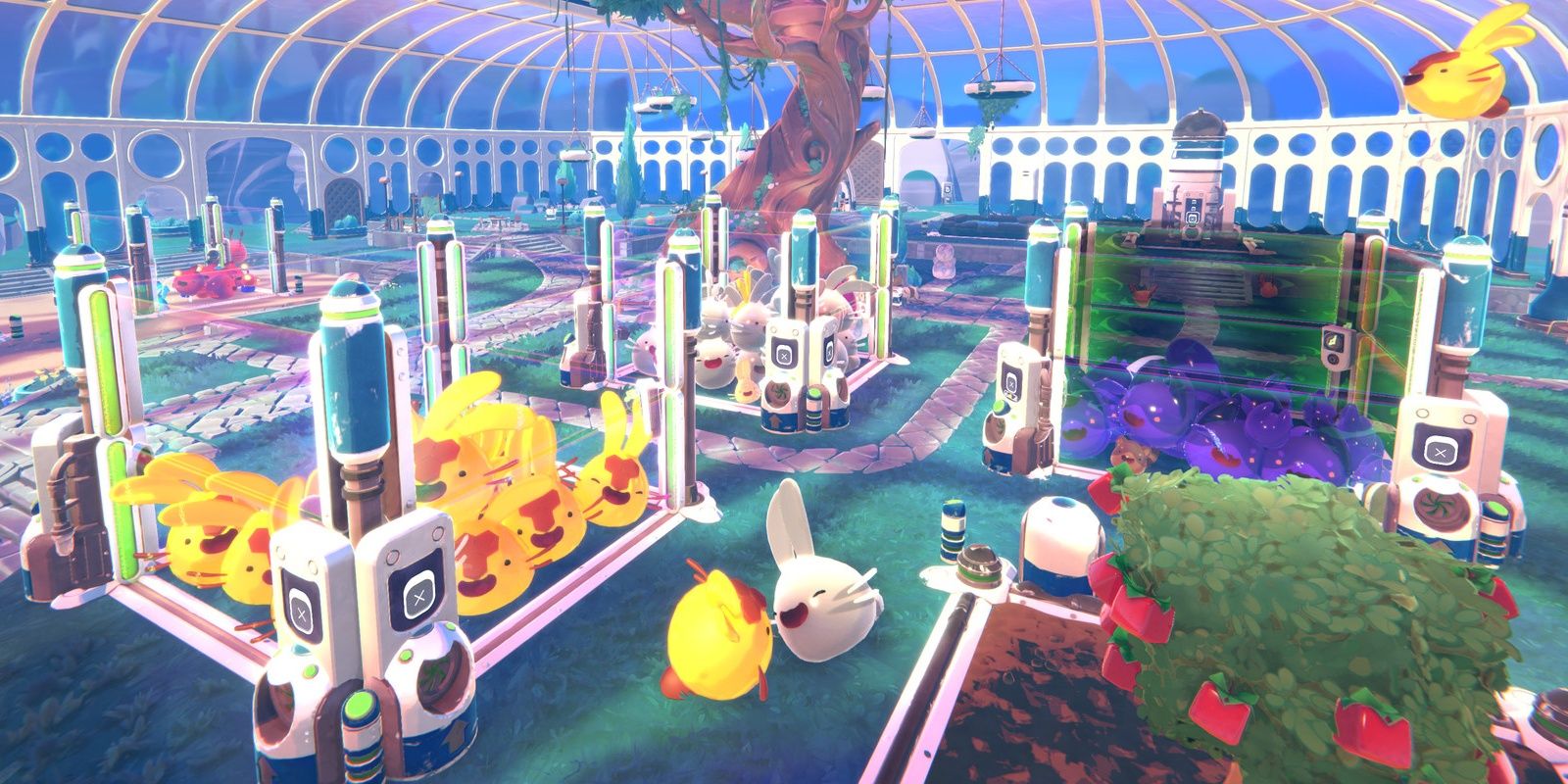 The trailer also gave fans a look at the Batty Slimes that are fluttering around the map. When they showed the corral that was keeping the species, it was obvious that they were trying to fly out. This means that you will still have to alter your corral in order to contain some slime varieties.

It’s also worth noting that Batty Slimes may need to be placed in a dark environment, much like Phosphor Slimes.

5 Angler Slimes May Be Violent 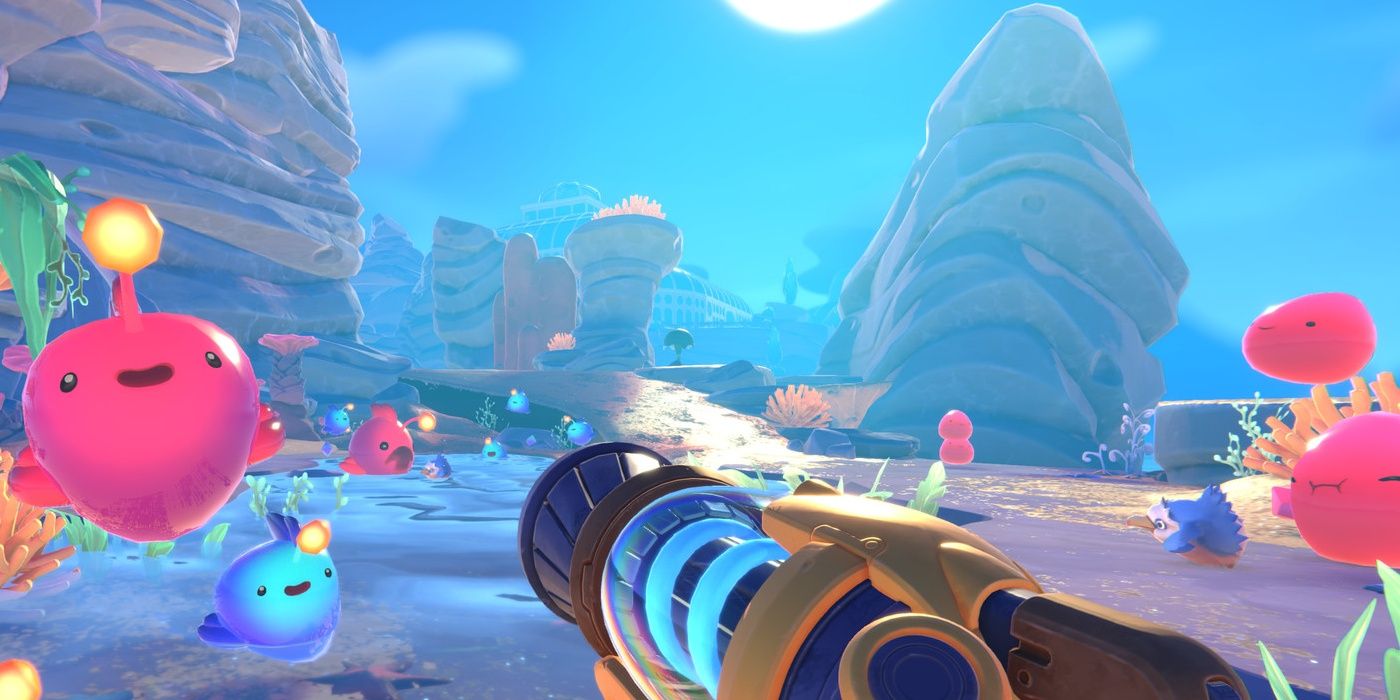 Angler Slimes are another interesting addition to the game as they are based on a predatory fish. The Angler Slime has a dangling light in front of their face that they may or may not use to attract slimes. They can also be made into Largo Slimes and could require water in their corral.

The design for Anglers has won over fans, especially since it may be a tease of other aquatic-themed slimes.

4 The Tarr Is Wandering About 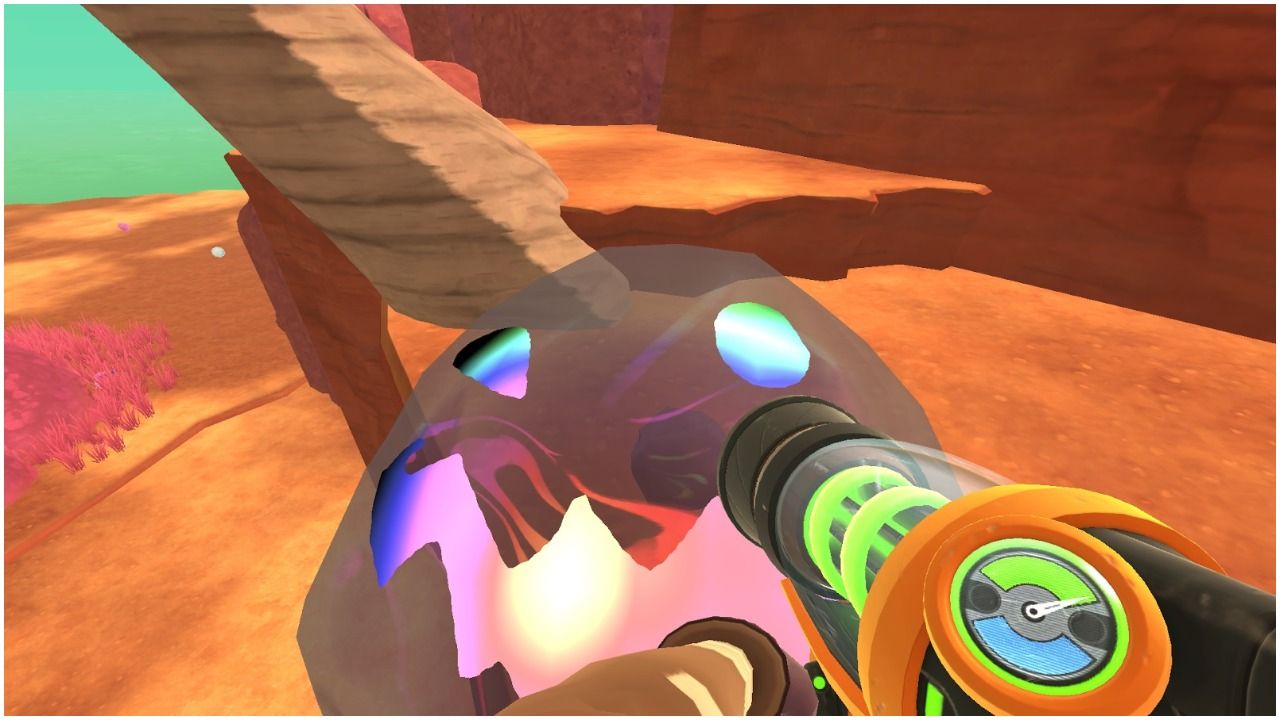 While Slime Rancher has always been a relaxing game, there is a bit of adversity wandering around. This is seen in the existence of Tarr Slimes, which were confirmed to be returning in the trailer. Tarr Slimes will eat up your whole ranch if you aren’t careful and love biting into you.

Dealing with the Tarr can be easy, as long as you are prepared with the right defenses.

3 There Are A Lot Of Rainbows 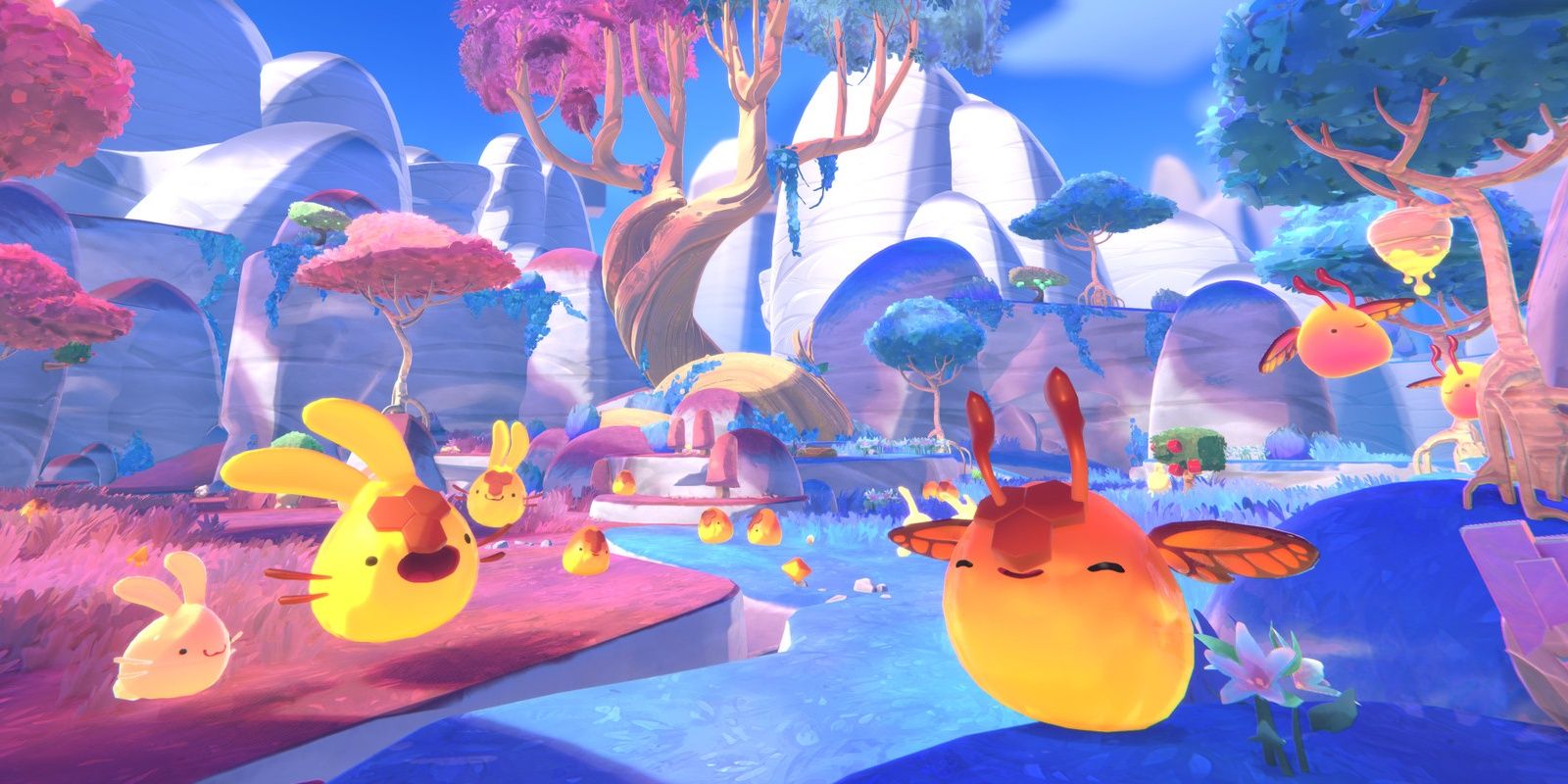 While it is called Rainbow Island, you may not expect it to be as colorful as it is. The trailer shows that even the ground is covered in different colors, and everything has a colorful glow.

This will likely turn into a plot point, especially since the original game didn’t have a similar area. The island may even be where slimes originally got their vibrant colors from. 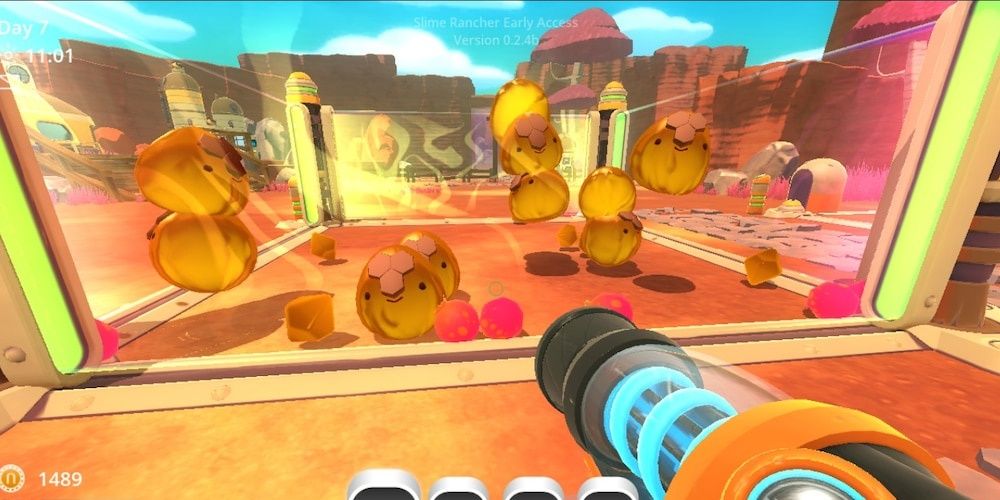 The main way of making money in Slime Rancher actually hasn’t changed. To get Newbucks, you will need to capture slimes and then feed them, so they let out tons of plorts. As strange as this currency is, it works pretty great in Slime Rancher and creates an interesting harvesting system.

Hopefully, the sequel will improve upon the way that plorts are sold for you once the corral harvests them. 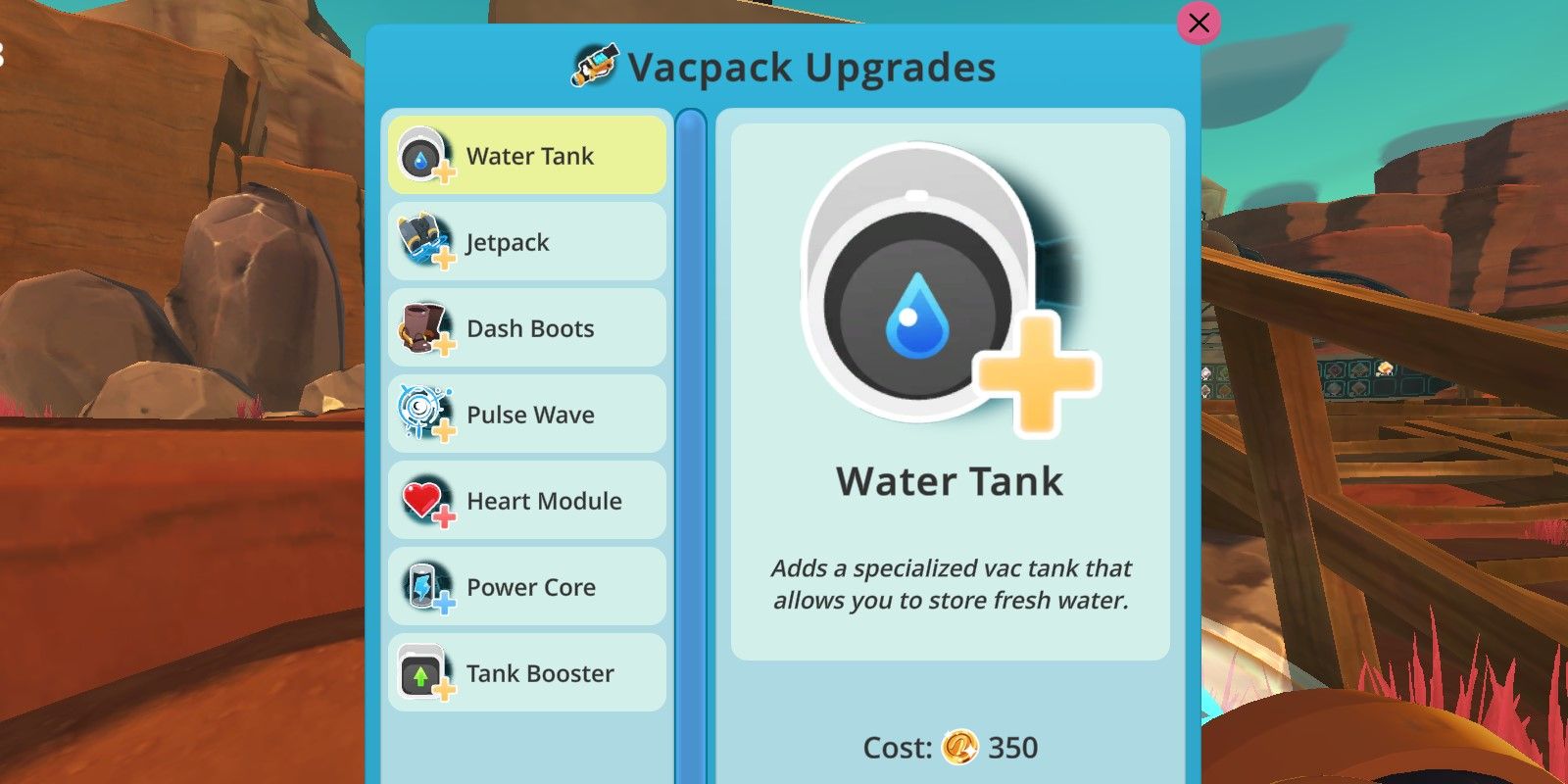 In the trailer, a scene showing Beatrix fighting Tarr Slimes is shown. Many fans noted that the Vacpack seemed to be much more powerful. It was a bit hard to get rid of a Tarr outbreak in the first game, as the only thing you could do was spray them with water.

This time, it looks like you can shoot balls of water at them at a fast pace.