Oura, a Finnish startup that creates a smart activity- and sleep-tracking ring, has raised $28 million in a series B round of funding from Google’s Gradient Ventures, Jack Dorsey’s Square, and Forerunner Ventures.

Founded out of Oulu, Finland in 2013, Oura monitors the user’s pulse, movement, and temperature to deliver a “holistic picture” of their health. And unlike many other health trackers on the market, the device is not worn on a person’s wrist — instead sliding firmly onto their finger.

The titanium ring features infrared LEDs, NTC temperature sensors, an accelerometer, and a gyroscope, and it can last up to one week on a single charge. Oura registers all movements and their respective intensities, from mopping the floor to running a marathon. 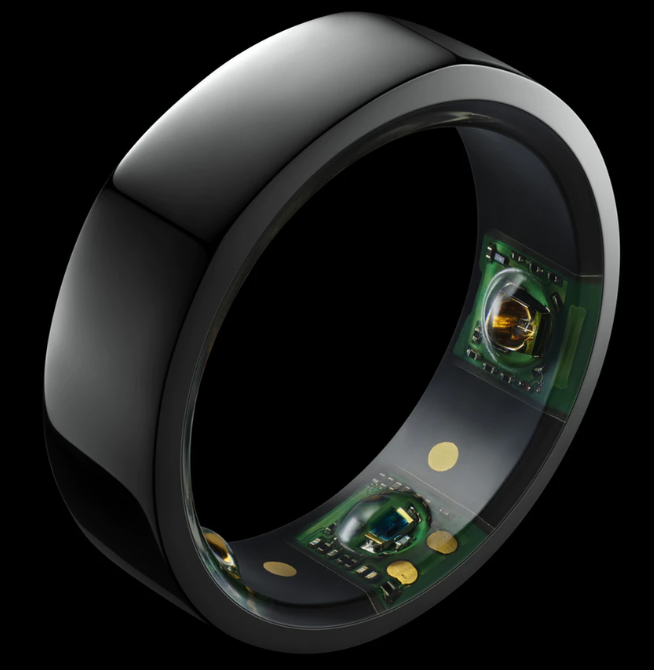 Each day, the user can view their data inside the Oura mobile app, with three scores allocated based on their sleep and activity. The “sleep score” divulges an overall rating, along with additional insights — such as efficiency and restfulness. “Readiness” essentially lets people know what their body is ready for relative to the quality of their sleep and previous day’s activity. And “activity” provides an overview of a person’s overall activity levels and can tap data from third-party sources, including Google Fit and Apple Health. 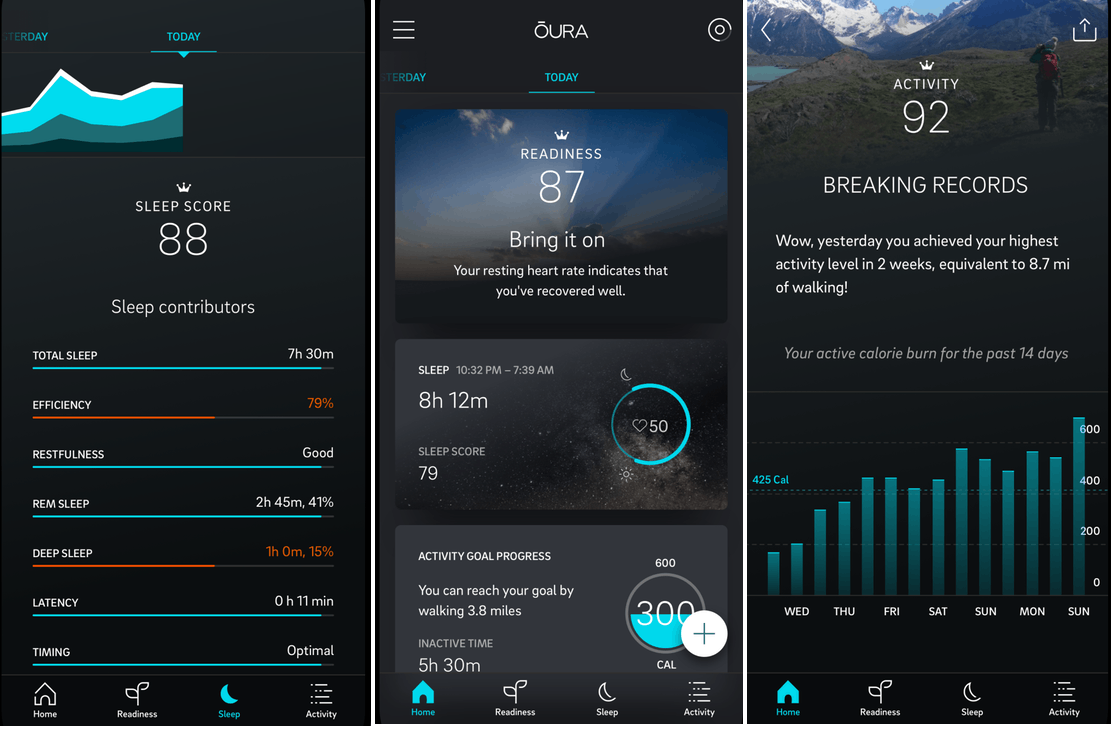 Above: Oura’s data is visible in the Oura app

Oura had previously raised around $20 million from such big-name backers as Will Smith, Shaquille O’Neal, and Lance Armstrong. With another $28 million in the bank, the company said it’s now well-financed to grow its team by “hiring talent that can help further our commitment to helping people live healthier lives, starting with better sleep,” according to a blog post from Oura CEO Harpreet Singh Rai.

The caliber of investor is also notable here. Google launched Gradient Ventures back in 2017 with a specific focus on AI startups, while Forerunner Ventures has a slew of ecommerce and consumer portfolio companies on its roster, such as Birchbox, Bonobos, and Dollar Shave Club.

“Oura helps customers better understand their bodies through data — this data is enhanced through AI, and Gradient is the fund focused on supporting and building AI-powered companies,” Rai said. “Oura is a consumer product, and no one understands ecommerce and consumer behavior quite like Forerunner Ventures; they’re the best at leveraging technology to identify and directly address consumer needs and pain points.”

As a result of their respective investments, Forerunner partner Eurie Kim will now join Oura’s board, while Anna Patterson, a Gradient Ventures partner and VP of engineering at Google, is now a “board observer.”

“From her role as VP of engineering at Google, she has a deep well of experience integrating AI into consumer products — expertise Oura is eager to learn from,” Rai continued.

Then there is Square, a somewhat curious addition to Oura’s investor lineup — but there are some synergies between the companies. Indeed, Square’s head of hardware Jesse Dorogusker previously worked on the original iPod team at Apple and has subsequently been instrumental in Square’s growth — he now joins Oura’s board of directors.

“He has an eye for beautifully designed hardware and has scaled supply chains for new and innovative products,” Rai said. “He took Square’s hardware team from five employees to over 200 and understands engineering and operational excellence.”