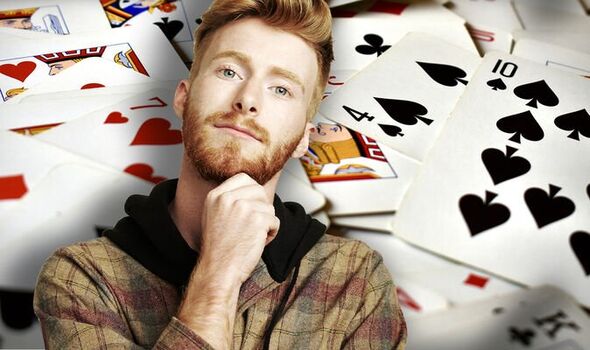 Card game Solitaire (or Patience) has been around for decades, but it wouldn’t explode in popularity until it started appearing on Microsoft PCs back in the 1990s. A deceptively simple game, Solitaire is played by thousands of people every day, whether on phones, desktops, tablets and even with a traditional pack of cards. If you’re a fan of Solitaire and need a little helping hand scoring a victory, then check out these handy hints courtesy of the Solitaired website.

A common mistake is always trying to complete single stacks. If you have a choice to either keep two separate stacks of four cards each or merge them to make a single pile of 8, leave them separate unless combining them will help you uncover a down card.

If you have space for only two long stacks, try to build them in an opposite colour pattern from each other. For example, if the king in your first pile is red, make the king in the second pile black – this gives you a greater chance of moving new cards you reveal later in the game.

2. Only clear stacks if you have a king available…

Don’t rush to create an empty tableau space if there isn’t a king to put on it.

If you don’t have one to put there, that blank spot won’t help improve your game. Be smart and wait until you have a king to put there.

3. However you should always play kings carefully…

Try to think a few turns ahead, when working out which king to play. Always use the king that will help uncover the most cards.

Check to see which of your kings has more currently exposed cards that will work with it. For example, a red king means you need a black queen, a red jack, a black 10, a red nine etc. If these cards are available to continue your new stack, then play the king asap.

Playing the “wrong” king can cause mayhem. If you have a red queen, black jack, and a pile of cards on top all the way down to four, you could leave yourself blocked by playing a red king in the empty space. With nowhere to move your red queen stack, all the cards beneath them will be trapped!

Be strategic and wait for a black one instead, which you can then stack.

The classic family-friendly board game where the aim is to buy properties and make the most money.

Solitaire has four “ordinary cards” – five, six, seven and eight – which hold up the platform of your game. Playing them too enthusiastically, though, could lead to your downfall…

If you need to use them, think carefully about whether they meet a specific set of criteria:

– Your card organises the suit (not the shade) of the following higher up card in a comparable shading.

– This is useful because it prevents sticking. So, if you’re considering playing a seven of clubs on an eight of hearts, the following nine up must be a nine of clubs

5. Move cards from the biggest pile of facedown cards…

Examine your columns – which has the most hidden cards beneath it? If you have two cards that could be moved onto a new stack, you should move the one with the greatest number of down cards below it. This allows you to reveal as many hidden cards as possible.

Remember, aces and twos won’t help you reveal more hidden cards. There’s nothing that you can stack on top of aces, so move them sharpish. The same goes for twos. Put them in the foundation as soon as you can, or they will hold you back.