I haven’t played enough of Vampire: The Masquerade – Bloodhunt to form any real opinions about it, but my first experience with the game triggered memories of a long-forgotten game called Underworld: Bloodline that took over my entire summer in 2003. I doubt many will remember this bizarre Half-Life mod/Underworld movie tie-in, but the rush of nostalgia I suddenly have for it is too powerful to ignore. Underworld: Bloodline was a way better game than it had any right to be, and I’d much rather see a spiritual successor to that than yet another attempt to reimagine the free-to-play battle royale genre.

Underworld: Bloodline, not to be confused with Vampire: The Masquerade – Bloodlines (though I’m sure similarity was intentional) was an asymmetric multiplayer FPS created to promote the first Underworld movie. If you weren’t around during the golden era of Half-Life mods, understanding Bloodline will take a bit of explaining.

In the olden days, ‘mod’ used to mean something very different. Mods can be anything from little tweeks to game settings, to new assets, to overhauls to specific systems. You download them from places like Nexus Mods or the Steam Workshop and layer them on top of already existing games. There’s a Kingdom Hearts 3 mod that turns Sora’s keyblade in a lightsaber, an Elden Ring mod that makes the game easier, and a Cyberpunk 2077 mod that changes the weather. Independent developers create mods for their favorite games to change features, improve aspects, or add variety to the gameplay.

In the ‘90s and ‘00s, mods more commonly referred to full games built using the engines and tools from existing games. While there are still examples of this today, like The Forgotten City, which began as a Skyrim mod, it’s impossible to compare to the sheer number of mods that were coming out on a weekly basis 20 years ago, largely thanks to Half-Life and the GoldSrc engine.

GoldSrc, a heavily modified version of the Quake engine, is still regarded as one of the easiest engines for new developers to work with, leading to an untold number of original games built on the back of Half-Life and Quake. Team Fortress and Counter-Strike both began as Quake mods before Valve bought the rights and developed new versions in the GoldSrc engine. Other Half-Life mods like Sven Co-op, Natural Selection, Science and Industry, Action Half-Life, and Ricochet were some of the most popular GoldSrc games. 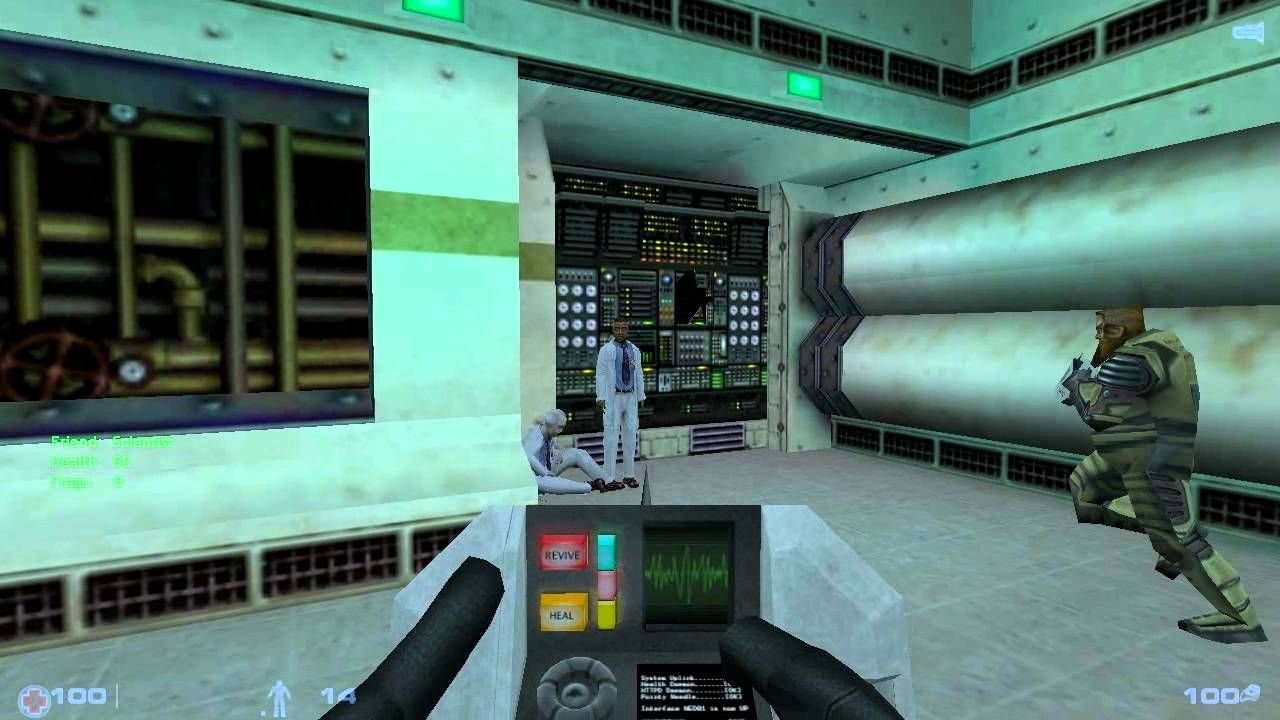 Half-Life mods were so popular and easy to make that when it came time to promote its upcoming gothic action movie, Underworld, Sony enlisted a mod team called Black Widow Games to make one. Black Widow Games was well known for developing promotional Quake and Half-Life mods, most notably the They Hunger series for PC Gamer. For Underworld, the studio borrowed elements of Counter-Strike and another popular Half-Life mod, Vampire Slayer. Underworld: Bloodline was developed in just two months and launched two weeks ahead of the movie.

Like the film, Bloodline is about the secret war between Vampires and Lycan waged on the streets and rooftops of Budapest. Each faction has four classes to choose from that correspond to unique weapon loadouts. Both factions have access to sniper rifles, hand blades, pistols, and venomous spiders that chase opponents and poison them, but some weapons are faction specific. Only Vampires can use whips and throwing stars, while Lycans have access to grenades and arm blades. Additionally, Vampires have the ability to jump on top of buildings to attack from the high ground, while Lycan have super speed that allows them to avoid enemies and reach objectives faster.

The maps and game modes are what really make Bloodline unique. A mix of Counter-Strike’s Hostage Rescue and Capture the Flag, Bloodline tasks both factions with controlling an NPC Hybrid character. Each of the four maps have a slightly different objective. On Factory, the Vampires control the Hybrid while the Lycan attempt to capture them. The roles are flipped on Train, where the Lycan need to transport the Hybrid through the city on a train while the Vampires try to stop them. On Fortress, both factions try to capture a Hybrid from each other, while on City the Hybrid are spread all around the map and both factions compete to retrieve as many of them as possible.

The mod was available on the Sony Pictures website until the end of 2007, but like most GoldSrc mods was eventually abandoned as the Source engine and eventually Source 2 came along. This was the last project Black Widow Games worked on and, as far as I know, the only officially licensed Half-Life mod made for a Hollywood film. You can still download the program files from Moddb, though I wasn’t able to get it working myself.

Vampire: The Masquerade – Bloodhunt has a lot in common with Underworld: Bloodline, which is why I was suddenly reminded of a game I haven’t thought about in 20 years. Not only is it about vampires with automatic weapons in a European city, but it also features classes with unique powers, NPC characters, and the ability to jump on top of rooftops and run with super speed. If it was a traditional hero shooter instead of a battle royale, it’d have everything I loved about Underworld: Bloodline. You have to appreciate the irony that White Wolf Publishing once sued Sony over the similarities between Underworld and Vampire: The Masquerade. Here we are 20 years later, and the roles are reversed. 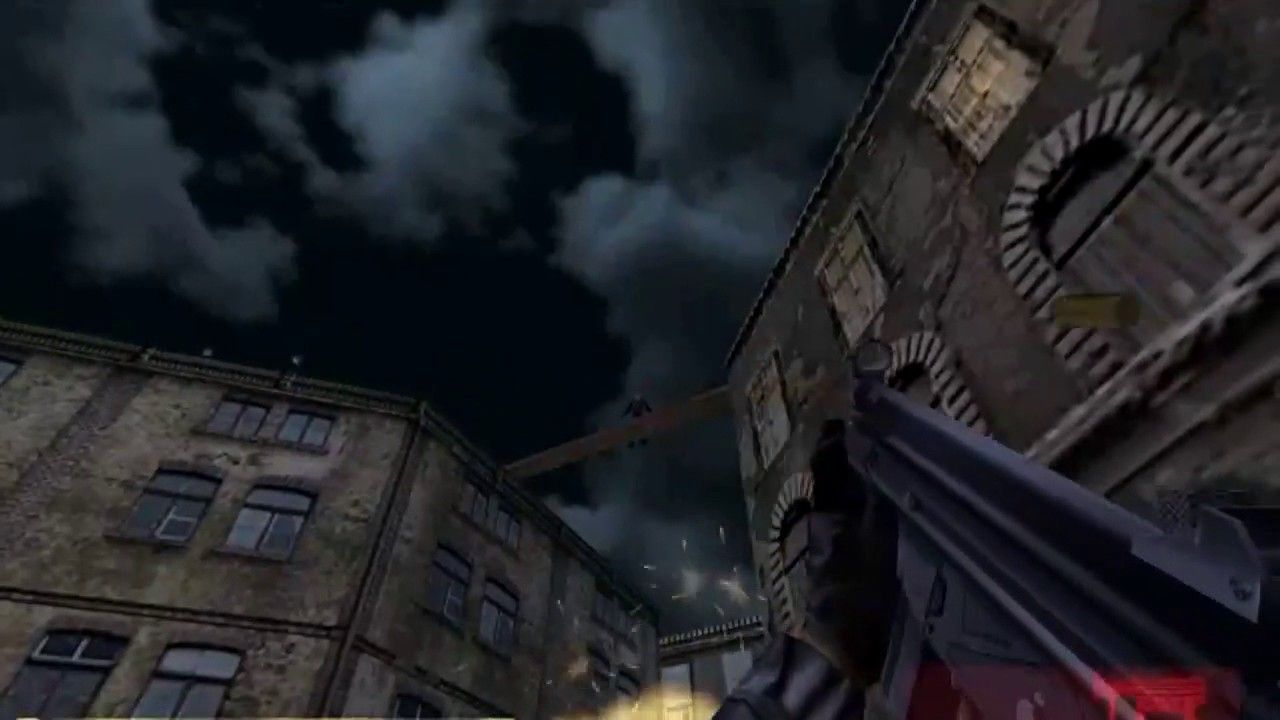 Do you remember this game? Would you play it today? Drop a comment or ping me on Twitter. Or don’t. Just remember it privately if you want to. If you happen to be a developer at Sharkmob AB working on Bloodhunt: you know what you have to do.