In Soul Hackers 2, artificial human Ringo is deployed by the super-intelligent technological consciousness Aion to prevent a world-ending catastrophe from taking place. In order to facilitate Ringo's success in this endeavor, she's provided with the skills and equipment of a Devil Summoner, a local profession of warriors, spiritualists, and bounty hunters.

What exactly is a Devil Summoner, though? Surely humans could never hope to contain and manipulate the unknowable powers of demons, could they? Well, not only can they, but there's an entire culture and industry surrounding the practice dating back hundreds of years. Let's take a brief voyage through history to determine the origins and day-to-day of a Devil Summoner. 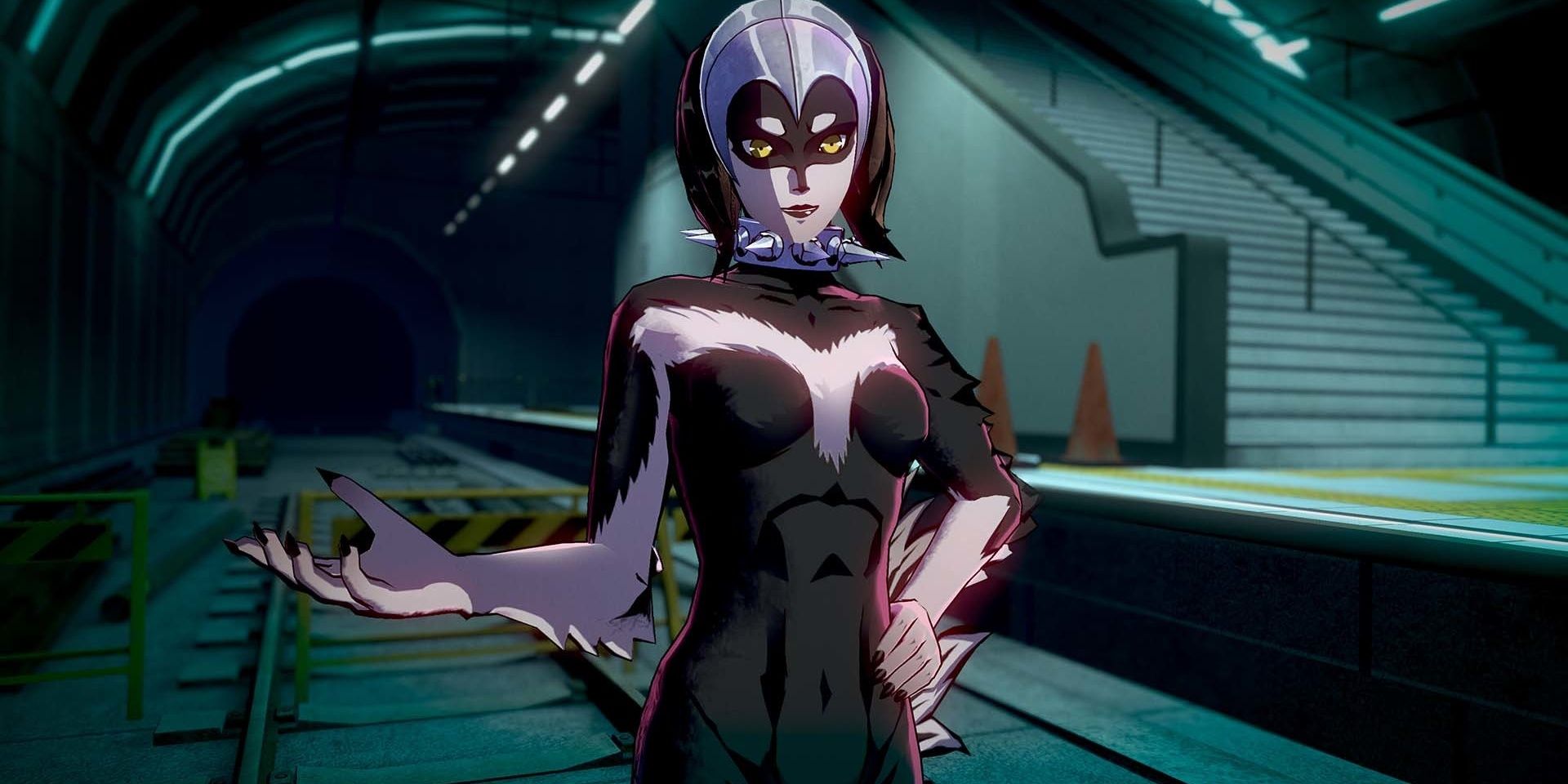 Demons and mankind have coexisted to a certain extent for about as long as either has existed. Some demons, such as the angels of heaven, are directly created by higher beings like gods, while other demons like fairy folk and rumors arise from the emotions of mankind. There are a lot of demons out there, but humanity is, for the most part, generally unaware of their activities unless they make themselves known.

Many demons enjoy feeding on humans and utilize a variety of strange, mystical abilities to facilitate their feeding, though they also have a general understanding of give and take. Give a demon something they want, be it a thing, a service, or some of your life force, and they'll happily go along with whatever you ask.

That understanding was a crucial half of humanity's eventual ability to contract with and utilize demons, but the other half is spirituality. Whether due to genetics or external factors, some humans are naturally attuned to the ways of demons and supernatural events. Through extensive study and practice, humans can manipulate the inner wellspring of their souls to utilize magic. With the power of magic and the knowledge of demon negotiation, the very first Devil Summoners were able to bind lesser demons to their will. During this initial period, Devil Summoners were mostly a thing of myth and rumor. Obviously, the populace would react poorly if you just summoned a demon in the middle of the street, so these early Summoners kept their pursuits quiet and covert.

The Invention Of The COMP 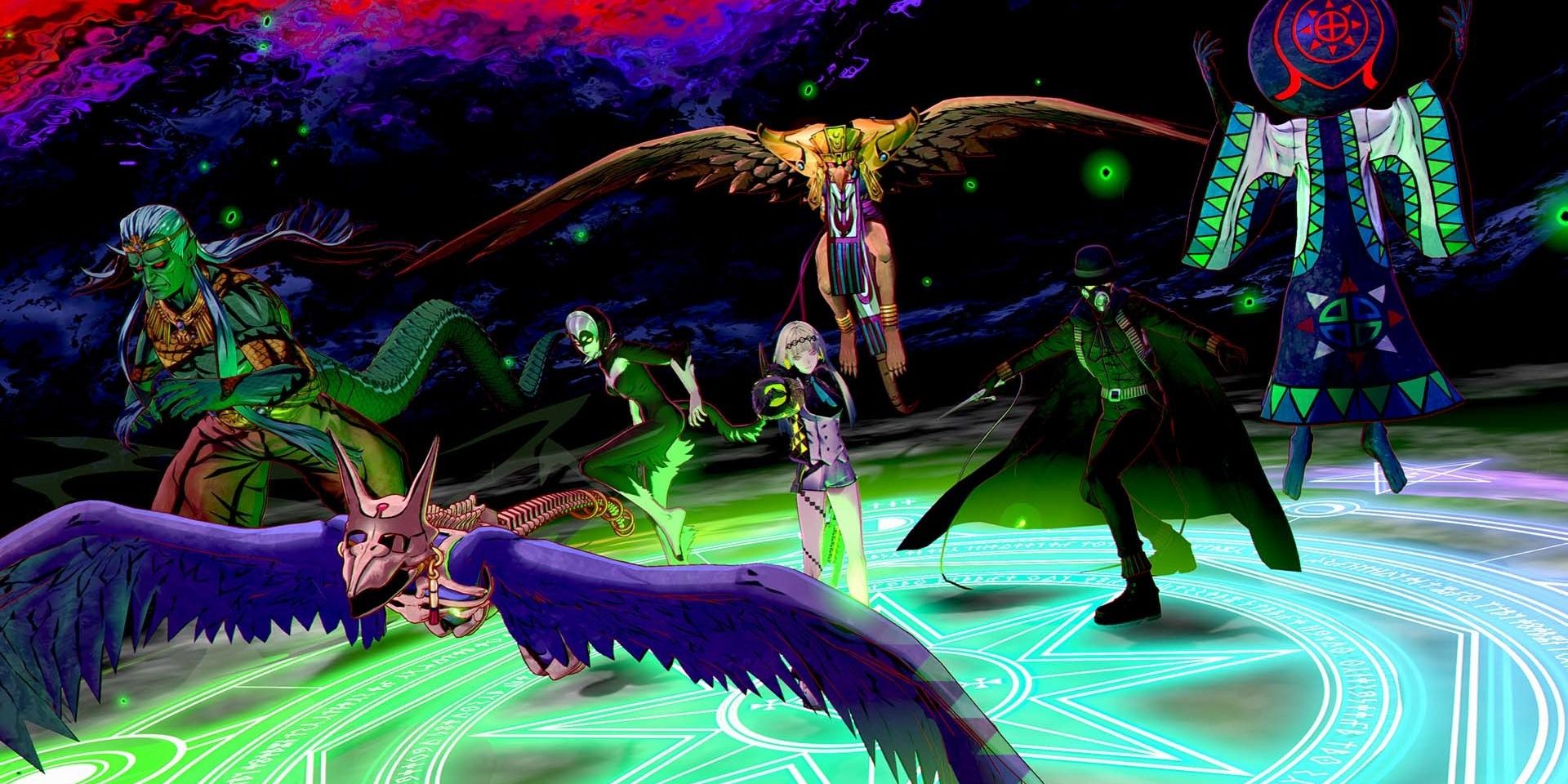 In the olden days, contracting with a demon was a bit of a clunky process. Summoners needed to keep them nearby at all times to maintain their connection, which in turn caused a constant strain on their spiritual power. It became a little easier with the invention of Confinement Tubes, enchanted vials that could shrink and store demons safely, but it wasn't until the digital age that Devil Summoners really entered their renaissance.

At an indeterminate point in the past, an unnamed Devil Summoner realized that, by pouring a bit of magic into a computer terminal, they could digitize demons, storing them as data and summoning them back with a few quick keystrokes. This first digital demon summoning was rather slapdash, requiring extensive computing power just to manifest one demon, but as time went on and technology evolved, portable demon summoning devices were developed. These were the first COMPs, devices that became an essential part of any Devil Summoner's arsenal. With a COMP, a Devil Summoner can keep multiple demons on their person, sustaining them with ambient emotions from the internet rather than their own souls.

With the aid of prominent demonologists like Dr. Victor, COMP research exploded in the 21st century. By the time of Soul Hackers 2, a COMP system can be fitted into just about any innocuous weapon, object, or device you can think of. One of the common choices is a COMP-equipped gun, also known as a "GUMP," but you can also stick a COMP into a sword, a spear, a book, or even something silly like a saxophone. As long as you don't mind lugging it around with you, you can use it to summon and manage demons. 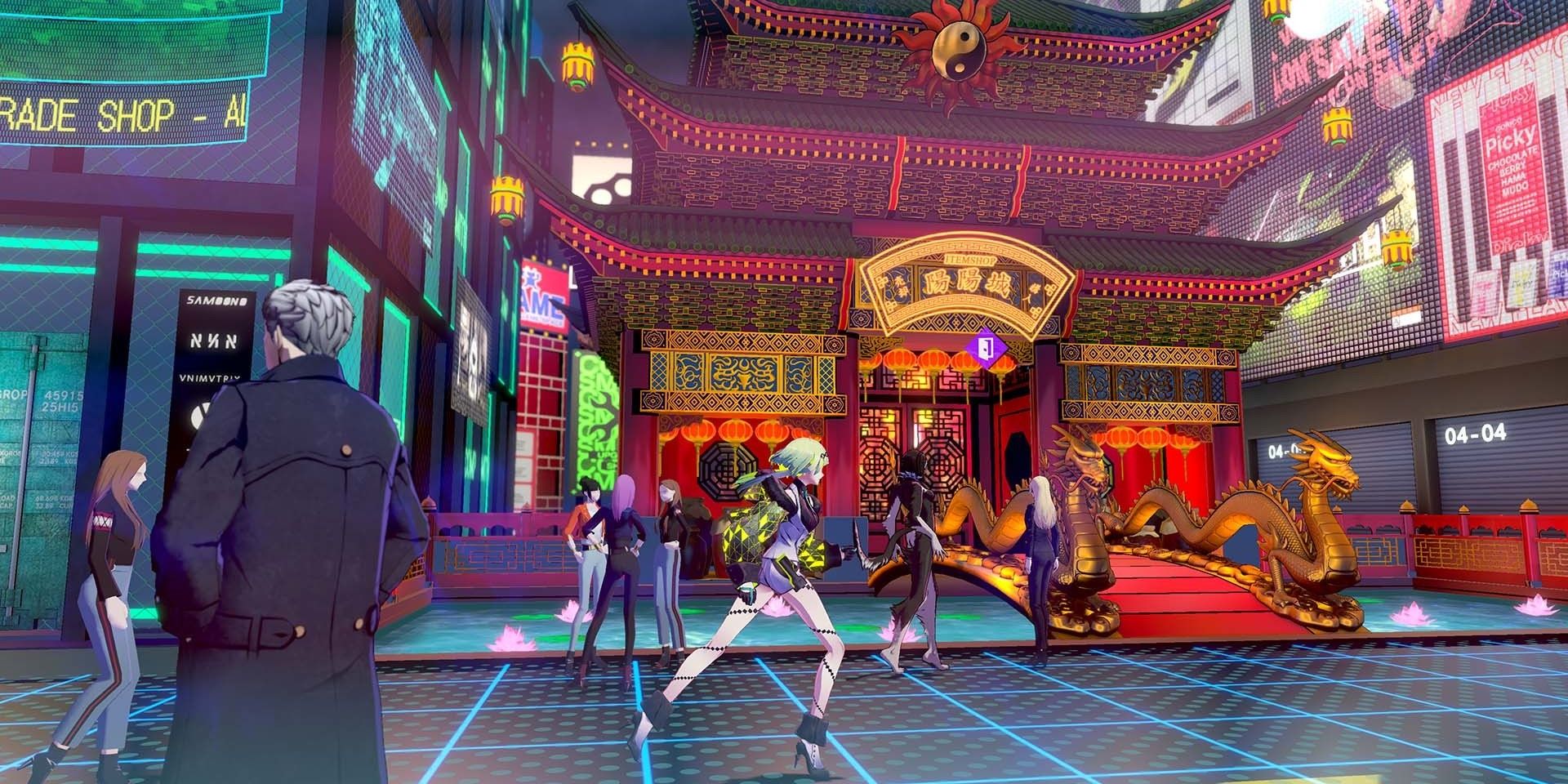 However, much like people themselves, not all Devil Summoners have noble goals. Those who use the power of demons to commit crimes like theft, murder, or worse are usually branded as "Dark Summoners" and are hunted down by contracted bounty hunters. Individual Dark Summoners are a problem, but not an existentially large one. The bigger concern is the other major Devil Summoner Organization, the Phantom Society. The Phantom Society's Devil Summoners use their demons to control society from behind the scenes, worming their way into prominent governmental and business positions to subjugate humanity. Rumor has it that their ultimate goal is to summon forth a terrifying deity of darkness to end the very world as we know it.

Yatagarasu and the Phantom Society have been in conflict for decades, to the point that they've actually had to establish neutral zones to keep a lid on the bloodshed. In these neutral zones, Devil Summoner businesses like COMP smiths, material synthesizers, and fusion labs peddle their wares to the Devil Summoner community at large. Most Summoners tend to enlist with either Yatagarasu or the Phantom Society, but there also exists a healthy community of Devil Summoner freelancers that lend their services to the highest bidder.

Devil Summoning has become so simple and common that it has become an industry in itself, in spite of the worrying implications of flinging demons around. As long as demons exist and humans have the ability to utilize them, though, there will likely always be Devil Summoners. Considering how ubiquitous they've become, it was probably a good call on Aion's part to give Ringo Devil Summoning gear.