The planet Mars has been a hotspot for video gaming for many years now, with most of them focused on trying to survive on the red planet. Developer Auroch Digital and publisher The Irregular Corporation recently launched their team project Mars Horizon, a video game that tasks you with the first and foremost mission of getting to Mars from Earth, and being the first one to do so.

Mars Horizon launched on November 17 to Steam, Playstation 4, Nintendo Switch, and Xbox One. According to the official website, the game “is also compatible with the PlayStation 5 and Xbox Series X.” It’s also under a special 10% launch promotion discount until November 24 on all platforms.

Rather than starting off with gameplay that has you already on Mars, Mars Horizon gives you command of your very own space agency, and challenges you with building everything you’ll need to win the space race from the ground up. You’ll first have to build a base to operate from, design and rockets and spacecraft that are safe and space-worthy, “conduct missions throughout the Solar System, and write your own history of Space exploration.”

Auroch Digital and The Irregular Corporation had some key assistance in creating the game’s authentic space simulation mechanics. The European Space Agency (ESA) and the UK Space Agency both lent their expertise and support to help guide Mars Horizon along the proper development approach vector. Auroch Digital hosts a regular podcast called How To Make a Game, with Auroch Digital, and the episode titled Visiting the European Space Agency relates the story of when the devs got to “show off Mars Horizon to ACTUAL rocket engineers and scientists”, who in turn shared “their thoughts on running a space agency and the challenge of converting that into a video game.”

A Mars Horizon FAQ post on the Auroch Digital blog also shares a few more details about the game, including how the devs’ time and research with the ESA greatly influenced the game’s random number generator setting of “true randomness”. It’s also noted how the research helped the game develop an immersive real-world approach to modular rocket design, as well as how to represent diplomacy between space agencies. 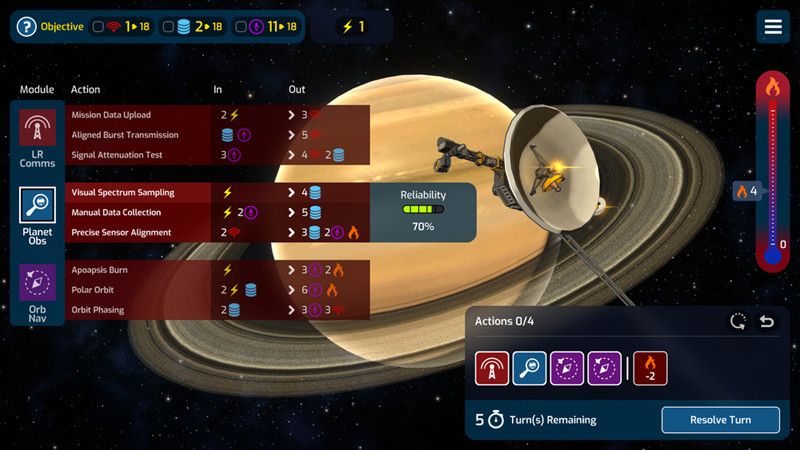